Using a telescopic approach to research and design, the aim of the Agri>Coastal studio was to develop scenarios, typologies, and generative spatial principals to restore nutrient balance in the Mississippi River Basin. Every summer, hypoxia threatens the economic and ecological vitality of the northern Gulf of Mexico, the nation’s largest and most productive fishery. Excessive nutrients, primarily from agricultural inputs, flow from the Mississippi-Atchafalaya River Basin into the northern Gulf of Mexico, where they deplete oxygen levels and cause seasonal “dead zones.” By linking upland agricultural systems to coastal hydrologies and ecologies, this course developed a new framework for nutrient cycling in the Mississippi River Basin.

Regenerating the great plains, reducing the dead zone, and reforming the corn industry with a modern twist on historic cattle drives
Greg Dahlke and Abram Eberson 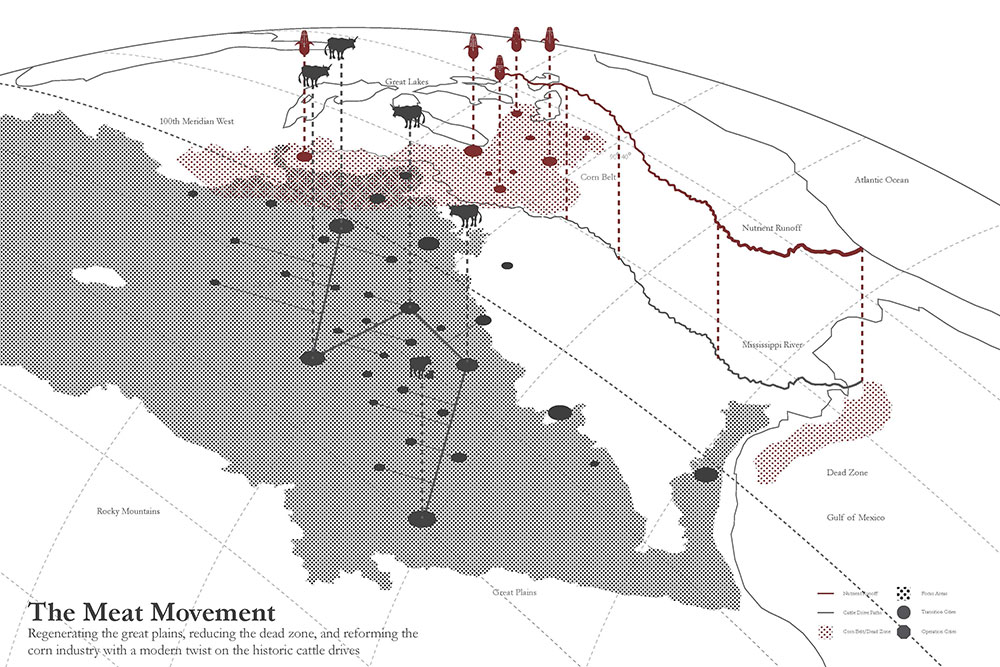 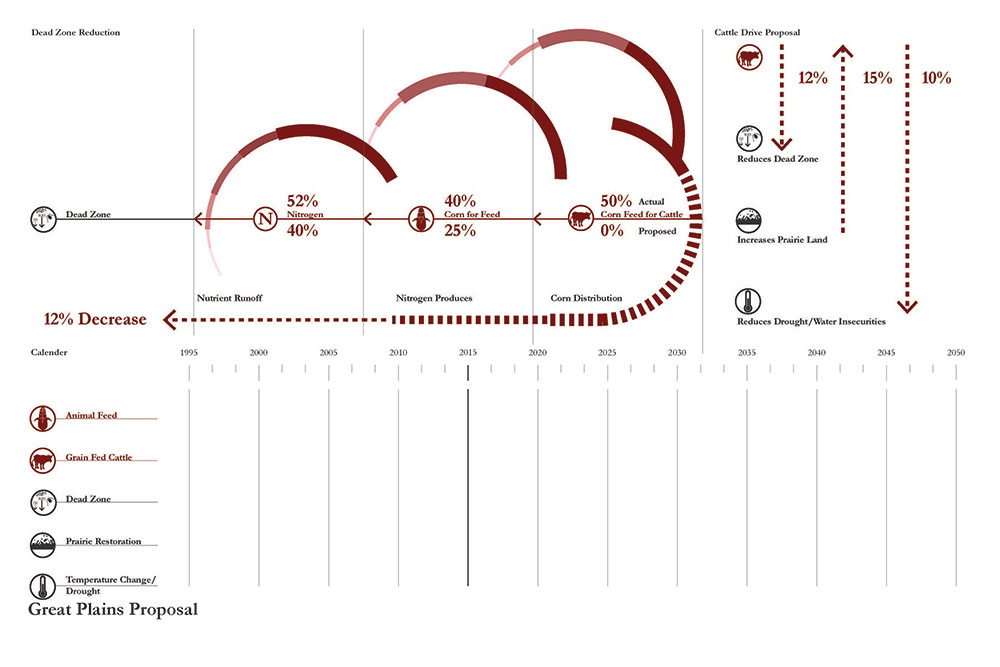 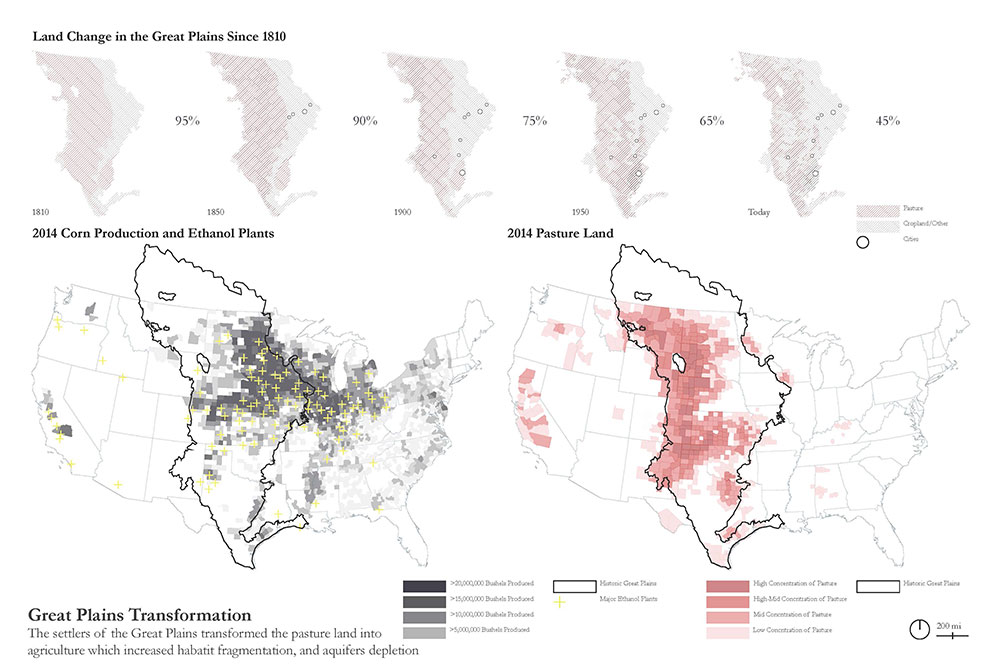 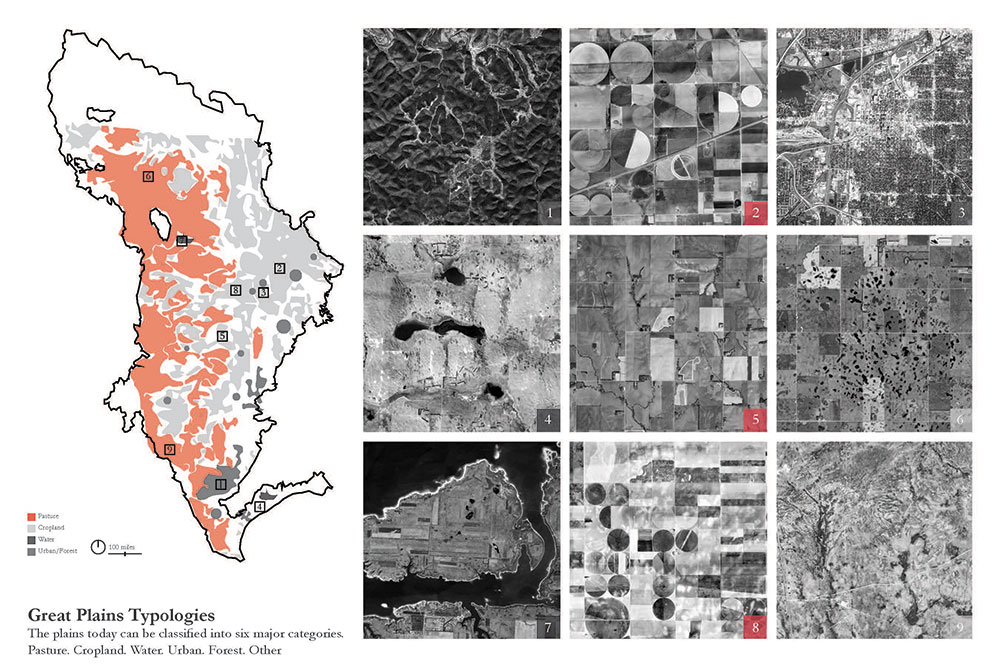 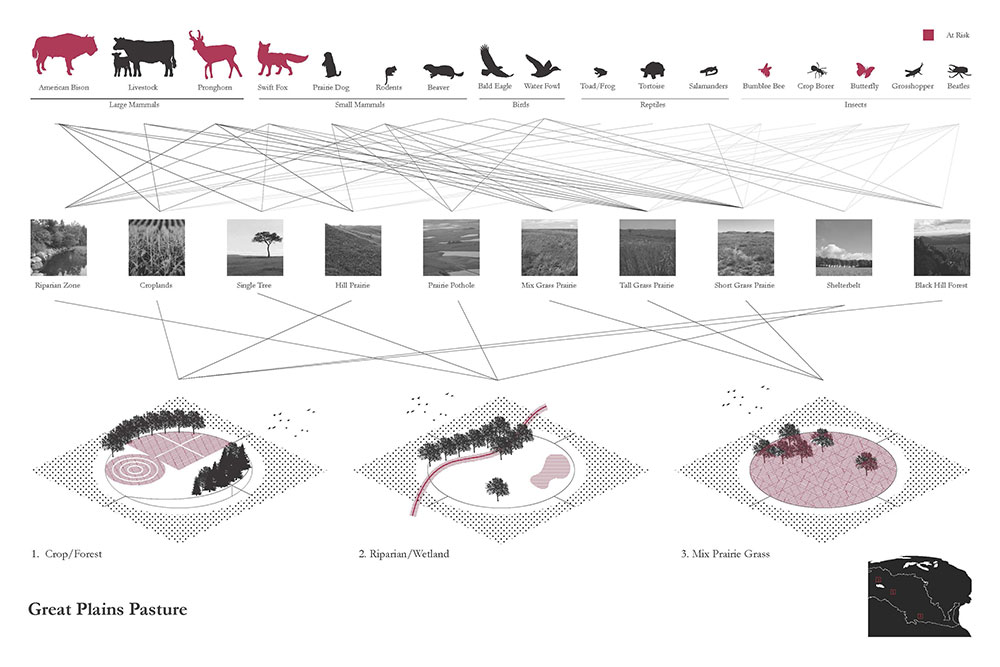 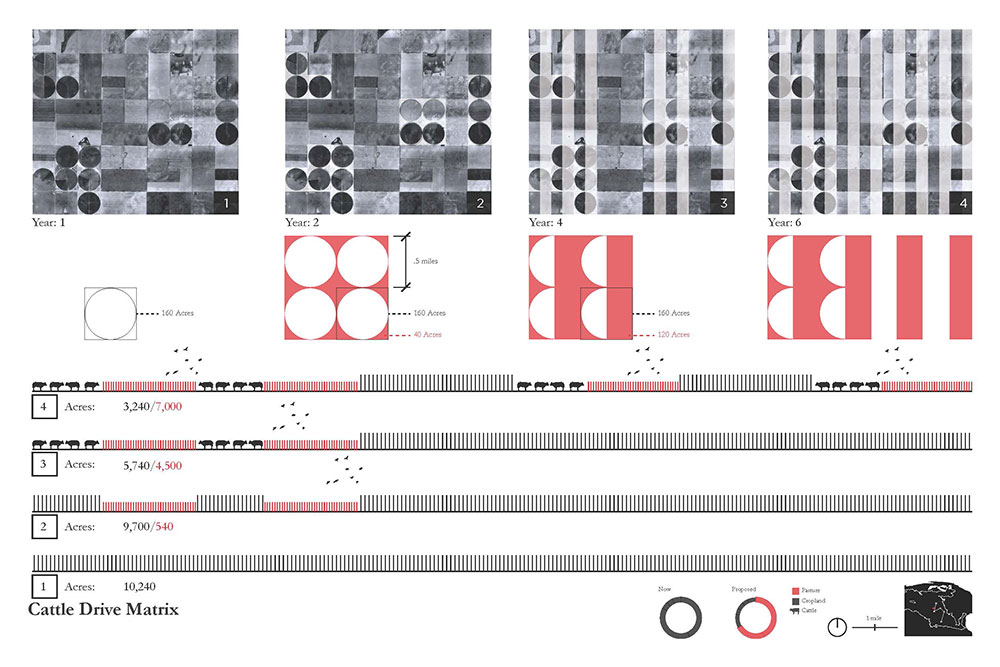 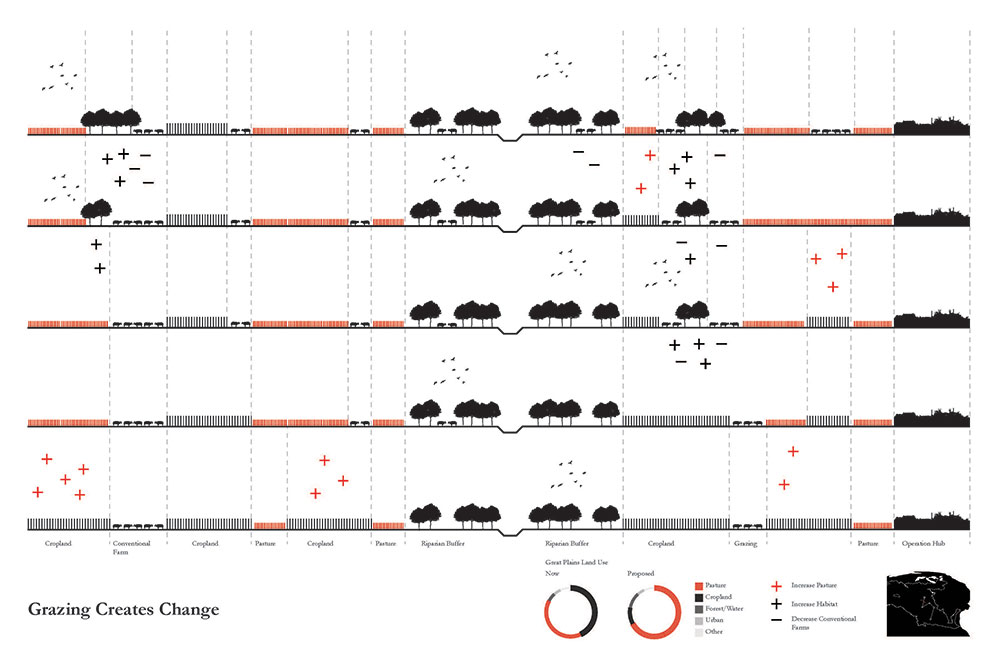 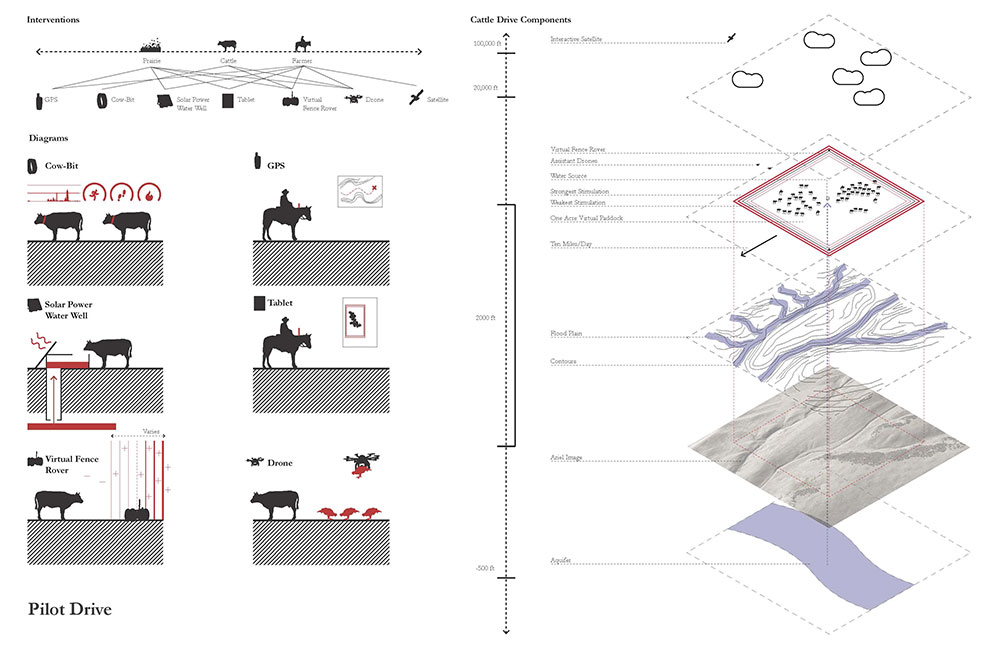 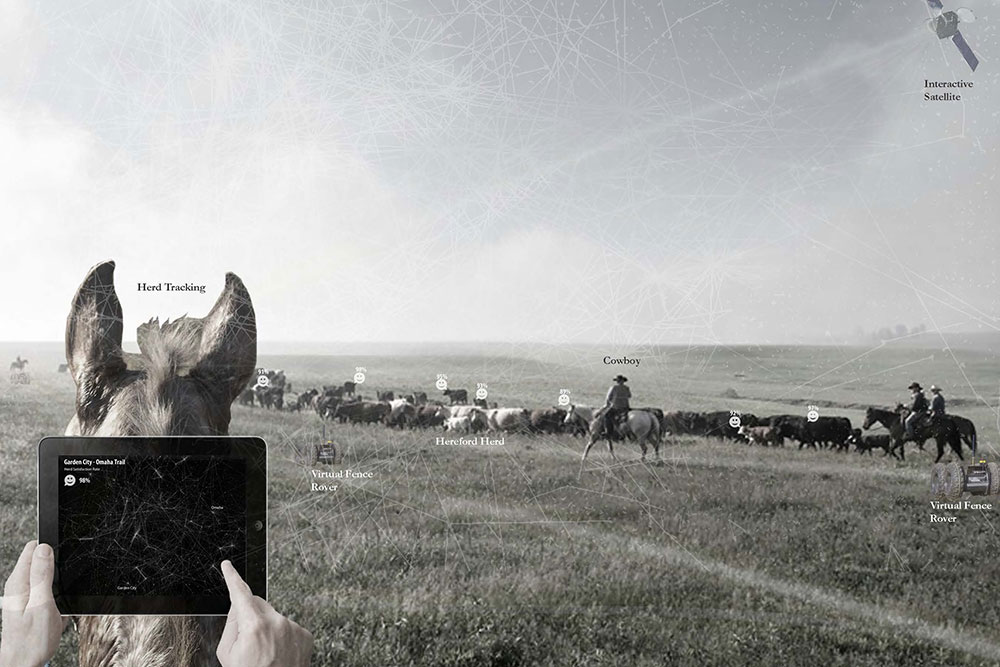 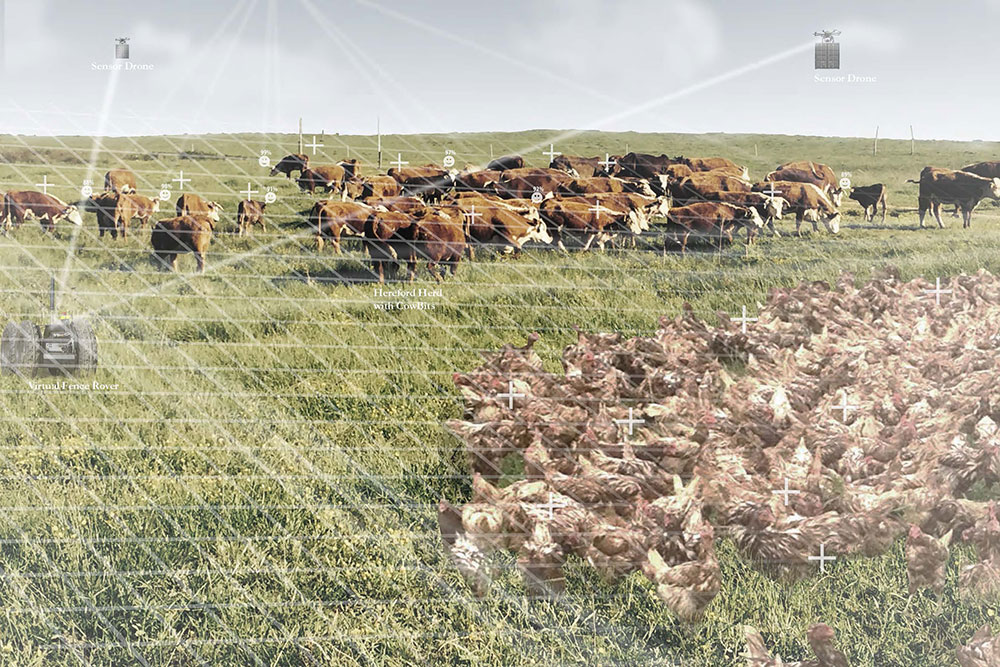 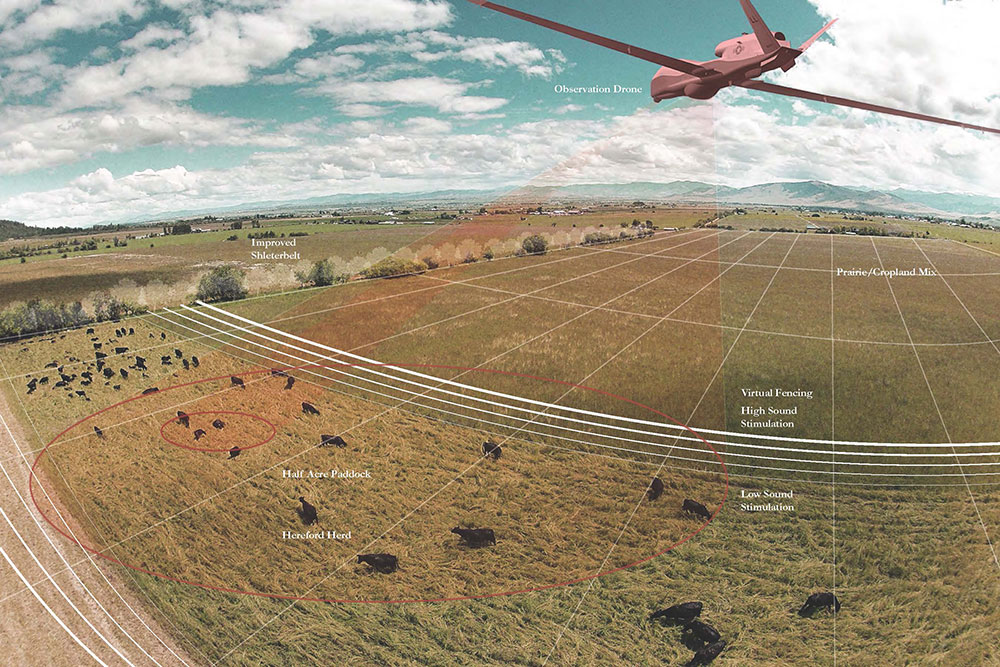 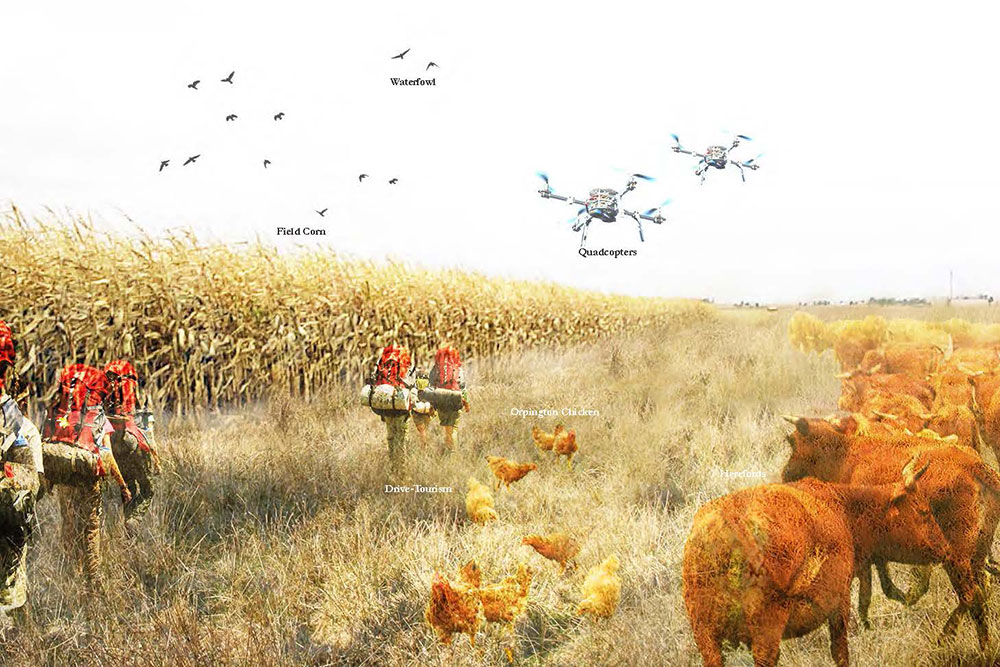 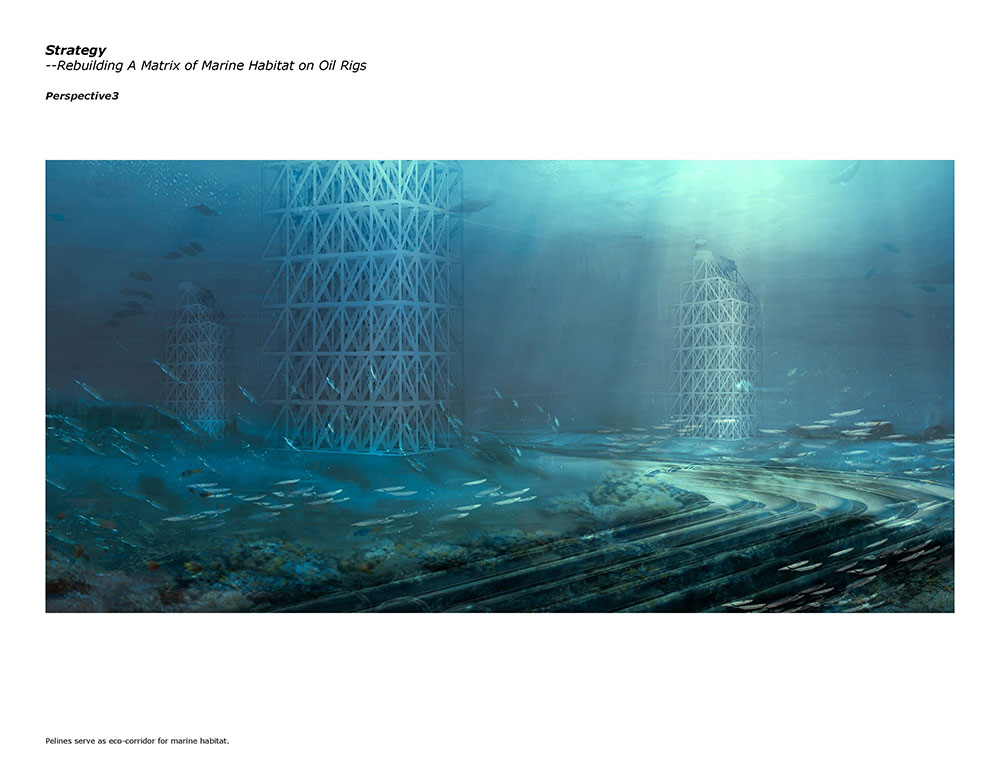 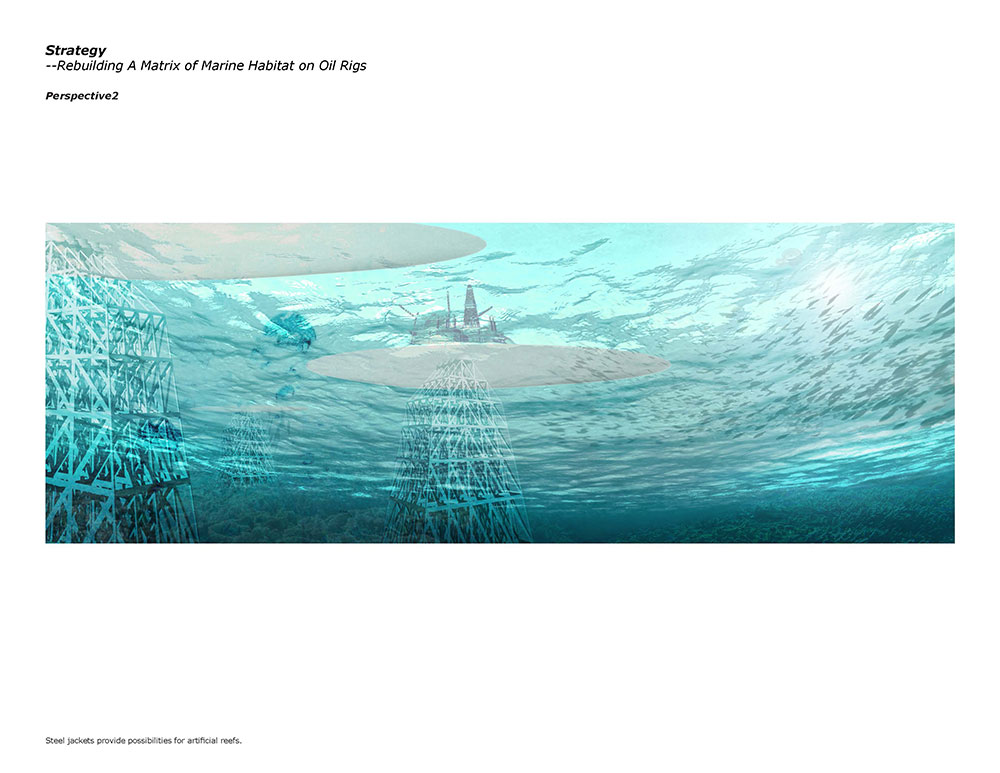 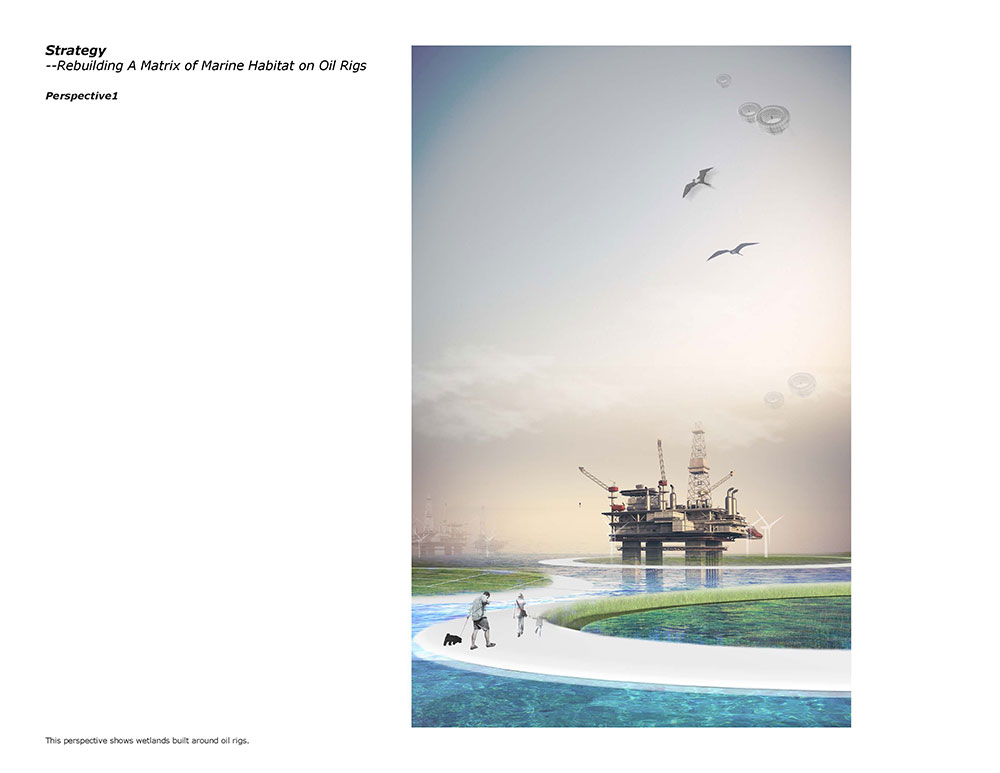 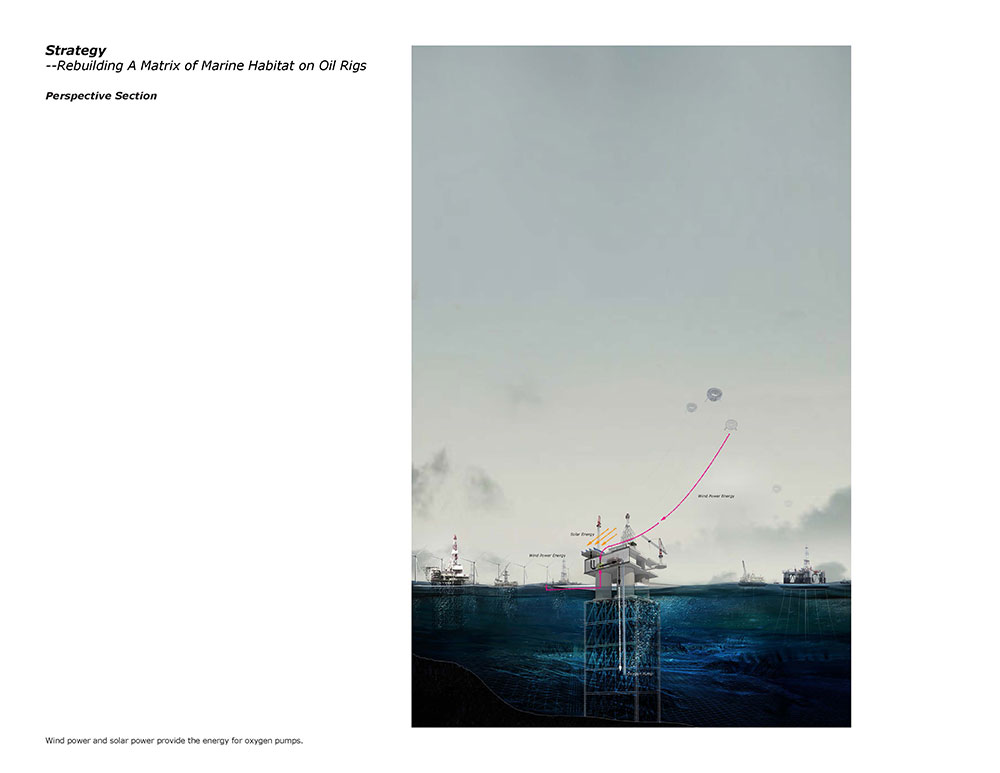 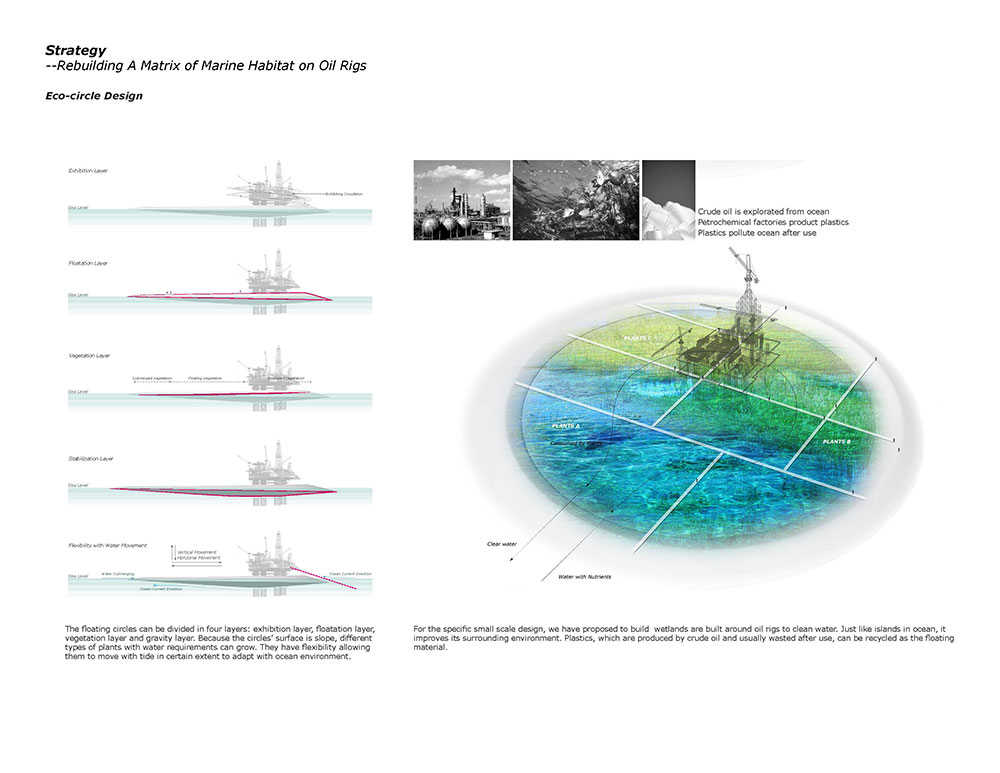 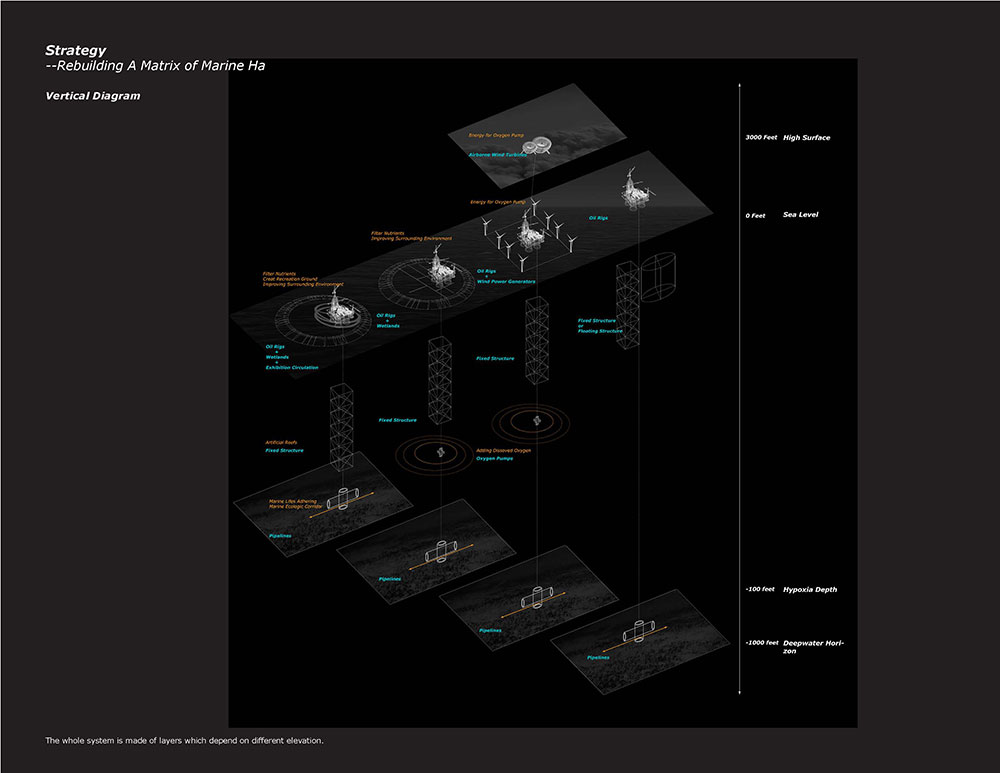 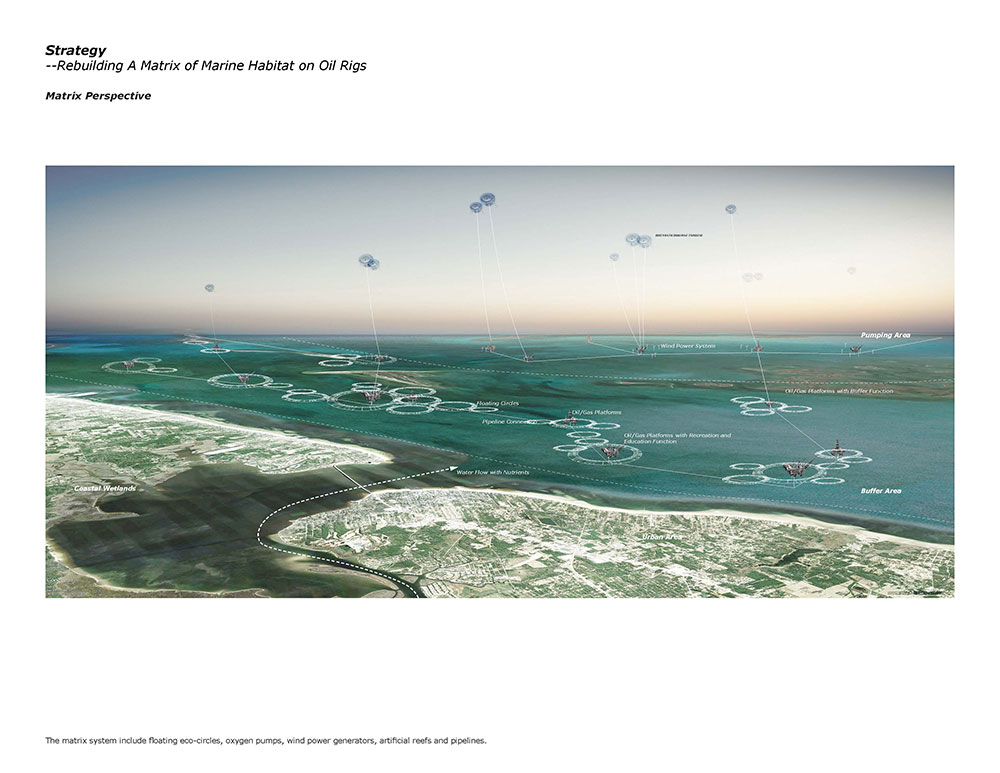 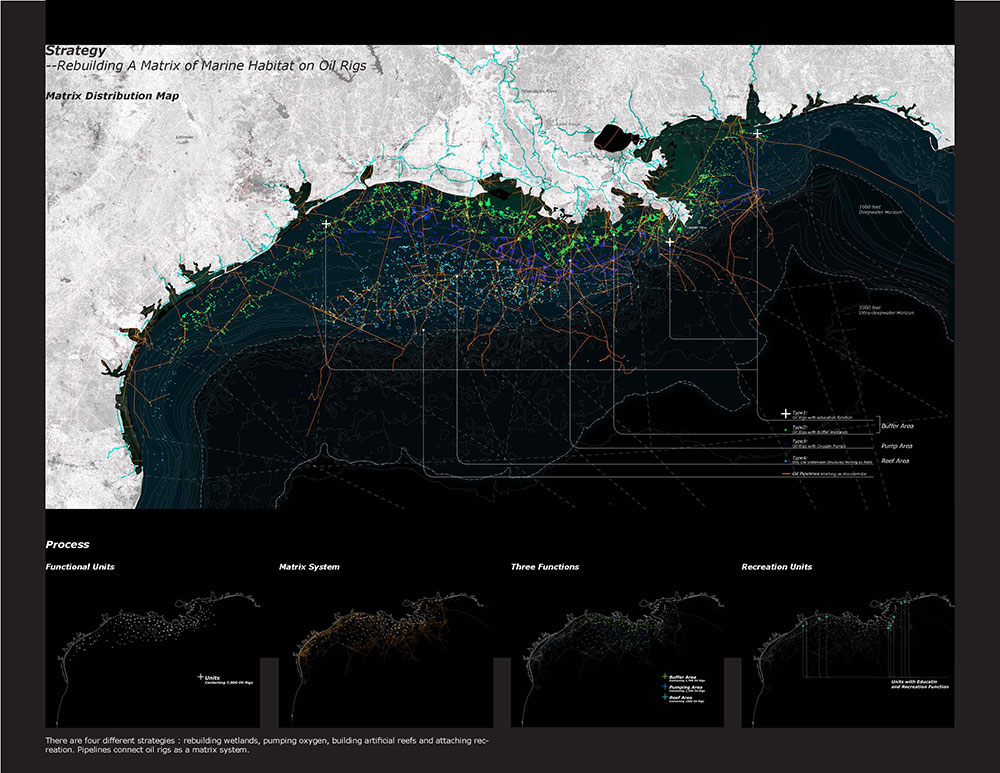 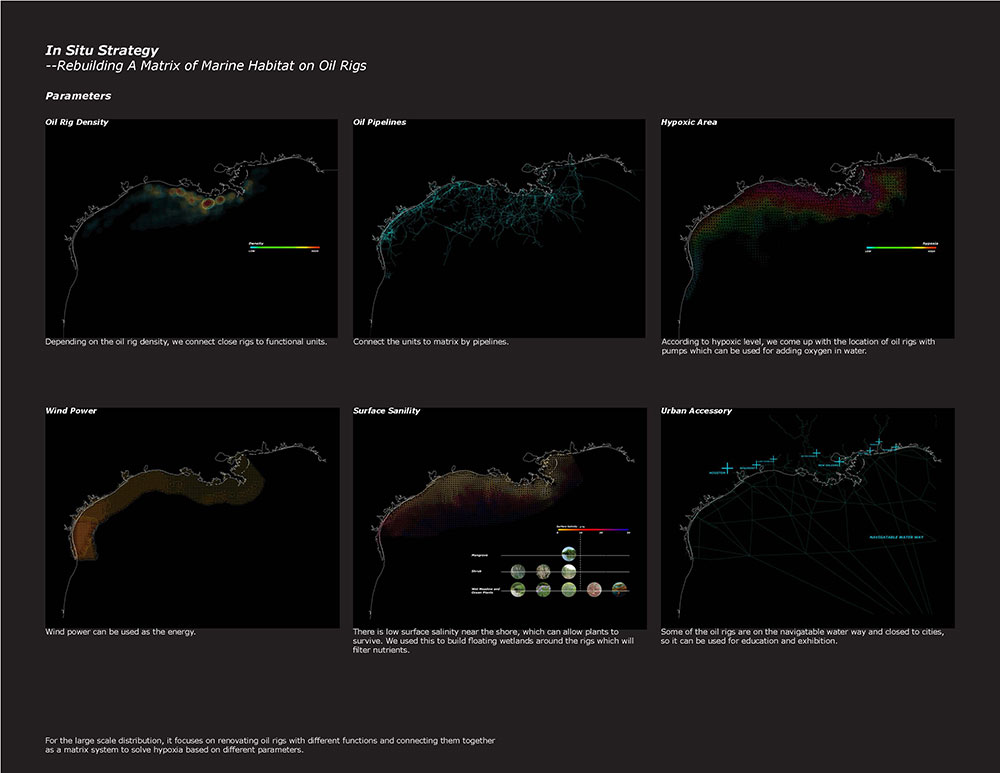 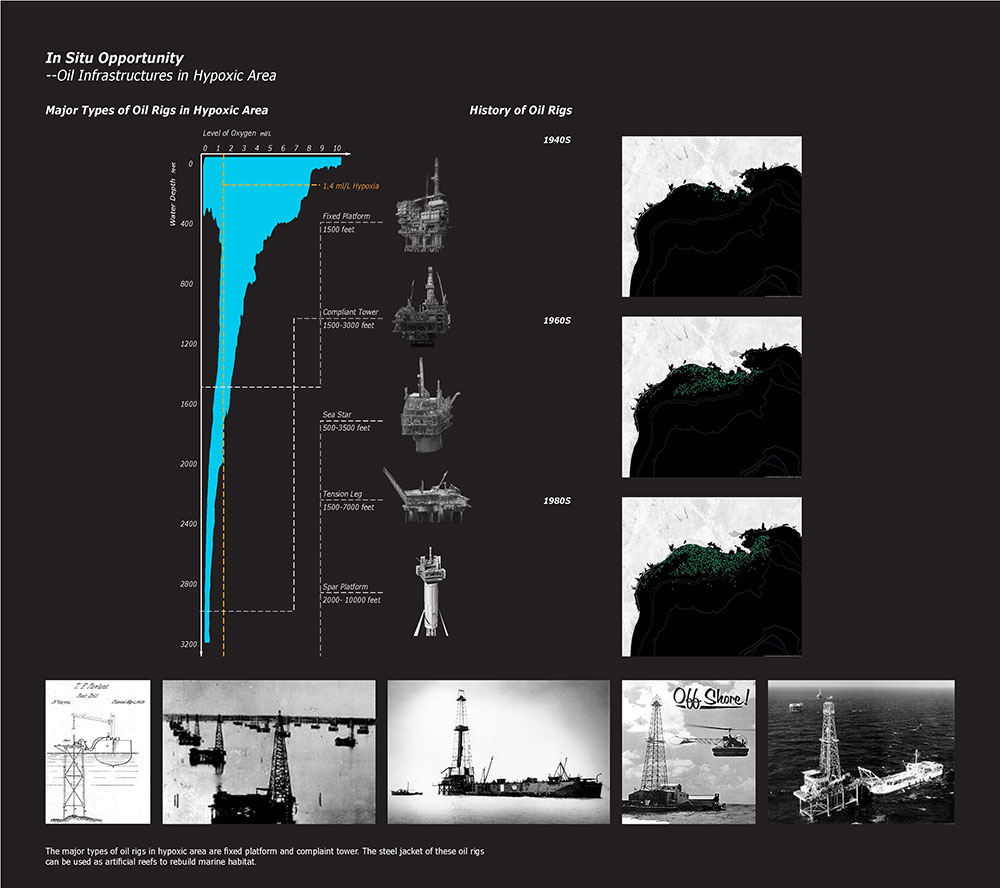 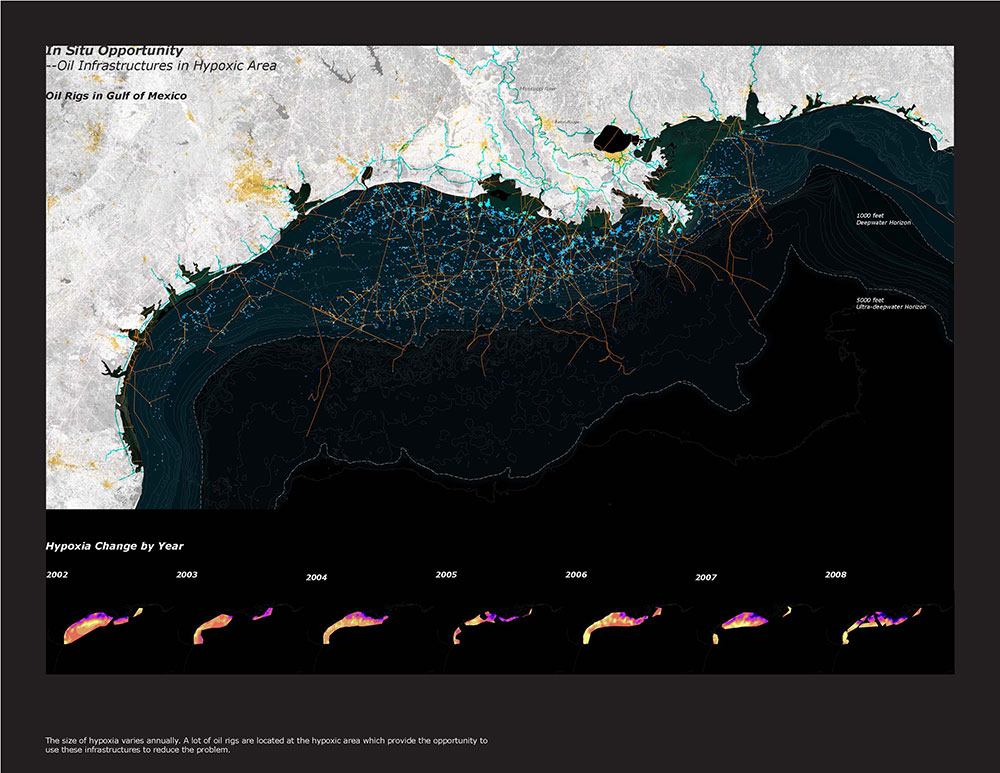 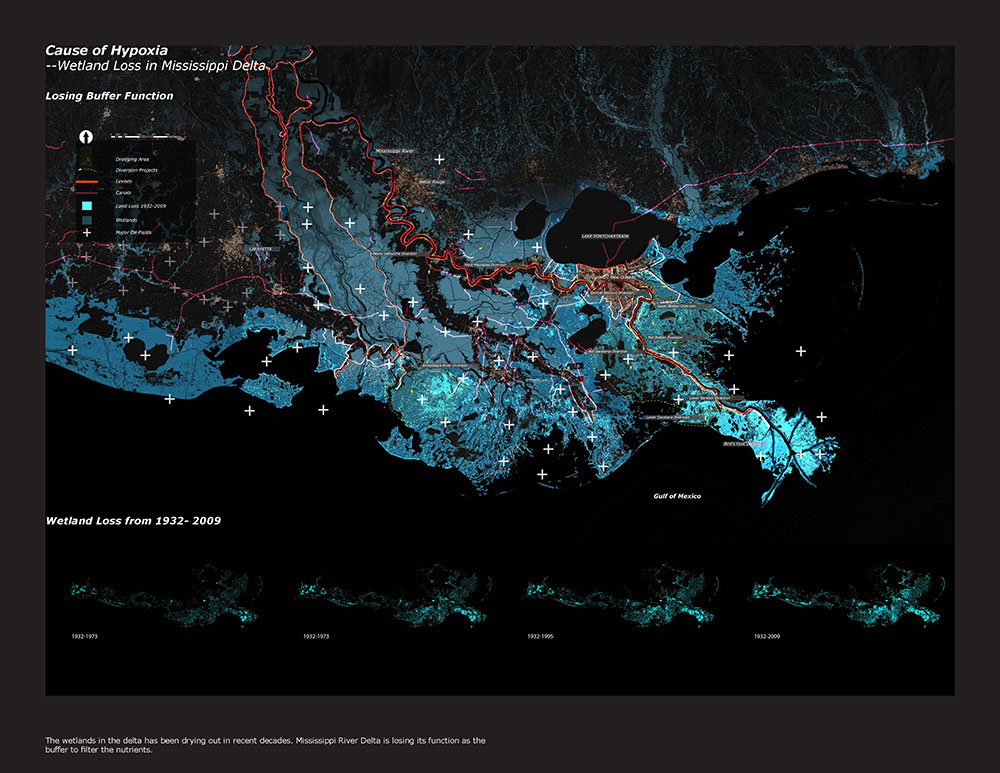 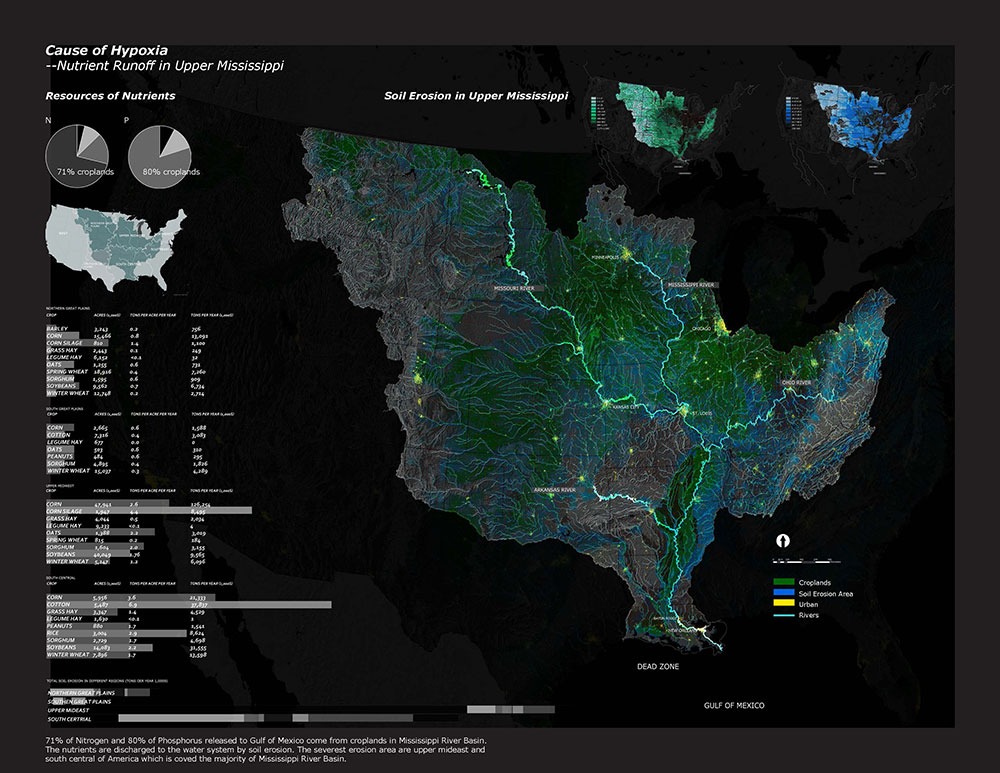 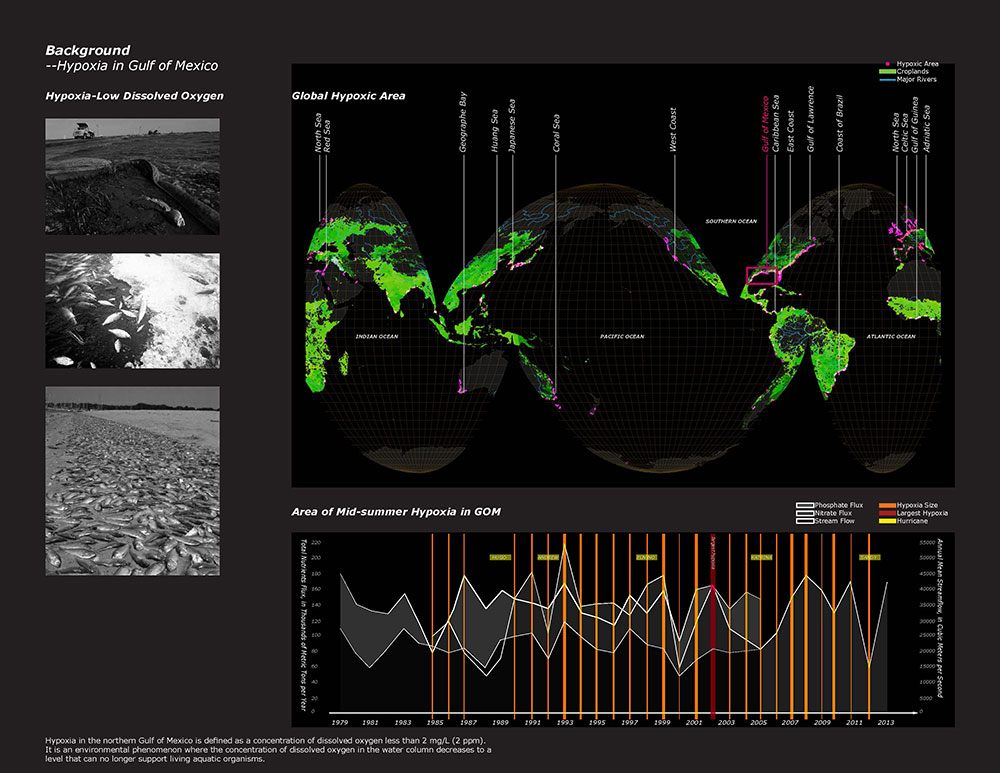