The 2013 award winners were officially announced on October 1, 2013. The Professional and Student Awards honor the top public places, residential designs, campuses, parks, and urban planning projects from across the United States and around the world.

Full project information can be viewed at asla.org/2013awards. The October issue of Landscape Architecture Magazine (LAM) featuring the winning projects is available online for free viewing. October’s LAM will be featured on the end-caps of the magazine sections in nearly 500 Barnes & Noble stores beginning October 14.

Congratulations to the 2013 ASLA Professional Award and Student Award winners and to LSU Press, the publisher of two of the award-winning books! 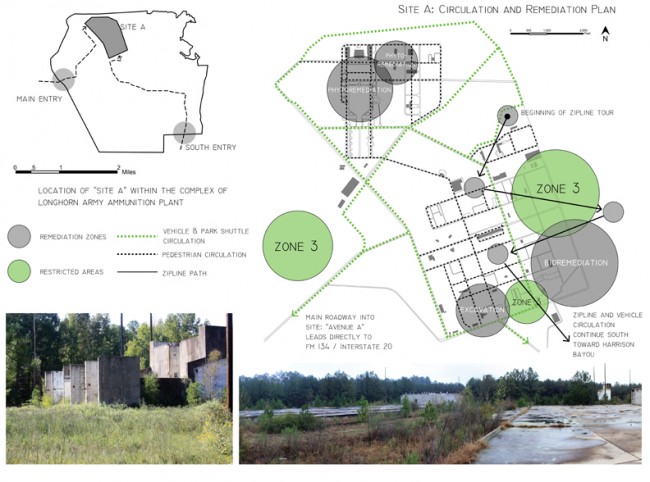 Andrew Doyle, a fifth-year undergraduate landscape architecture student at LSU, received an Honor Award in the analysis & planning category for his project, “Longhorn: In Defense of Change.” His faculty advisors for this project were Associate Professor Lake Douglas and recently retired Professor Van Cox.

Located on the banks of Caddo Lake in northeast Texas, approximately four miles west of the Louisiana-Texas border and 25 miles northeast of Shreveport, Louisiana, Longhorn Army Ammunition Plant is an 8,493-acre World War II–era munitions production facility that was established in 1942.

Doyle described “Longhorn: In Defense of Change” in his project statement as “a response to the existence of an alarming number of contaminated Department of Defense sites within the United States.” His project seeks to provide an alternative to traditional remediation methods commonly utilized by the federal system. 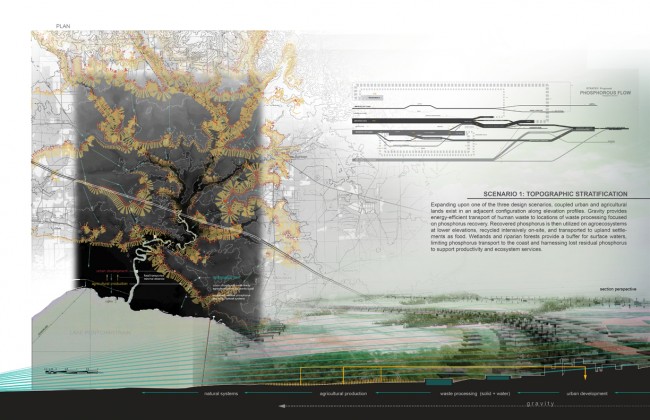 Matt Seibert, a landscape architecture graduate student at LSU, and Eric Roy, a coastal sciences student at LSU with a background in engineering who is in the final year of a PhD program, received Honor Awards in the student collaboration category for their project, “Metabolic Change: Coastal Patterns of Human Settlement and Material Flow.”

“Metabolic Change” investigates a coastal region experiencing population growth largely driven by environmental change as a burgeoning superorganism consuming, transforming, and expelling materials. The regional analysis and plan focuses on this superorganism’s metabolism of phosphorus, a finite resource essential to agricultural productivity and responsible for widespread aquatic pollution. The project integrates an analysis of phosphorus cycling grounded in systems ecology and engineering with a landscape architecture perspective on form to envision sustainable futures of an agrarian urbanism.

Visit asla.org/2013studentawards/344.html for more information about this project.

Lake Douglas, associate professor of landscape architecture and associate dean of research & development at the LSU College of Art + Design, received an Honor Award in the communications category for his book, Public Spaces, Private Gardens: A History of Designed Landscapes in New Orleans, published by LSU Press in 2011.

Public Spaces, Private Gardens uses multiple sources, many of which have never been published, to explore the public and private landscapes of the city of New Orleans and the people who shaped them. The book has also received a Kempler and Leila Williams Prize for Louisiana History from the Louisiana Historical Association in 2011 and an Honor Award from the Louisiana Chapter of ASLA in 2012.

The 2013 ASLA Professional Awards Jury called Douglas’s book, “A wonderful book by an author who immersed himself in the topic and presented it so well. Beautifully written.” 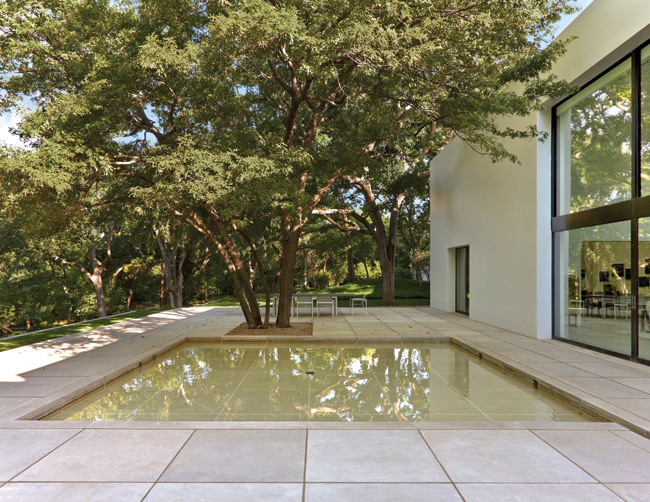 Reed Hilderbrand LLC, based in Watertown, Massachusetts, received an Honor Award in the residential design category for their project, “Recovered Modernism: A Landscape Matrix Enriches a Dallas Hacienda.” LSU alumni Douglas Reed (Bachelor of Landscape Architecture, 1978) was one of four lead designers on the design and construction team for the project.

The project was to recover, order, and make accessible a sustainable environment for domestic life at the Greenlee House, a 1981 Edward Larrabee Barnes house located in Dallas, Texas.

“It’s beautiful the way the contrast celebrates both the natural and controlled spaces. The juxtaposition of clean lines with the landscape provides resolution between what’s manipulated and what’s not,” stated the 2013 ASLA Professional Awards Jury.

Reed Hilderbrand also received an Award of Excellence in the communications category for their book, Visible | Invisible: Landscape Works of Reed Hilderbrand, published by Metropolis Books in January 2013.

Visible | Invisible explores the preoccupations, influences, themes, and challenges that shape how the principals and designers at Reed Hilderbrand reflect on their work.

“This is so much more than a firm monograph. There is intellectual rigor to this, and yet, it’s so beautiful at the same time. The resolution of the incredible photographs and drawings allows you to study the details. Every firm should have this book. It’s a model for how to record your work for posterity,” stated the 2013 ASLA Professional Awards Jury. 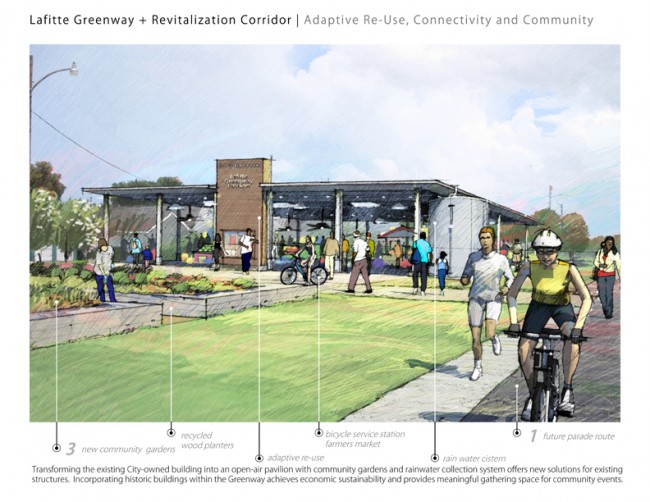 The Design Workshop, Inc., Award of Excellence in Analysis & Planning

The Lafitte Greenway is one of the first revitalization projects undertaken in New Orleans since the devastation of Hurricane Katrina in 2005. The landscape architect led a multi-disciplinary effort to transform an old industrial rail corridor into a 3.1 mile linear greenway, a multi-modal transportation corridor linking residents to the heart of the city.

Suzanne Turner of Suzanne Turner Associates received an Honor Award in the communications category for her book, The Garden Diary of Martha Turnbull, Mistress of Rosedown Plantation, published by LSU Press in 2012.

Suzanne Turner taught at LSU for 21 years. She served as interim associate dean of academics for the LSU College of Art + Design for two years prior to her retirement in 1999. She returned to LSU in August of 1999 as professor emeritus and again, 2002–03, to serve as interim director of the Robert Reich School of Landscape Architecture. In 2000, the Suzanne L. Turner Professorship in the Robert Reich School of Landscape Architecture was established in her honor. 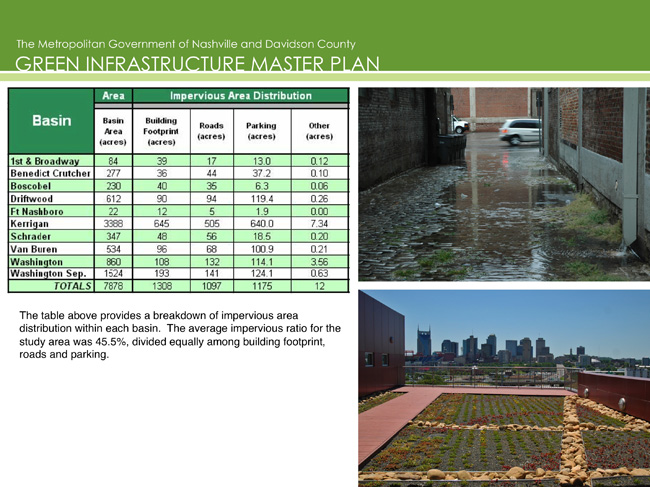 Hawkins Partners, Inc., a landscape architecture firm based in Nashville, Tennessee, received an Honor Award in the research category for their Green Infrastructure Master Plan, developed in response to the requirement for Nashville to analyze and provide estimated impacts for the reduction to the 765.2 million gallons of combined sewer overflow (CSO) discharged to the Cumberland River each year through green infrastructure strategies. When completed, Nashville was one of only a handful of cities in the country with a comprehensive plan and has served as a model for similar CSO cities across the United States.

About the American Society of Landscape Architects (ASLA)
Founded in 1899, the American Society of Landscape Architects (ASLA) is the national professional association for landscape architects, representing more than 15,000 members in 49 professional chapters and 76 student chapters. The society’s mission is to lead, to educate, and to participate in the careful stewardship, wise planning, and artful design of our cultural and natural environments. Members of the society use the “ASLA” suffix after their names to denote membership and their commitment to the highest ethical standards of the profession. Learn more at asla.org.