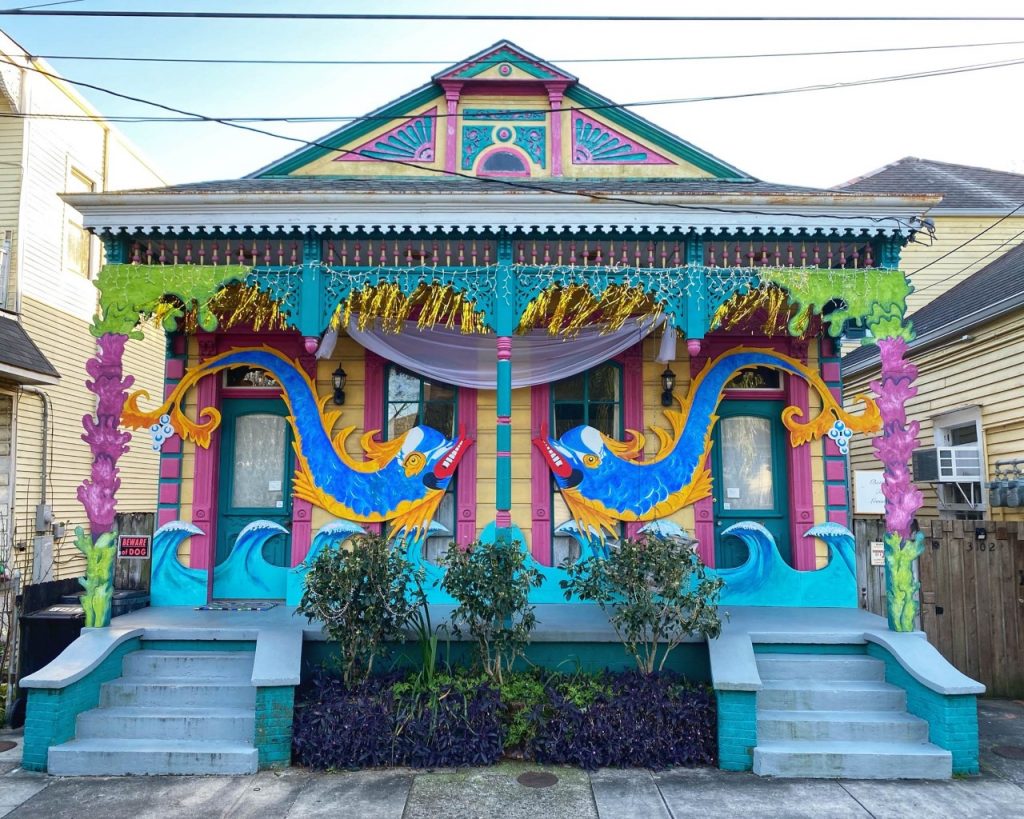 Though traditional Mardi Gras parades were cancelled across Louisiana for the 2021 season due to the COVID-19 pandemic, New Orleans residents are keeping the Mardi Gras spirit alive through the Krewe of House Floats “Parade in Place” initiative. New Orleans-area homes have been decorated like Mardi Gras floats for spectators to view, as a safer option to the large crowds of the usual parades. The Krewe of Houses has granted an opportunity for local artists to showcase their talents – including many LSU art alumni, students, and faculty – and even stimulate the local artisan economy. Most of all, the art spectacles are meant to raise spirits in a challenging time, and send the collective message that we are a united community and hopeful for the future. Here is a glimpse of one such Mardi Gras sculpture project, by LSU art professor Malcolm McClay. 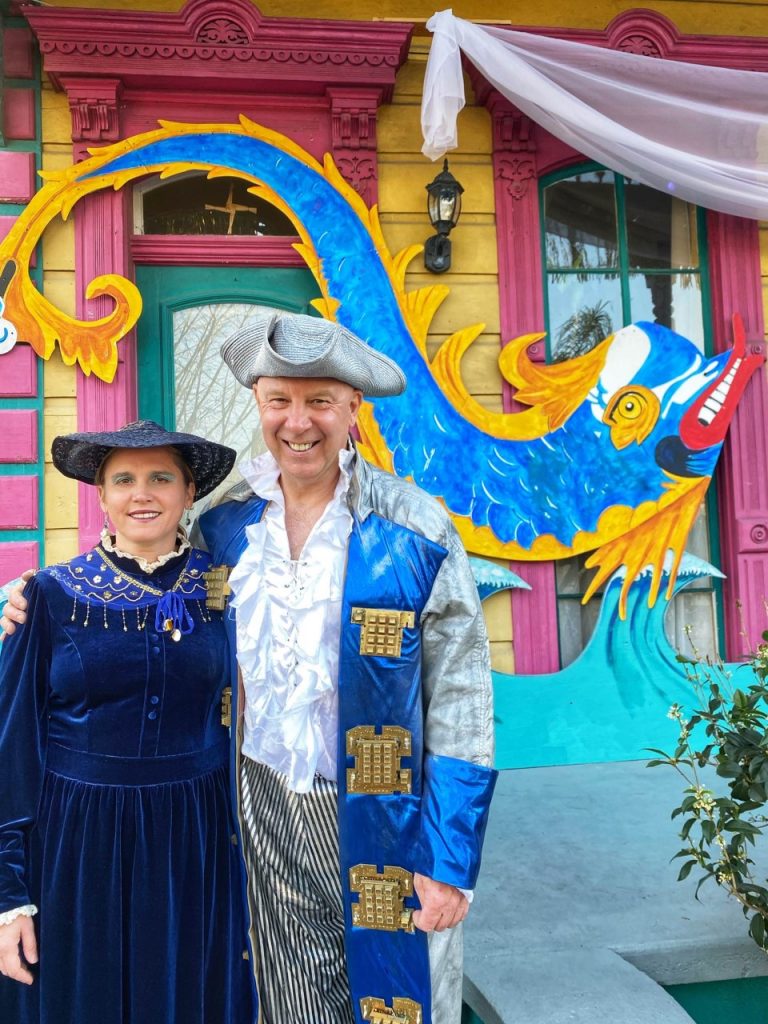 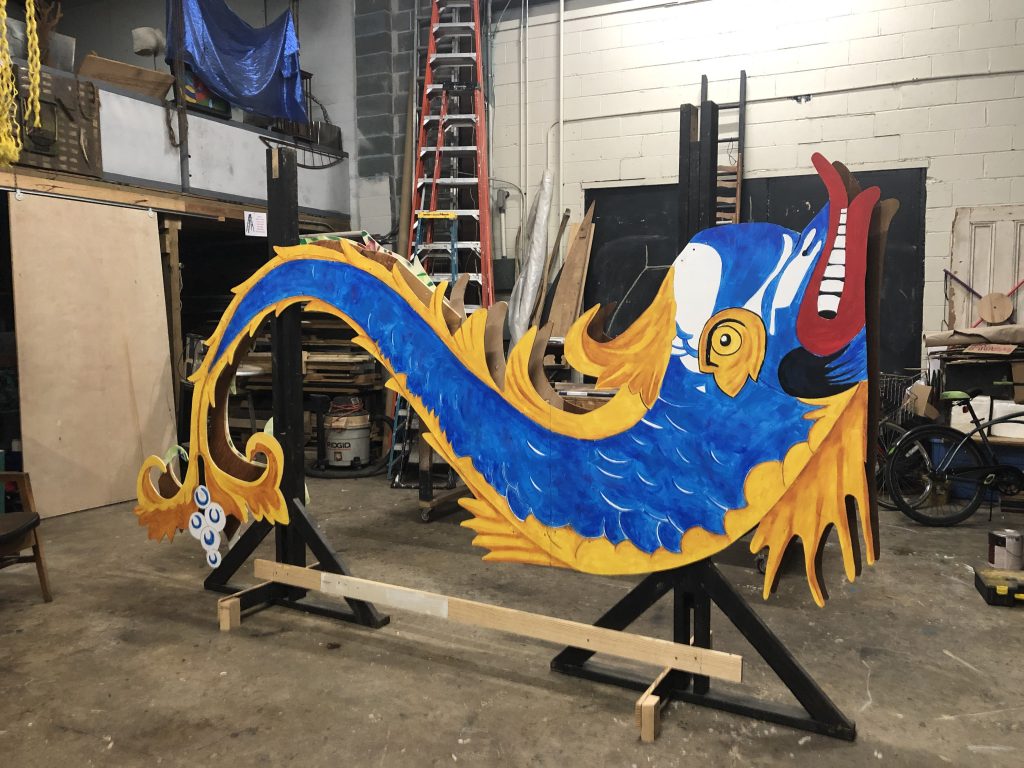 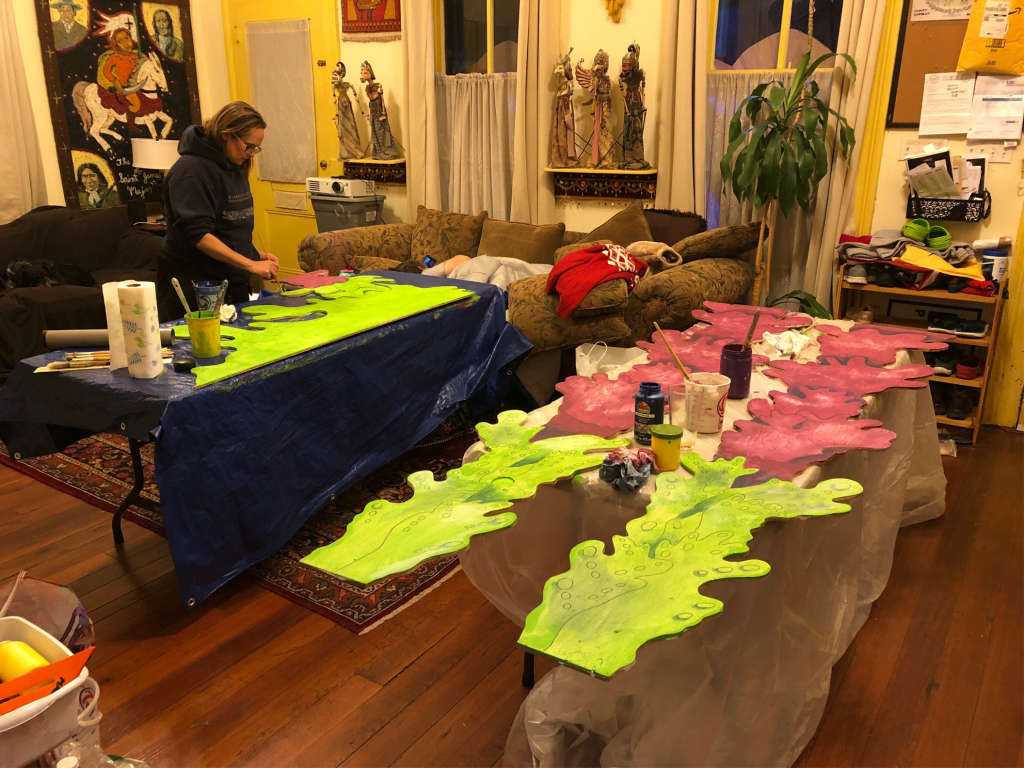 For the past six years our family has marched with Chewbacchus, usually with a sub-krewe composed of neighborhood families. In the past we have had themes like “New Orleans Sewerage and Waterworld” or “Chewbocalypse Now.” Our themes typically combined political satire with various films. The house float gave us an opportunity to continue our participation in Mardi Gras; however, we felt strongly from the beginning that we needed to do something different this year.

It has been such a challenging time for so many people, and New Orleans has been particularly hard hit because the  economy is so reliant on tourism and many of the city’s artists and musicians cannot perform at their typical venues. Our food culture is threatened as well, as long established restaurants are closing.

From the beginning, we agreed that we wanted to create something beautiful that harkened back to Mardi Gras of the past. Our house was built in the 1890s and we live in a historic district. As you walk through our neighborhood in the Bywater, it is easy to imagine yourself living in another time.

My wife Chicory remembered a flag that we have from il Palio, a Medieval horse race where 17 contradas (districts) in Siena compete against each other. Each contrada is represented by a flag. We brought our children to the race in 2019 and got the Onda (wave) flag with an image of the leviathan.

The leviathan is a mythical sea creature mentioned in both the Torah and the Bible. It is also the title of a book by the philosopher Hobbes written in 1651. In it, Hobbes argues the ideal commonwealth should be ruled by a sovereign, granted absolute power. He uses the image of the leviathan to represent his political ideology. We decided to title our house float “Battling the Leviathan.” Our goal was to acknowledge the many different struggles people are facing at this moment.