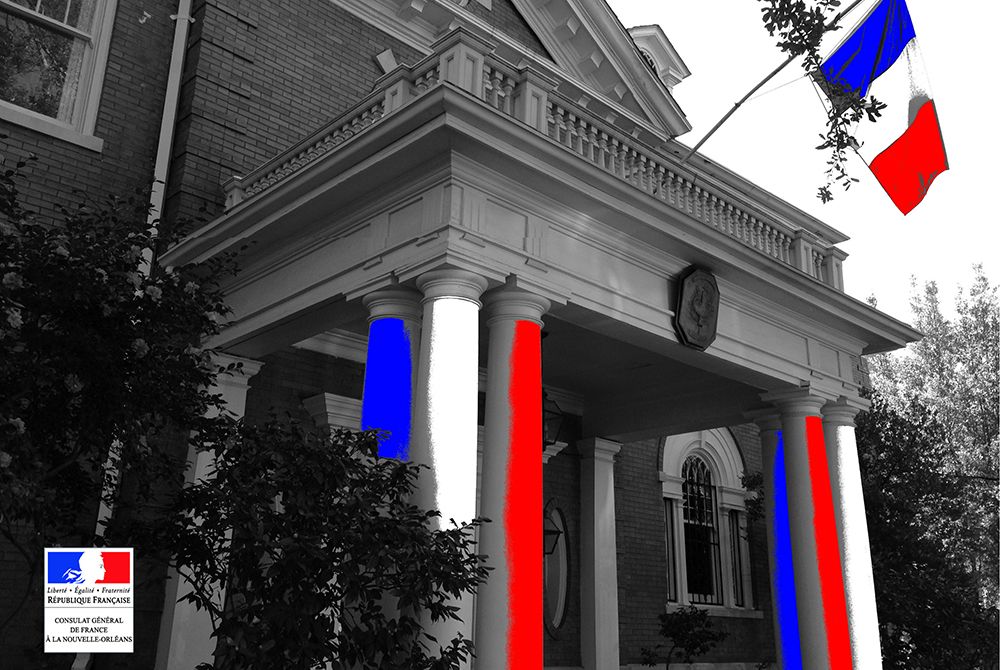 The College of Art & Design is excited to share the 2015 spring commencement speech delivered by Consul General of France in Louisiana Grégor Trumel at graduation ceremony on May 15, 2015. 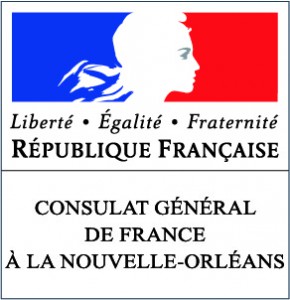 It is a great honor and tremendous pleasure to be here today and to be invited to address such a distinguished audience: the graduating class of LSU’s College of Art & Design. Thank you very much—merci beaucoup—Dean Tsolakis, for your invitation, which I will never forget. Wearing this honorable regalia makes me feel clever and intelligent.

Today is a very important day. This is a milestone that you have worked very hard for—with many long hours and sacrifices. You have earned it!

I graduated from Sciences Po (Political Sciences Institute) in 1997 . . . and I feel old, suddenly! Fifteen years ago, I entered into a diplomatic career. This was not by chance. It was a strong and long-term dream of mine, an opportunity to experience different cultures and meet different people with different ways of speaking, thinking, and living.

I could have myself become an architect, perhaps, but in France, we already have the Eiffel Tower, and we don’t need a second Leaning Tower of Pisa!

Louisiana has always been and will always be an international state. Influences here are so rich and diverse: Spain, United Kingdom, Canada, Haiti, Africa, Native American, German, Irish—the list is long! Many of you come from families with French and Acadian roots. But as our state is international, its graduates inherit a mission: to be able to live, work, and flourish in a globalized world. This means being open to new ideas, experience other cultures, and adapt to change even when, sometimes, it isn’t so easy to do.

Your graduating class has already taken on this mission. While your program makes up three percent of LSU’s student body, you are responsible for 25 percent of its international travel. That’s impressive! Some of you may have spent time in France. I hope so! It’s a brave thing to venture outside of your home and represent your community in an unfamiliar place. As a diplomat, I understand that experience well.

French architects have been famous all around the world in the past decades: Le Corbusier, Jean Nouvel, Jacques Ferrier, Jean-Michel Wilmotte, or, recently, Rudy Riccioti, whose achievements in Marseille for the Musée des Civilisations de la Médtierranée (MUCEM) is a masterwork. In Denmark where I was posted before being appointed as consul general in Louisiana, I discovered the art of design: Arne Jakobsen, Poul Henningsen . . . I am a fan. This art of making beauty out of daily objects, tools, and things is an enchanting gift. In Paris I was lucky enough to meet Philippe Starck, who has been a pioneer since the 1970s. I have discovered the work of great architects here in Louisiana, as well, such as A. Hays Town, for instance, who was born in Crowley and raised in Lafayette.

You know, architects and artists are special people. They are assets to our society and have skills that are truly unique. You are engineers, inventors, designers, and artisans. To do your job, you must have a respect for the environment, an appreciation for your community, and a global vision. Our state needs artists and innovators that are able to integrate modernity and sustainability with Louisiana’s rich cultural history and landscape.

A friend of mine, an architect and politician here in Louisiana, told me that architects have perhaps the best profile to become leaders and to make great political careers. An architect must know the rules of nature and respect human laws and legislation. He or she must adapt and adjust to the environment, taking the wishes of the client into account while being creative and innovative and, of course, respecting a budget!

Due to the drastic effects of climate change, this state struggles against rising sea levels, eroding shorelines, and severe storms. As graduates of this prestigious program, you have the tools and the knowledge to contribute to a sustainable solution on a major level.

And you do. Programs such as the Coastal Sustainability Studio at the College of Art & Design are essential resources to future professionals. Here, you combine art, engineering, and environmental studies to envision sustainable systems for our community. Combined with foreign language skills, students like you make up the heart of a very bright future for the economy and infrastructure of Louisiana.

As you know, France was a major influence on the art and architecture of this state at its very beginning. Now, in this new period of growth, France can continue to be a source of impact and inspiration.

To conclude, I would say that as future professionals, your training and knowledge of the world will make you an active part of this movement. At LSU, your experience has prepared you to conquer academic, professional, and personal challenges and to serve as active and caring members of your community, your family, and your country. Now, with this training, you are ready to go out and show the world what you’re made of!

Thank you very much for your attention and for giving me the opportunity to address you on such a special day. Congratulations, félicitations, et bonne route dans la vie! 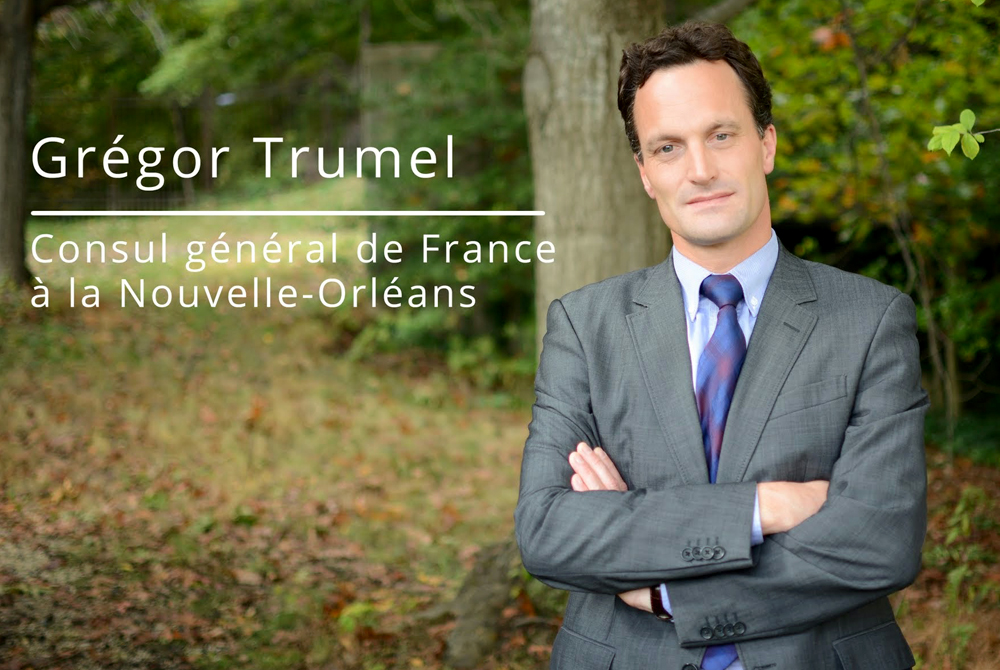 Appointed by the president of the French Republic, Trumel assumed his duties as consul general of France in Louisiana in August 2014. He previously served as first counselor, press counselor, and deputy chief of mission at the Embassy of France in Denmark, and has also served in Paris and the Netherlands. Joining the French Ministry of Foreign Affairs in 2000, Trumel has gained significant professional expertise in European diplomacy, particularly during the period of the Danish presidency of the European Union in 2012. He specializes in human resources and was head of executive management in Paris, a position that oversaw the activities of ambassadors, directors, and consul generals. A graduate of Sciences-Po (Political Studies Institute), Trumel has also studied economics and literature. He is passionate about modern music, especially the music of Louisiana—Cajun, zydeco, and rhythm ‘n blues.

LSU College of Art & Design Dean Alkis Tsolakis presented Trumel with an Honor Award for continuing the consulate’s 212-year tradition of preserving and enriching the cultural heritage of the state of Louisiana.