Skip to content
COLLEGE OF ART & DESIGN Home / Art & Design / Meet Traci Birch: “I Fight Harder for This Place Because It Is So Unique” 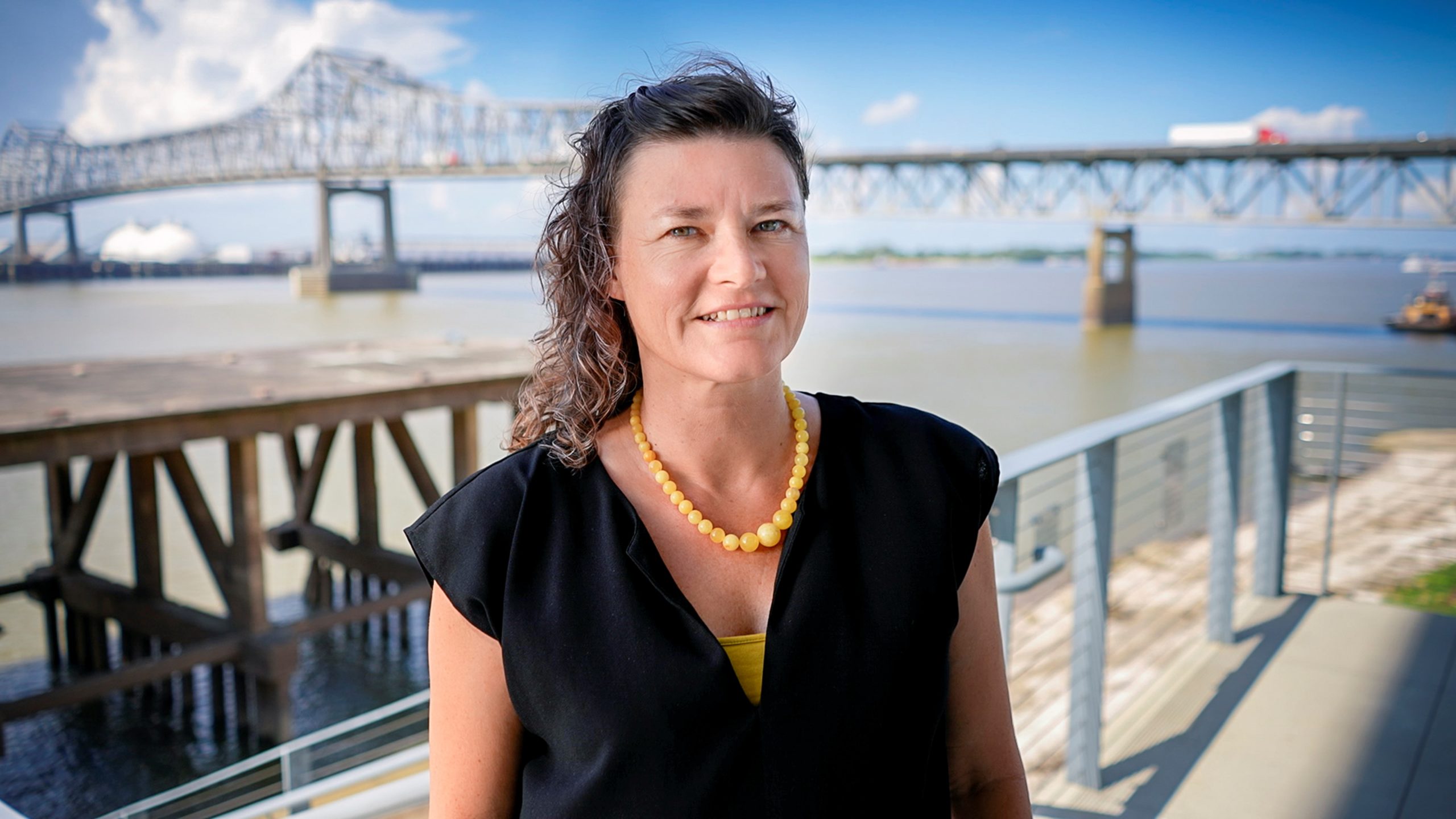 Traci Birch works with citizens, elected officials, and industry to help Louisiana “think big” and understand the kind of complexities that come with building, living, and working in a flood-prone place. (LSU)

Traci Birch, assistant professor of architecture and managing director of the LSU Coastal Sustainability Studio, works on large, interdisciplinary projects to help Louisiana communities protect themselves from flooding and environmental disasters. She often has reason to bring up the famous Tennessee Williams quote about the special nature of some places, and how “everywhere else is Cleveland.” Mostly because she’s from Cleveland, and acutely aware of the unique coastal and environmental challenges in Louisiana, on the fragile frontier of climate-induced change. The kind of land-loss, flooding, and sea level rise the state is experiencing today are what other coastal areas around the globe are expected to see in coming decades.

Birch can speak about these challenges from both a professional and personal perspective. As a resident of New Orleans, she had to rebuild her personal surroundings while trying to rebuild her community after Hurricane Katrina in 2005.

“I fight harder for this place because it is so unique,” Birch said. “In Louisiana, you’ll never forget where you are. But the challenges we face can seem overwhelming. That’s why our mission always has been to bring different disciplines together—ecologists and engineers, but also landscape architects and urban planners—to work with local communities and translate the science into what it means for people on the ground.”

“Resilience” is a word that’s often used in her world, but its meaning is constantly changing.

“Sometimes it means rebuilding, and sometimes it means giving up and moving on,” Birch said. “The destructiveness of flooding and environmental change decimates communities, so all the effort and energy are spent trying to get back to what was before. We’re often chasing the last disaster, instead of preparing for what could happen in the future.”

Birch recently traveled to Lake Charles, Louisiana, which was shredded by two hurricanes, Laura and Delta, in 2020.

“Large swaths of the city still look like it just got hit,” Birch said. “They had freezes and two storms and a tornado. And we still have people living in tents and trailers after Hurricane Ida last August. It’s like, how much resilience can you build into a community? Well, a lot. But these are difficult and thorny issues that LSU, as a research and flagship university for the state of Louisiana, is best situated to address. And, who else would do this work? We certainly can’t ask Mississippi or Texas.”

Traci Birch recently worked with Tangipahoa to help the parish solve some of its compound flooding problems and evaluate the idea of building a reservoir up north to prevent flooding down south where most of the people live—several of whom relocated there after Hurricane Katrina to escape danger.

“2016 showed us that many of the places we thought were safe also are prone to flooding, but flooding that’s harder to understand because it’s inland flooding driven by rain,” Birch said. “Moving away from the coast and further inland isn’t always the best answer. That’s why we work with communities where they are, so they can stay and be safe for as long as possible.”

“We had this crazy idea of building either a giant reservoir or several smaller reservoirs to help solve some of our flooding problems, and it really started to take shape at LSU,” Miller said. “It takes an enormous amount of education and science to even start having conversations about a project this size, and that’s what LSU helped us with.”