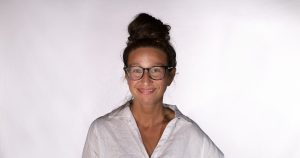 Meredith Gaglio, assistant professor of architecture, was awarded a Graham Foundation grant for her research “Life Arks: Science, Spirituality, and Survival in the Work of the New Alchemy Institute.”

Beginning in 1973, the New Alchemy Institute (NAI), a group of countercultural scientists and engineers based in Woods Hole, Massachusetts, developed the concept for “Life Arks.”

“Similar to Noah’s Ark, the Institute’s four self-sufficient, polycultural bioshelters, designed in collaboration with Canada-based architecture firm, SolSearch, internalized organic structures as a response to a potentially devastating ecological threat. However, the NAI’s proposals were not fatalistic—they offered symbiotic alternatives to prevent the global environmental collapse that New Alchemists saw on the horizon,” Gaglio stated.

“This research project examines three generative forces behind the development, construction, and use of the Institute’s sustainable bioshelters: first, the ecocentric, innovative science and technology devised by the NAI; second, the cosmological belief system underlying its work; and third, its left-libertarian attitudes, which determined its perspective on humanity’s path toward survival.”

She has received fellowships from the Smithsonian Institution, the Canadian Centre for Architecture, and the Buell Center for American Architecture to pursue her research. She co-edited with Caroline Maniaque-Benton the Whole Earth Field Guide (MIT Press, 2016), a volume of countercultural texts, and has contributed pieces on the RAIN group and New Alchemy Institute to the ArchiteXX “Now What?! Advocacy, Activism, and Alliances in American Architecture since 1968” traveling exhibition. She recently wrote an essay on California’s Office of Appropriate Technology for inclusion in Design Radicals: Building Bay Area Counterculture, edited by Greg Castillo and Lee Stickells.