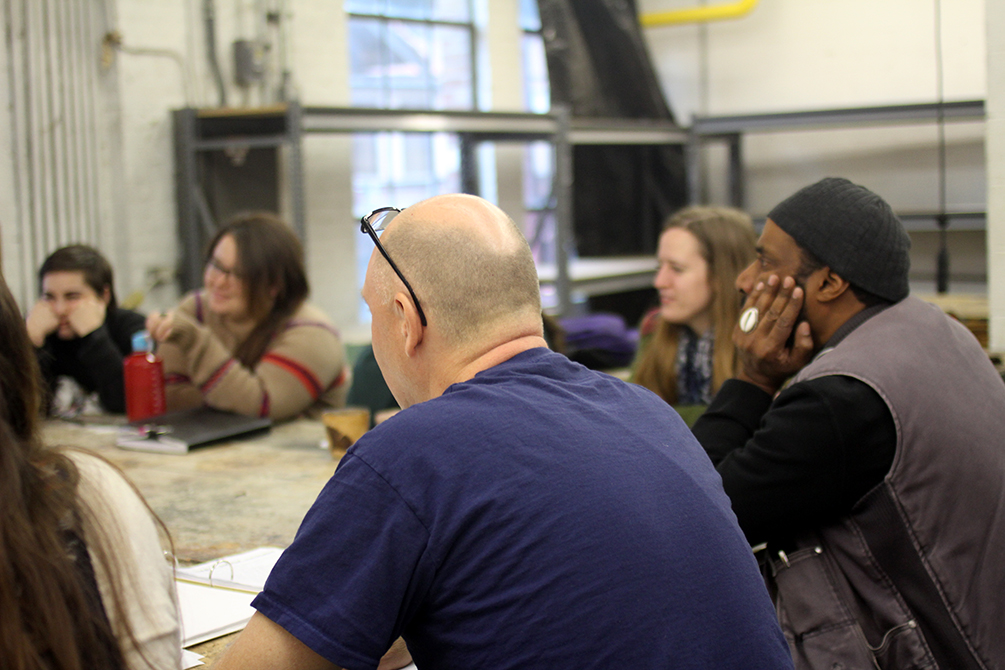 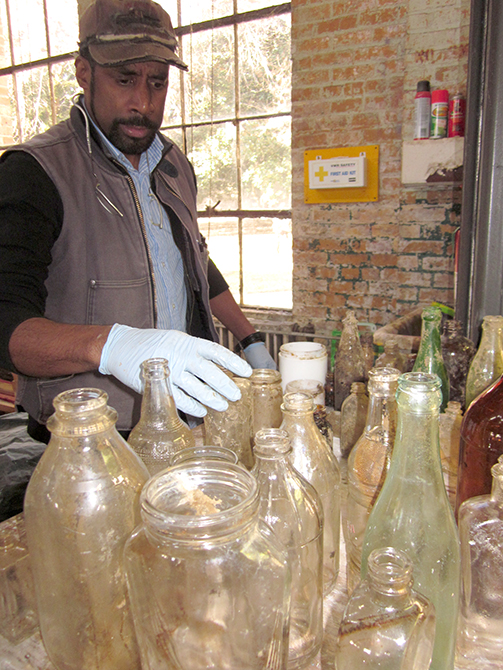 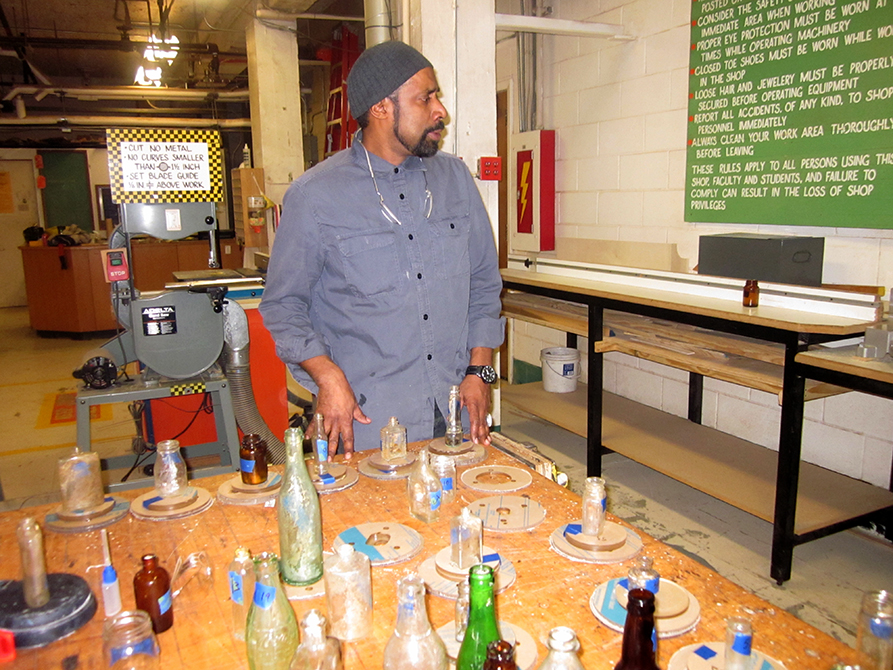 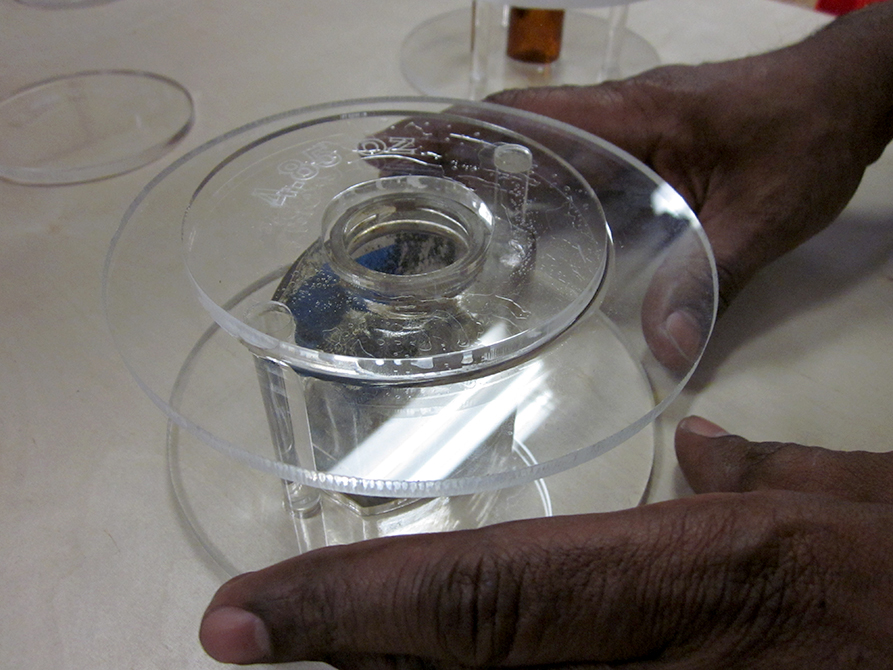 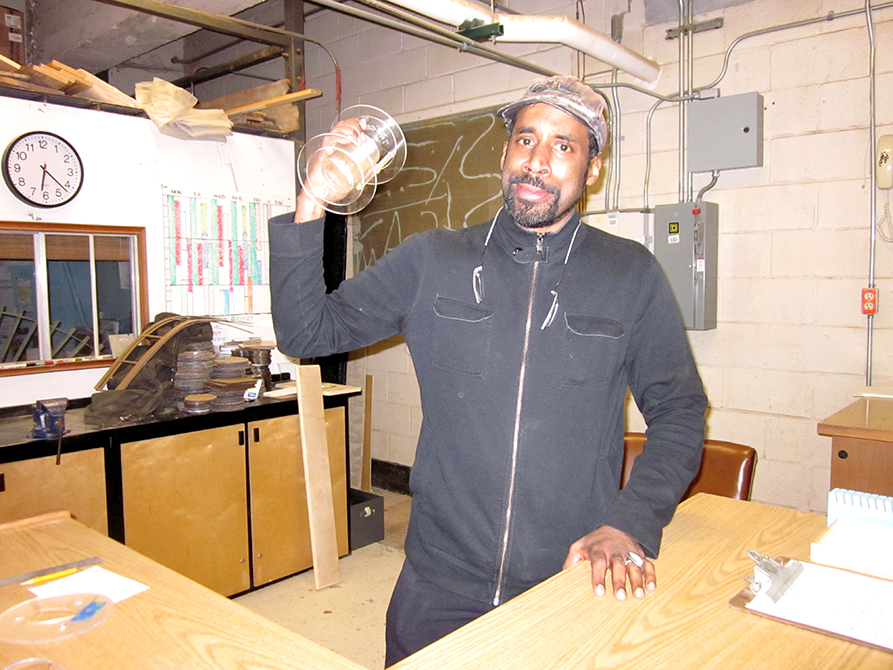 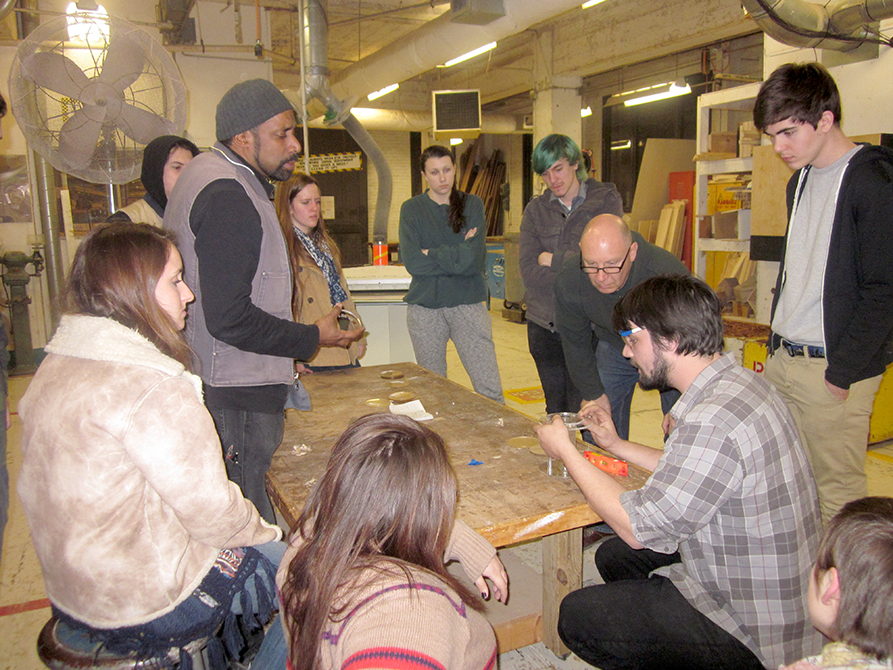 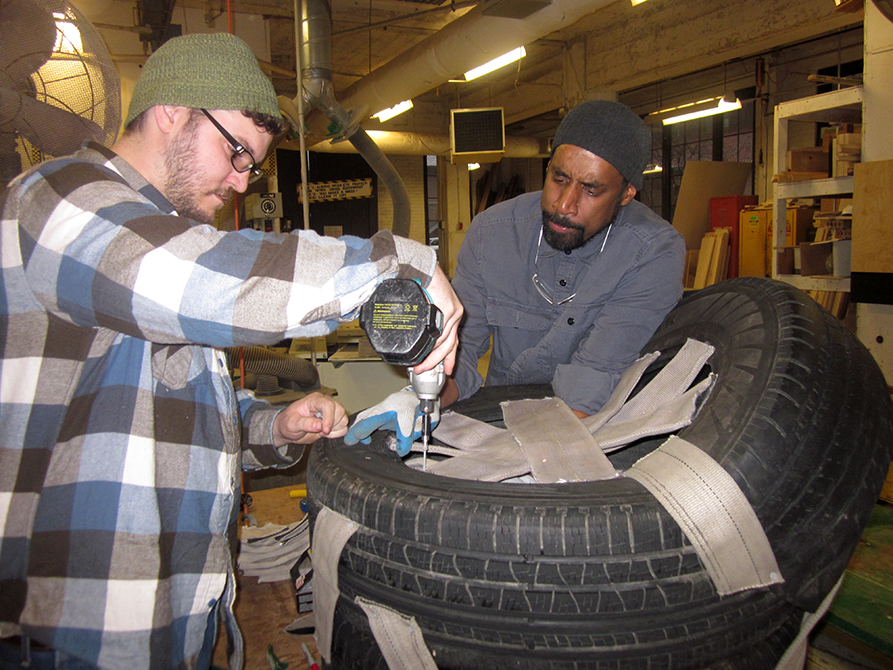 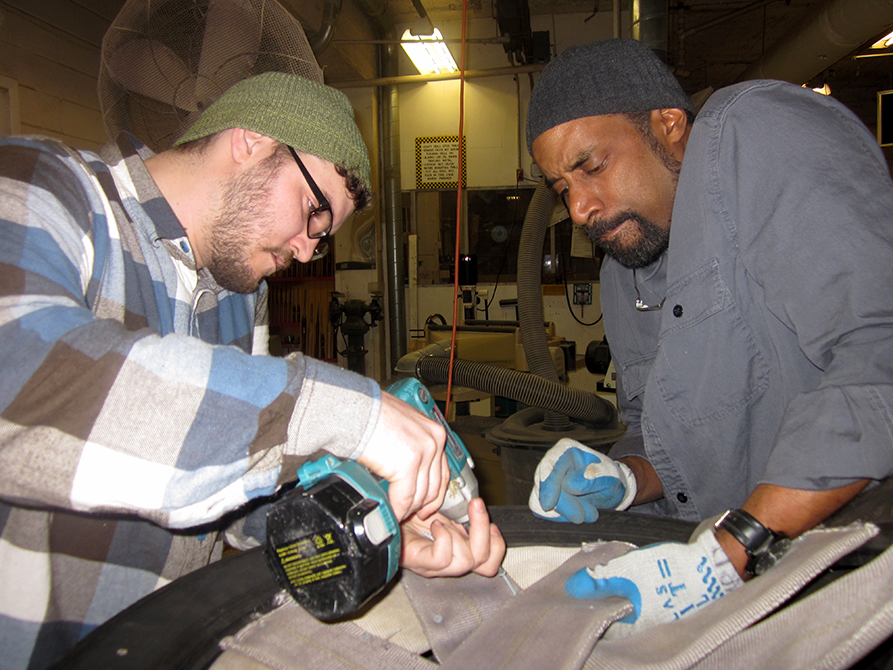 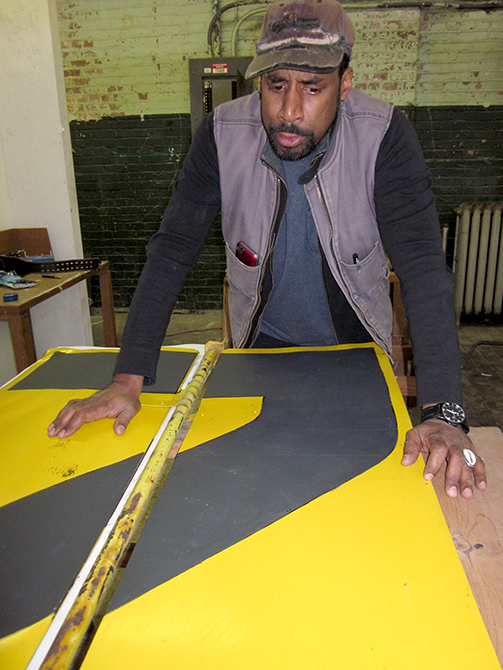 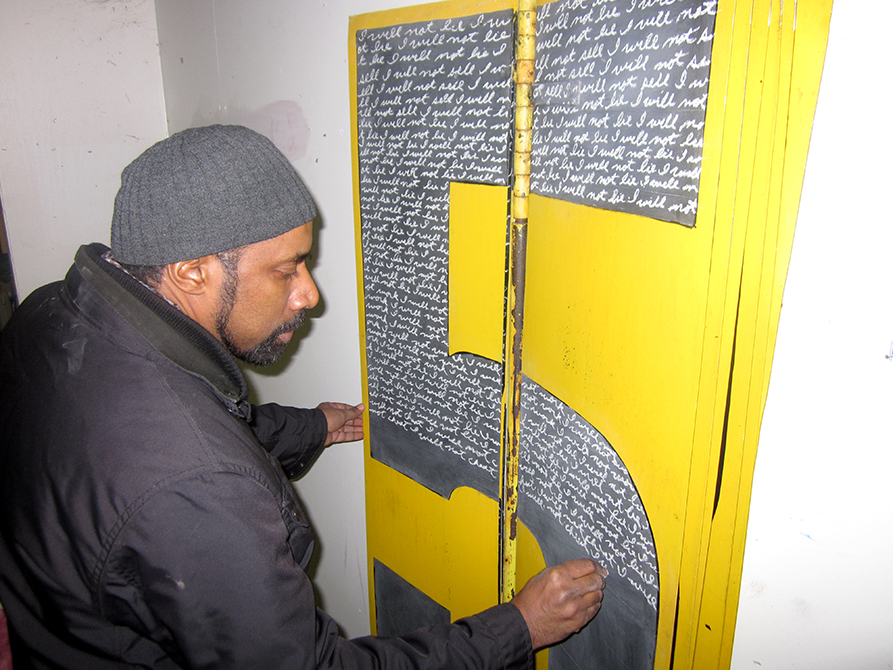 New York–artist Nari Ward recently completed the first of three official visits as part of his residency as the 2013–14 LSU College of Art + Design Nadine Carter Russell Chair. The focus of his January visit was to begin work on several sculptural installations that will be installed at the LSU Museum of Art for the Rooted Communities exhibition. These installations will be featured in a specially designated space provided to display new works created by Ward and School of Art students during Ward’s residency at LSU.

During his visit in January, Ward worked on several installations, with help from volunteers, students from the School of Art, and Tom LaPann, a 2013 graduate of the School of Art MFA program, who is assisting Ward as a fabricator. Students from Associate Professor Malcolm McClay’s advanced sculpture class, students from the Graphic Design Student Office (GDSO), and Chris Bergeron, a graduate of the architecture program at LSU, are all helping Ward complete the installations.

Themes of Ward’s installations typically include social injustice, citizenship, poverty, and consumerism. During a previous visit in late December 2013, Ward visited the community of Old South Baton Rouge and came across an abandoned building that was formerly Alvin Roy’s Strength & Health Studios. He found dozens of old, dirty bottles beneath the foundation, which he is using to create an installation that plays on the concept of a weight bench. Ward and his helpers used the laser cutter in the Design Shop to fabricate numerous free-weights, constructed with Plexiglas and the bottles found at the abandoned building. Jeremy Grassman and Juan Valdera from GDSO assisted in transferring an old image of the front of the gym into a pen-and-ink illustration that served as the template for an etching performed with the laser cutter.

Another installation features large, numbered signs that Ward salvaged at Lamar Graphics during his visit to Baton Rouge in December. Ward used chalkboard paint to fill in the numbers, and much like the age-old punishment for naughty school children, he “wrote his lines” on the chalkboard: “I will not fall . . . I will not kill . . .”

Ward will be adding work to the gallery at the LSU Museum of Art throughout his residency at LSU. Visitors are encouraged to make repeat visits to the exhibition, which runs February through August. Ward will visit the college in February to complete and refine the installations he began in January and to attend the opening reception at the LSU Museum of Art on February 6. He will make lengthier visits twice more during the spring semester.