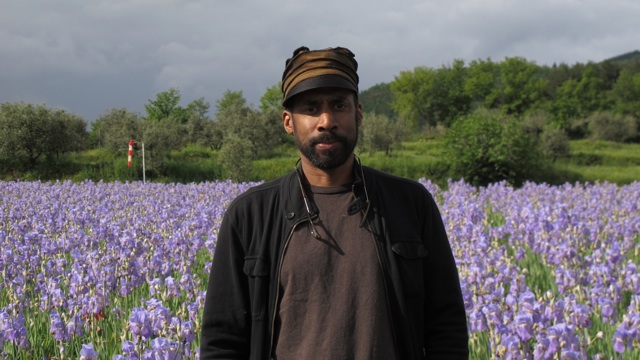 New York based sculptor, Nari Ward, has been named the 2013-14 Nadine Carter Russell Chair, the highest award bestowed on a visiting artist/professional by the LSU College of Art + Design.

Hosted by the School of Art, Ward will work with students at LSU and in the Baton Rouge community with a focus on the place-making efforts underway in Old South Baton Rouge.

Ward is scheduled for an initial visit to Baton Rouge October 2-7 to meet with School of Art faculty, staff, and students, and to get a feel for the city.

Originally from Jamaica, Ward is known for his sculptural installations, which are composed of materials he finds in his New York neighborhood. Ward re-purposes the found objects into works of art. The dramatic works reveal the sentiments of the objects he uses.

“The dysfunctional or discarded hold a sense of hopefulness as well as vulnerability, which appeals to my way of seeing the world,” Ward said.  “My desire is to use this strategy to address contemporary concerns, which originate from the personal and allow for unexpected interpretations.”

The objects he uses to construct his sculptures reflect feelings and issues alive in our culture, such as race, poverty, and consumer culture.

“For me examining the will to survive or progress under adverse or even mundane conditions are an essential part of the way of being an artist,” said Ward.

Ward is the most recent recipient of the distinguished Chuck Close Rome Prize in Visual Arts. One of the installations he created during his year-long fellowship in Rome was featured at GALLERIA CONTINUA in San Gimignano, Italy. Visit galleriacontinua.com to see the work created. He returned to New York in July 2013.

The Nadine Carter Russell Chair was designed to bring prominent artists and designers to the College of Art + Design. The chair is a rotating residency shared among the four disciplines of the college. The Nadine Carter Russell Chair works within the college and the community, conducts a workshop or seminar for students and faculty, presents public lectures, and, when applicable, exhibits work at local museums.

-Written by Shelby Holloway, intern at the LSU School of Art