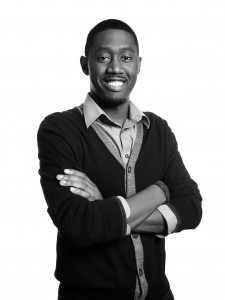 The LSU National Organization of Minority Architecture Students (NOMAS) will host a lecture by Bryan C. Lee on April 9, 2014, at 6 p.m., at the LSU Design Building, room 103. Lee will discuss his work with Project Pipeline. The lecture is free and open to the public.

Project Pipeline is a mentorship program established by the National Organization of Minority Architects in 2009. The program is designed to encourage equality within the profession and provide an introduction to young students interested in the world of architecture and design. Project Pipeline supports a summer camp, a year-long workshop series, and a year-end competition, all within the framework of the sustained mentorship program.

Bryan C. Lee is an architectural designer, artist, writer, and devoted advocate for social justice through design. Throughout his collegiate and professional career, Lee has been a dedicated promoter of diversity within the profession and has been relentless in his efforts to elevate the design process as an effective means of change for communities in need.

During his undergraduate years at Ohio State University, Lee provided graphic design and rendering support at O A Spencer, an architecture firm in Columbus, Ohio, before moving on to work at Spiezle Architectural Group in New Jersey during graduate school. In 2008, Lee founded SOA Design, an architectural multimedia firm focused on providing architectural renderings, websites, corporate identity work, and architectural photography to a variety of clientele. Lee is currently pursuing his professional licensure at the nationally recognized architecture firm, Eskew+Dumez+Ripple, located in New Orleans.

Along with his professional endeavors, Lee has had the opportunity to serve his community through the National Organization of Minority Architects (NOMA). Since being introduced to NOMA in 2004, Lee has written numerous print and online articles, co-founded and led two student chapters at Ohio State University and New Jersey Institute of Technology, served as the national exhibit coordinator and vice president of NOMA Louisiana and as program director for the nationally recognized NOMA Louisiana Project Pipeline tiered mentorship program.

More about NOMAS
The National Organization of Minority Architecture Students (NOMAS) is an organization that promotes diversity within architectural education as well as the discipline of architecture. NOMAS creates connections between fellow students, organizations, and professionals. The organization hosts various events that help promote high academic performance. NOMAS members participate in the national NOMA conference each year. At the conference, students meet with professionals in the field and establish connections with other similar organizations around the country. Service is an important part of the organization, and students volunteer their time around School of Architecture and the Baton Rouge community. In 2010, the LSU Chapter of NOMAS was named Student Chapter of the Year at the NOMA National Conference in Boston.