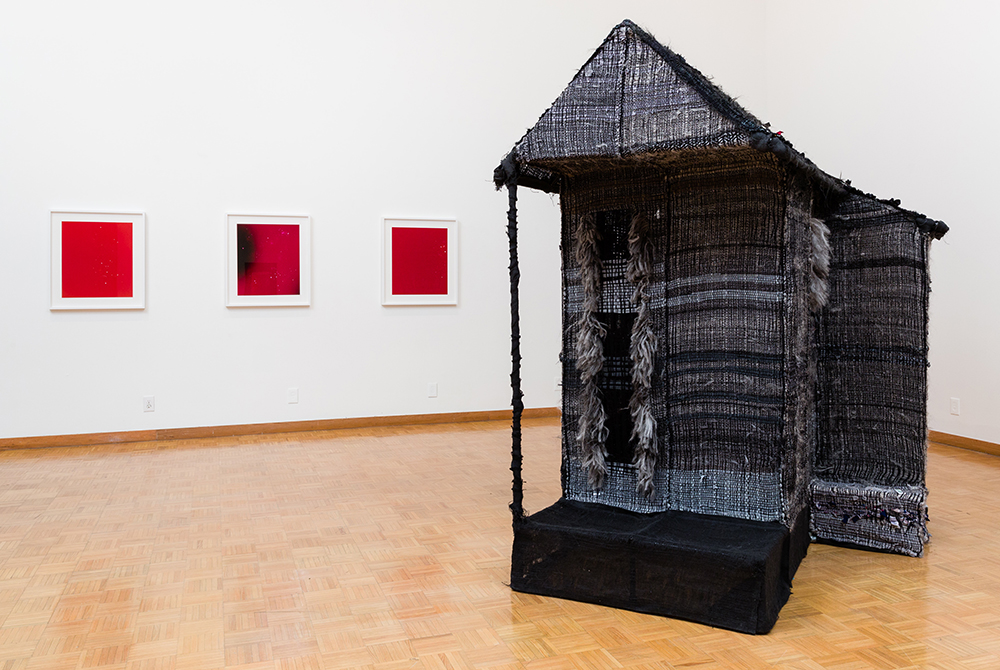 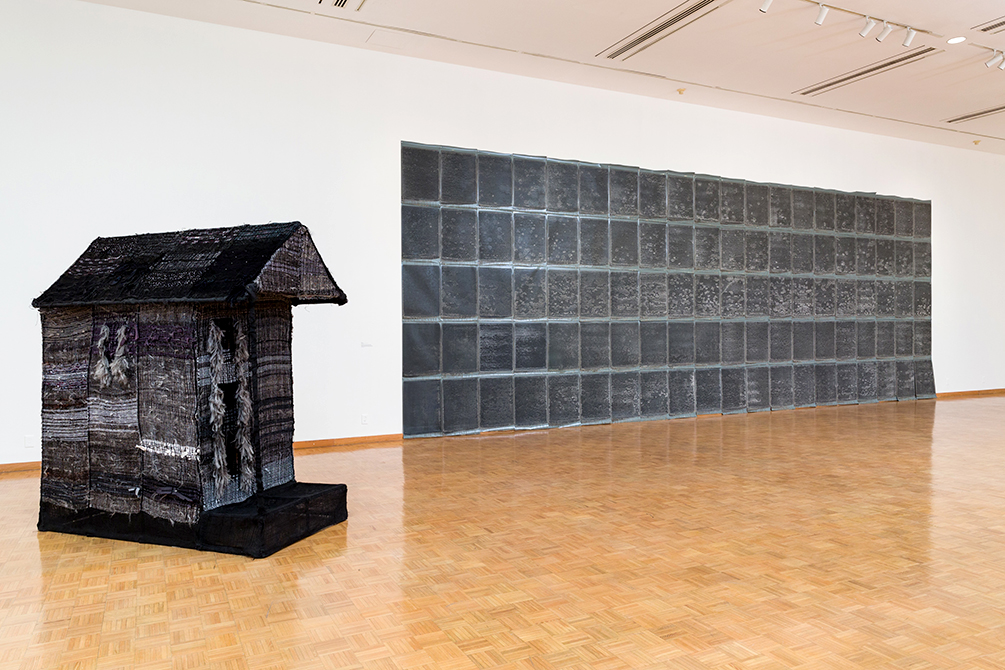 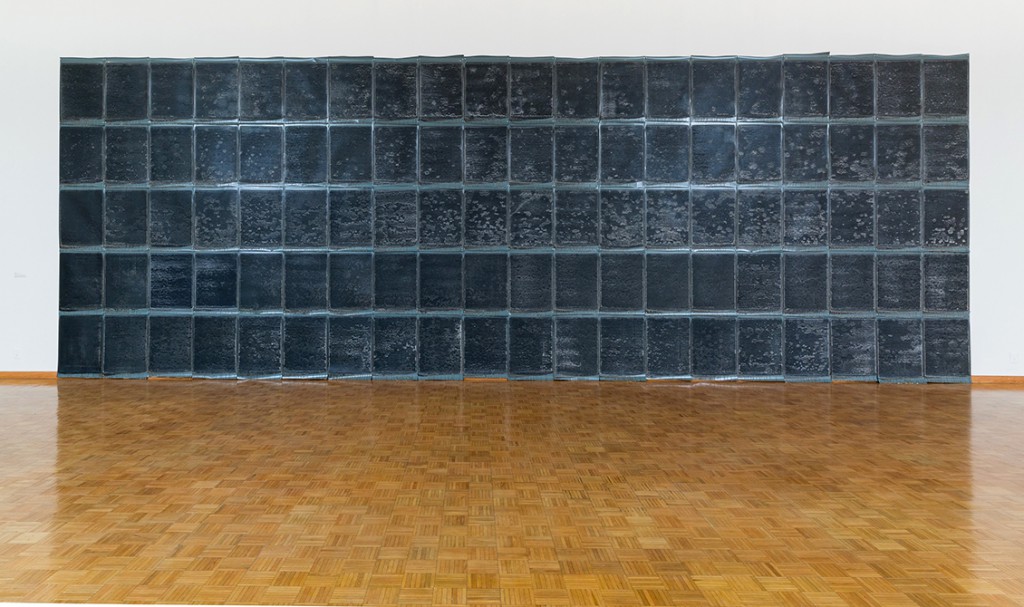 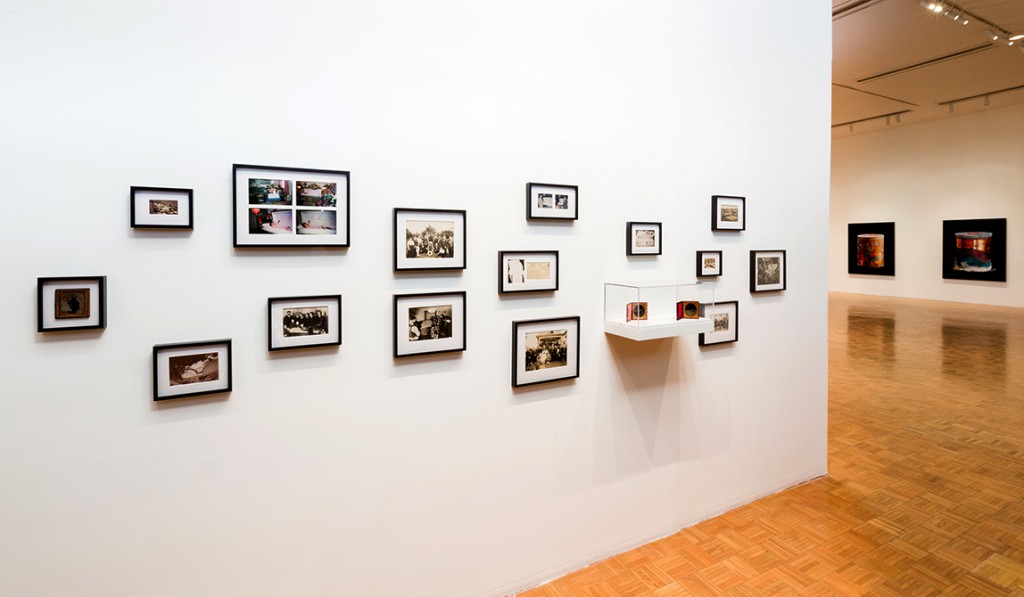 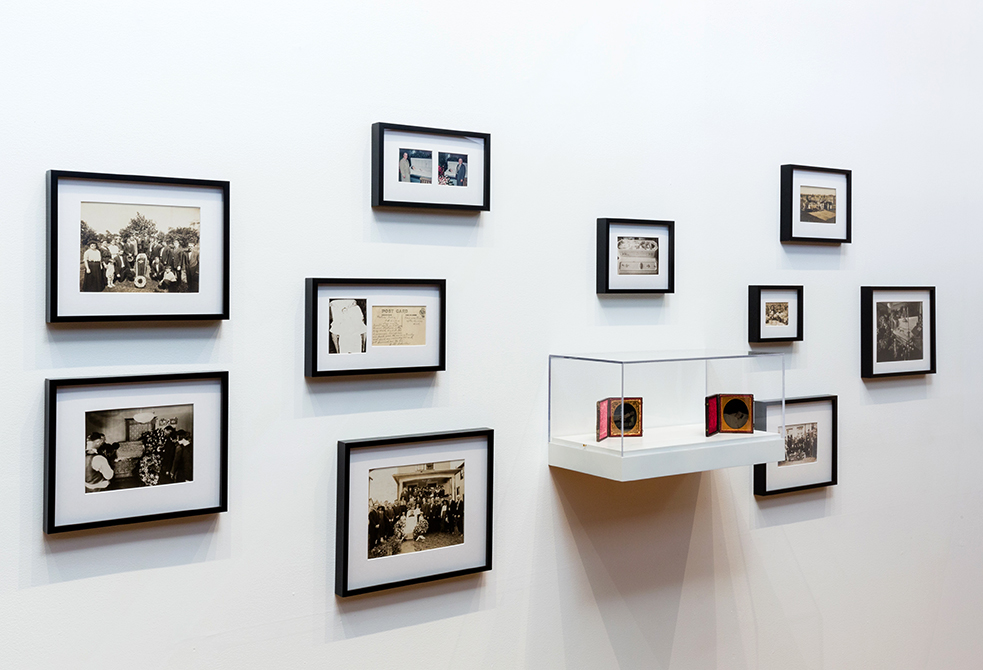 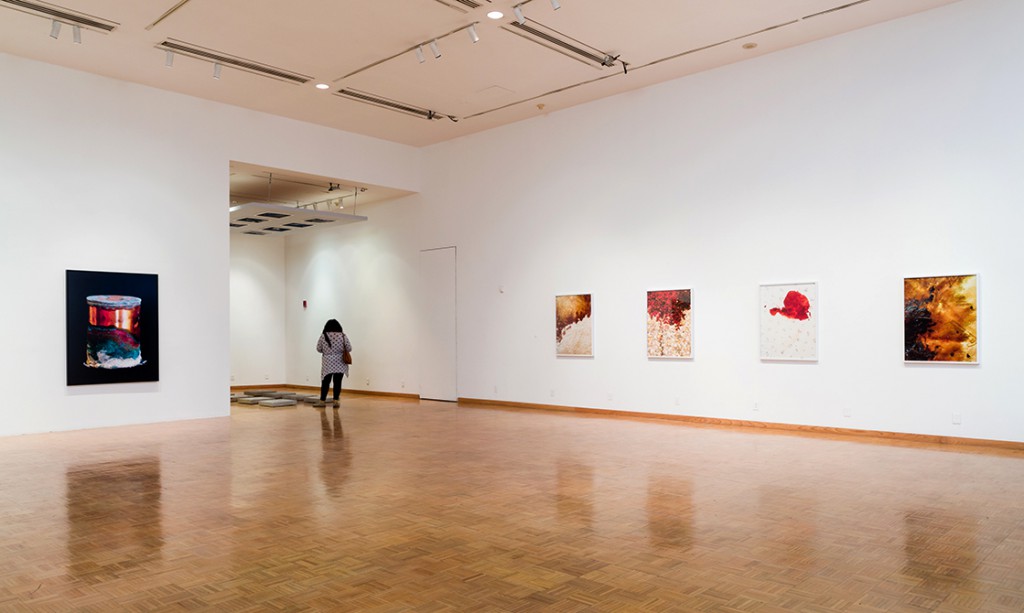 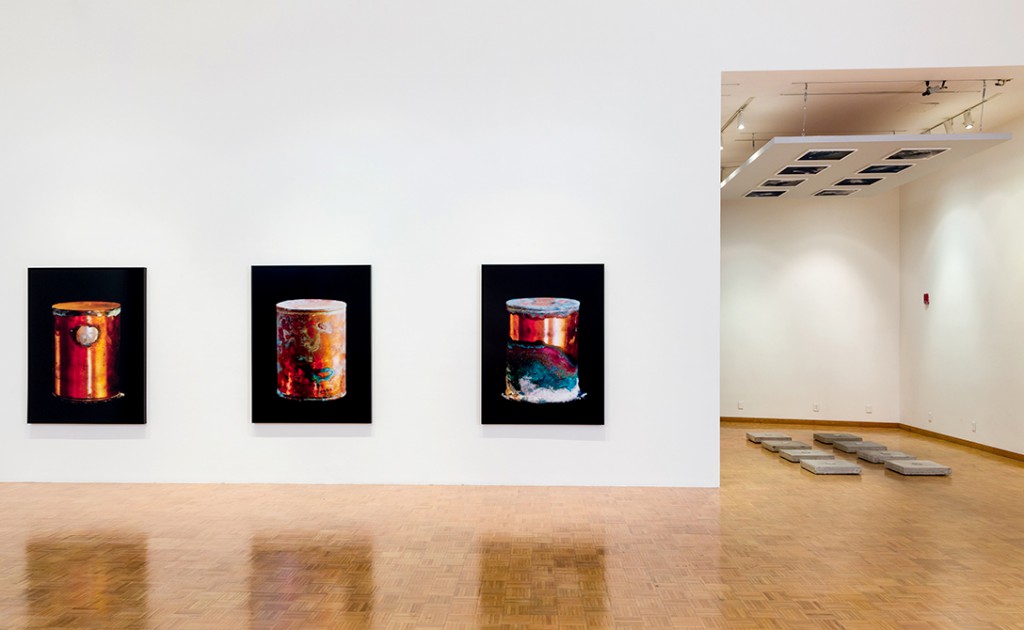 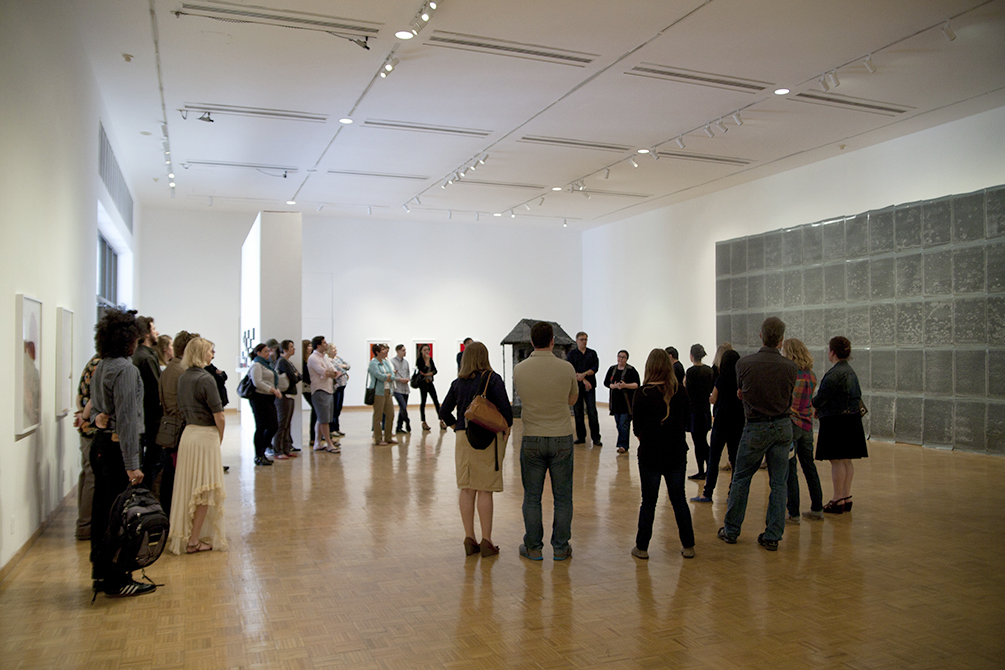 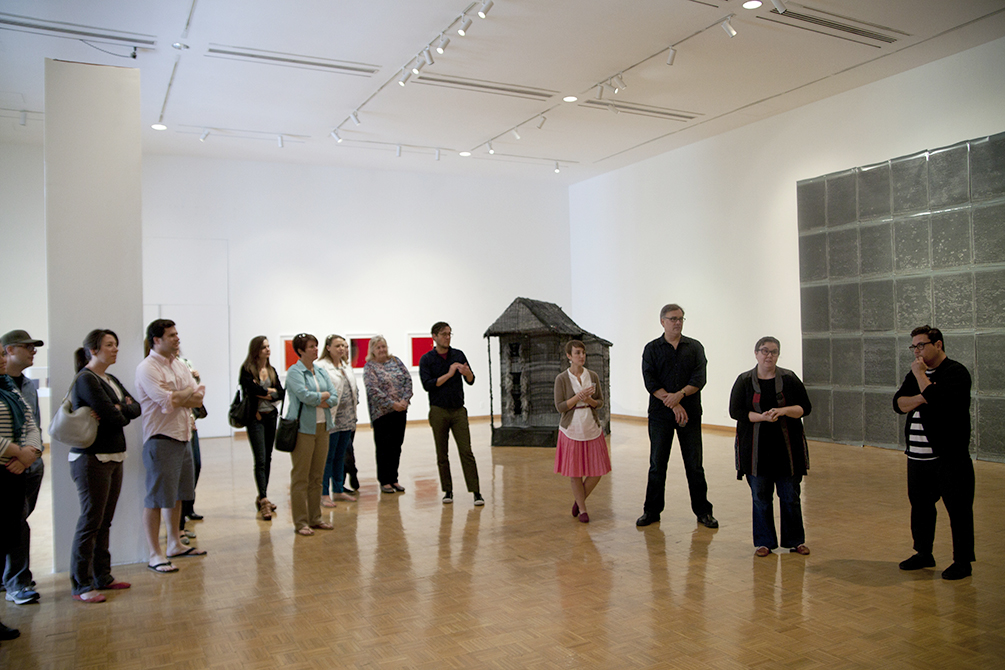 Kristine Thompson, assistant professor of photography at the LSU School of Art, recently curated a group exhibition for California State University’s Luckman Gallery in Los Angeles. Titled After Life, the show featured historical and contemporary artwork that examines death, mourning traditions, and memorials and how our understanding of these ideas and practices has shifted over time. The exhibition was on view from March 29–May 24, 2014.

The exhibition also featured objects from the collection of the University of California at Riverside’s California Museum of Photography. The 19th- and 20th-century photographs from this collection ranged from post-mortem daguerreotype portraits to instant prints from the 1970s and 1980s of mourners posing alongside the deceased.

The installation of contemporary work was anchored by Ellen Carey’s monumental Mourning Wall, a 10×33 foot work composed of 100 grey Polaroid negatives, made with a large-format Polaroid 20×24 camera. Created at the turn of the millennium, the wall suggests a way of representing both collective and individual loss, as well as referencing other existing memorial walls or structures.

Other contemporary pieces in the exhibition depicted deceased bodies in more fragmentary ways—including photograms made from cremated remains and photographs that revealed swatches of bedding, carpet, and upholstery marked by bodies that passed away on those surfaces. Other works recognized the significant loss of lives due to AIDS-related causes, such as Ira Sachs’s eight-minute film, Last Address, an elegiac homage to a group of New York–based artists who died of AIDS between 1983 and 2007.

Loren Schwerd’s pieces ruminated on geographic sites of loss. Her Mourning Portrait is a series of memorials to the communities of New Orleans that were devastated by Hurricane Katrina. Schwerd wove human hair extensions that she found in her neighborhood after the hurricane into sculptural renderings of vacant houses in the Ninth Ward neighborhood. Her work references the 19th-century tradition of hairwork, in which family members and artisans would fashion the hair of the deceased into intricate jewelry and other objects as symbols of death and rebirth.

As a whole, the exhibition demonstrated a shift from overt representations of death via the body to contemporary artists representing loss via memorial objects or sites of significance.

Kristine Thompson is an artist, educator, and independent curator. Her visual work addresses many of the ideas embodied in the After Life exhibition and has recently been exhibited at Commonwealth & Council in Los Angeles and the Armory Center for the Arts in Pasadena. Thompson worked for several years as a curator at UCR/California Museum of Photography before joining the faculty at the LSU School of Art.

Visit luckmanarts.org for more information about the After Life exhibition.