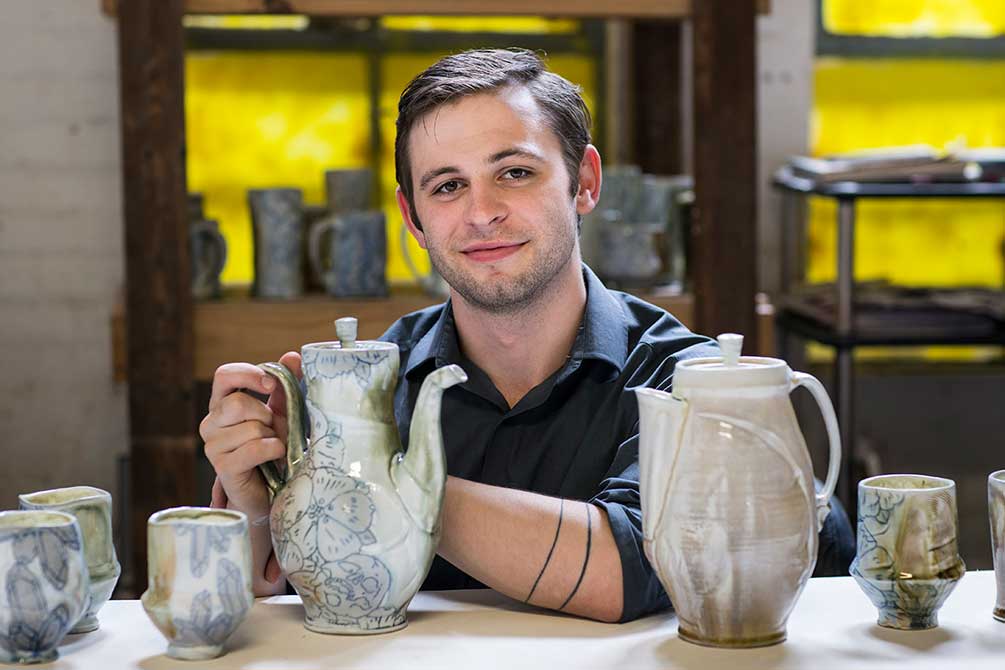 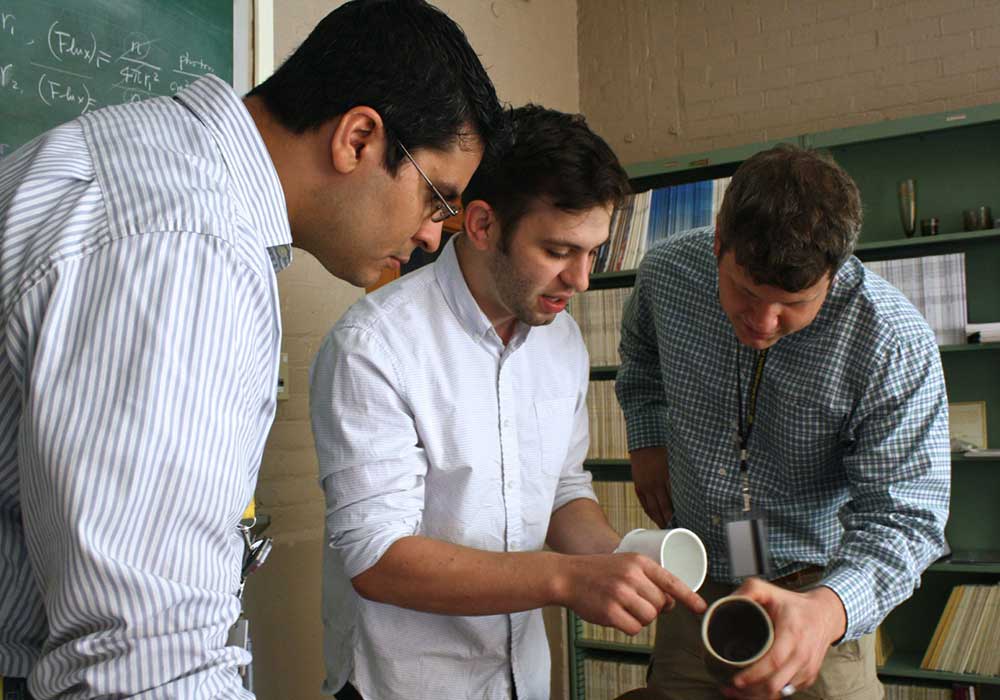 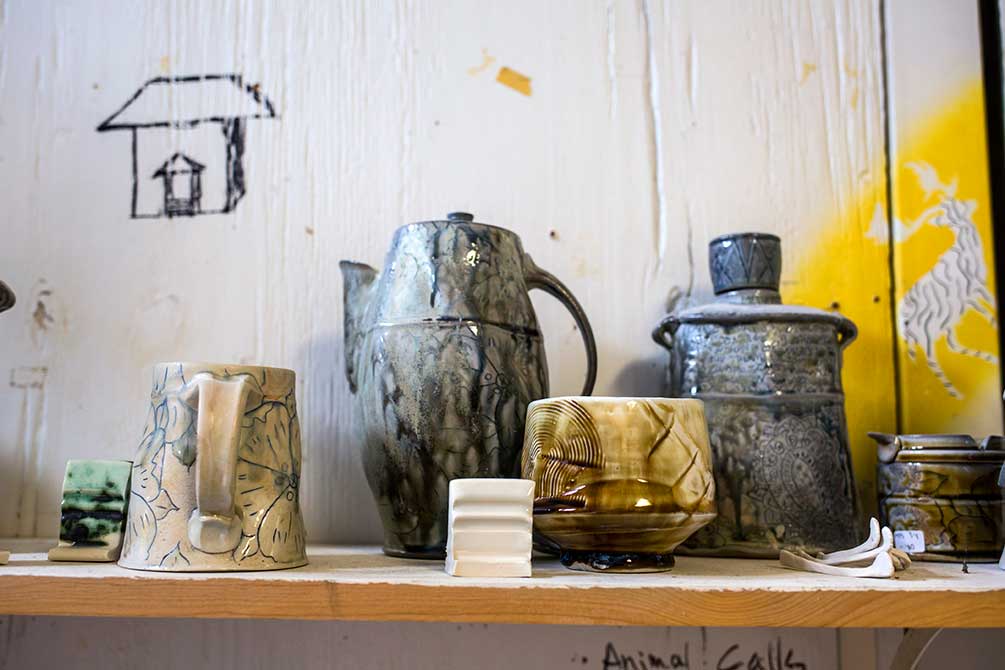 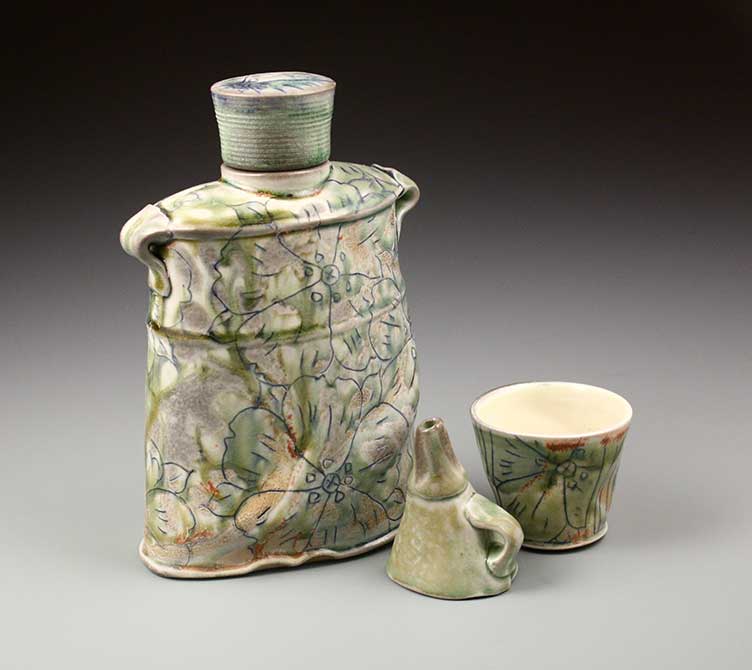 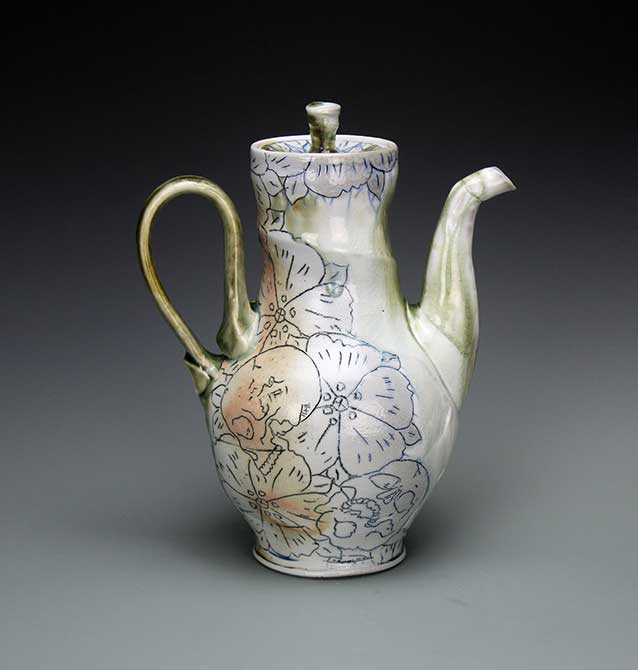 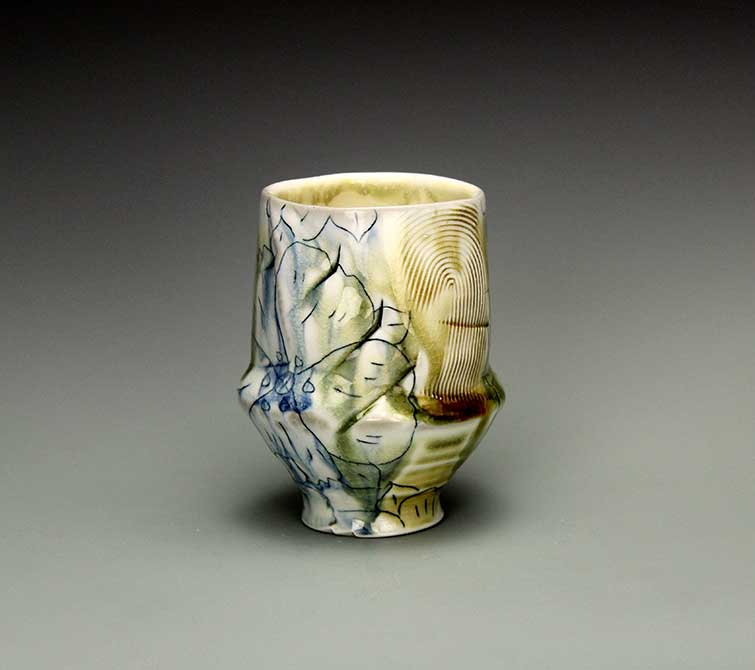 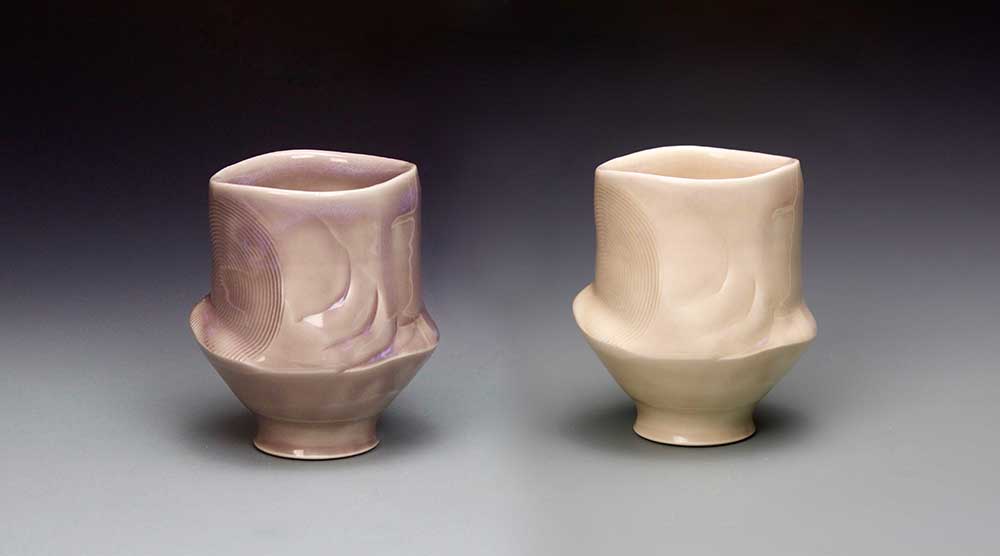 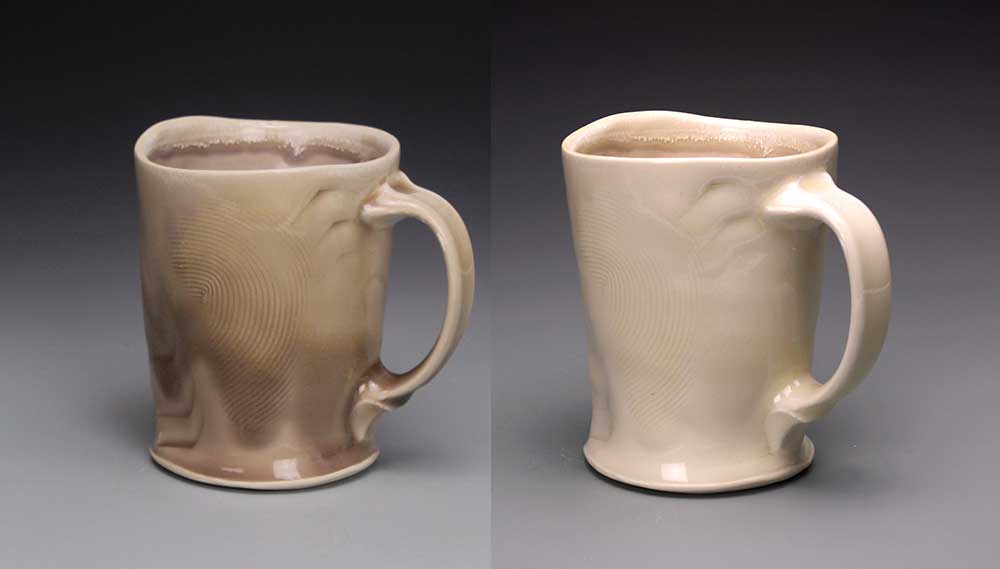 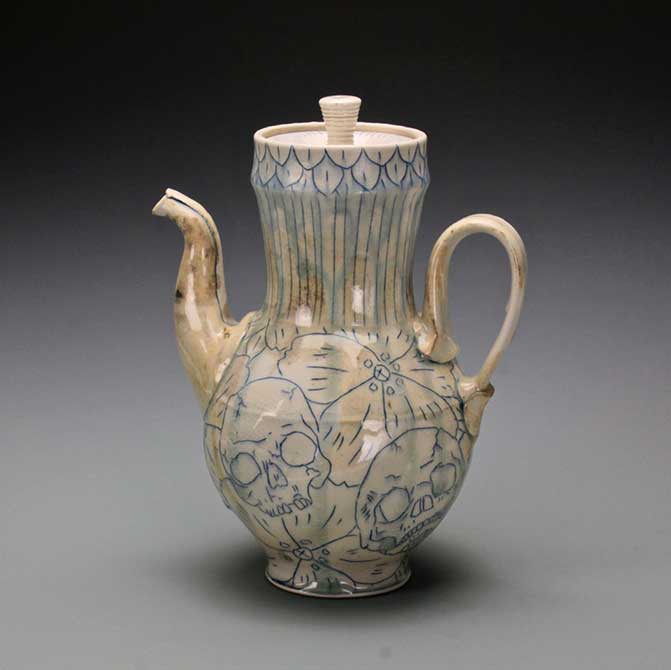 The process uses advanced technology to mimic the natural coloration of amethyst from radiation sources within the earth.

“Our partnership and others like it have the potential to enrich the material culture in artistic ceramics while celebrating scientific innovation,” said Stumbras. “This project has significant potential value for scientific as well as aesthetic purposes.”

Stumbras grew up in Chicago, Illinois, where he developed an interest in ceramic art. His passion was shaped and encouraged by his mother and sister.

“My mother raised me with a pretty different definition of what it means to be a man—to value emotional sensitivity, self-expression, and critique of traditional authority. Although she is a lawyer, she has been supportive of my journey in art and life. My sister, an engineering and music student, taught me about grit and being tough in a sometimes cruel world.”

Stumbras formally studied ceramics at St. Olaf College in Northfield, Minnesota, where he received joint degrees: a BFA in studio art and a BS in biology.

Because of his background in science, Stumbras said he is particularly curious about themes that relate to the natural world from a biological perspective. “I’m very interested in alternative processes and materials and the chemistry that governs their behavior. I want to expand the boundaries of conventional ceramic practices and participate in discussions that enhance the material culture of my craft.”

His interest in using radiation to affect glazing was sparked on a beach in Port Chester, New York. “I found this beautiful piece of quartz that had been colored by radiation, which made me think about mimicking the natural process to formulate a radiation-sensitive glaze.”

He let the idea marinate for a few years until he came to LSU to pursue his MFA. “I pass the Nuclear Science Building almost every day. One day, I just decided to go in and see if I could talk to them about my idea.”

He met Dr. Wei-Hsung Wang, professor at the Center for Energy Studies; director of the Radiation Safety Office; adjunct professor in the Department of Physics & Astronomy, the Department of Environmental Sciences, and the Pennington Biomedical Research Center; and clinical professor of radiology at the LSU Health Sciences Center in New Orleans. Dr. Wang connected Stumbras with Wilson and Hamideh in health physics.

The three concocted a glaze that can be applied to porcelain clay vessels and fired like conventional pottery then exposed to radiation— one of the very few ways to make a permanent change without heat. The finished vessels contain no traces of radiation and are completely safe to use as functional tableware. The glaze has a beautiful shimmery quality with the purplish hue of amethyst, which is indeed colored in a similar manner naturally.

Before Stumbras came to LSU, he studied extensively with his mentor Steven Hill, learning about layering sprayed glazes, glaze chemistry, and single firing. He has had residencies in Chicago, Kansas City, New York, and Colorado. His Skull and Flowers Coffee Pot recently won Best in Show—a $1,000 prize—at the national juried Tabletop exhibition at the Art League of Alexandria, Virginia. His work with radiation-sensitive glazes is to be featured in an upcoming issue of Ceramics Monthly magazine.