LSU School of Art presents the 2013 MFA thesis shows by students who will graduate in December: Intermix by Luisa Restrepo and Conditions of My Release by Michael Alford. 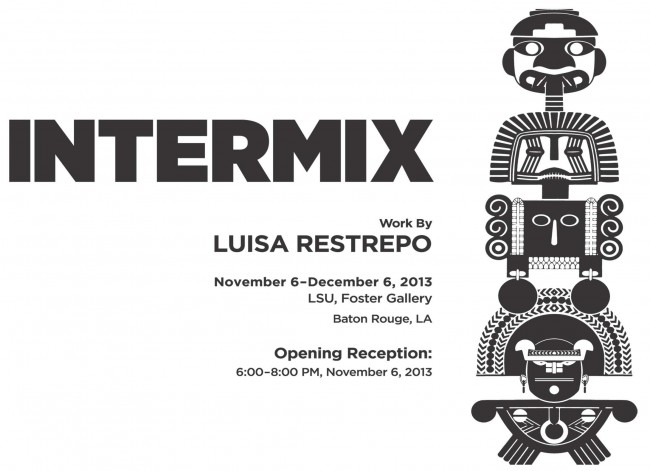 Luisa Restrepo is originally from Colombia. After she graduated college, she wanted to explore a more individual side of herself to combine her artistic creative side with her graphic design knowledge. She has family in Baton Rouge, which impacted her decision to study graphic design at LSU.

“I had a desire to study abroad and a want to connect to a different part of the world,” Restrepo said. “I wanted to study what y’all do with design, and what I can take away from it. The way I see things is different because I’m used to seeing different things from people here. This is a visual exploration of culture and identity.”

Her thesis is on pre-Colombian culture, specifically source visuals of faces as symbolic forms in visual study. She wanted to find new graphic representations of traditional pre-Colombian faces while deconstructing and reconstructing their structure and making them contemporary. She said she wanted to learn something new from each culture—the one that she’s from and the one she adopted—and make a mix.

“I believe that exploring our identity can help us communicate our unique individuality and can be used as a source of inspiration and national pride to tell a unique story and develop a body of work,” Restrepo said.

Restrepo wanted to better understand the images she carried with her since she was a child, but she also wanted it to help guide her in the right direction to share them with her audience who hasn’t been exposed to pre-Colombian symbols and icons.

“We still have Indians alive in our culture,” Restrepo explained. “If you go into Colombia, there are still products made from Indians. I’ve never been to the jungle or met an Indian, but it’s always been a part of my everyday culture. What they do is amazing without being educated. Some of these works are older than Christ. When I started learning about graphic design, my fascination grew. They were designers back then, not just artists—they designed beautiful pieces.”

She wants to show how her culture has shaped the way she designs. Restrepo explained that her culture is constant inspiration and source to pull from. 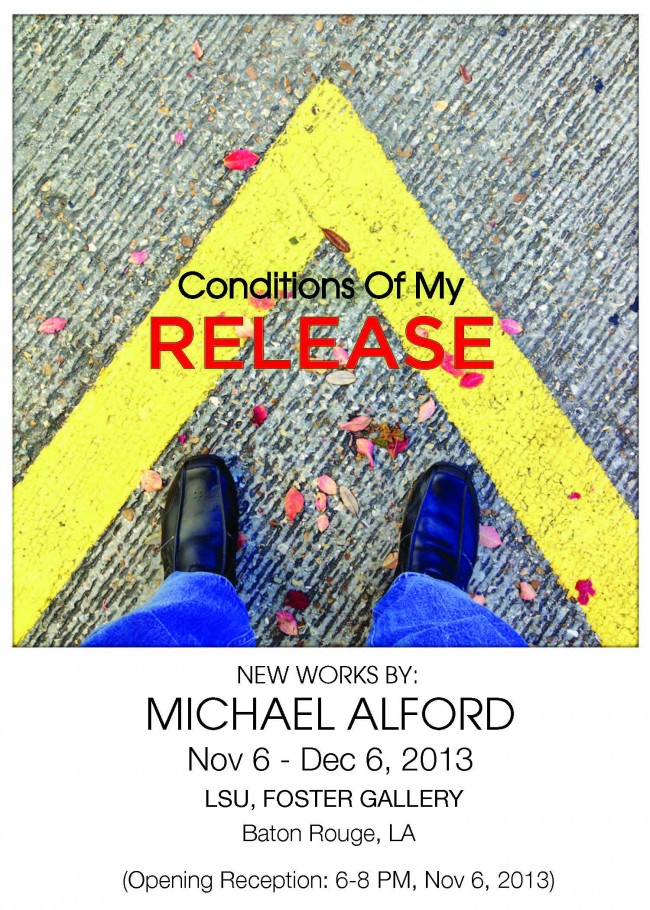 Michael Alford is not a typical graduate student. He spent the first half of his life as a member of the US Armed Forces Special Operations. He earned his BFA from Baylor University while on active duty. He’s 47 years old and has 3 teenagers. Also, he is a multidisciplinary conceptual artist and arts educator. Some of the work that will be presented at his show has recently received national exposure and reviews.

“The transition from being a soldier to an artist seemed very logical as they both require hard work, dedication, vision, and creativity,” Alford said.

For his thesis show, Alford created a series of interdisciplinary artworks that utilize various common and unusual forms of digital technology. The central idea explored in the created works is that time and space is a media in the context of conceptual art. He also observed particular events and phenomena in nature as a source for inspiration.

His artwork will be presented in a series of five to seven installations. With four to 10 works in each installation, there will be a total of 35 to 40 works exhibited. He said he fully expects that some of the work will challenge the notion of “what is art” and “what can be used to create art.”

“Time and space have been important aspects of my life,” Alford explained. “As a professional soldier, it literally determined success or failure or even surviving or not surviving. Those are important aspects I incorporate into my practice as an artist and an educator.”