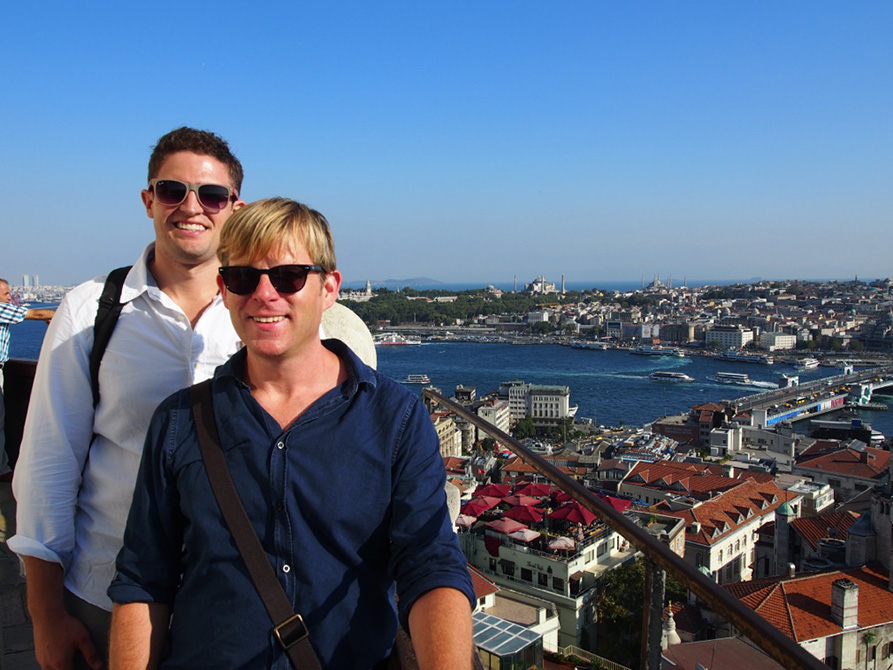 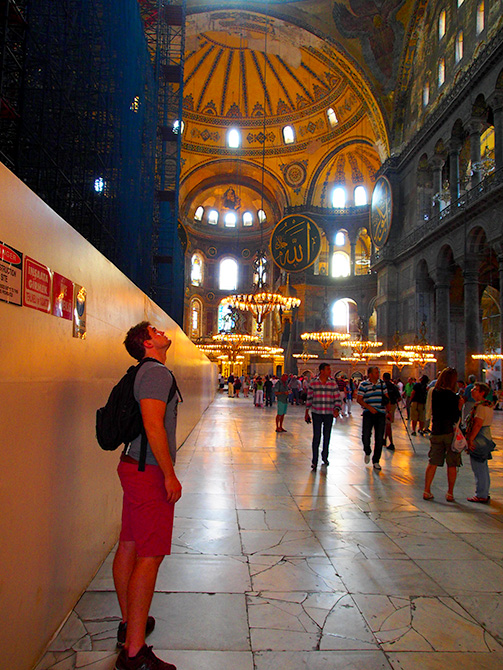 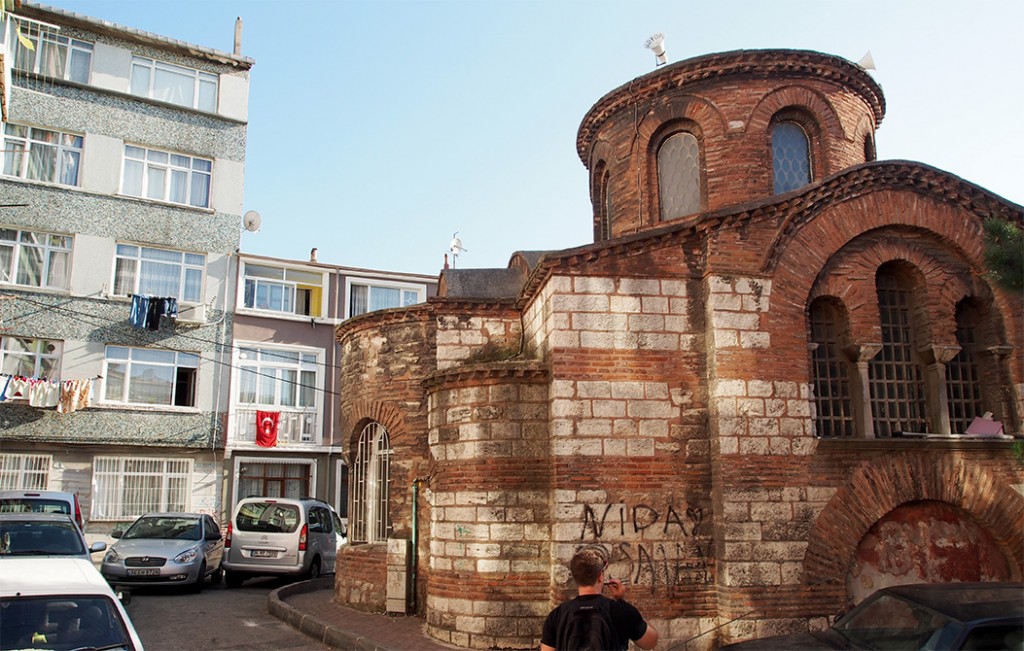 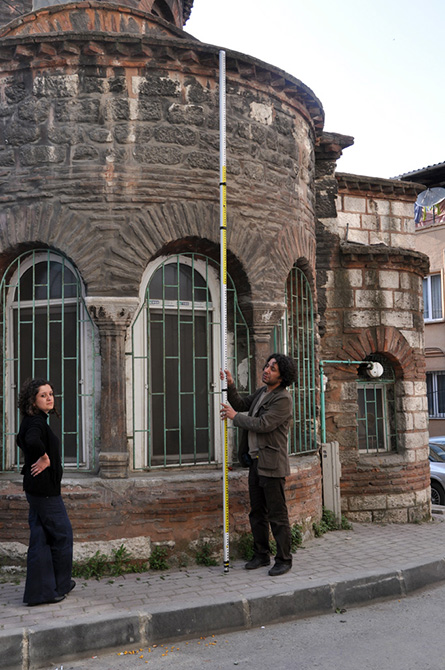 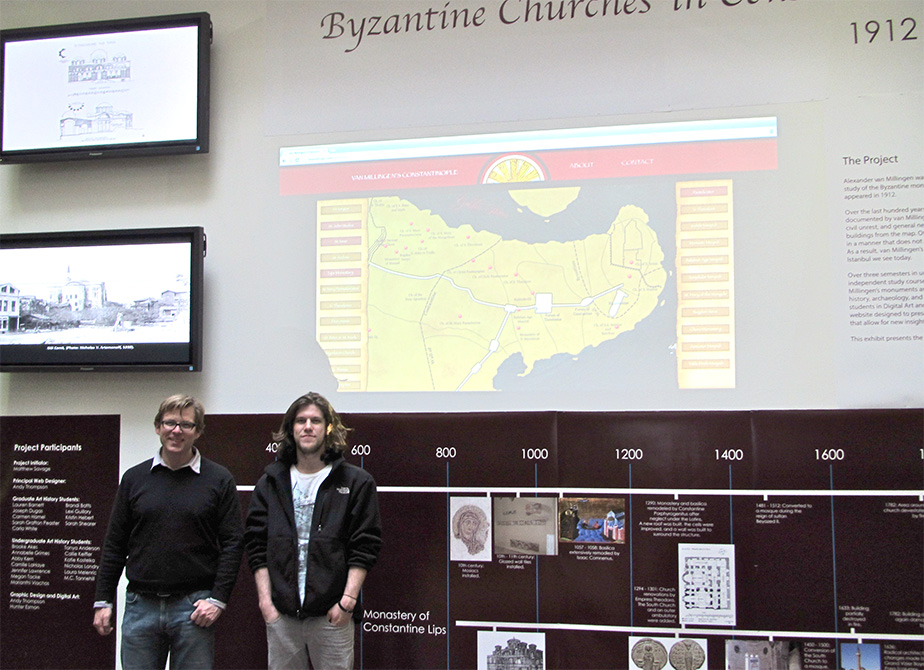 In the spring of 2012, fourth-year art history students enrolled in ARTH 4499: Constantinople set out to study the remaining Byzantine churches in Istanbul, with the goal of creating a website to serve as a virtual museum of approximately 25 of these monuments. The course focused on a critical analysis of a seminal publication on the history, art, and architecture of Byzantine Constantinople, the successor to Rome and the largest city of the medieval world.

The year 2012 marked the centennial anniversary of the publication of one of the first scholarly studies of Constantinople’s Byzantine monuments: Alexander van Millingen’s Byzantine Churches of Constantinople: Their History and Architecture. After 100 years, the publication remains important; however, van Millingen’s monuments have changed much over the last century, as the city itself has, and scholarship after van Millingen has affirmed, amended, revised, and refuted many of his conclusions.

As the concluding project in the Constantinople seminar, students revisited specific monuments from van Millingen’s publication, with the goal of contextualizing them in the light of current scholarship. The final result of the students’ investigation was to be a communal effort: the creation of a website conceived as a virtual museum of the 25 remaining Byzantine churches in modern Istanbul.

In conjunction with the seminar, Savage invited Dr. Günder Varinlioğlu of Dumbarton Oaks Research Library and Collection in Washington, D.C. (currently at Koç University in Istanbul), to lecture and lead a workshop at LSU. An expert in historical photography, Varinlioğlu had recently put together a website of material similar to the project Savage envisioned, and the lecture and workshop were valuable resources that added depth and context to the students’ research.

In order to create the website, Savage collaborated with Andy Thompson, an undergraduate student studying digital art at LSU. The project proved ambitious and could not be completed in one semester. Savage conducted a similar seminar with art history graduate students in spring 2013, and Thompson enrolled in an independent study to continue work on the project.

Thompson said, “I saw this project as an opportunity to present art history research in an interesting and engaging format. From both a technical and artistic standpoint, it has been ambitious and rewarding because of the unique challenges it presented. I am happy to have participated in it, and I hope everyone can benefit from this new tool.”

By the middle of the spring semester, the website was working well, and about half of the envisioned texts had been completed and uploaded to the site. Savage celebrated this success by profiling the project and the contribution of the undergraduate and graduate students in an exhibit on the atrium wall of the LSU Design Building in March 2013.

The website remains in development and will go live once all of the texts have been completed and uploaded. The final texts will be completed as the focus of a research project conducted primarily together with undergraduates in Savage’s spring 2014 course, ARTH 4449: Islamic Art. Students will work closely with Marty Miller, the Art & Design librarian at Middleton Library, to complete a bibliography for the website, and Vincent Cellucci, coordinator of the Art & Design Communications across the Curriculum (CxC) Studio, is helping with the editing process. Andy Thompson is once again enrolled in an independent study with Dr. Savage in order to complete the project.

“The project could not have been realized without the collaboration with Andy. He has the skills I needed to bring this material alive in a website, and his understanding of the aesthetics of design has been essential. This was a true interdisciplinary collaboration, and it is wonderful to have students working at this level in the college,” Savage said.

Another research initiative of Savage’s is a book that looks at issues related to the construction and design of several buildings in Istanbul that date to the Middle Ages (9th–12th centuries). One of the monuments Savage focuses on is a Byzantine church in Istanbul currently being used as a mosque and known today by its Turkish name, Hirami Ahmet Paşa Mescidi. The church/mosque had not been studied in depth until Savage, together with a Turkish colleague at the Haceteppe University in Ankara, received permission from the Turkish authorities to conduct a survey of the building.

Upon returning to LSU, Savage aimed to use the data from the measurements and photographic surveys to create accurate drawings—including plans, sections, analytical drawings of the masonry construction, and a 3D model to aid in understanding the spatial concept of the building. For this work, Savage collaborated with fifth-year undergraduate Cody Blanchard in the LSU School of Architecture.

Blanchard began work by taking the data and producing a 3D model of the building. From this model, he generated accurate floor plans, sections, and elevations. His most creative and time-consuming task was drawing interior and exterior elevations that accurately and precisely documented the medieval masonry. Savage and Blanchard began by using the photographs and measurements Savage took during the survey as the basis for the masonry drawings.

Blanchard said, “A large part of the process was spent exploring the different reconstruction efforts that had been done on the monument during its life cycle and how that affected the masonry that exists today. That exploration then led us into developing and testing methods to accurately depict that information graphically in the drawings.”

In spring 2013, Savage applied and received a grant for a research summer stipend from the Office of Research and Development, or ORED, in order to complete his research for the project. After he accepted the grant, Savage received word that a renovation was underway on the mosque in Istanbul. Feeling the need to investigate the restoration process and the changes made to the building, Savage decided it would be of great advantage to have Blanchard accompany him to Istanbul in order to complete the drawings on site, with the opportunity to incorporate any possible new information brought to light during the restoration work.

Using a portion of the grant funds, Savage was able to bring Blanchard to Istanbul for one week in July 2013. The trip proved absolutely essential. They gained access to the site, checked their drawings for accuracy, and completed the drawings documenting the masonry. In addition, they were able to meet with an editor from an academic press in Istanbul, with whom Savage hopes to see the work published.

“As the architectural documentation and drawings form a major contribution of the volume, it was essential to have Cody on site to discuss issues of accuracy, format, and scale for the final publication,” said Savage.

“Traveling abroad to Istanbul and being able to touch and experience the building was a very rewarding and unforgettable opportunity. Another layer of refinement and understanding was then able to be applied to the project,” added Blanchard.

Although Blanchard graduated in 2013, he continues to work with Savage on the final stages of preparing the drawings for publication.

For more information about research at LSU, visit LSU Discover.