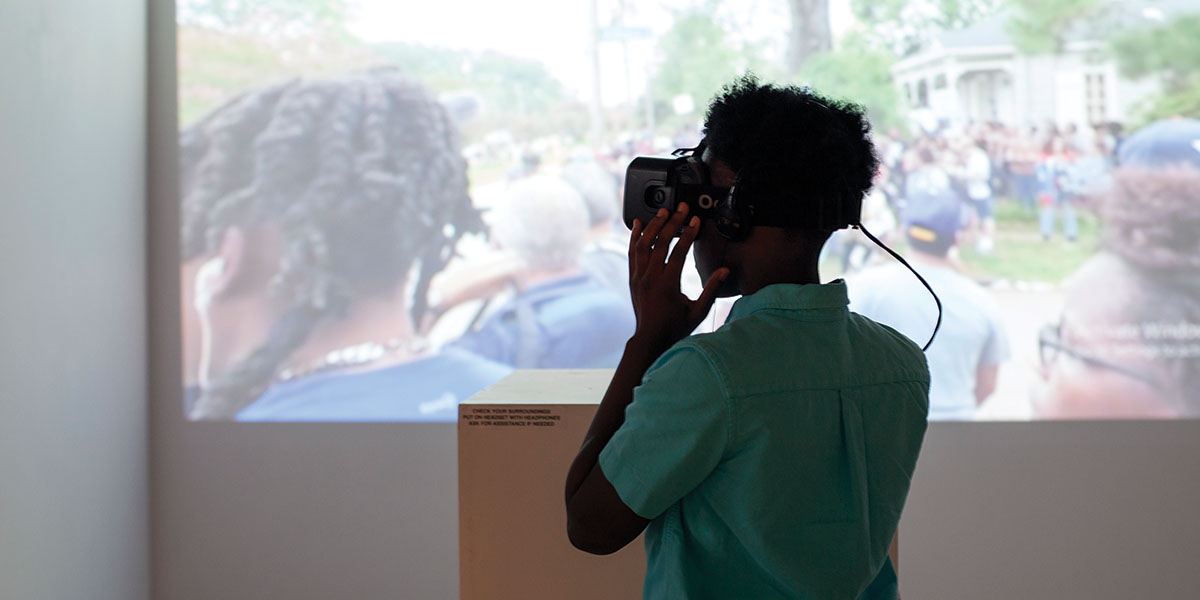 For her digital art thesis exhibition, Haley Hatfield experimented with 360-degree video and virtual reality to expose viewers to the recent social strife in Baton Rouge—a string of events that reflects a transformative time across the country.

“My intent was to use modern technology to document real-life experiences through virtual space,” stated Hatfield. “This framework has the potential to engage and educate viewers on a multitude of contemporary concepts.”

Originally, Hatfield intended to focus on the residual, or remaining, segregation of Baton Rouge. However, shortly after she began interviewing local residents on their experiences, tragedy struck the city with the controversial shooting and death of Alton Sterling by the hands of the police on July 5, 2016. Several protests ensued throughout the following weeks. Then, on July 17, six police officers were gunned down, three of whom lost their lives.

“Urban Illusions is my attempt to add another layer of depth to the events that made national news last summer while also digging deeper into the hearts of Baton Rouge residents,” Hatfield explained. “I felt a responsibility to expose these issues and enlighten those who may be unaware of the real state of American race relations.”

With the combination of virtual reality, 360-degree video, Maya, and Unity, she created a multi-location landscape exposing viewers to these pivotal moments in American history. Footage includes nine interviews with a wide range of Baton Rouge residents and locations important to the message Hatfield is communicating, including the Triple S Food Mart where Alton Sterling was shot and two protest locations. 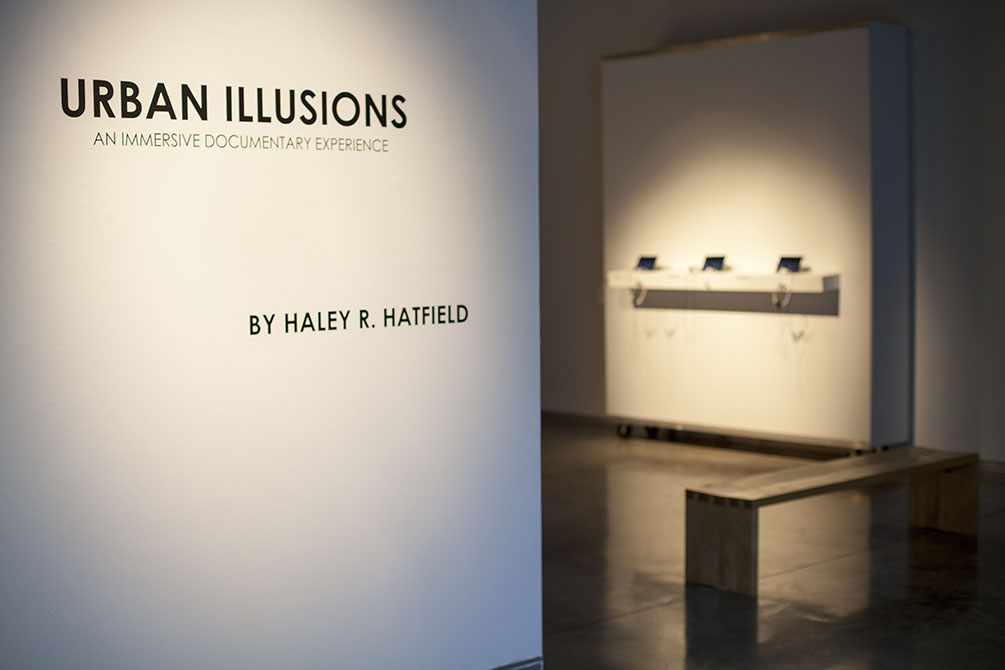 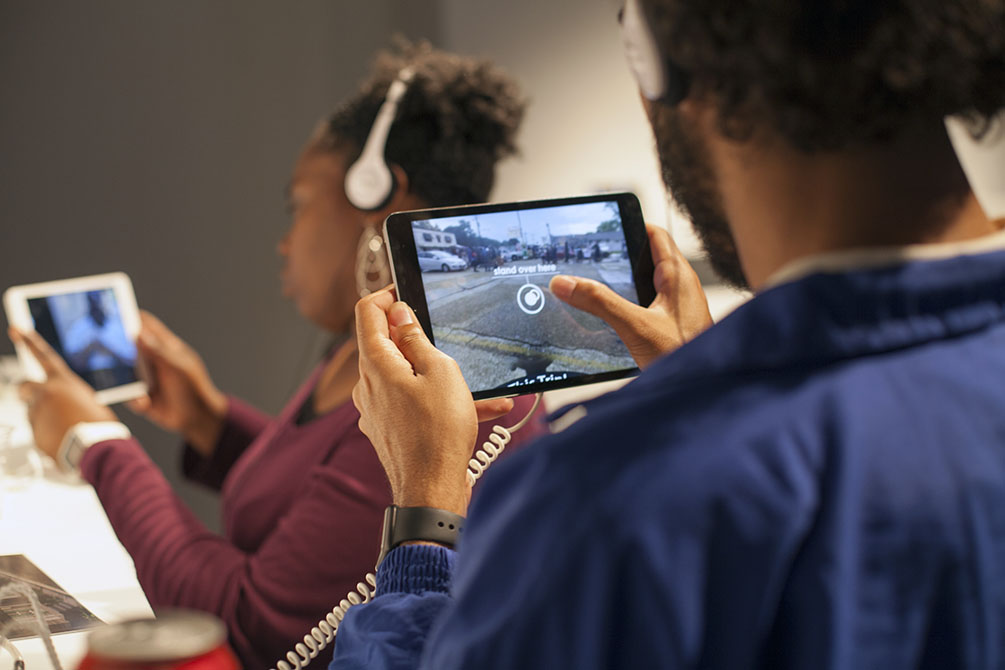 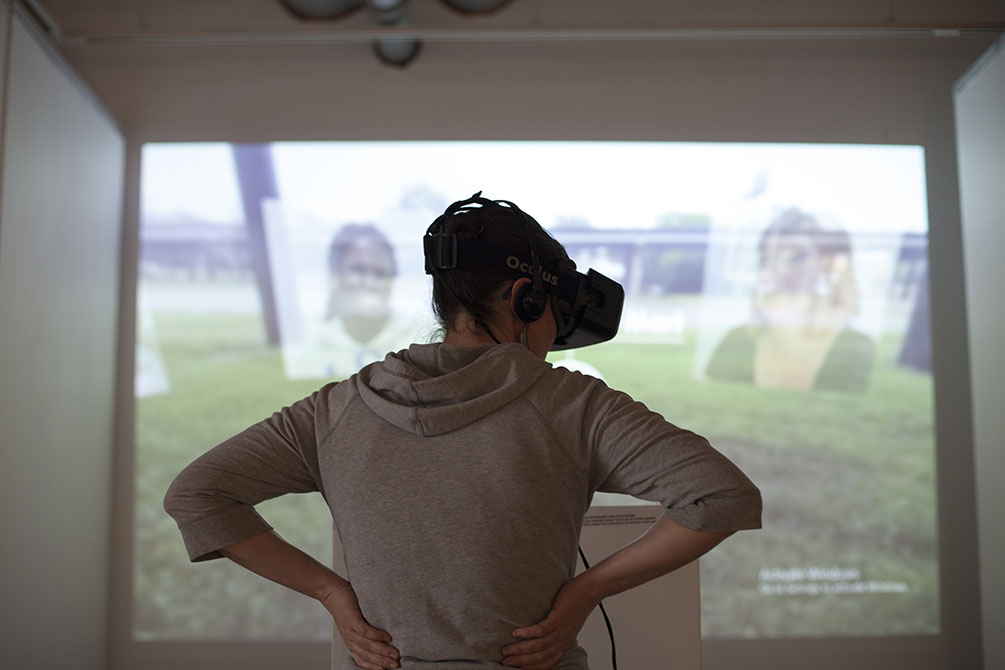 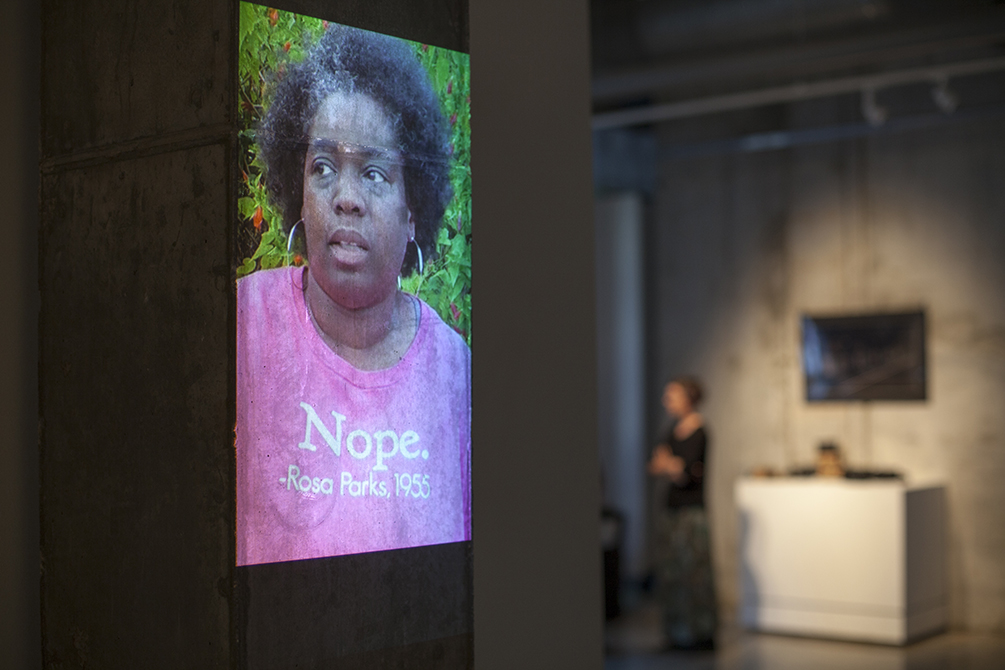 On July 10, 2016, Hatfield marched with thousands of others in the Black Lives Matter protest in Mid City. “The march started as a beautiful diverse group of people all coming together for a cause but was met with a frightening end when police showed up in riot gear,” she recalled. “I have never experienced the kind of fear I felt that day standing near the corner of East Boulevard and France Street, which is why I chose this location as the third environment in Urban Illusions.”

The result of Hatfield’s endeavors is an interactive documentary experience. When viewed through a virtual reality headset, such as the Oculus Rift, or Google VR Cardboard on an iOS device, the experience becomes completely immersive. Viewers have more personal interactions with the footage and can interpret the meaning of the virtual experience for themselves.

“Documenting in 360-degrees allows viewers to see everything, not only in front of them but also to each side and behind them,” shared Hatfield, who explored the roles of documenter, observer, archivist, and participant while filming. Six cameras film at once from a central point, removing speculation of cropped or edited video as there are no borders—also meaning Hatfield can be seen filming.

For her final exhibition, Hatfield included the Oculus Rift immersive experience set up, a digital image of the 3D environment modeled in Maya serving as a metaphor for the concept, a projection mapping compilation of each of the interviews, six iPads with full 360-degree interaction applications of Urban Illusions, and six Google Cardboards for viewers to download the iOS app themselves from the Apple App Store. Anyone in the country can download the Urban Illusions App from the Apple App Store at no cost.

“Virtual reality presents a unique opportunity for documenting real life in a way that is more engaging and potentially less biases than reading about it or watching it on the news,” concluded Hatfield. “This new form of documenting stories and events can change how history is perceived and learned.”