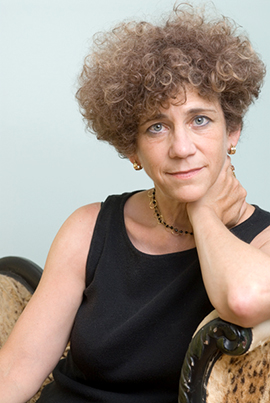 Johanna Drucker, globally known book artist, will deliver the Alfred C. Glassell Jr. Endowed Lecture for the LSU School of Art at 5 p.m. on Wednesday, February 19, 2014 (103 LSU Design Building). Her books will be featured in an exhibit at Hill Memorial Library (dates to be determined), and Drucker is the juror of the collaborative English and art MFA graduate show, Art Unbound III, which opens at the Foster Gallery on January 28, 2014.

Drucker’s lecture, titled “Writing in the Book Format,” will focus on ways artists and writers use books to construct their writing before and during composition—some authors write with format neutrality and others engage actively with format features. The lecture will discuss the future of book formats in electronic media, along with print and manuscript production and books with non-traditional structures. The lecture is part of the LSU College of Art + Design 2013-14 Lecture Series. 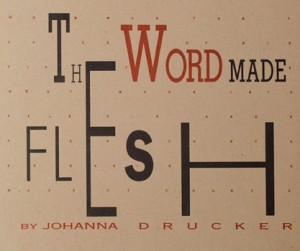 The Word Made Flesh by Johanna Drucker

Drucker is an author, book artist, visual theorist, and cultural critic. Her scholarly writing documents and critiques visual language including: letterforms, typography, visual poetry, art, and lately, digital aesthetics. Her works have been exhibited and collected in many libraries and galleries worldwide. She is currently the Bernard and Martin Breslauer Professor of Bibliography in the Department of Information Studies at UCLA.

The lecture is free and open to the public. The LSU School of Art welcomes all students, faculty, alumni, and the Baton Rouge community to attend this event.