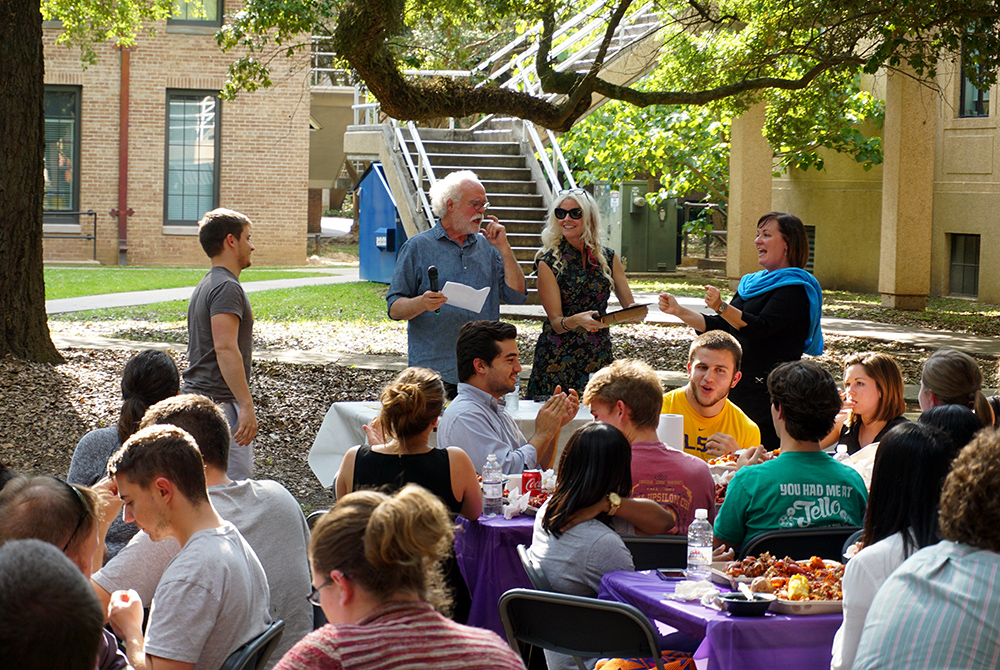 On Friday, May 1, 2015, LSU architecture students received dozens of medals and awards at the LSU School of Architecture OJ Baker Awards & Crawfish Boil, sponsored annually by the Baton Rouge Chapter of the American Institute of Architects. At this year’s celebration, Assistant Professor Jason Crow received the AIAS Award for Outstanding Teaching. OJ Baker competition winners and awards recipients are listed below.

In 1931, the Grand Council of Alpha Rho Chi established the Alpha Rho Chi Medal to “encourage professional leadership by rewarding student accomplishment.” A certificate and medal is awarded to a graduating student who has shown an affinity for leadership and performed willing service for the school or department and who shows promise of real professional merit through his or her attitude and personality. The Alpha Rho Chi Medal is awarded annually to graduating students at accredited schools of architecture in the United States and Canada and at schools with an active chapter of Alpha Rho Chi Fraternity.

Named in honor of the late Jonathan King, cofounder and first president of the Architectural Research Centers Consortium, the ARCC King Medal is given to one student per ARCC-member college, school, institute, or unit. Selection of recipients is at the discretion of the individual member institutions but is based upon criteria that acknowledges innovation, integrity, and scholarship in an architectural and/or environmental design research. The award may be made at either the graduate or undergraduate level. Students receive a certificate and a medal.

Selected annually by the LSU School of Architecture faculty teaching in the building technology sequence, technology awards are based on student performance in technology coursework. Up to two, typically graduating, students each receive a book and certificate.

Selected annually by LSU School of Architecture faculty teaching in the architectural history sequence, the R. W. Heck History Award is based on student performance in history coursework. The student receives a book and certificate.

The Digital Media Award is given to the best overall student utilizing digital media.

Year Level Design Awards are selected annually by the faculty teaching the relevant year, based on student performance in each year’s studio. Each year, one award is given to a student in each year level.