LSU landscape architecture alumni, faculty, and students will receive top honors at the 2016 ASLA Annual Meeting & EXPO in New Orleans this October, including three medals, seven professional awards, and three student awards. On top of these honors, two landscape architecture faculty, Associate Professor Lake Douglas and Professor Charles Fryling, will be elevated to the ASLA Council of Fellows, and the current president of the national organization is LSU alumnus Chad Danos, FASLA, BLA 1990.

Alumnus Kurt Culbertson, FASLA, BLA 1976, is the recipient of the ASLA Medal. Awarded once annually, the ASLA Medal is the society’s highest award for a landscape architect. Culbertson is CEO and chair of Design Workshop, Inc.’s international practice, which also won a 2016 Award of Excellence in the residential design category and two honor awards. 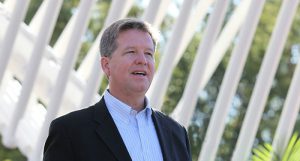 “Any success I have found in my career I owe to the enormous support of my wife, Gene Anne, and family and the education that I received at the Robert Reich School of Landscape Architecture,” shared Culbertson. “It is an honor to follow in the footsteps of LSU’s first winner of the ASLA Medal, Dr. Robert S. Reich, and particularly special to receive the award in Louisiana in the company of my many LSU friends and colleagues. The night is also special as my good friend, Jim Burnett, will be honored. Love Purple. Live Gold.”

The ASLA Design Medal was awarded to LSU alumnus James “Jim” Burnett, FASLA, BLA 1983, president and founder of the Office of James Burnett, which won the 2015 ASLA Firm Award. The ASLA Design Medal annually recognizes an individual landscape architect who has produced a body of exceptional design work at a sustained level for a period of at least 10 years. 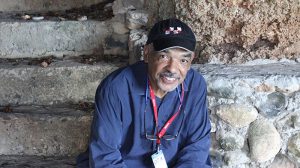 “Receiving the ASLA Community Service Award is a humbling experience,” said Allen, “especially in Louisiana, where design must begin with community engagement.”

On top of the celebration at the ASLA Annual Meeting & EXPO, the Robert Reich School is hosting a separate alumni reception for alumni, friends, faculty, and students at the Preservation Resource Center on Friday, October 21, 6–9 p.m., to celebrate the excellence of the school as well as beloved professor Max Conrad’s 50th anniversary as an educator at LSU. Conrad received the 2013 ASLA Jot D. Carpenter Teaching Medal in recognition of his sustained and significant contribution to landscape architecture education.

ASLA is the national professional association for landscape architects, representing more than 15,000 members in 49 professional chapters and 72 student chapters. Since the 1980s, no fewer than 70 alumni have won national ASLA awards, including four firm awards and six medals, and 43 LSU students have won national ASLA student awards. The 2016 alumni, faculty, and student awards are listed in more detail below. Visit asla.org/HonorAwards/aspx for more information about this year’s awards and landscape.lsu.edu for more information about the LSU Robert Reich School of Landscape Architecture.

“Culbertson, the CEO and chair of Design Workshop, Inc.’s international practice, is a longtime leader in sustainable development, and communities from around the world have benefitted socially, economically, and aesthetically from his projects. His skill at navigating difficult but important projects to build broad consensus is clearly recognized by the profession through seven national ASLA awards and dozens of regional and state ASLA awards. Culbertson has also served as a mentor to hundreds of landscape architects and demonstrated a lasting dedication to landscape architecture education.”

“Burnett has consistently delivered graceful, human-scaled and sustainably built landscapes that have yielded some of the most recognized and beloved urban environments worldwide. Klyde Warren Park in Dallas; Sunnylands Center and Gardens in Rancho Mirage, California; and the Park at Lakeshore East in Chicago are just a few examples. Burnett founded the Office of James Burnett in 1989, which has become one of the most influential landscape architecture firms in the world and received the ASLA Firm Award in 2015.”

“The firm’s principals, Diane Jones and Austin Allen, associate professor of landscape architecture at the LSU Robert Reich School of Landscape Architecture, address projects predominantly in urban areas with a focus on New Orleans, Key West, St. Louis, Baltimore, and Cleveland. The two landscape architects have pushed community service far beyond any single locale or region and have helped to foster diverse communities near and far.” 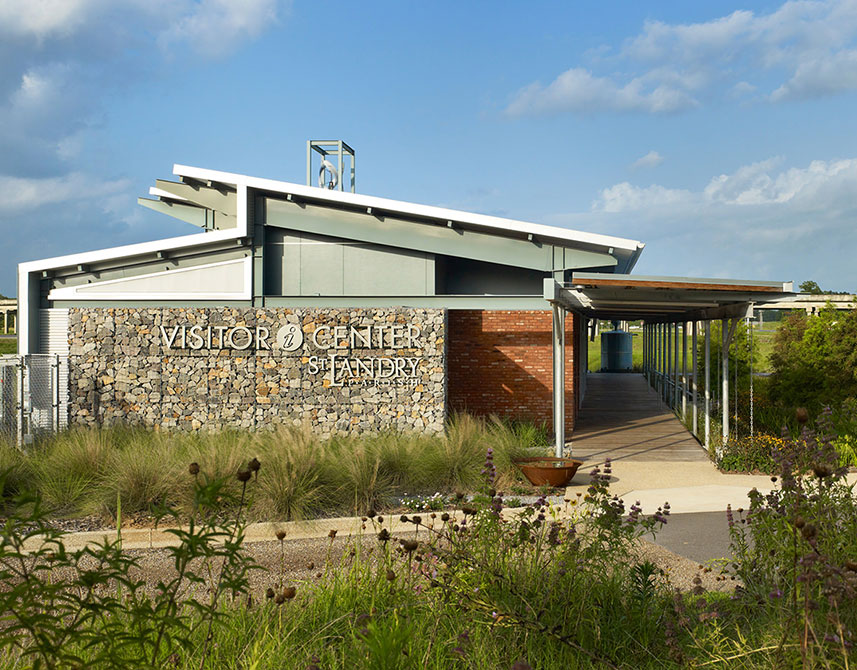 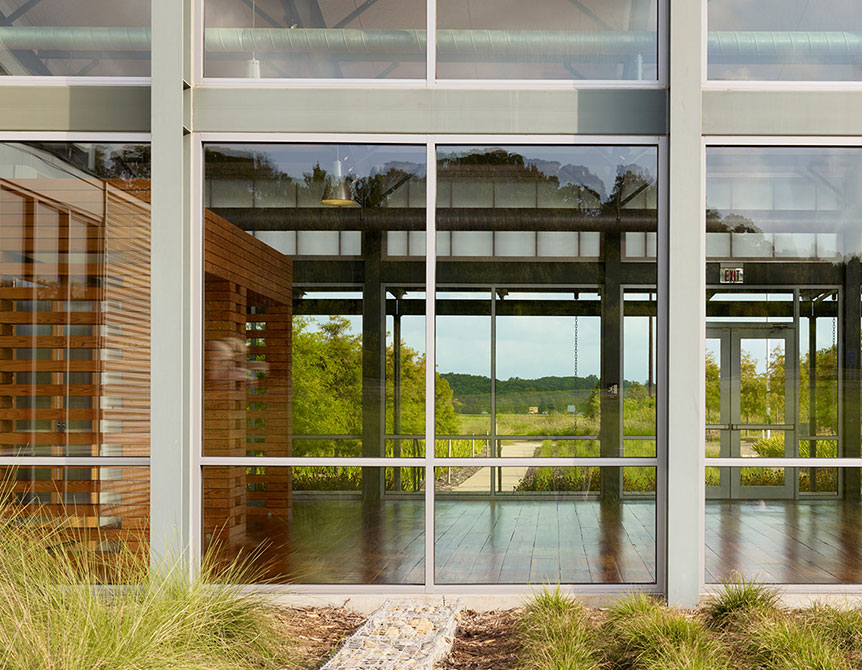 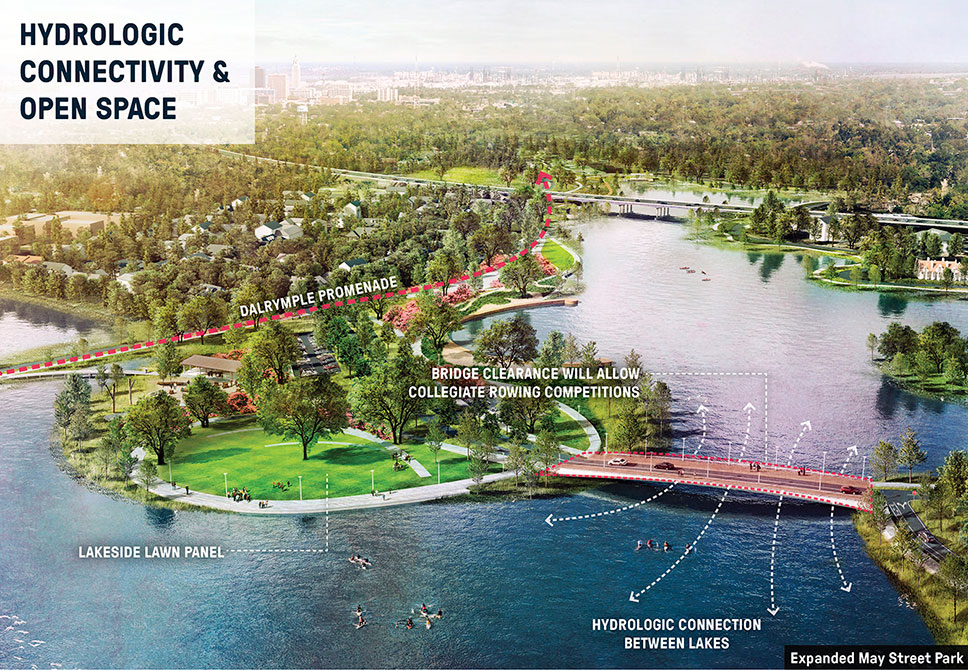 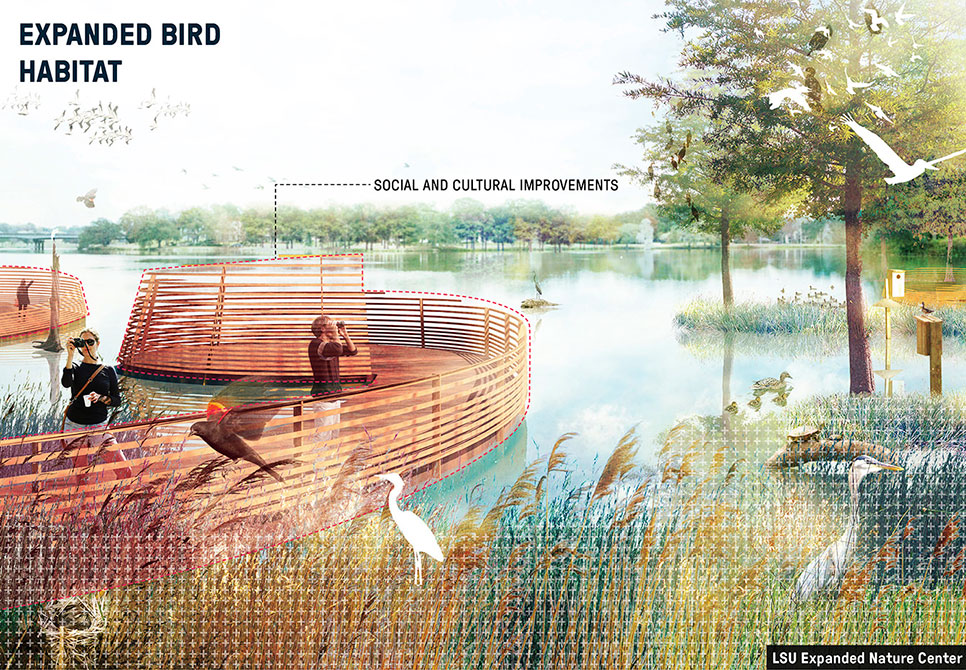 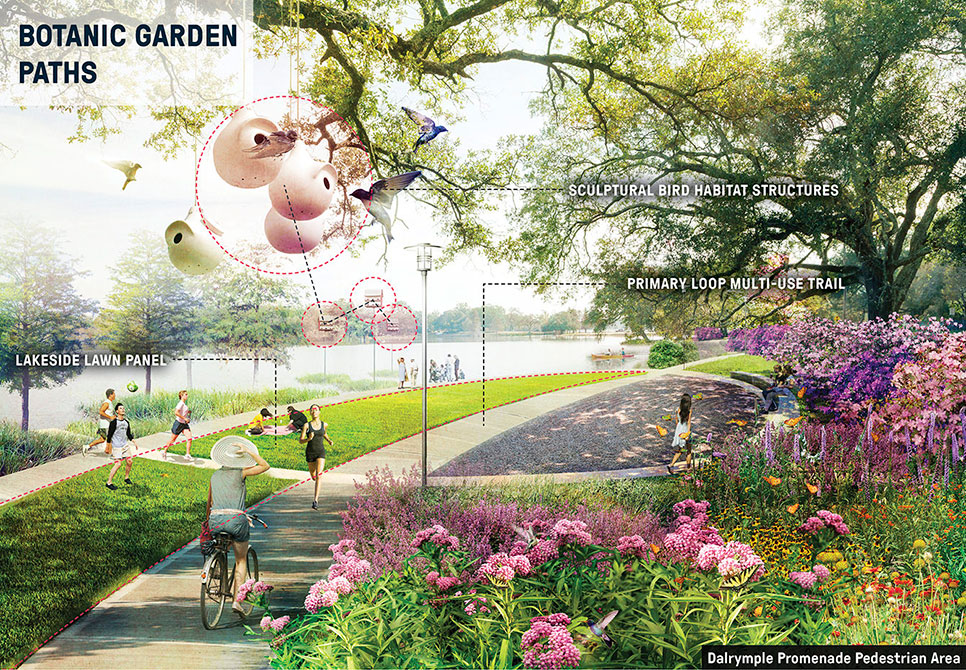 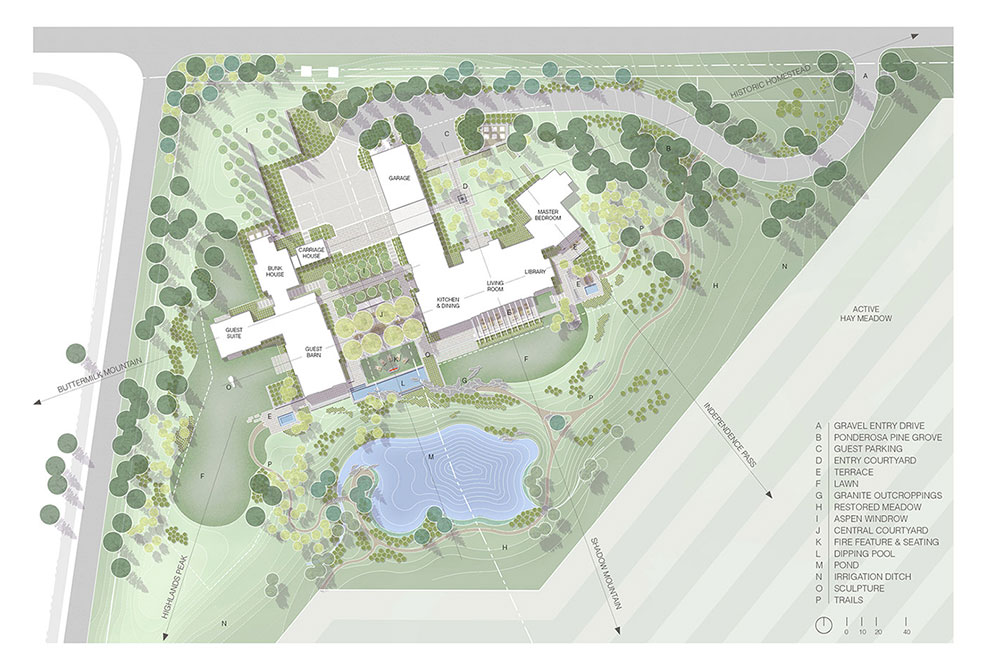 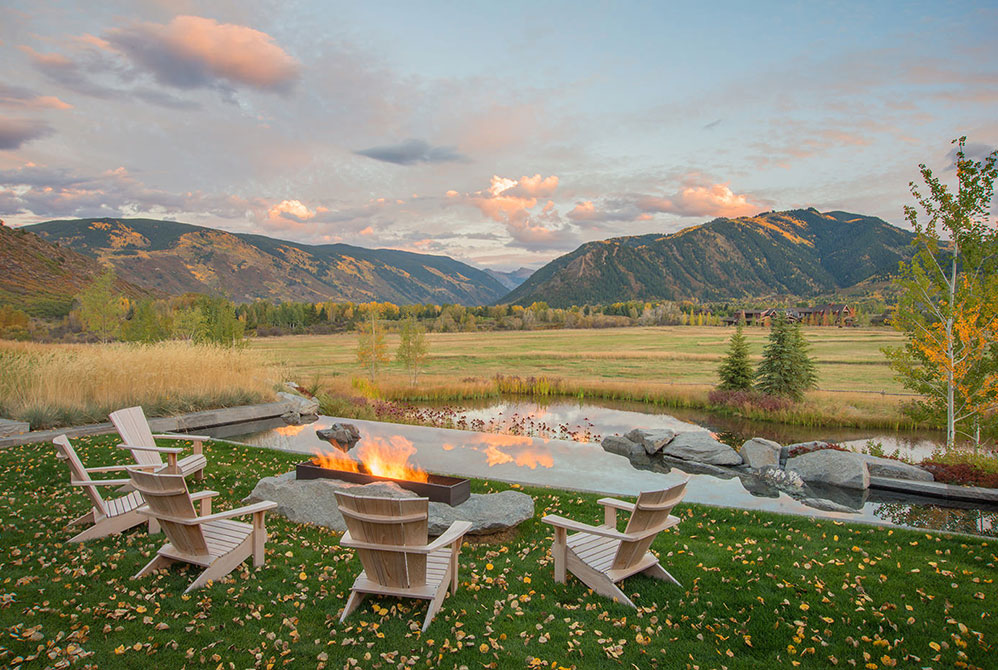 “The proposal for a new visitor center along Interstate 49 was an opportunity to provide visitors their first glimpse of the forests, swamps, and prairies typical of this diverse landscape. Through interpretations of these native landscapes at the new St. Landry Parish Visitors Center, travelers are able to gain an understanding of the region’s distinctive character.”

“A great response to orienting visitors to the ecology of Louisiana.” —2016 Awards Jury

“The recently completed Bayou Greenways Master Plan for a new 300 mile long linear park system connects over 1.9 million citizens along Harris County’s 10 major waterways. With a multitude of economic, environmental, and physical and mental health benefits, Professor John Crompton of Texas A&M estimates annual benefits to be in excess of $117 million. Running from headwaters to confluence, each of Bayou Greenways are based on a diverse ecological heritage and commitment to quality of life for all.  The resulting work is a source of civic pride and an emphatic expression of place.”

“Until recently, this 3.5-acre property was the maintenance boneyard for a nearby working ranch. Piles of wood and debris, covered with a layer of fill, had created an artificial landform, resulting in a site that was both ecologically lifeless and unsightly. A collaborative effort combining the creative talents of the landscape architect, architect, and interior designer resulted in a new vision for the property, one that reimagines the disturbed site as a livable landscape, emblematic of the heritage of the surrounding pastoral setting.”

“The design for this 28-acre property combines the landscape architect’s creative vision with the owner’s commitment to land stewardship, environmental sustainability, and responsible management. The site, a complex and dynamic natural ecosystem, was a virtual wasteland for almost a century, its natural resources—centuries old Ponderosa pine trees and gravel—harvested and mined for use in building the infrastructure of a burgeoning city. Through an artful application of ecological principles, a multidisciplinary team transformed a dark-side-of-the-moon landscape into a high-performing montane ecosystem challenged by harsh climatic conditions and condensed growing seasons.”

“This book is the first comprehensive publication of its kind in the profession. It has been field-tested in landscape architecture offices on a variety of national and international projects for over a decade, used as part of course materials at universities, and focuses not just on technical aspects of documentation but also on how documentation relates to the design process. This publication provides an important tool in improving the quality of built work, thereby elevating the stature of the profession.” 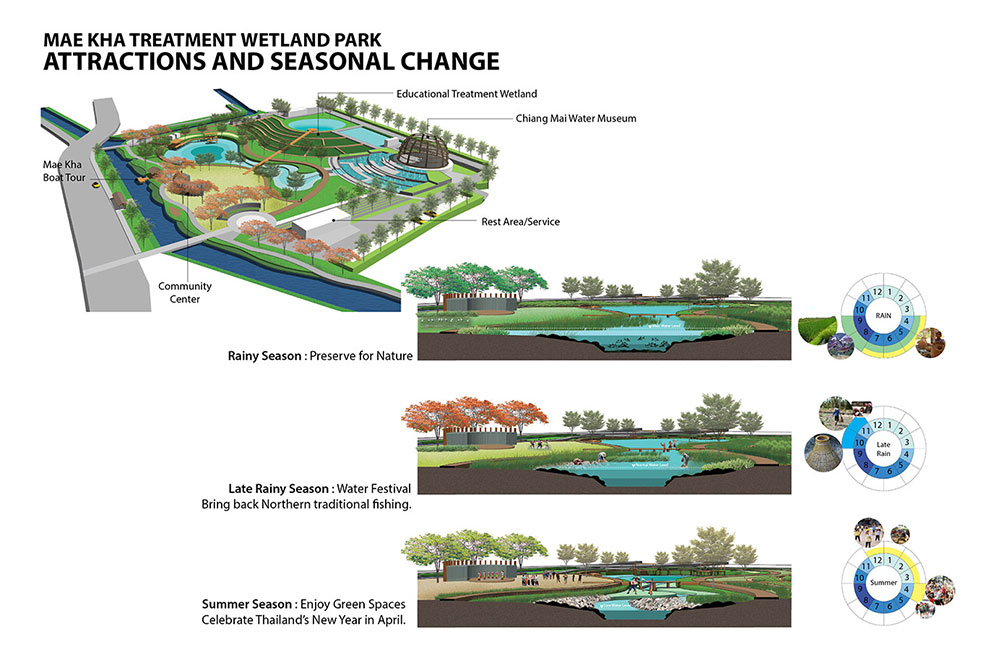 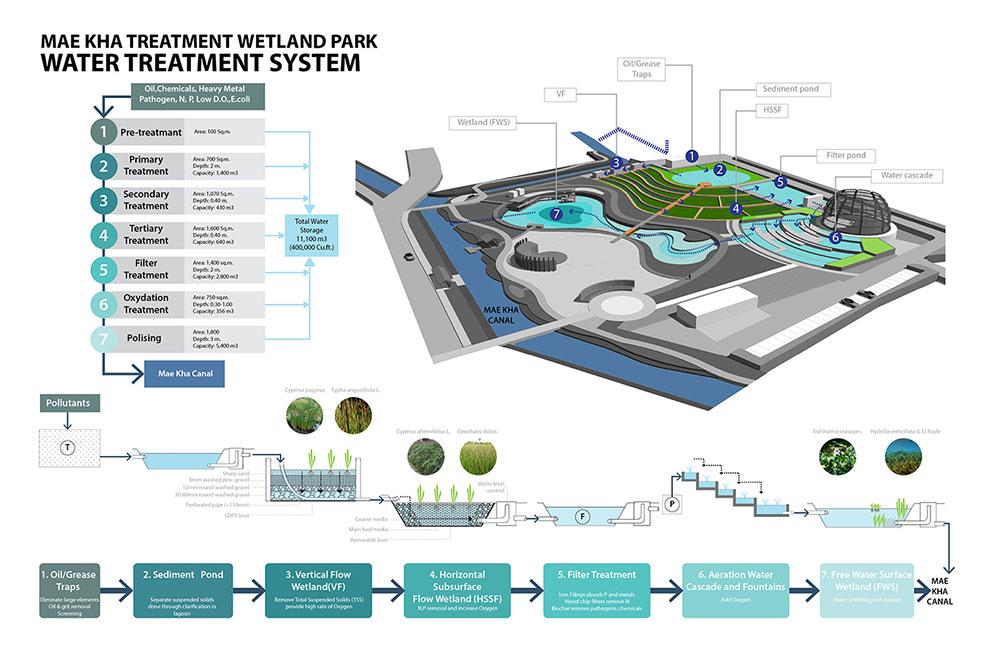 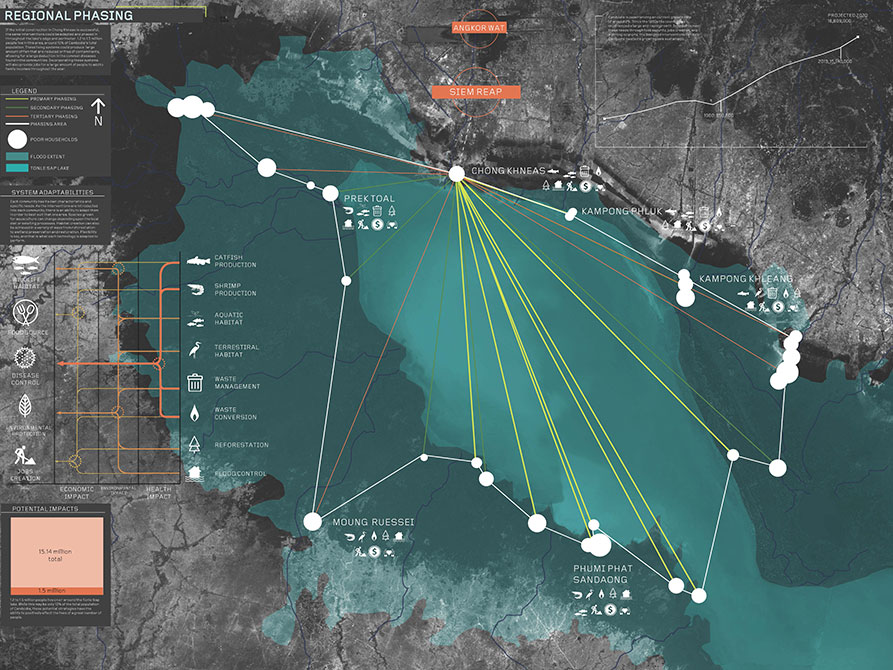 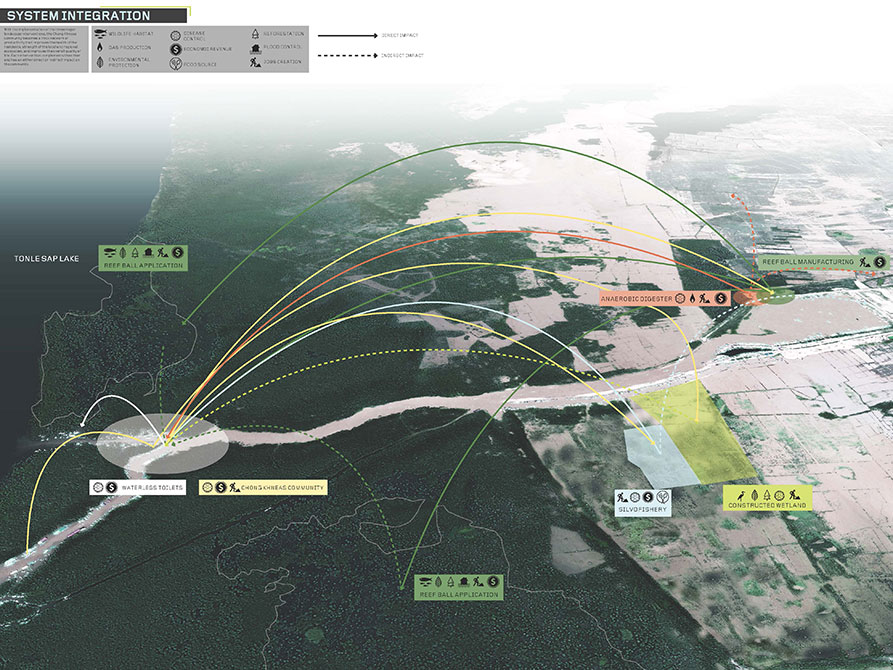 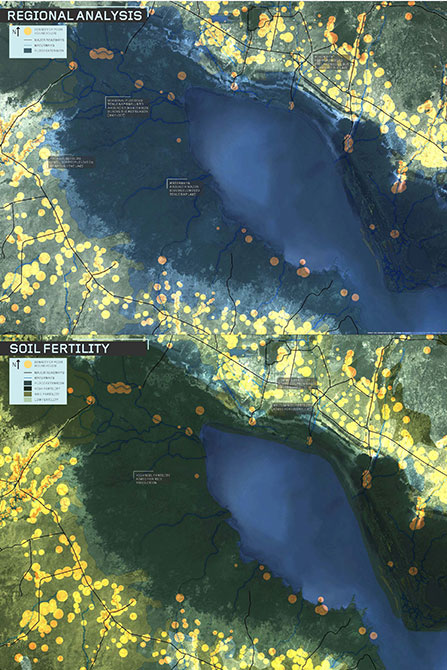 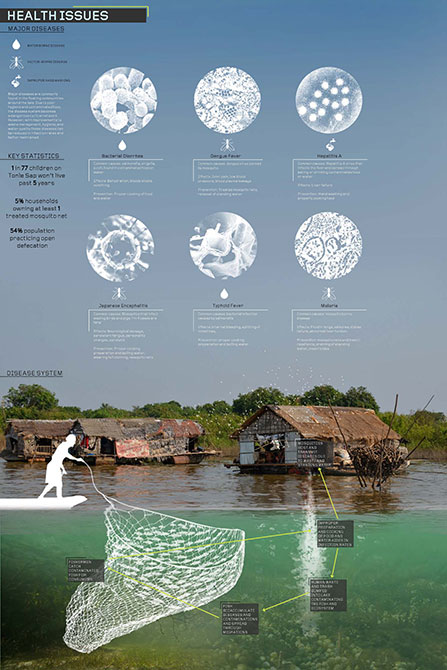 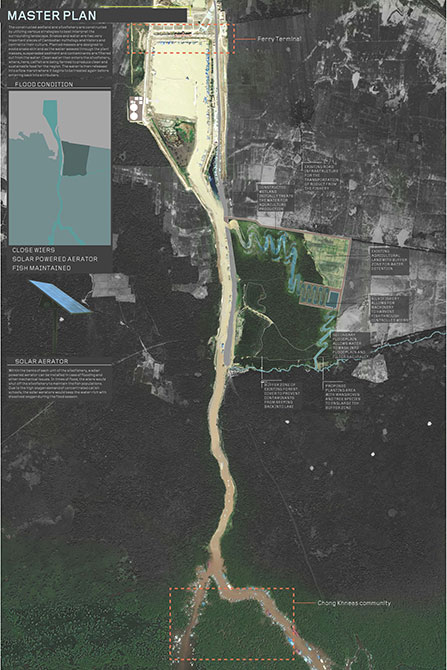 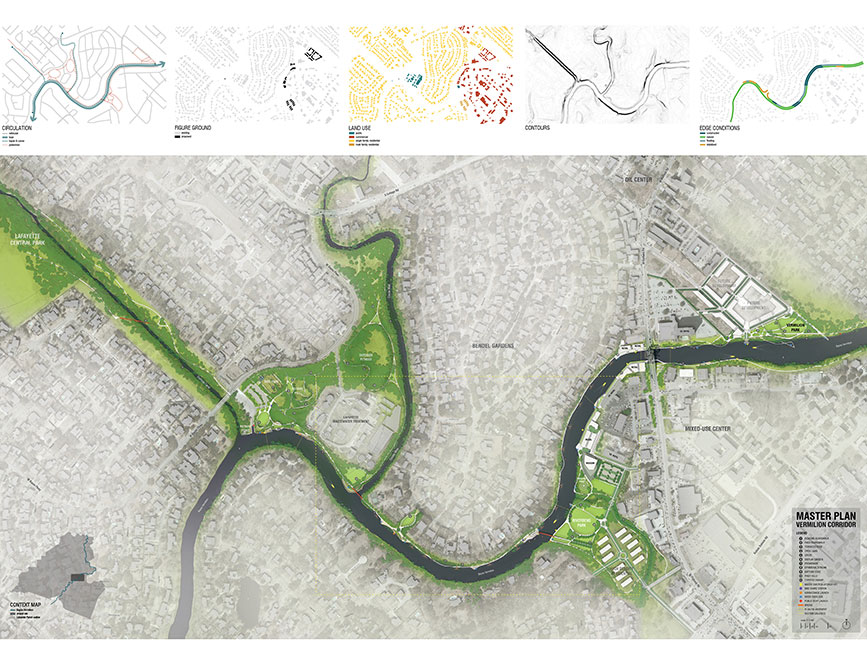 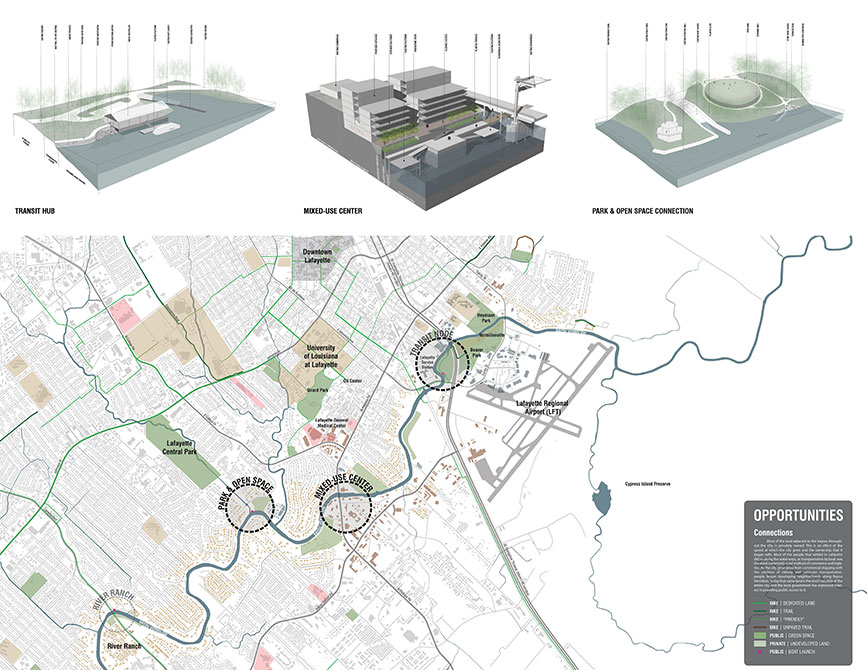 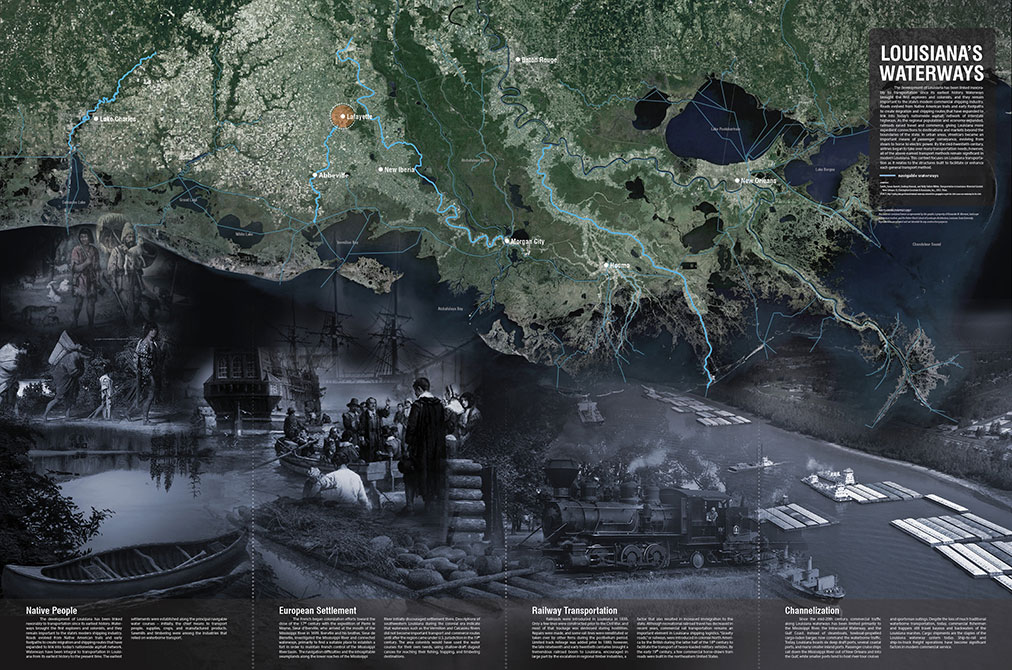 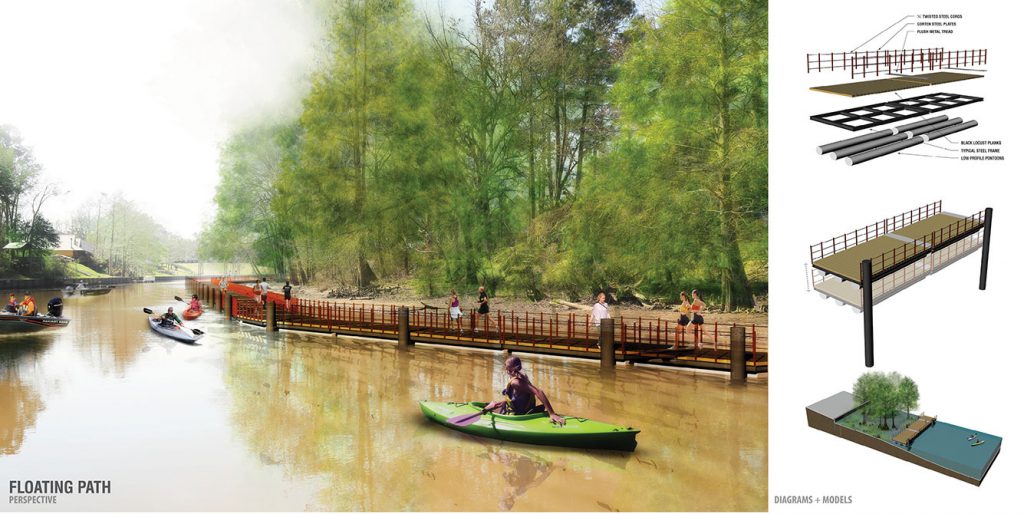 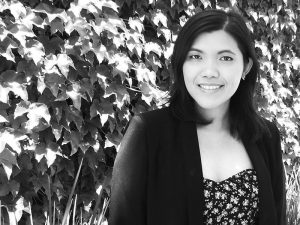 Sunantana Nuanla-or’s thesis project focuses on the Mae Kha Canal, the most degraded urban canal in northern Thailand, aiming to promote an ecological and sustainable approach in improving the canal’s water quality. At an urban scale, it suggests a green corridor along the canal, where people can interact with nature and enjoy recreational spaces. It promotes a stewardship program that encourages participation of communities, government, organizations, stakeholders, and private sectors in coordination with Mae Kha Canal development. At a site scale, her thesis proposes landscape infrastructure of an urban wetland park that integrates ecological processes and recreational spaces. As a pilot project of wetland water treatment, the infrastructure will demonstrate and help educate people on how to purify water by using ecological methods and the benefits of long-term maintenance and development. Moreover it will articulate Mae Kha Canal’s historical significance and cultural richness in order to encourage a sense of preservation and respect. The study and the proposal were disseminated at municipality headquarters and were showcased on April 08, 2016, at the 720th anniversary of Chiang Mai. “With over 200 participants from multiple stakeholders, the study was publicized and, hopefully, will be fully implemented at many levels,” said Sunantana.

“Far from being constrained by a one-size-fits-all approach, this project offered specific responses for different areas. An obvious strength was that the team took a close look at nodes and corridors. You can use a project like this to turn around the public’s thinking and that of decision makers.” —2016 Awards Jury

Sunantana is currently a landscape designer at PLAT Studio in Berkeley, California. 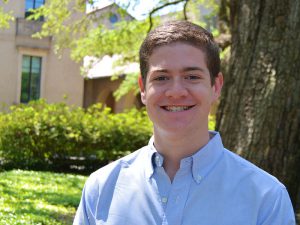 As the largest freshwater lake in Southeast Asia, Tonle Sap, located in the heart of Cambodia, is a highly productive and volatile system. Currently, 1.2 to 1.5 million people living in poor and unhealthy conditions move with the lake’s temporal change each year. William Baumgardner’s capstone project aims to interpret the native landscape and nature of the lake while improving the overall quality of life for the communities that call it home. Three main strategies are designed to improve the ecosystem, health, and economy: waterless toilets and an anaerobic digester, fabricated mangrove reef balls, and a constructed wetland and silvofishery. Each implemented system would create a new network that would positively impact the surrounding human and environmental communities. With the success of one primary site, each technology could be adapted and phased into the other major community sites around the lake’s perimeter and potentially improve the quality of life for over 10 percent of Cambodia’s population.

“The analysis was strong, educational, and the planning was clear and straightforward. The core idea was to take a complex ecosystem and upgrade it without disturbing current life-ways. It was achieved with great sensitivity.” —2016 Awards Jury

William is currently an MLA candidate at the Harvard Graduate School of Design. 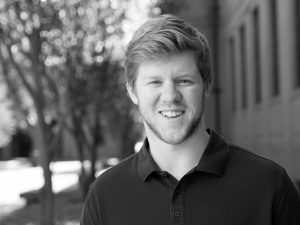 Alexander Morvant’s capstone project aims to establish a connection among open spaces along Bayou Vermilion in Lafayette, Louisiana, in order to enhance its use as a cultural, economic, ecological, and open space amenity. Like many other small communities in Louisiana and elsewhere, Lafayette turned its back on the waterway that facilitated the area’s original settlement. Much of the land along the bayou is privately owned and residential, with public access limited to a few critical points, where Alexander proposes a transit hub, a mixed-use center, and connections to existing public recreation and open spaces. To reinforce these new uses, a trail will connect several destinations by utilizing land on the banks of Bayou Vermilion adjacent to existing residential properties. The intent of this project is to create public access to Lafayette’s historic and scenic Bayou Vermilion, thereby providing local residents access to the bayou’s unique cultural, ecological, and open space potential. In addition, this project can provide a model for waterfront access for other Louisiana communities that share similar conditions.

“I was captivated by the graphics that explored an innovative river trail program that would connect communities. They provided different examples of what they were dealing with and came up with well-designed solutions. The project, once implemented, would introduce people to places that might otherwise be inaccessible. Quite compelling.” —2016 Awards Jury

Alexander is currently a member of the design team at Ten Eyck Landscape Architects in Austin, Texas.