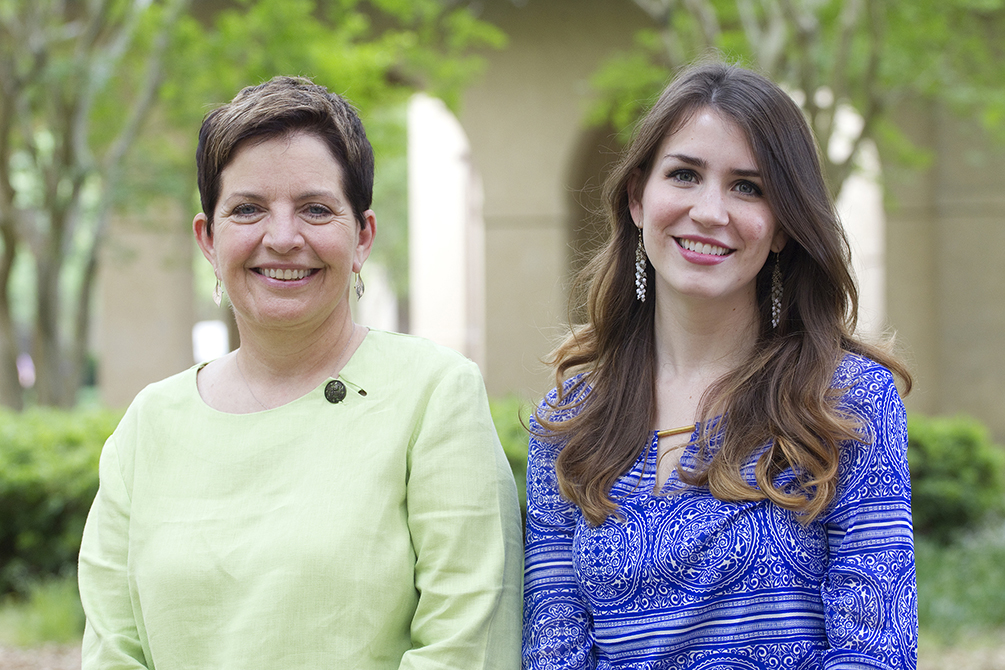 Martha Richard never attended LSU, but she recognizes how the university has impacted her life.

Richard said her late first husband, architect T. Byron Smith, came from a middle-class background, “but LSU enabled him to do so many things. He accomplished so much in his lifetime that I felt he would want me to give back on his behalf, for everything he was able to do with his life.”

Soon after Smith passed away, Richard bought a single premium life insurance policy on herself that will benefit LSU on Smith’s behalf. “It’s something that my financial advisor suggested to me,” Richard said, adding that she received a charitable deduction for the amount she paid on the premium.

“I think it’s a great thing to get in front of people, because it’s something they can do now that will turn into so much more in the future,” she shared.

Richard’s insurance investment will double when realized, benefiting the College of Art + Design, but she also helps students now. After her husband’s death, Richard began celebrating his birthday by giving to the Thomas Byron Smith Memorial Scholarship.

The award is given to an upper-classman studying architecture at the LSU School of Architecture. “I want it to go to somebody who is committed to the program,” Richard shared.

This year, which would have been Smith’s 70th birthday, Eva Rodriguez was named the scholarship recipient. Rodriguez shared that when she married in December 2012, finances quickly became tight as she and her husband worked toward their respective degrees.

“It came in a time when I really needed financial support,” Rodriguez shared. “When I got the scholarship, my husband and I were thrilled to be receiving that help. It definitely gave us some relief financially. It’s so encouraging to know that there are people out there like Mrs. Richard that want to help you fight for your education and support you through it.”

Richard shared that establishing the scholarship is something she knows her late husband would have wanted. “Because of what LSU provided to him as far as income and improving his life, he accomplished so much,” Richard said.

Smith loved giving back, one time helping a stranger get home for Christmas. “He just pulled out his wallet and gave them the money to get back,” Richard shared. “He had an incredible heart. He really did.”

Richard said that she hopes the scholarship will help its recipients achieve the same quality of life she and Smith shared through their love of architecture and travel. The life insurance policy, which will provide unrestricted funds, is intended to help the school where it is most needed.