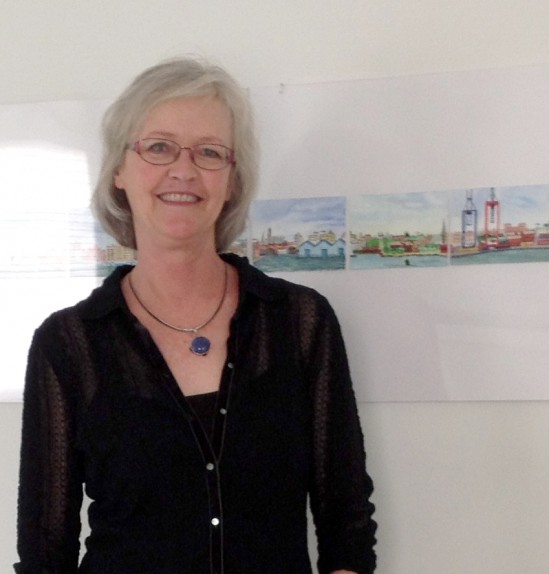 In 1979, LSU School of Art painting alumna Kristin Malin received the Purchase Prize at the LSU Union Student Art Show for her work entitled Metamorphosis, a triptych of an abstract, reclining womanly figure. Anne Price, an art reviewer for The Advocate (Baton Rouge, La.), described the work as “imaginative and haunting and a concept of rather unusual depth for an undergraduate student.” Malin asked the gallery director if she could take the painting home so she could capture images, or slides of the work. She promised to return the painting shortly after. However, as it often does, life got in the way, and the painting never made it back to LSU—until now.

When Malin graduated from LSU, her plan was to move home to New Orleans. Shortly after, she found out she was accepted to the New York Studio School. Ambitiously, Malin headed to New York with no place to live. “Oddly enough, I actually found housing through a visiting artist I had met during my time at LSU.”

The networking opportunities at the School of Art are one of the many ways LSU has impacted Malin’s life. “At LSU I had the best foundation that any artist can have, and the visiting artist program augmented that,” she said. Malin could not imagine a place better suited for her. “As big as LSU is, the School of Art was like its own little world,” she noted. 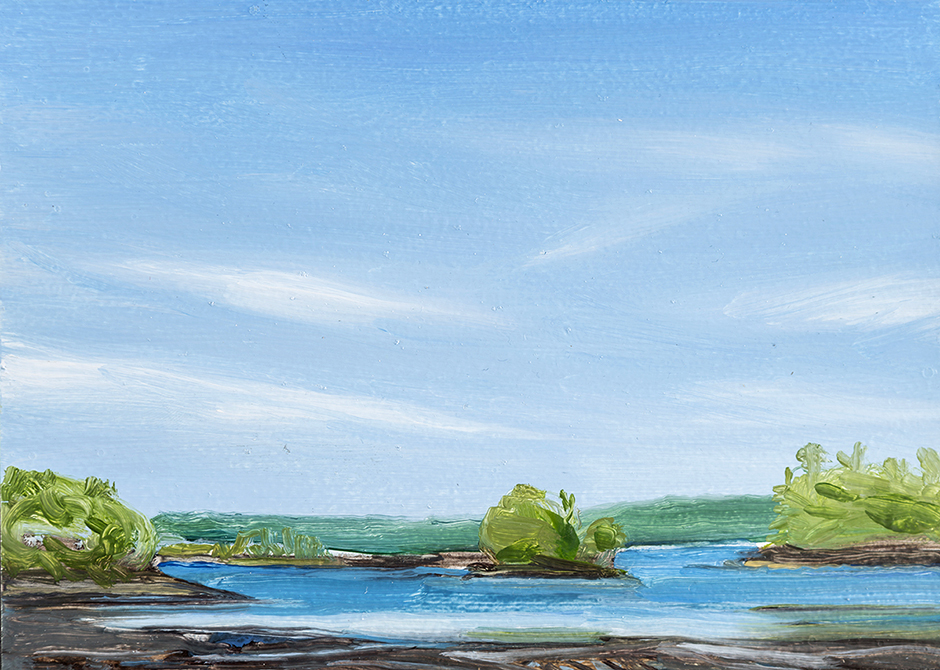 After a semester at the New York Studio School, Malin was accepted to Columbia where she received her MFA in painting. Throughout her life, Malin has remained an invested painter. Her work has been exhibited in Lower East Side galleries, The O’Farrell Gallery, the L.C. Bates Museum, the New York Studio School Gallery, and the Center for Maine Contemporary Art. She was the recipient of an Artist’s Space grant, and she has worked at the New York Council for the Humanities and the Environmental Defense Fund. She is currently represented by Caldbeck Gallery in Rockland, Maine.

Malin has also discovered her passion for education. She initially became involved in her local school board, where she advocated for doubling the amount of hours students have in arts education. In time, Malin was elected president of the Maine School Board Association and is now a Northeast Region Director on the National School Boards Association Board of Directors. “Education has always been important to me. I was one of those kids who loved school when it wasn’t cool to love school,” Malin joked.

Since marrying and starting a family, she has moved to Georgetown, Maine. It was not until recently when she was home in New Orleans helping her mother move that she was reminded of the painting. “I found it underneath my childhood bed with a sticky note I had written in 1979 that read, ‘return to LSU,’” Malin said.

She contacted her former professor, Ed Pramuk, LSU School of Art professor emeritus, who assisted her in returning the painting to LSU, where it now hangs in the dean’s office at the College of Art + Design.

“The painting was very different and a step forward for me, and what I wanted to get across as an artist—it really was the beginning of the beginning for me.” Malin continued, “The painting has been with me the whole time without physically being with me.”