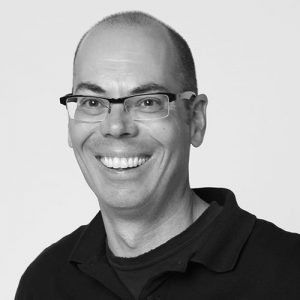 Mather received his nomination for ASLA fellowship in the knowledge category from the Southern California chapter of the organization.

For the past 20 years, Mather has used film and video to engage and educate the general public and advance the practice of landscape architecture. As stated at asla.org, “Mather communicates the complexities of landscape architecture in ways that rivet the imagination . . . and expose a universe of viewers to virtual landscapes they would not otherwise enjoy.”

To date, Mather has made two feature films and dozens of short films that profile projects and designers, communicate urban design and sustainability issues, and virtually immerse viewers within landscapes. “Every project has a story—a unique project site inherent to the design, a story about the designer and his or her concept,” emphasized Mather. “I use film to integrate narrative with a sense of place.”

Originally from Baton Rouge, Mather was planning on studying film at the University of Texas in Austin, when he received a full scholarship to LSU.

“My plan was to go to LSU for a couple of years and then transfer to UT later on, but in the meantime I had to pick a major,” Mather recalled. “I had a friend in landscape architecture, and one Sunday night, he took me to the studio, where I met Doc Reich and some of the students who were busy working on final projects. I was so inspired I chose to study landscape architecture—and never switched.”

Mather received his Bachelor of Landscape Architecture with honors from the LSU Robert Reich School of Landscape Architecture in 1993. While studying at LSU, he worked as a computer specialist for the Mid City Redevelopment Alliance in Baton Rouge and as a student manager of the LSU College of Art & Design’s Computer-Aided Design and Geographic Information Systems (CADGIS) lab—which to this day provides students and faculty access to large-scale printing, scanning, computer services, and specialty software. Mather credits this experience for his dual career in landscape architecture and film.

“My experience in CADGIS prepared me for my future career,” Mather stressed. “I would not have been able to do film—primarily digital—without the computer literacy and early introduction to technology that I received at LSU.”

Mather quickly took advantage of his background in technology, combining it with his professional niche. After graduation he joined Nakano Associates in Seattle, where his groundbreaking design visualizations helped the firm land the environmental impact study for the Seattle Seahawks football stadium project. This success led to more design visualization projects, and by the early 2000s, Mather was one of the leading experts on the use of digital video applications in his profession. He has shared his technical knowledge at international film festivals and conferences, including at the International Film Festival Rotterdam in 1999; the Festival International du Film de I’Internet in Lille, France, and the MIT Digital Cinema Conference in 2000; and the Seoul Net Festival in 2001. His works have been profiled in Time, Newsweek, The New York Times, Wired, and the Australian cinema journal, Senses of Cinema, and he has screened his work at Sundance, South by Southwest, and at several galleries, including the National Building Museum in Washington, D.C., Walker Art Center in Minneapolis, the A+D Architecture and Design Museum in Los Angeles, and the Seattle Art Museum. His films have also been broadcasted on the Sundance Channel and the Documentary Channel and on National Public Radio.

Educators routinely use Mather’s films to introduce students to the field of landscape architecture; for example, faculty at LSU screen Building a Sustainable Future to illustrate techniques of implementing green infrastructure, and Mather’s adaptation of Kevin Lynch’s The Image of the City has been screened at UCLA to teach urban design theories. Mather’s films have been commissioned by design firms and funded by grants from organizations and individuals. His feature-length film, From Sea to Shining Sea, a contemporary portrait of the United States experienced via a cross-country time-lapse video and audio collage, was produced by ASLA, and his 2009 film, A Necessary Ruin: The Story of Buckminster Fuller and the Union Tank Car Dome, a documentary that tells the history of Union Tank Car Dome, located north of Baton Rouge, Louisiana, through interviews with architects, engineers, preservationists, media, and artists, was funded by a grant from the Graham Foundation for Advanced Studies in the Fine Arts.

From Sea To Shining Sea from Evan Mather on Vimeo.

A Necessary Ruin: The Story of Buckminster Fuller and the Union Tank Car Dome from Evan Mather on Vimeo.

Throughout his burgeoning and bustling film career, Mather has continuously worked as a landscape architect and is a registered landscape architect in California. In 2003, 10 years after he graduated from LSU, Mather joined AHBE Landscape Architects in Los Angeles, where, as a principal and owner, he works on parks, civic, education, healthcare, hospitality, transportation, housing, offices, and retail projects—all while providing the general public with his unique insight to the design process through his films.

Learn more about Mather’s films at handcraftedfilms.com, and visit ahbe.com for more information about AHBE Landscape Architects. View the complete list of ASLA’s 2017 Class of Fellows at asla.org.