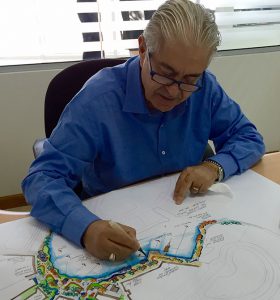 Mahadin drawing the master plan for a project in Abu Dhabi

Dr. Kamel Mahadin is one of four Robert Reich School of Landscape Architecture alumni to be elevated to ASLA fellowship in 2017.

Mahadin received his nomination for American Society of Landscape Architects fellowship from the organization’s Council of Fellows Executive Committee for his life-long service. Currently a Jordanian senator, Mahadin is one of the highest appointed landscape architects in the world.

After graduating high school in Mafraq, Jordan, Mahadin received a scholarship from the U.S. Agency for International Development to study architecture at the American University of Beirut. Four years later, due to war-time instability in Lebanon, his scholarship was transferred to the U.S., where he finished his studies, ultimately earning a Bachelor of Architecture from Kansas State University in 1979.

Mahadin had returned to his homeland and was working as an architect at Jafar Tukan & Partners and teaching at the University of Jordan when, in 1982, he met Turner, who was in Jordan as a Fulbright Scholar and working as a campus planner at the very same university where Mahadin was teaching. The two became fast friends, and Turner encouraged Mahadin to pursue a Master of Landscape Architecture at LSU.

“I was accepted at LSU, and I learned from such top-notch designers—Robert Reich, James Turner, Sadik Artunc, Neil Odenwald, Max Conrad, Van Cox, Charles Fryling, and Wayne Womack,” shared Mahadin. “I did very well in the program and fell in love with the profession.”

Mahadin received his landscape architect registration in Texas and Louisiana during his second year of master’s studies at LSU, and in 1985, two years after receiving his master’s, he served as LSU’s first campus planner. He taught at Texas A&M University while pursuing his Doctorate in Environmental Design, which he completed in 1987. After receiving his doctorate, Mahadin returned to Jordan and founded MK Associates, the country’s first firm dedicated to the practice of landscape architecture. To date, Mahadin has completed hundreds of projects around the world, including Tripoli Park in Libya; the project management of several hospitals in Iraq; and, in his own country, the International Hotel Aqaba, the Marriott Jordan Valley Resort & Spa in Dead Sea, and two parks for King Abdullah II, one in Aqaba and one in Irbid. 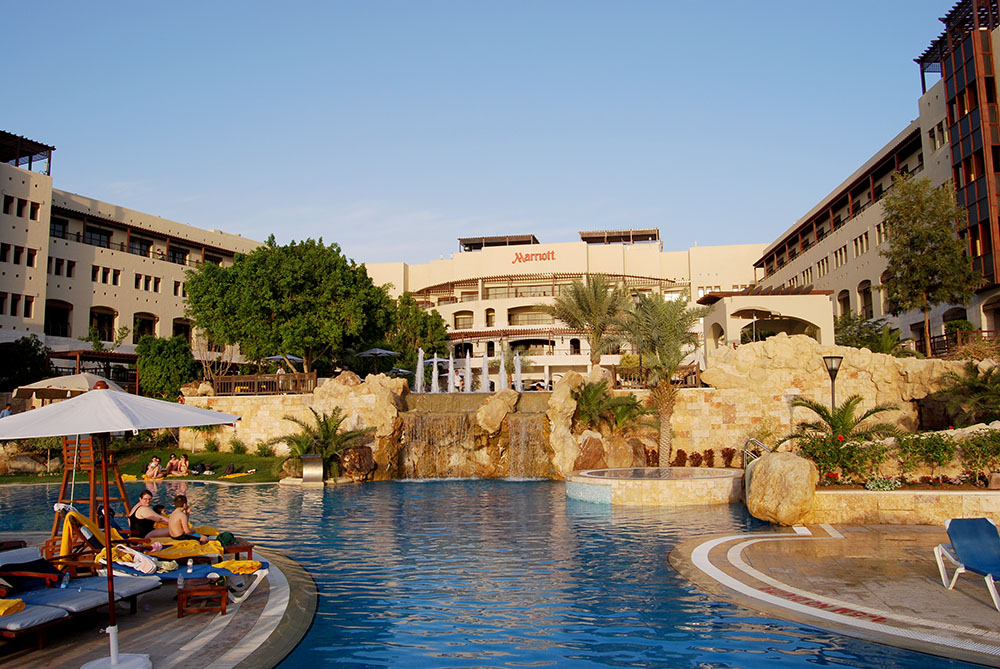 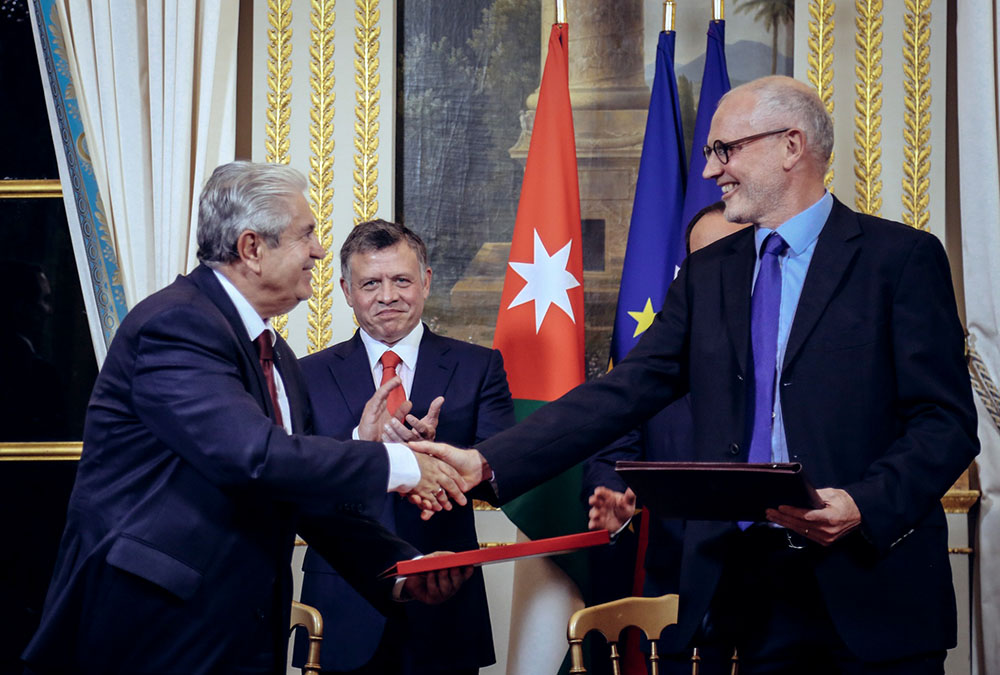 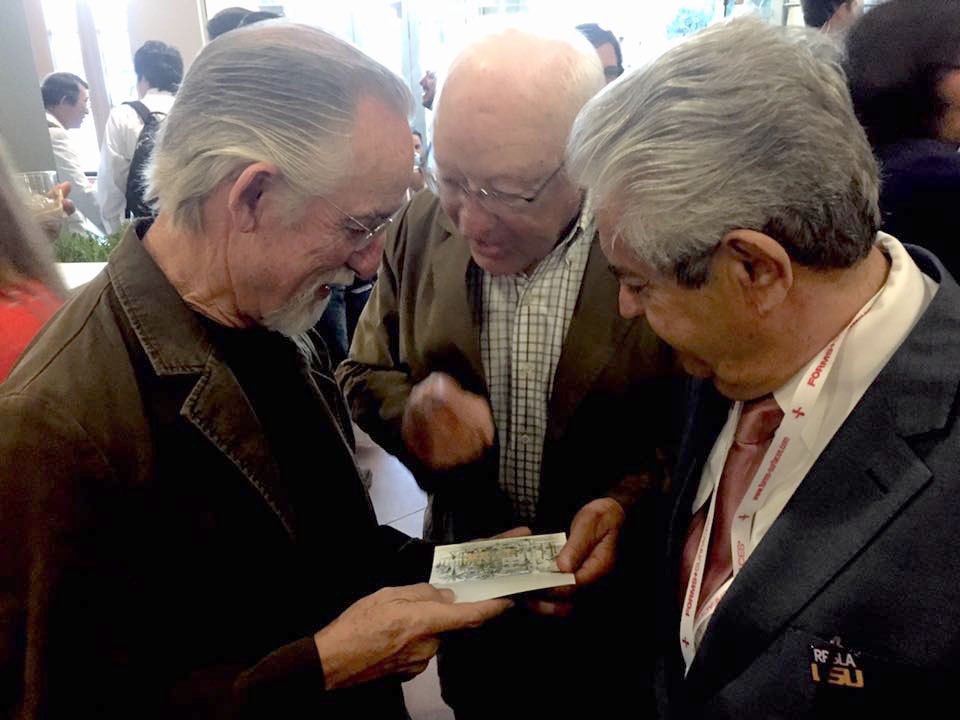 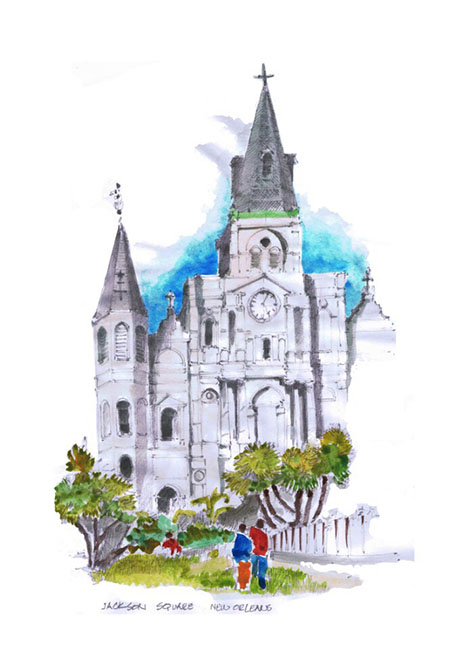 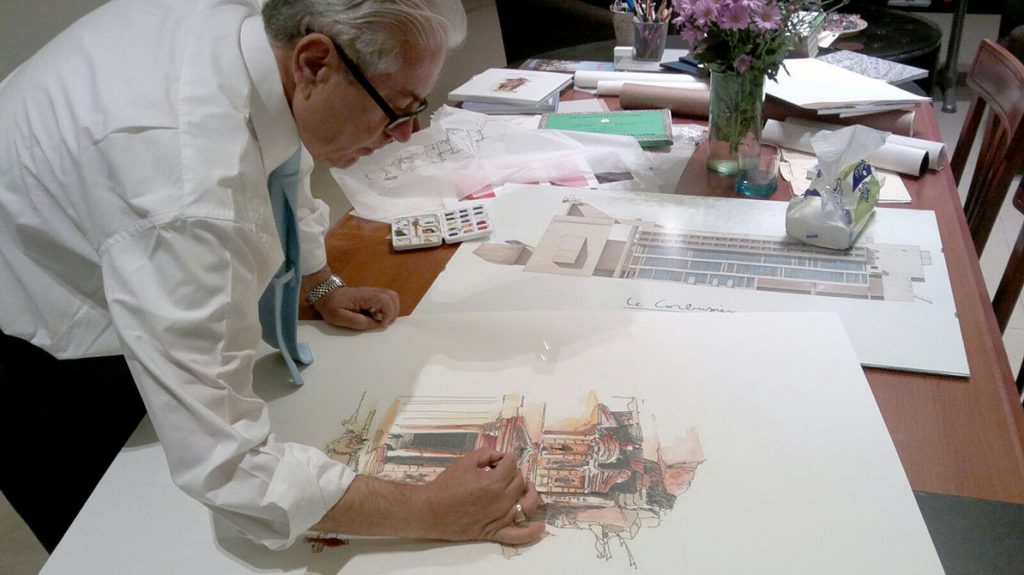 “My passion has always been for design,” iterated Mahadin. “I love designing by hand, working with color, and transforming spaces.”

As the forefather of landscape architecture in Jordan, Mahadin cofounded the Middle East Academy for Landscape Architects (MEALA) and served as a landscape consultant for the Greater Amman Municipality, Mu’tah and Al’Albeit universities, the Jordan Ministry of Tourism and Antiquities, and the Hashemite Royal Court. It was only natural that his career would segue into public service and leadership. By the late 1990s, Mahadin was elected as the Minister of Water & Irrigation. He has since served as the member or chairman of several boards. From 2012–14, he was the chair of the boards of the Aqaba Airports Company (King Hussein International Airport), Aqaba Container Terminal, Aqaba Development Corporation, and Chief Commissioner of Aqaba Special Economic Zone Authority. He resigned from his post as chief commissioner in 2014 when he was named a senator of the Jordan Upper House of Parliament.

“Working with government has been challenging but fruitful,” commented Mahadin. “I am proud to have introduced landscape architecture as an important factor in preserving Jordan’s national heritage and to have played an important role in establishing environmental strategies for preserving our historic sites.”

Throughout his entire career, Mahadin has remained, at heart, an educator. He is currently a professor of landscape architecture at the American University of Madaba. As one of Jordan’s few—if not only—architecture professors registered by the ASLA, the International Federation of Landscape Architects, and the Jordan Society of Architects and Engineers, he has introduced more than 3,000 students to the profession of landscape architecture. He has written seven books on landscape architecture, three published in Rome. His penchant for design obviously runs in the blood; three of his sons have followed in his footsteps and are practicing landscape architects. They graduated from Mississippi State University under the guidance of Mahadin’s former mentor, Sadik Artunc.

As stated at asla.org, Mahadin “motivates with words, enraptures with landscape design, and inspires with artistry. He uses his extraordinary gift for drawing to communicate design concepts that capture the spirit of his nation.”

Mahadin said that as a citizen of Jordan living overseas, “It feels good to be recognized by ASLA for my work. I’m proud that I went to LSU and proud that I’ve been taught by the best mentors in the world of landscape design.”

Learn more about Mahadin and MK Associates at mk-assoc.com. View the complete list of ASLA’s 2017 Class of Fellows at asla.org.