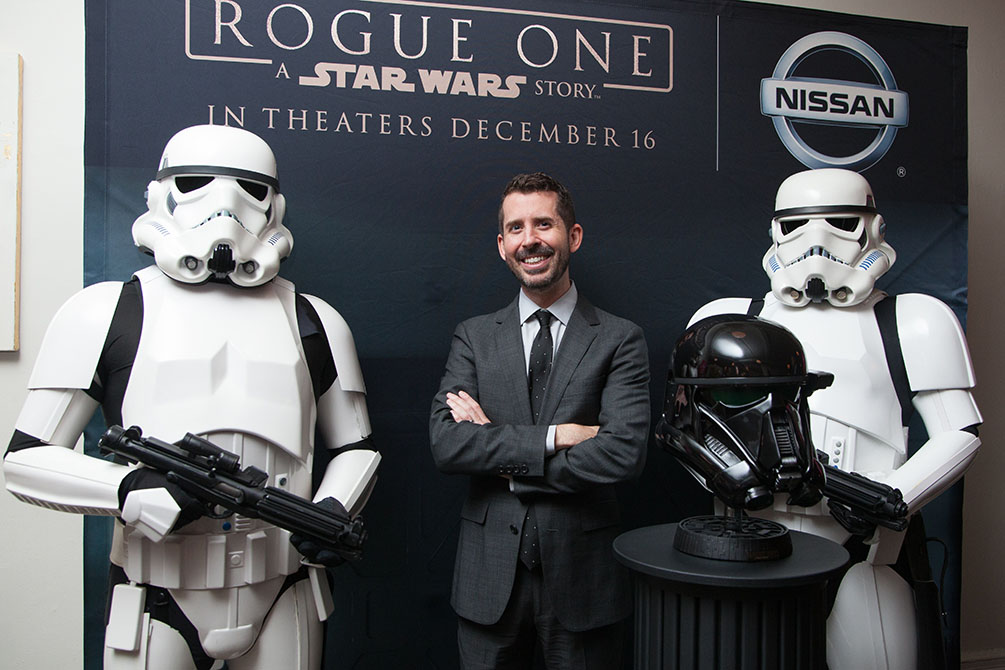 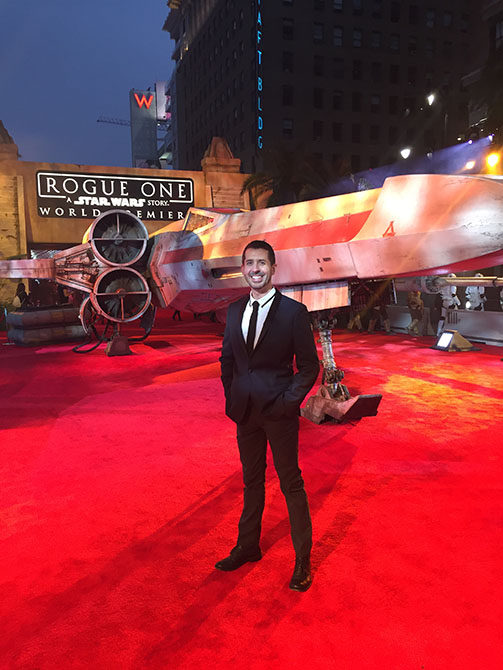 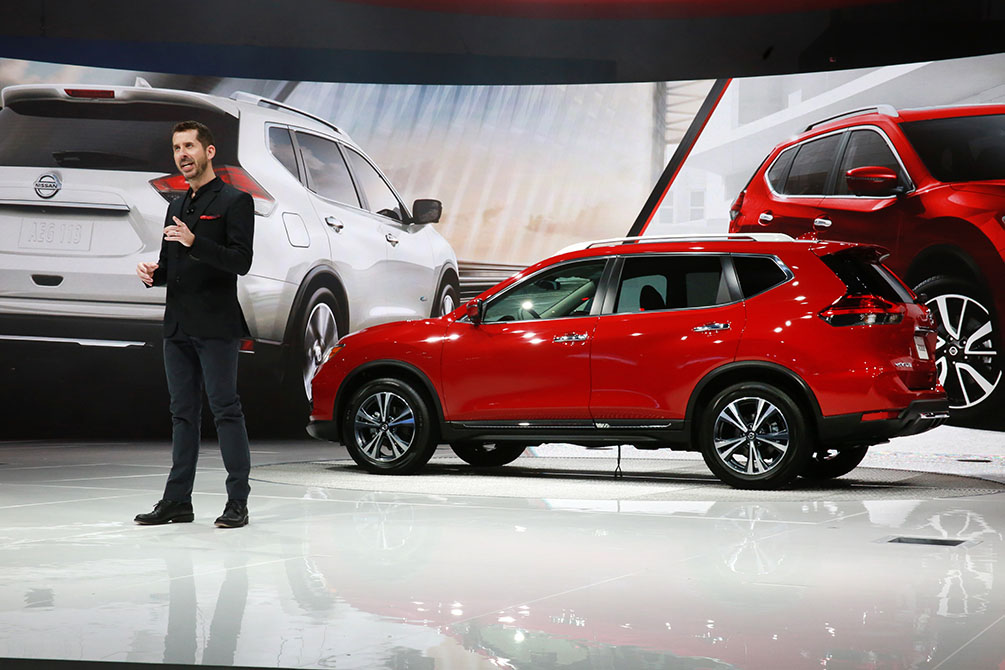 As vice president of marketing communications and media for Nissan North America, Jeremy Tucker is responsible for marketing the Nissan brand and the company’s vast product lineup. And he’s great at it. He was named a 2015 Rising Star by Automotive News and one of AdAge’s 2016 “40 Under 40.” Most recently, Jeremy led the brand’s biggest and most successful campaign: a cross-promotional tie-in with the blockbuster hit Rogue One: A Star Wars Story.

“The Nissan Rogue and the first Star Wars standalone movie share more than just a name,” said Jeremy. “The Star Wars film franchise has pushed the boundaries of technology since the debut of the original episode nearly 40 years ago. Nissan is doing the same with its industry-leading cars, trucks, and SUVs like the new Rogue—our most advanced Rogue to date—so it’s natural that the two join forces.”

Jeremy hasn’t always been a car guy. He joined Nissan from The Walt Disney Company’s Consumer Products division, where he led a multi-franchise-focused strategic marketing organization—from Disney Princess to Mickey Mouse to Marvel—spanning diverse business units like toys, clothing, and home goods. In this role he led his team to collaborate across the entire Walt Disney Company to ensure consistency with content creators. Prior to his role with Disney, he was senior director of marketing and national brand innovation for Frito-Lay, and he launched his career as an advertising account executive for Procter & Gamble.

And it all started at LSU, where Jeremy was an LSU Ambassador, played tuba for the Golden Band from Tiger Land, and was one of the first student members of the Graphic Design Student Office in the School of Art. Jeremy holds dual bachelor’s degrees in fine arts (with a focus in graphic design) and marketing from LSU and an MBA from Southern Methodist University’s Cox School of Business.

In 2016, Jeremy and his team made history by signing the largest deal in the history of college athletics with the Nissan College 100 program, spanning 100 colleges and universities and 22 sports for both men’s and women’s athletics. LSU is one of 100 schools supported by Nissan on game days and all year long.