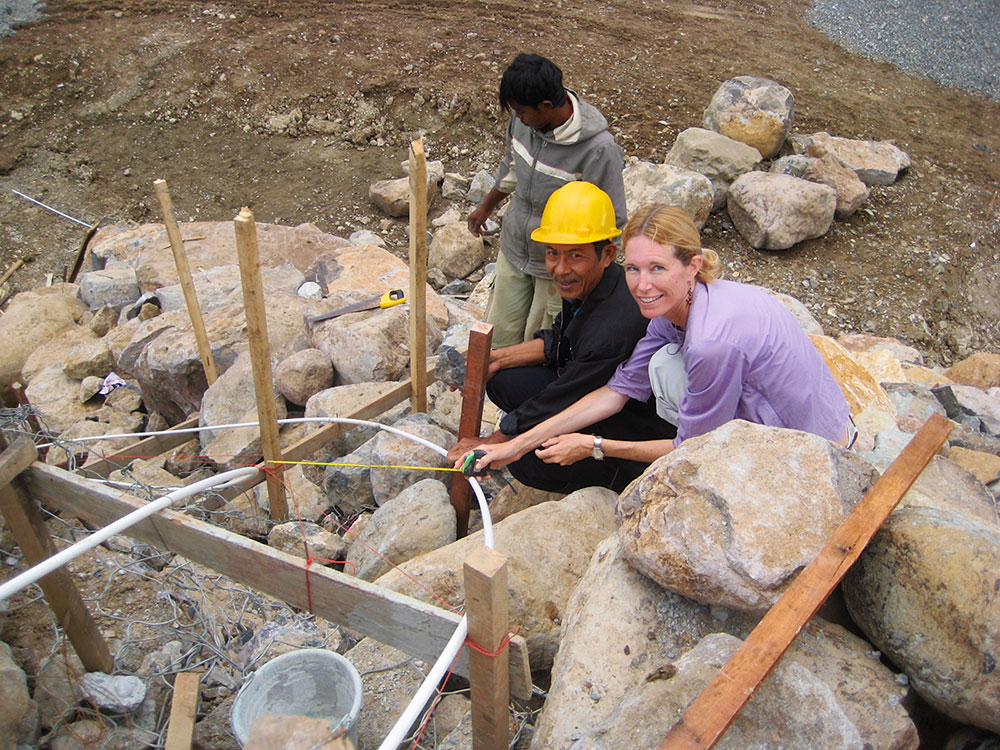 Inspired by her father, an original 1961 Peace Corps volunteer, Karla always knew she wanted to work in international aid. After she received her BA in International Relations from Tulane, she joined the Peace Corps and spent two years volunteering in Costa Rica. Enjoying her work facilitating community-built projects such as public parks and playgrounds, she was advised to pursue a master’s in landscape architecture. She chose LSU because of the program’s high national ranking.

“Landscape architecture is one of the best preparations for a career in international development,” noted Karla. “You learn how to manage projects from design, analysis, and program development to construction documentation, contracting, teamwork, and presentations while being sensitive to environmental, social, and cultural issues. Landscape architects look at a community and can understand the needs of the people.”

After graduating from LSU, she spent a year in Malta as a Fulbright Scholar and landscape designer for the Government of Malta’s Department of Tourism, and she designed and constructed family “edutainment” centers and children’s play gardens for parks, schools, and child-care facilities in Kansas City. But she missed working abroad. 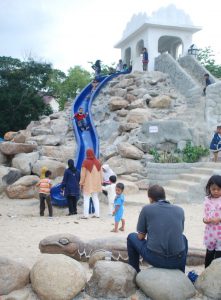 By networking at a Returned Peace Corps Volunteer Conference, she landed a position with the American Refugee Committee. Three weeks later she was in Bosnia-Herzegovina, where she helped build almost 250 playgrounds and sports fields in little more than a year. She recalled a difficult time when her team hoped to organize a soccer game for social reconciliation between the Bosniaks and the Serbs. A few days prior to the planned event, they found a mass grave.

“Of course, we canceled the game. Some of the most challenging times were when I felt I was pushing an agenda that people weren’t ready to discuss or move forward with. The soccer game was important to the program, but not a priority for the community.” 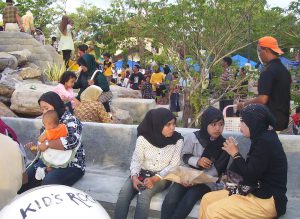 Her landscape architecture skills prepared her with essential communication tools that helped her overcome language barriers and cultural challenges. “Being able to draw an idea and develop a concept with a community is crucial,” Karla elaborated. For example, women are not accustomed to speaking out in often male dominated groups in many of the villages in Aceh, a Muslim region that follows Sharia law (a strict interpretation of the Quran). “It was the women’s viewpoint that we also needed in order to prioritize the projects that we were to support,” shared Karla. “We started to hold separate meetings, and then the women felt empowered to express themselves.”

All challenges aside, Karla would much rather focus on what makes working in post-disaster and conflict countries easy. Labor is much less expensive in developing countries, so cost does not often control design. “I can create poured-in-place structures, six-meter-long fiberglass slides, boulder caves, curved seating walls, large sculptures and gateways—the sky is the limit.” Karla is a certified playground inspector, and often introduces U.S. playground safety standards and new technologies in her projects. However, in developing countries designers are not as restricted by safety regulations that require compliance by insurance companies. “We are free to be creative, making safe parks that are unique to the place, using the local materials and resources that are available.” 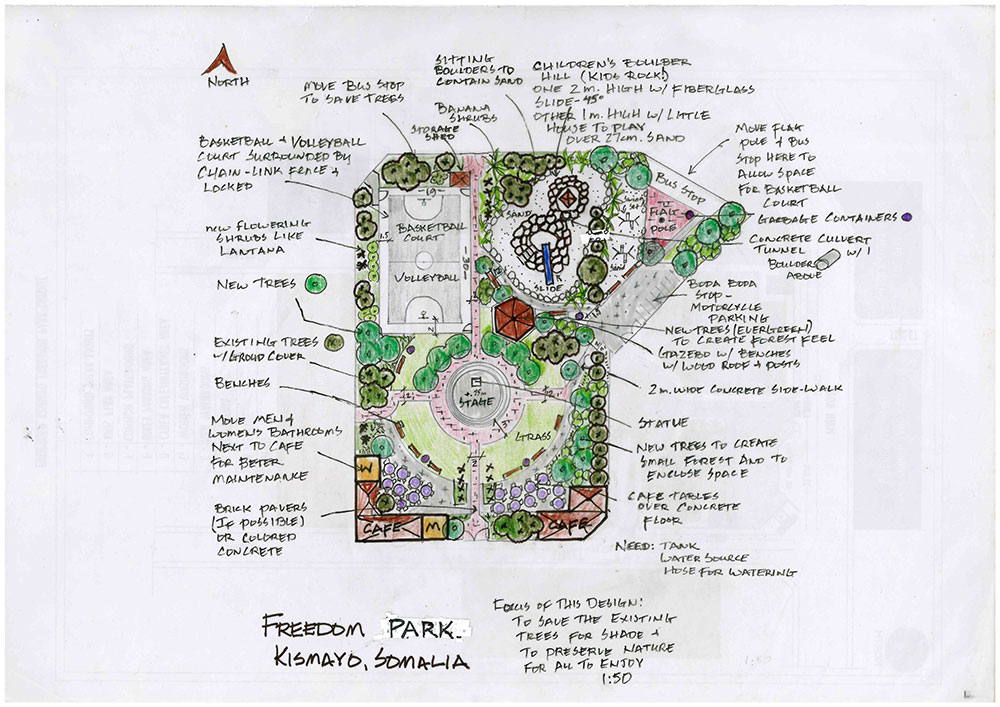 Freedom Park in, Kismayo will serve thousands of refugees returning to Somalia from Kenya.

Following her husband, who is with the UN, she has traveled to Sri Lanka and Colombia where, as a free-lance designer, she worked on two large projects in Vietnam and Egypt. She is currently in Kenya, where she helps with public outreach materials for the USAID Somalia Field Office. Karla is often the first to learn about what her colleagues in international aid are doing, and she frequently volunteers to help design new projects. She is currently working on a park located in Kismayo, Somalia, a region recently liberated from the terrorist group al-Shabaab. Along with other infrastructure projects, this park will serve the thousands of refugees returning to Somalia from Kenya.

Clearly, Karla is a passionate advocate for her work. “You have the opportunity to make a difference when you’re in this field,” she said. “There is so much desperate need around the world. Knowing that we can have such a positive impact on the lives of so many is incredibly rewarding.”