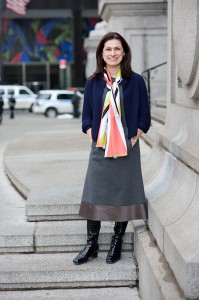 Lighting designers operate within a niche of specialists who understand the physics of light production and distribution and the physiology and psychology of how humans perceive light. They focus on fixed lighting, working with architects, engineers, interior designers, theatrical consultants, and others to illuminate the built environment, inside and out. Although the importance of lighting design is ever-increasing, most people outside the design professions couldn’t name a famous lighting designer or point out an architectural gem known for its lighting design. In fact, most people only notice lighting when it’s absent or poorly done. Fortunately, Suzan Tillotson (BID 1981), president and founder of Tillotson Design Associates, has never suffered from this lack of insight.

Suzan has always been interested in light. She transferred to a major in interior design after taking a lighting design course during her second year in the architecture program. “I fell in love immediately and knew that lighting was what I wanted to do,” she recalled. Thanks to the LSU Career Center and career days, she met several representatives from prestigious lighting design firms who helped further her interest in the field.

Married prior to receiving her degree in interior design, Suzan began her career in Baton Rouge where she and her husband were living. She worked as a draftsperson at Levy-Kramer Associates, a local engineering firm, where she quickly moved up the ladder to head the lighting department. In her six years at Levy-Kramer, Suzan cut her teeth in lighting design on churches, schools, and hospitals; she worked on the Pennington Biomedical Research Center and the 1984 Louisiana World Exposition in New Orleans. “But it still wasn’t quite the work I wanted to do,” she said.

In the economic downturn of the 1980s, Suzan and her husband both started looking for new careers. Suzan’s experience in lighting design helped her land a job at Flack + Kurtz Engineers in New York City, at which point the Tillotsons did something very brave—even by today’s standards. They moved to New York on one salary with a two-year-old son!

Suzan worked at two engineering firms in New York before joining Jerry Kugler, where she became a 49 percent owner and later formed Kugler Tillotson Associates. She established many of her long-term client relationships during her 16½ years at Kugler. But after 9/11, the majority of architecture projects were on hold, and business continued to slow down due to yet another economic downturn. Proving two economic downturns can sometimes make a right, Suzan left Kugler in 2004 and started her own company, Tillotson Design Associates. The independent lighting design firm entered its 11th year in business in 2015. 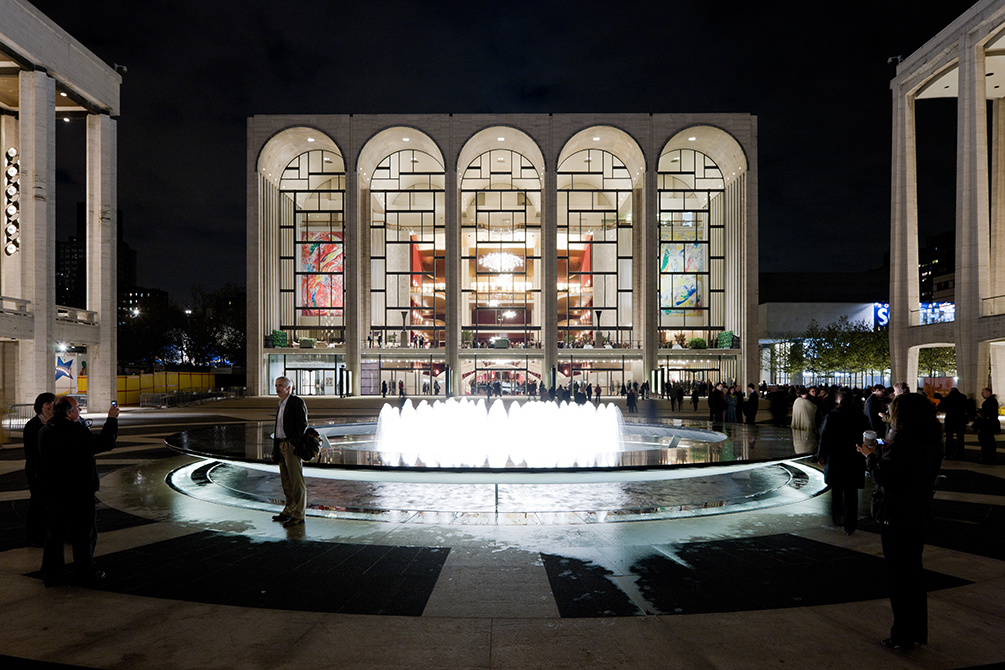 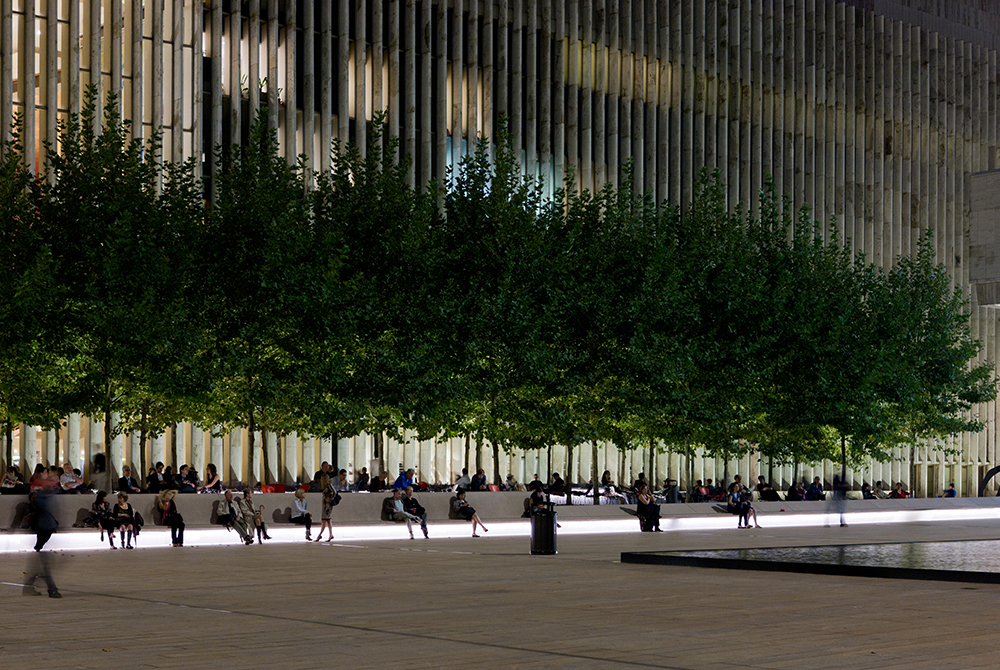 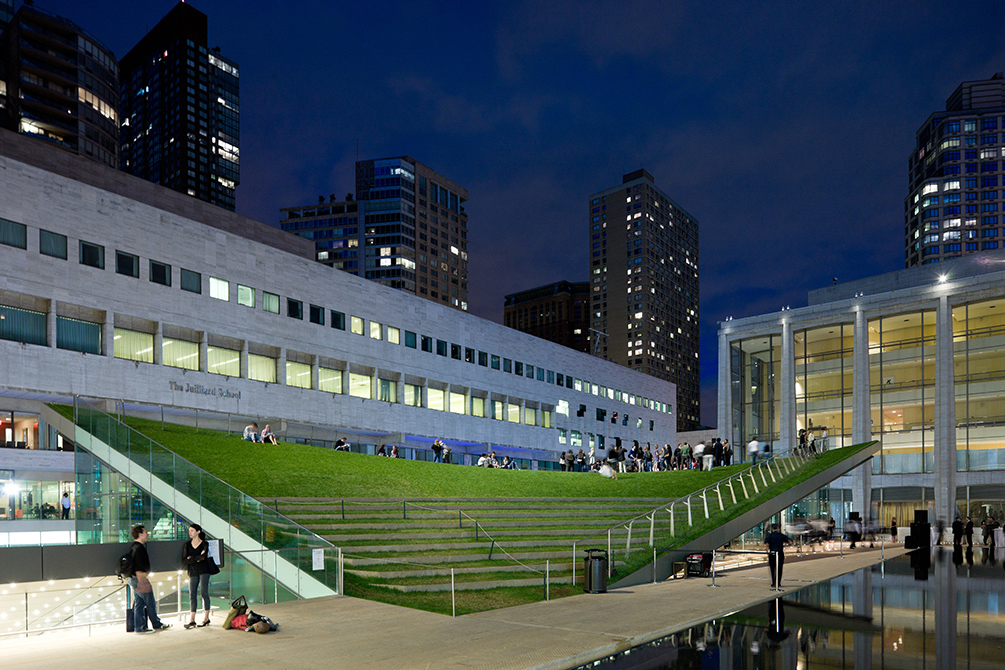 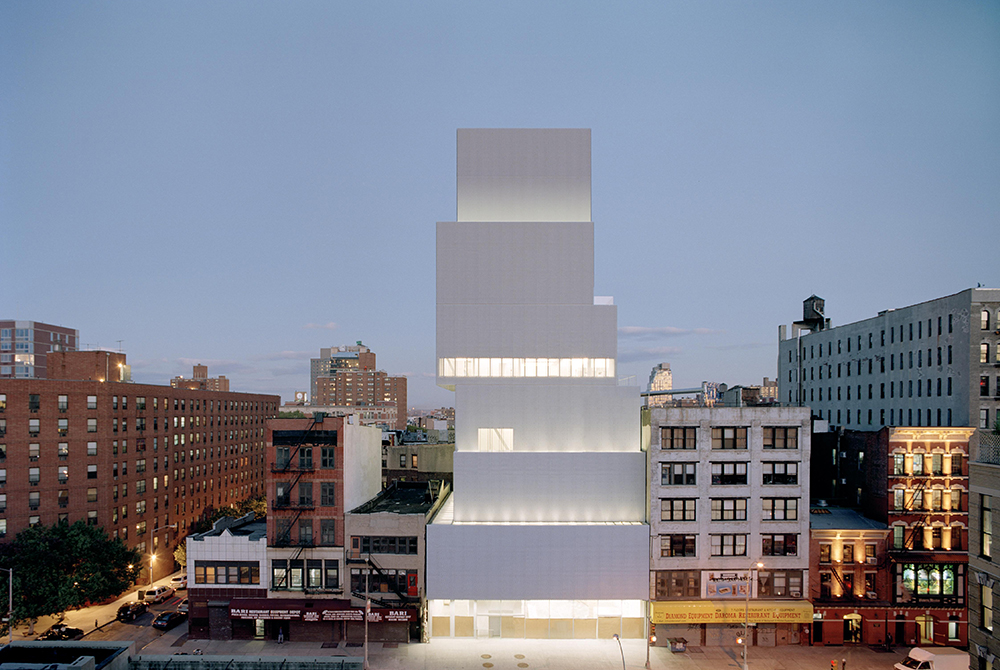 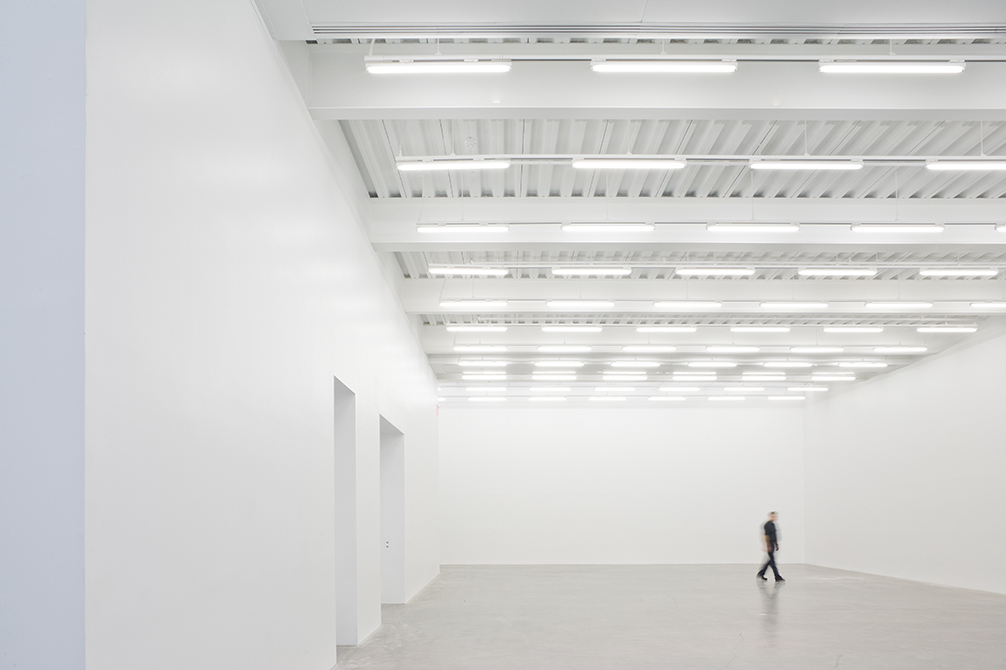 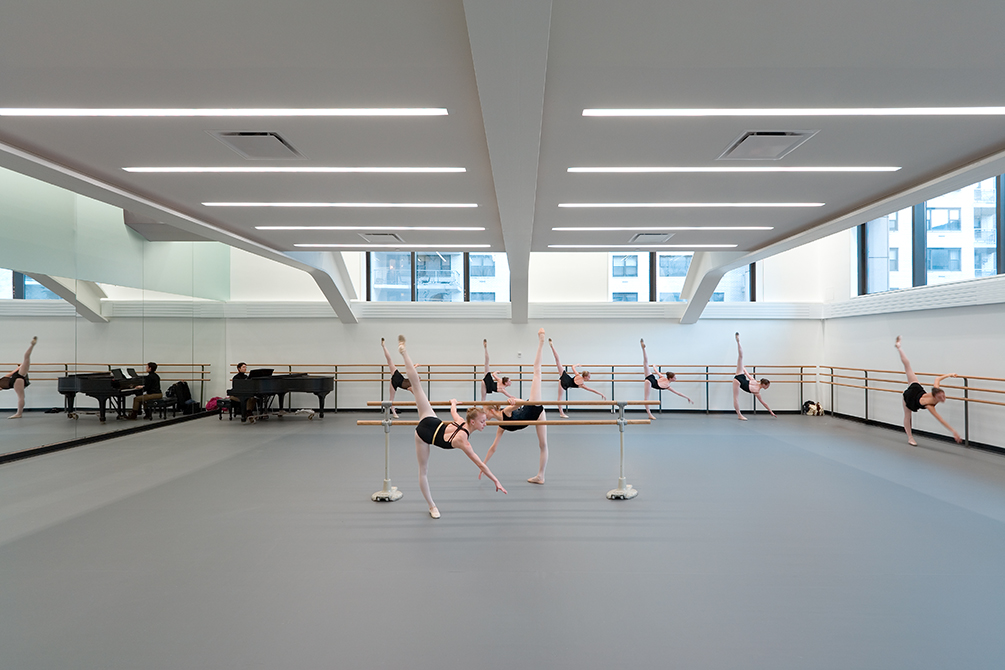 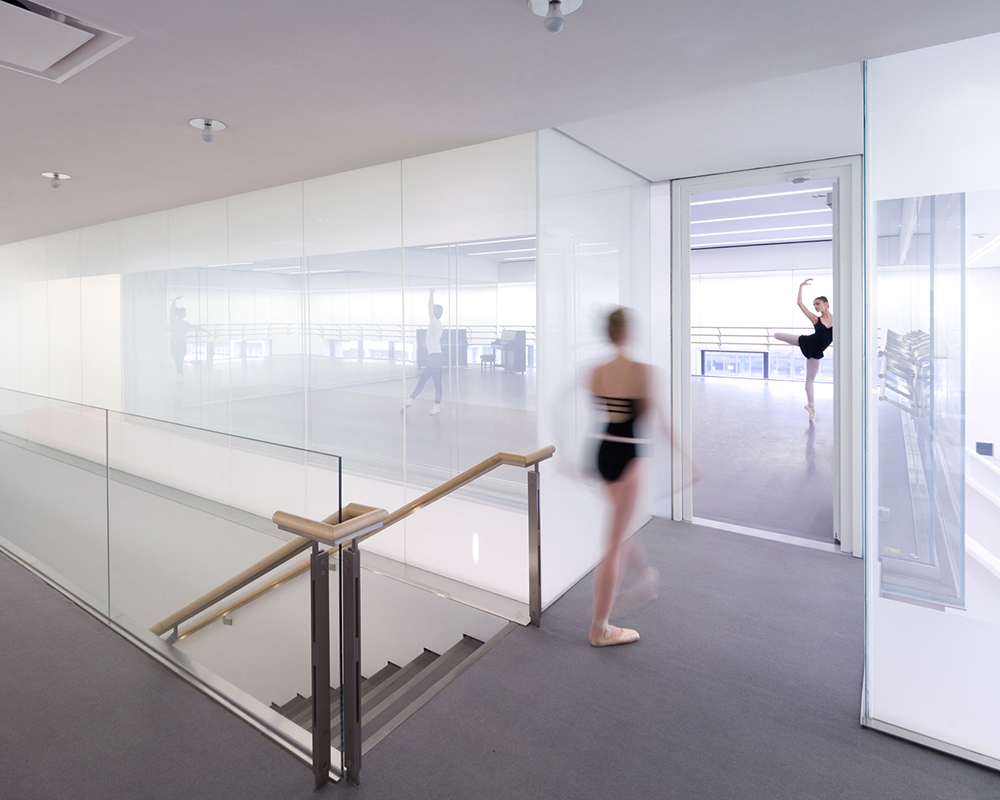 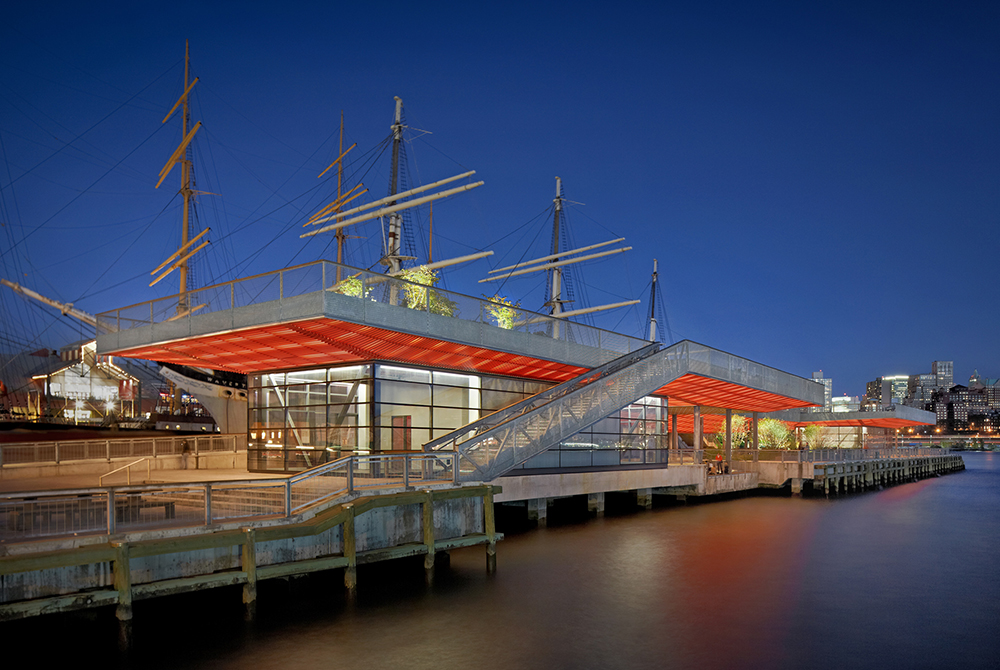 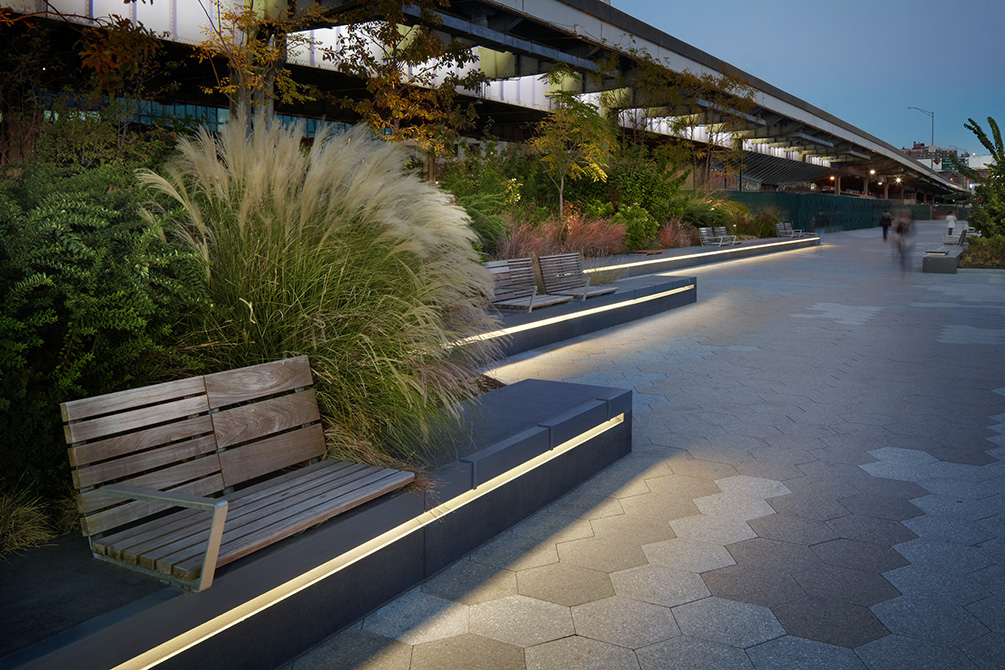 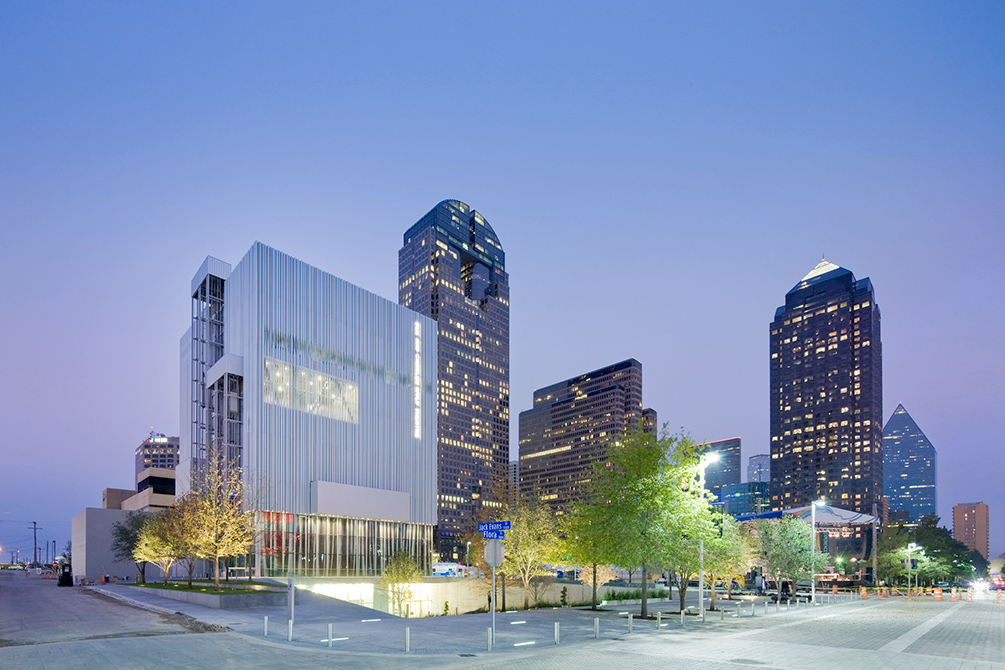 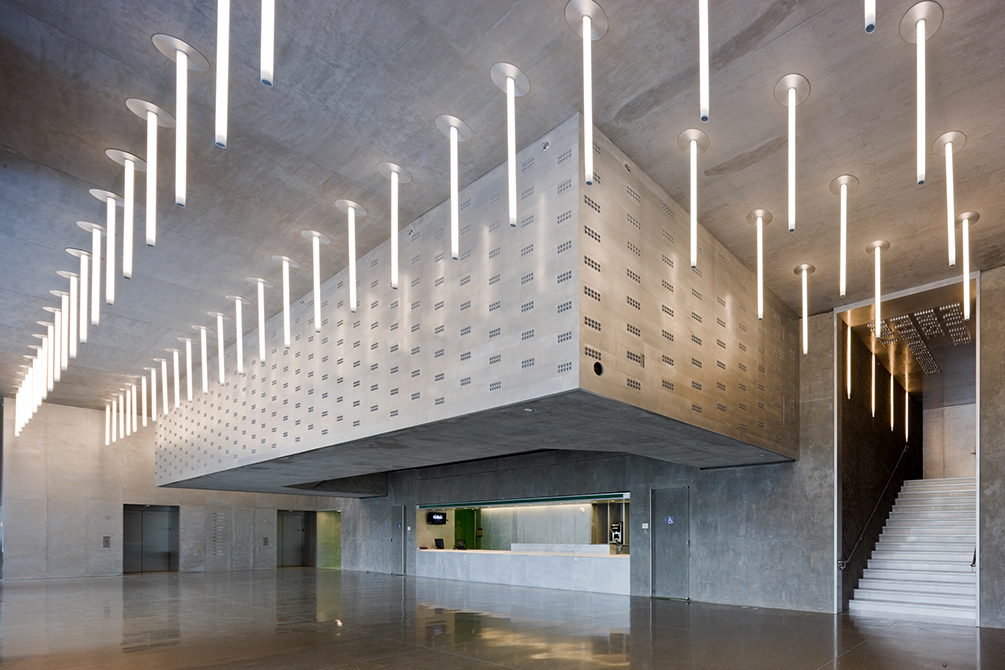 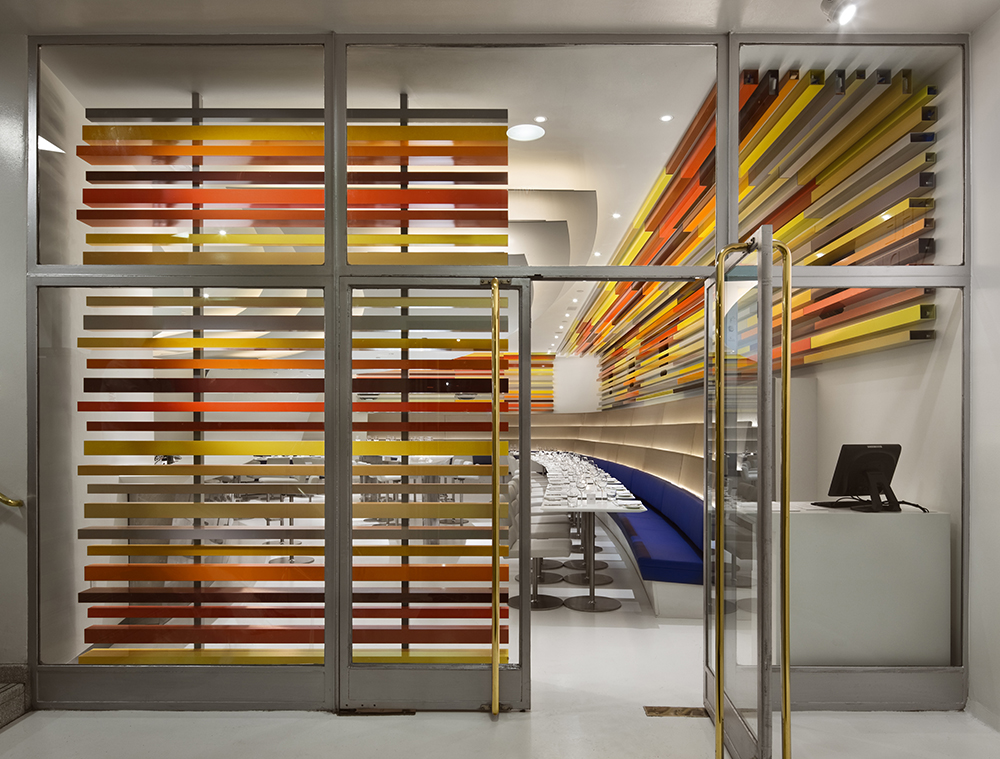 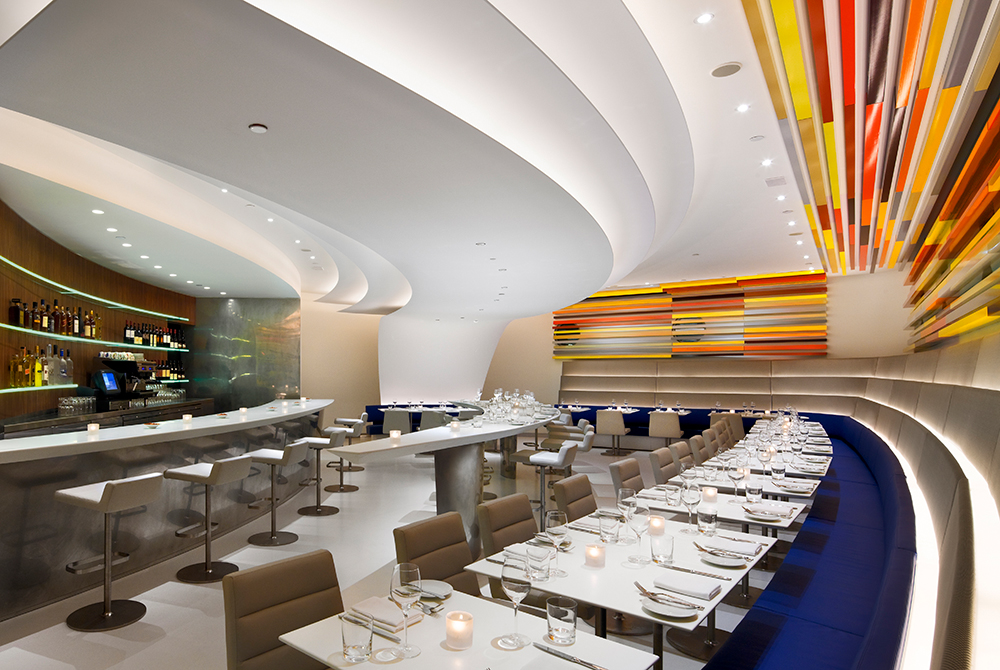 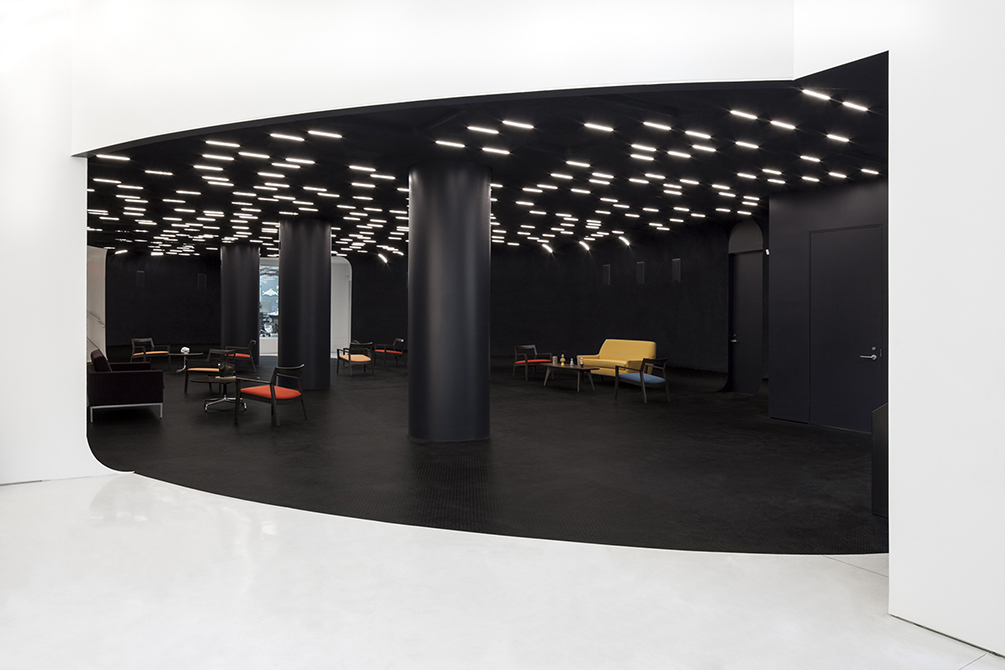 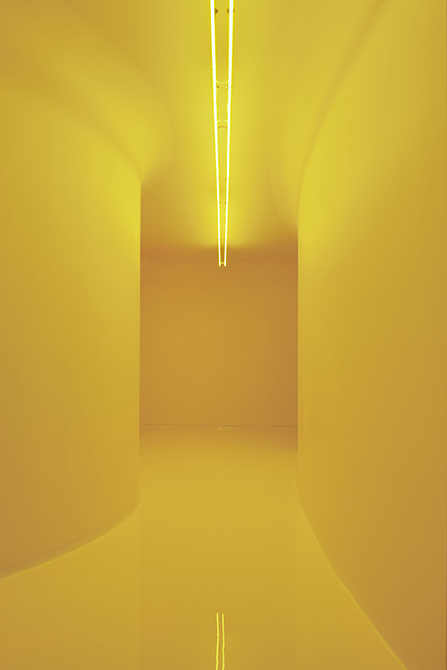 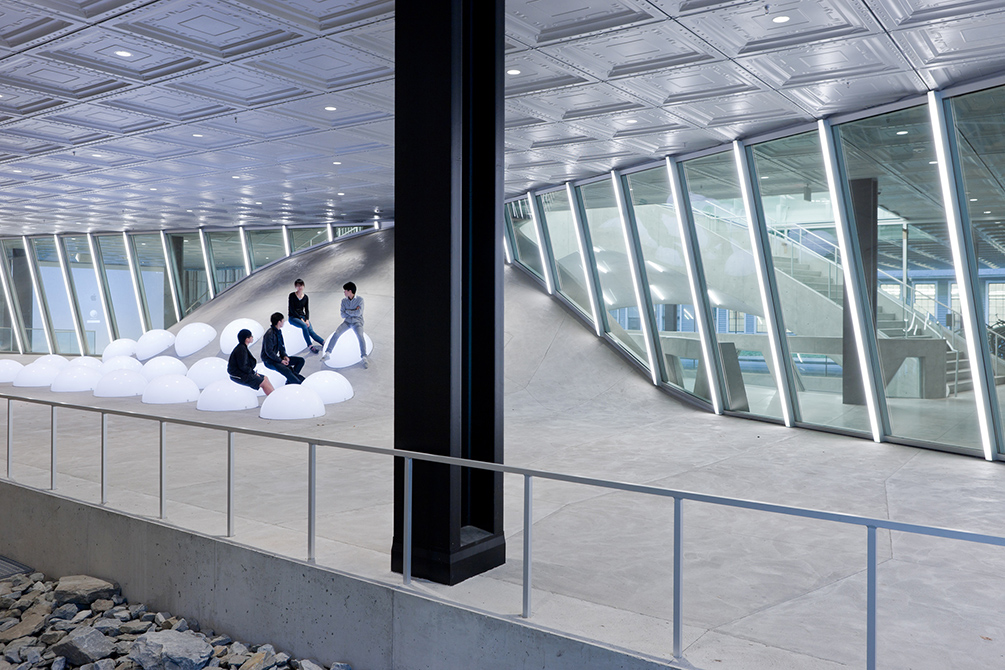 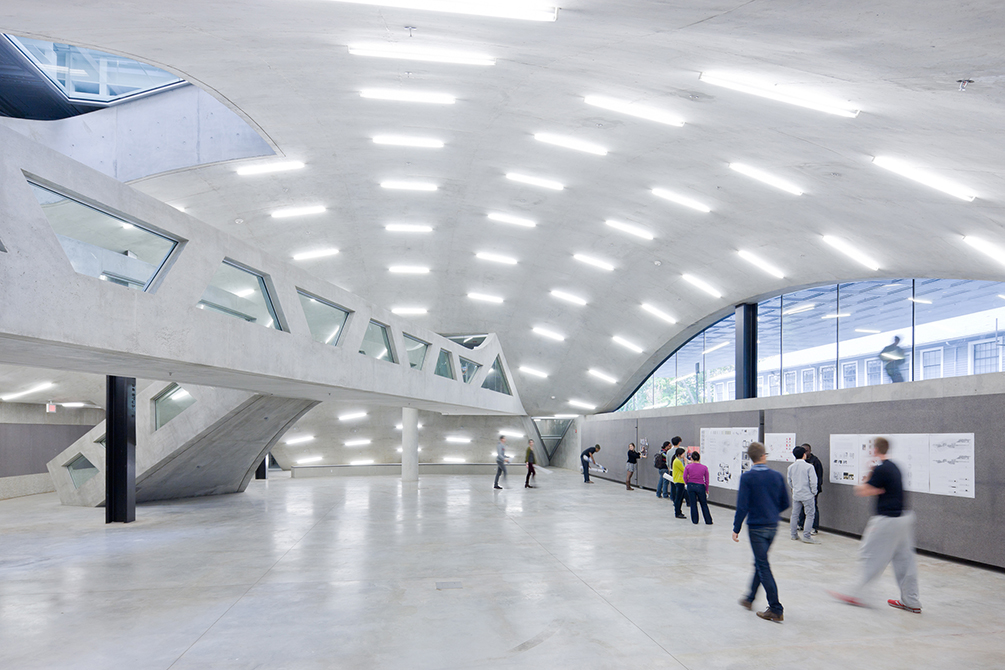 Suzan’s past experience informs her current success. TDA is at its maximum growth potential with 23 people. “The studio is full! I don’t know where we would put anyone else,” she laughed. She likes keeping the firm small as it is easier to manage the quality of work—although small is a relative concept in the field of lighting design; with only 23 employees, TDA is still one of the larger lighting design firms operating in the U.S. Suzan also recognizes the importance of taking on more diversified project types, and said the firm’s location in New York is crucial. “I travel all the time. We currently have projects in Little Rock, Dallas, St. Louis, California, London, Korea, China, and beyond. But 90 percent of my clients—architecture firms—are nearby, which makes it easy to meet and interact,” she explained.

TDA’s impressive list of projects include interior and exterior lighting for academic buildings, corporate facilities, libraries, lobbies, museums and galleries, performance spaces, places of worship, residencies, restaurants, restoration, and retail. The firm completed the lighting design for Lincoln Center Plazas, the School of American Ballet, the New Museum of Contemporary Art, the Wright restaurant at the Guggenheim, and the East River Waterfront in New York. They worked on the Seattle Central Public Library, the Tel Aviv Museum of Art and Israel Museum, and retail spaces for Diane Von Furstenburg, PRADA, Vera Wang, and more. Outdoor lighting is one of their specialties and an area Suzan particularly enjoys. “I love extending the public’s ability to go outside,” she said. “Last year we were hired by the Vieux Carre Commission to write exterior building, mounted lighting guidelines, which have since been adopted.”

Suzan’s passion for her work is clear. Brimming with excitement, she discussed some of her current projects, such as the Culture Shed, described as “a technically innovative and remarkably agile 200,000-square-foot space on Manhattan’s Far West Side . . . expressly designed to accommodate the evolving forms of artistic and cultural expression of the future,” (nyccultureshed.org). The building is a collaboration of Diller Scofidio + Renfro and Rockwell Group, purposely built for flexibility, with 40,000-square-feet of museum quality exhibition space. A large, telescoping outer shed structure slides open using industrial crane technology to create an additional 17,000-square-feet with a flexible ceiling height of up to 110 feet. TDA is also working on a park on Governor’s Island, a new high rise in New York City at 425 Park Avenue, a business school for Columbia University, and a variety of other projects.

Suzan is most proud of the projects she’s done but also the opportunities TDA has given to so many designers. She enjoys being a mentor and hopes everyone she has worked with can look back and say they learned something from her—whether it be balancing a career with home life or overcoming professional challenges as women. “So many women—still—in the architectural and engineering firms hit a glass ceiling that doesn’t exist in lighting design. Knowing so much about such a specific subject provides security; no one can challenge your level of expertise,” she said.

While she admits it has been a struggle finding LSU graduates who want to establish a career in lighting design—and move to New York on an entry-level salary—she has hired several LSU interior design and architecture graduates over the years, including Krista Kennedy (BArch 2008), who worked at TDA for six years before joining the John Hardy Group in New York City as a project director, and Whitney Mire (BID 2012), who started out as an intern and is now a designer at TDA. “It’s an investment I’m committed to,” Suzan said. “After one or two years of training, they often get homesick and move back to the South or decide lighting design is not for them—but I refuse to give up!”

Suzan loves to be involved with students. TDA frequently gives tours to student groups visiting New York, including LSU students. A group of LSU School of Interior Design students is scheduled to visit TDA while in New York over spring break this April. “We show them the studio, the exciting projects, and they get an up-close look at a smaller, niche firm,” Suzan added. As for Suzan visiting Baton Rouge, she and her family are huge LSU football fans. Now that the Louisiana native owns her own firm, she is able to visit Baton Rouge frequently, flying home for the weekend every couple of months. She was the keynote speaker at the LSU College of Art & Design commencement ceremony in 2012, where she was honored with a Distinguished Alumni Award for her contributions to the profession of interior design and the advancement of lighting design.

When asked to give advice for those interested in pursuing a career in lighting design, Suzan shared her opinion. “The only way lighting designers can really make it is to live in a large, metropolitan area like New York City. Sticking to residential lighting will always be a struggle—not many people can afford specialty lighting services. Similar to the acoustical and theatrical consultant fields, lighting designers need big projects. It’s tough living in the city when you’re young, with an entry-level salary. But the sacrifices you make in the beginning will pay off big in the end.”