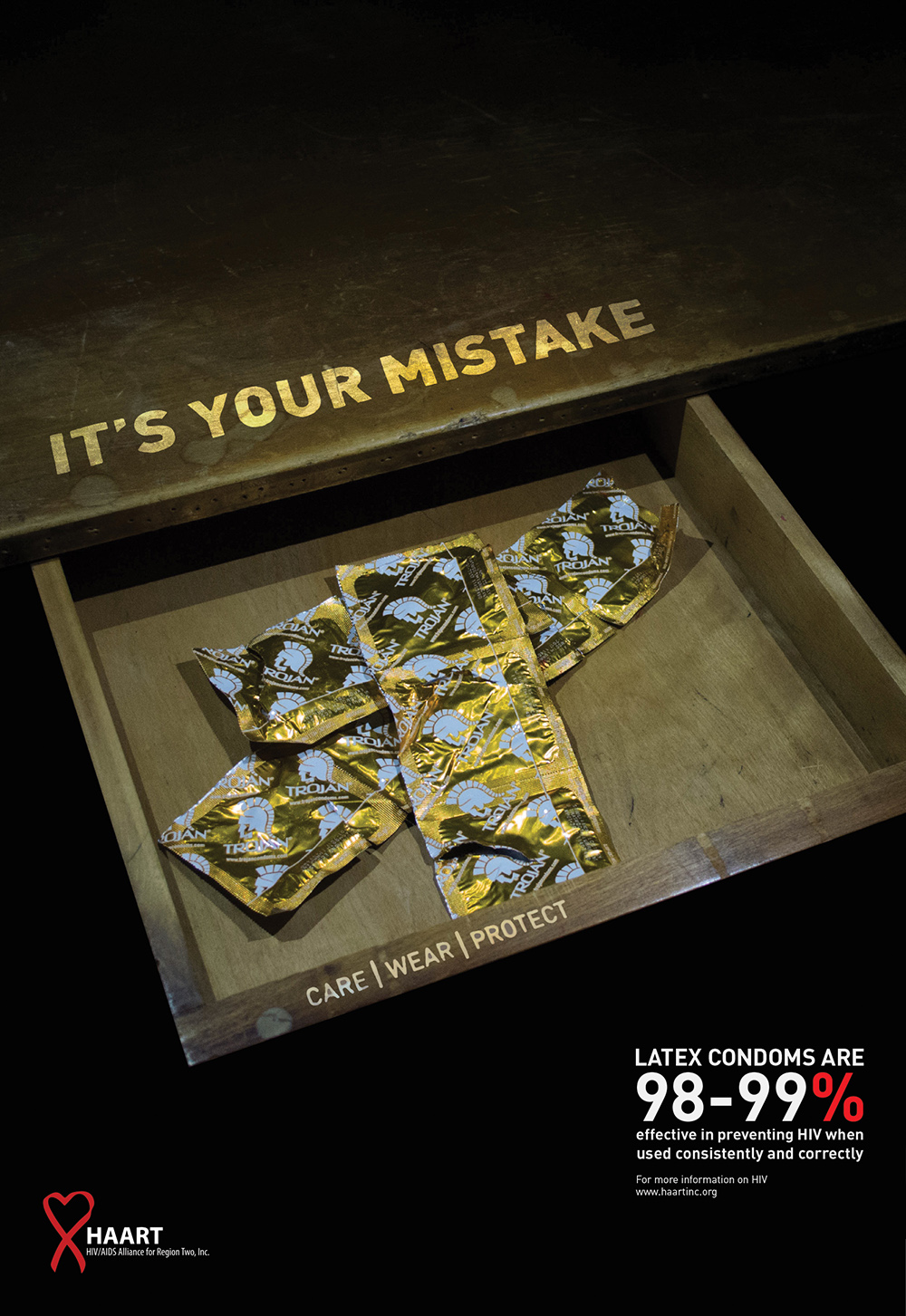 LSU School of Art graphic design student Amy Blacketter was awarded a $500 scholarship for winning the college category of the HIV/AIDS Alliance Region Two (HAART) 4th Annual HIV Awareness Poster Contest. The poster contest is held annually as part of HAART’s World AIDS Day festivities. World AIDS Day is held on December 1 each year and is seen as an opportunity for people worldwide to unite in the fight against HIV, show their support for people living with HIV, and to commemorate those who have died.

The HIV awareness posters submitted by LSU, BRCC, and Baton Rouge High School students were displayed at the Glassell Gallery at the Shaw Center for the Arts in downtown Baton Rouge during the week of World AIDS Day (December 1–7) in conjunction with HIV/AIDS: Witness, Healer, Survivor, an exhibition featuring the work of LSU School of Art visiting artist Eric Avery, MD. Attendees of the event were asked to select a poster in the high school category and college category that effectively conveyed an HIV awareness message. At the end of the event, the students with the winning designs were each awarded a $500 scholarship, courtesy of the event sponsor, Avita Pharmacy. HAART will feature the winning posters in their 2015 campaign.

Amy Blacketter’s winning poster was designed as part of an LSU applied typography course taught by Professor Lynne Baggett and Associate Professor Courtney Barr. Representatives of HAART visited students and provided information about HIV, including how the virus spreads and the best methods of protection, specifically how effective condoms are in preventing transmission. Amy wanted to take a different approach by using a photograph rather than an illustration to portray the importance of using condoms. She added a mysterious feel to the dark message by staging a photograph in a dark room. “I wanted a strong visual message that wouldn’t require a lot of information,” she explained.

As one of the top HIV/AIDS service organizations in Louisiana, HAART assists more than 2,000 people statewide with health insurance services while helping more than 500 people in the Baton Rouge area with critical services, such as primary care, medications, transportation to medical appointments, and other supportive services. To view the posters submitted to the 2014 contest, visit haartinc.org/wad-pictures. View more work completed in the LSU School of Art applied typography course (ART 4527) at art.lsu.edu.