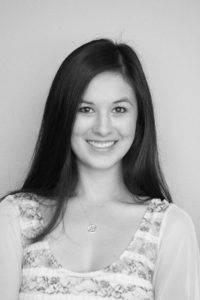 Meredith Hom’s interest in interior design started with her love of Disney.

“Disney World was practically a second home for me growing up. As soon as I was old enough to understand there was a group of people responsible for creating, designing, and building these parks, I wanted to be a part of it. I wanted to be an ‘imagineer’ and design spaces that could transport people into other worlds.”

Meredith earned her degree in interior design from LSU and interned at HKS, but she sought more opportunities to hone her skills using design. She thought production design might be a better route.

Seeking advice on how to get into the field, she wrote letters to more than 100 production designers. Several wrote back and agreed to meet with her, and one helped her get a job in Atlanta as a production assistant in the art department of the Footloose remake. She loved working on the movie, and decided to look further into a career in film. A colleague suggested she apply for the PIXAR production internship. She got into the program and worked in the art department on the Cars and Toy Story cartoons. Her internship set her on the production management track.

Meredith has worked in multiple departments at PIXAR, including art, editorial, characters (model, rigging, and shading), and lighting. To date, she has been involved in the production of seven shorts, one TV special (The Toy Story that Time Forgot), and two feature animations, Finding Dory and Coco, PIXAR’s new, “Day of the Dead” themed 3D animation to be released later this year.

“My interior design degree has been helpful as I work with artists and technical directors,” shared Meredith. “Because of my time in the LSU interior design program, I have a solid understanding of the design language.”

Looking to the future, Meredith says she tries not to plan too far ahead. “Life has a way of taking you in directions you didn’t plan. When I attended LSU and got into the interior design selective admissions program, I would have never thought that 10 years later I’d be working as a department manager at PIXAR—my dream company.”