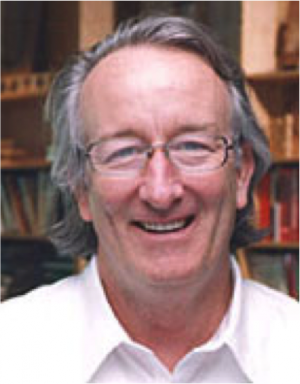 New Orleans Architect Allen Eskew, who received his BArch from the College of Art + Design in 1971, received the Distinguished Alumni Award for 2013. Eskew was also the College’s commencement speaker this year.

With his New Orleans based practice, Eskew+Dumez+Ripple, Eskew has earned a national reputation for excellence in architectural design and urban strategies with projects ranging from riverfront development plans to intimate, meditative chapels.

He has been involved in civic and cultural development as well as waterfront revitalization in Louisiana for more than 30 years. His proudest achievements, he said, are “the ongoing stability of our firm, the vibrancy of its creative studio, and our continued interest in creating community and fostering cultural diversity.”

His inspiration for giving back to the College of Art + Design, Eskew said, is his personal commitment to the power and influence of academic mentorship.

“Key professors in the School of Architecture gave me my earliest grounding and curiosity for the fundamentals of design. The care and encouragement I received from my first studio instructor, Professor Gene Metz, was pivotal as he instilled an attitude of optimism. From Professor Jack St. Martin, I was challenged to the power of holistic thinking. And from Professor Robert Heck, a gift of encouragement and endorsement.”  It was Professor Heck who nominated Eskew for a 1969 Historic American Building Survey Fellowship for documenting the architectural fabric of Nantucket Island off the Massachusetts coast, a fellowship which he said altered his personal horizon as he embraced the power of travel and the educational value of preservation studies. “I continue to support the College of Art + Design at LSU because I am a product of personal mentoring and hope that today’s students are finding similar moments of encouragement that will help to frame their future careers.”

In addition to his undergraduate architecture degree from LSU, Eskew received a MArch from the University of California, Berkeley. He has lectured widely on the firm’s design-first practice and its regional response to the challenges of rebuilding coastal Louisiana in the wake of Hurricane Katrina.

Since the firm’s founding in 1989, Eskew+Dumez+Ripple has been the recipient of numerous awards for design excellence, including 25 national awards, and more than 100 design awards at the local, state and regional levels.

Their 2012 National AIA Honor Award in the Regional and Urban Design Category is for Reinventing the Crescent: New Orleans Riverfront Development Plan, a project developed under Allen’s leadership and now under construction with its first phase of implementation. The firm is affiliated with the American Institute of Architects, the College of Fellows, the Urban Land Institute, and the National Waterfront Center, among other organizations.

Eskew said since graduating from LSU, he has devoted more than 40 years to the study of architecture. “With my partners and studio staff, we have enjoyed the adventures of invention, creativity, and learning. We are proud of our creative roots here in South Louisiana, a place of amazing cultural diversity and natural beauty.”

In his commencement speech, Eskew urged graduates to know their own world view from first hand travel, own their politics informed by cultural diversity, and to feel their own future fueled by a confidence that progress is possible.  “Embrace diversity and champion inclusion,” he said. “The global village is now.”