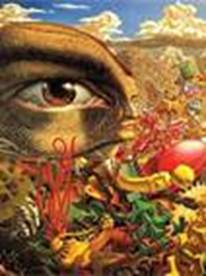 Robert Williams, founder of Juxtapoz Magazine, is one of the most influential American artists alive. From the 1970s and 1980s, Williams metamorphosed from being the author of scandal-prone underground comics to a fine artist with an international cult following. He is best known as a champion of lowbrow art (a term he coined). He has made a career tipping the edge of contemporary art, and his influence on cutting-edge visual culture is undeniable.

Williams’ work will be featured in the LSU Union Art Gallery Poison for the Impressionable (Conceptual Realism): A Robert William Documentary Exhibition. The exhibition will be on view from November 11- December 16, 2012. For more information, visit: http://unionweb.lsu.edu/UnionArtGallery/item36129.html.

This presentation of the LSU Art + Design Distinguished Lecture Series is sponsored by Paula G. Manship and the School of Art The lecture is free, open to the public.