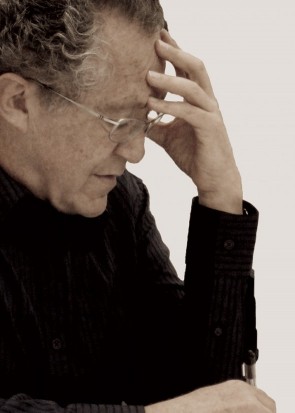 Professor Alberto Pérez-Gómez of McGill University’s School of Architecture will present a Paula G. Manship Endowed Lecture at the LSU College of Art & Design at 5 p.m. on Monday, February 13, 2017, in the LSU Design Building Auditorium (room 103).

Pérez-Gómez is the Saidye Rosner Bronfman Professor of the History of Architecture at McGill University, where he directs the History and Theory option. From March 1990 to June 1993, he was also the Founding Director of the Institut de recherche en histoire de l’architecture, a research institute which he instigated, co-sponsored by the Canadian Centre for Architecture, the Université de Montréal and McGill University. Students of Dr. Pérez-Gómez now teach most Canadian architecture programs, and in many North American and European Universities.

Pérez-Gómez’s lecture will be on his most recent book, Attunement: Architectural Meaning after the Crisis of Modern Science (MIT Press, 2016). Pérez-Gómez is one of the preeminent architectural historians approaching the history and theory of architecture through a phenomenological lens. His books are interdisciplinary in nature and highlight architecture as allied with the humanities against the perception of the discipline as scientific or technical, and are thus of interest to a very broad audience. His LSU lecture will draw on recent work in embodied cognition. The lecture argues that the environment, including the built environment, matters not only as a material ecology but because it is nothing less than a constituent part of our consciousness. Our physical places are of utmost importance for our wellbeing. Architecture is seen through the lens of mood and atmosphere, linking these ideas to the key German concept of Stimmung—attunement—with roots in Pythagorean harmony and Vitruvian temperance (or proportion), and its modern reliance of the linguistic nature of the human imagination.

Pérez-Gómez is the author of Polyphilo or The Dark Forest Revisited (MIT Press, 1992), an erotic narrative/theory of architecture that retells the love story of the famous 25th-century novel/treatise Hypnerotomachia Poliphili in late 20th-century terms, a text that has become the source of numerous projects and exhibitions (polyphilo.com). He co-authored a major book with Louise Pelletier, Architectural Representation and the Perspective Hinge (MIT Press, 1997), tracing the history and theory of modern European architectural representation, with special reference to the role of projection in architectural design. In Built Upon Love: Architectural Longing after Ethics and Aesthetics (MIT Press, 2006), Pérez-Gómez examines points of convergence between ethics and poetics in architectural history and philosophy, and draws important conclusions for contemporary practice. His scholarship calls for an architecture that can enhance our human values and capacities, an architecture that is connected–attuned—to its location and its inhabitants. “Architecture,” Pérez-Gómez explains, “operates as a communicative setting for societies; its beauty and its meaning lie in its connection to human health and self-understanding,” (Alberto Pérez-Gómez | School of Architecture – McGill University).