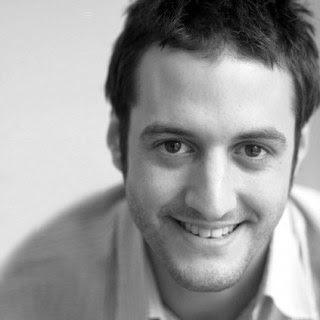 Multimedia artist Barnaby Barford will present a Paula G. Manship Endowed Lecture at the LSU College of Art & Design at 5 p.m. on Wednesday, April 20, 2016, in the Design Building Auditorium (room 103). 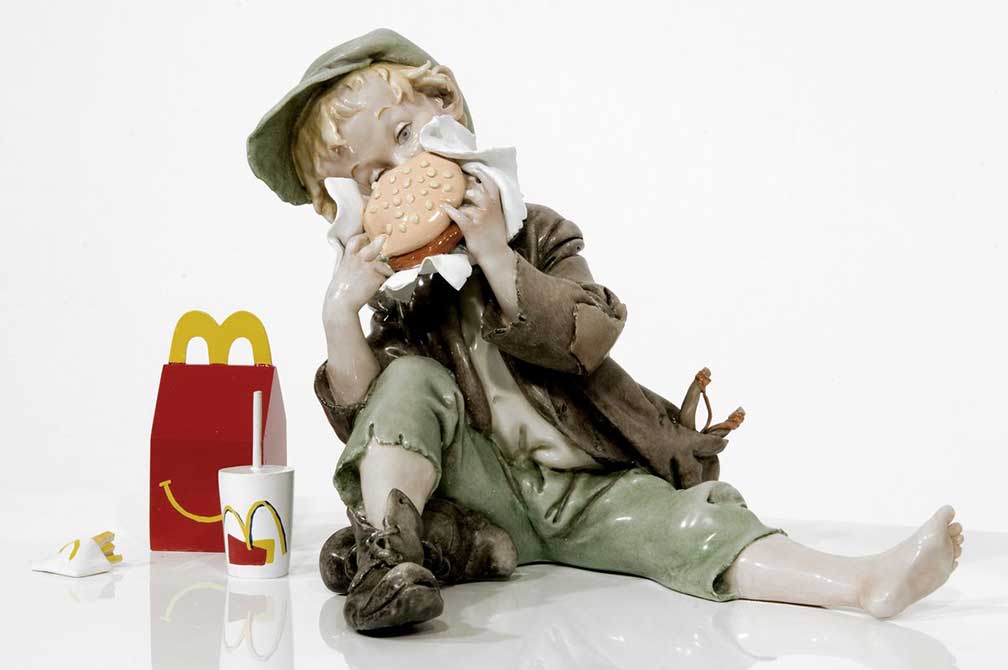 Barford is an artist who works primarily with ceramics to create narrative pieces. He is best known for his work with found mass-market and antique porcelain figurines, which he cuts up and repaints, exchanging or adding elements, to create sculptures that are often sinister and sardonic but invariably humorous. With irony, he draws a portrait of our contemporary lives. 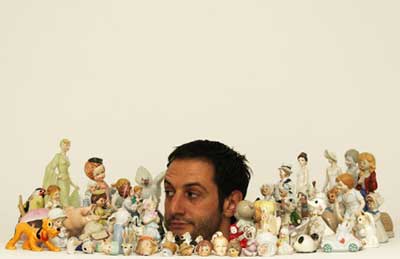 Through his work Barford explores all aspects of our society. Following in the tradition of Hogarth, Chaucer, Dickens, and Shakespeare with a dark sense of English humor and satire, his work investigates and celebrates the human condition. He broke new ground with his exhibition, The Seven Deadly Sins, with large-scale ceramic sculptures that explored sin in our contemporary world and its association with the breakdown in community.

Barford graduated from the Royal College of Art in 2002. He has shown his work internationally and has been the subject of several solo exhibitions in the United Kingdom. He recently had a solo exhibition at the Museum of Contemporary Art in Virginia. His work is part of public and private collections, and his work includes museum and private commissions, for example, he recently worked with Louis Vuitton. Barford is represented by David Gill Galleries, St. James’ London.

Alun Graves, senior curator of the Ceramics and Glass Collection at the Victoria & Albert Museum said, “Barnaby is brilliantly puckish, and something of an agent provocateur. By seduction and guile, his work exposes our inner frailties, prejudices and desires, holding up a mirror to us both metaphorically as well—on occasion—physically. Few are so incisive and insightful.”