“BODIES AS THE END? THE INQUIRY INTO THE HUMAN FORM IN REMBRANDT’S TIME” Blaise Ducos 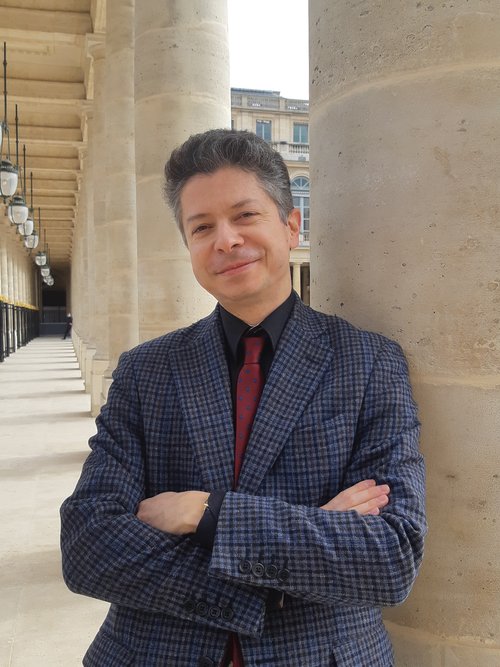 Blaise Ducos, Musée du Louvre curator, will give a Paula G. Manship Endowed Lecture to the College of Art & Design on Monday, February 27, 2023 at 5:00 p.m. in the Cox Auditorium.

Blaise Ducos studied philosophy at the University of Paris I (Pantheon-Sorbonne) where in 1998 he obtained a master’s degree on the art of perspective, its uses, limits and distortions in a fixed image. Ducos was accepted into the Ecole du Louvre in 1996 and received his diploma in the history of art in 1999, the same year he passed the Institut National du Patrimoine (National Institute of Cultural Heritage) exam to become a curator of French cultural heritage.

Ducos worked at the Musée d’Unterlinden, Colmar and at the Gemäldegalerie Alte Meister, Dresden as part of his curatorial studies. At the same time he wrote a history of art master’s thesis on painting in Cologne in the 16th century (University of Paris IV). The thesis covered a variety of artists including Barthel Bruyn the Elder, the Master of the Saint Bartholomew Altarpiece and Anton Woensam von Worms. His research brought him into contact with several German museums, in particular the Wallraf-Richartz-Museum & Fondation Corboud.

For Holland well into the 1700s, rekindling the flambeau of the Italian Renaissance meant, among other pursuits, experimenting on the human body – artistically and scientifically. As a form and, literally. But where could actual bodies be licitly seen? In the artist’s studio (as a live model, male, or in a few instances, female); on the surgeon’s table; in the collector’s cabinet. In every instance, observation and imagination were at play – with the lure of the antique the inescapable backdrop of « body consumption ». The ensuing corpus of representations forms a bewilderingly diverse ensemble: bodies idealized, bodies after life, « monsters » or chimeras, alchemical constructs, body fragments… Adding complexity, betwixt fascination and misperception, came the body of the « other »; the extra-European body.

Artists, the medical profession, collectors of the time saw the body as a mysterious source of beauty. Hence, the anatomical forays as well as the staging acumen at the core of the artistic masterpieces that have come down to us. This talk will present a brief survey of the types and sorts of human bodies (naked or nude, a somewhat tricky distinction) to which a viewer from the time would have been exposed.