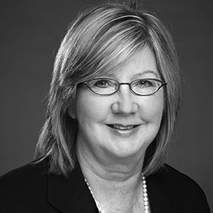 Heerwagen is a research psychologist with the U.S. General Services Administration’s Office of Federal High-Performance Green Buildings. Her work focuses on the behavioral, psychosocial, and health impacts of buildings and on translating research evidence into policy and guidance. She has been an invited speaker and has written widely on sustainability, biophilia, and the human factors of building and workplace design. She is co-editor of Biophilic Design: The Theory, Science and Practice of Bringing Buildings to Life which won the 2008 Publishers Award for best book in architecture and urban planning. She received the 2014 Design for Humanity Award from the American Society of Interior Designers and was named one of 25 Environmental Champions in the U.S. by EnvironDesign Magazine. She received a BS in communications from the University of Illinois and a PhD in psychology from the University of Washington. She is an affiliate faculty member in architecture at the University of Washington.