Once Upon A Time in The West 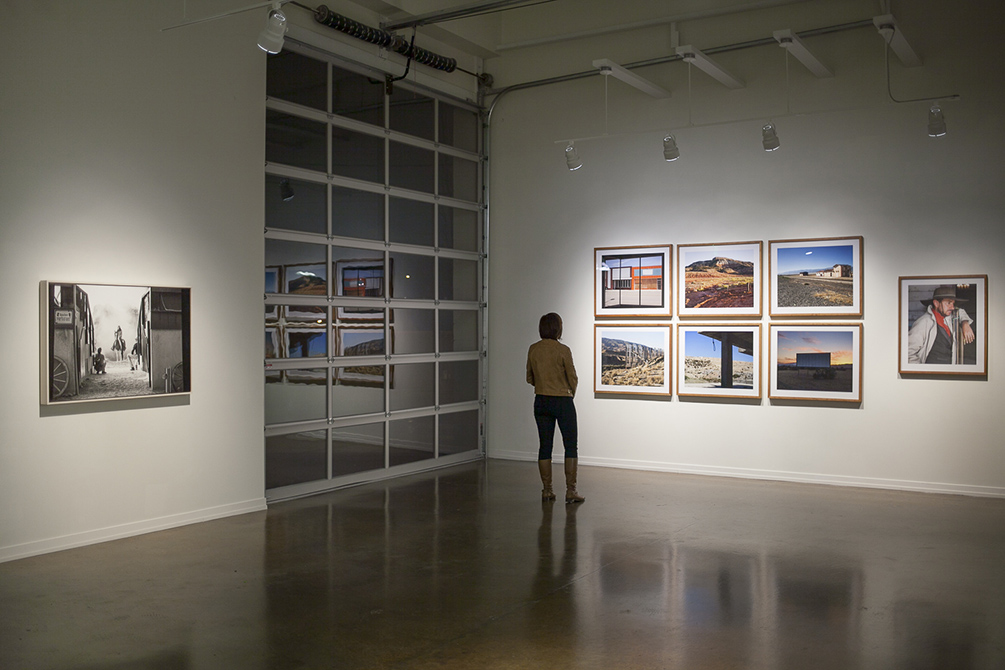 Jeremiah Ariaz, Associate Professor of Art at LSU, has spent most of this past year traveling in Spain, Italy and Germany collecting images of the Wild American West, apparently alive and well across the Atlantic. His latest body of work, Once Upon a Time in the West, is currently on display at the Zeitgeist Gallery in Nashville, Tennessee. The exhibition includes images shot at Sergio Leone, Spaghetti Western sets/locales in Italy and Spain, and features portraits of German Wild West re-enactors.

“The project started in 2007 after a chance stop in Tucumcari, NM. I became enthralled with the town and for the next four years returned whenever I had the opportunity, usually twice a year for a few days at a time. As the project took shape I became aware of the Sergio Leone films that were made in the Almeria region of Spain, a landscape that looks like the American West. One film in particular, For A Few Dollars More, was partially set in a fictionalized Tucumcari. This provided a perfect link for me to photograph there as a companion project,” said Ariaz in a recent interview with Zeitgeist Gallery. Click here to view full article.

Together, the photographs represent a modern day western that blur the lines the lines between fact and fantasy while exploring the tension between the actual west and an imagined west.