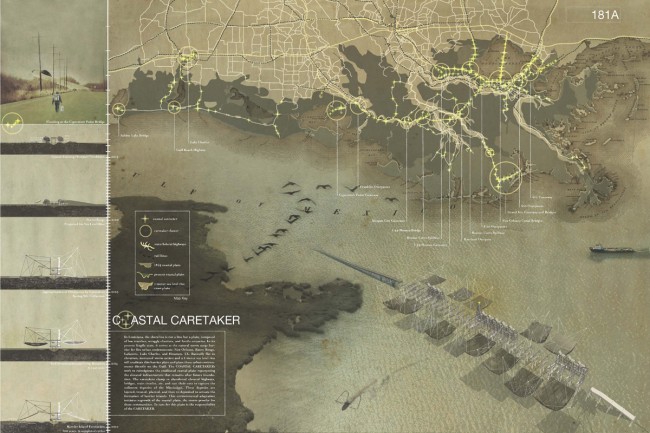 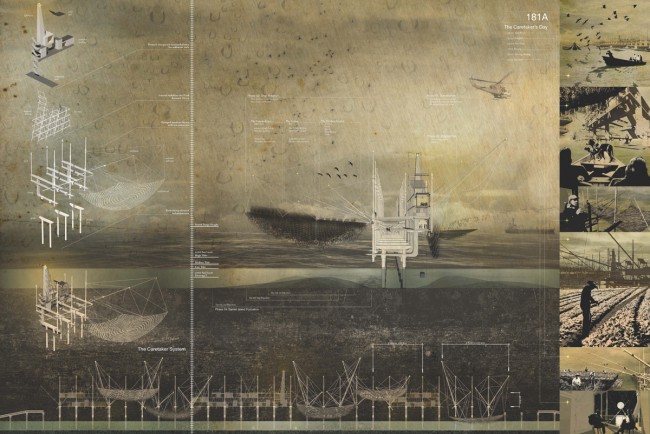 A team of four faculty members from Louisiana State University College of Art + Design and University of Louisiana at Lafayette College of the Arts was awarded the grand prize in the 2013 Unbuilt Visions International Architectural Design Competition.

The Unbuilt Visions design competition is designed to promote critical debate about architecture and design by acknowledging excellence in unbuilt projects. Sponsored by New York–based d3, the competition is open to all architects, landscape architects, designers, students, and other makers of the built environment, and interdisciplinary teams are especially encouraged to participate.

An international jury of 30 architects, designers, theorists, and historians awarded four grand prizes and eleven special mentions in this year’s competition. The winning submissions will be featured in a permanent online gallery and in Unbuilt Visions I, the first volume in a series that will collect, curate, and document transitions in unbuilt architecture and design. The winning projects will also be displayed in the Unbuilt Visions exhibition to be held at the Middle East Technical University Department of Architecture in Ankara, Turkey, during January 2014.

In an era of significant technological innovation, the Unbuilt Visions design competition is meant to showcase speculative projects that offer vast potential for advancing theoretical discourse, as well as alternative ways to intervene within the built environment.

“Coastal Caretakers” proposed a method of environmental adaptation to rebuild the shoreline plain along the Louisiana coast. This fragile plain is composed of low marshes and fertile estuaries that serve as a natural storm-surge barrier for five urban environments: New Orleans, Baton Rouge, Lafayette, and Lake Charles, Louisiana, and Houston, Texas. 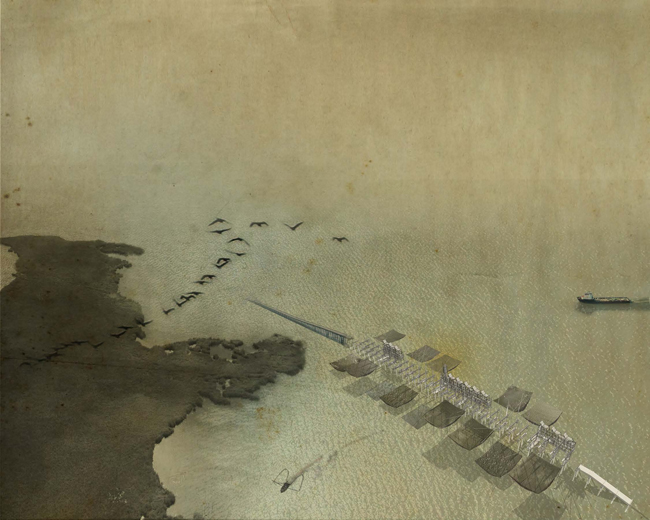 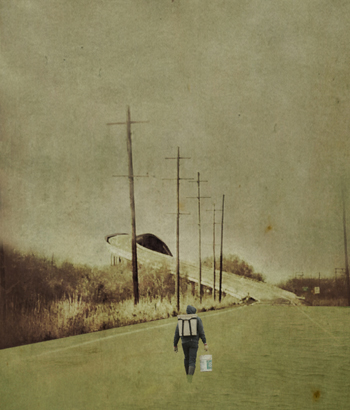 Because these five locales are basically flat in elevation, increased storm action and a one-meter rise in sea level could soon flood the barrier plain and place these cities directly on (or in) the Gulf of Mexico. The “Coastal Caretakers” project envisions a system of vertical structures—the future remainders of abandoned and flooded elevated highways, bridges, and train trestles—equipped with nets cast to capture the sediment deposits of the Mississippi River. 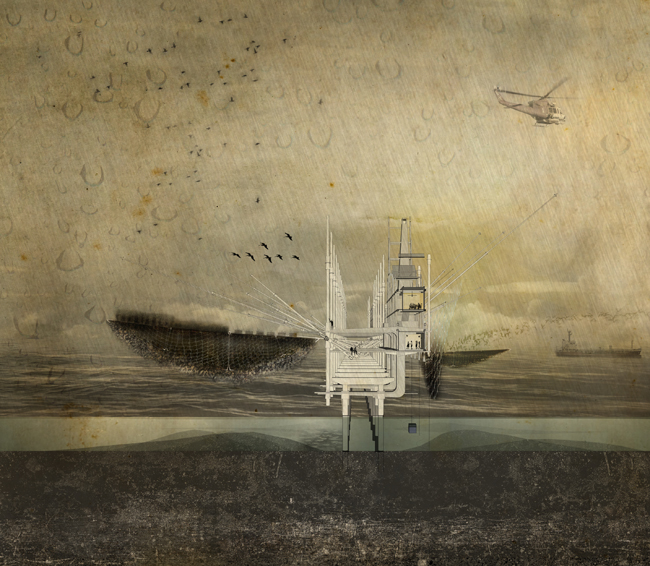 Over time, the collected sediment deposits would be layered, treated, planted, and then re-deposited to form barrier islands and initiate the regrowth of the coastal plain as a storm-proofer for the five communities. The infrastructure would remain in place and caretakers would be responsible for maintaining and caring for the shoreline plain.

Founded in New York in 2008, d3’s program of exhibitions, events, competitions, and publications is focused on generating dialogue and collaboration across geographic, ideological, and disciplinary boundaries in art and the built environment. d3 seeks to unearth new approaches to connecting form, space, and materiality with innovative notions of interiority and exteriority at various scales. Visit d3space.org for more information. 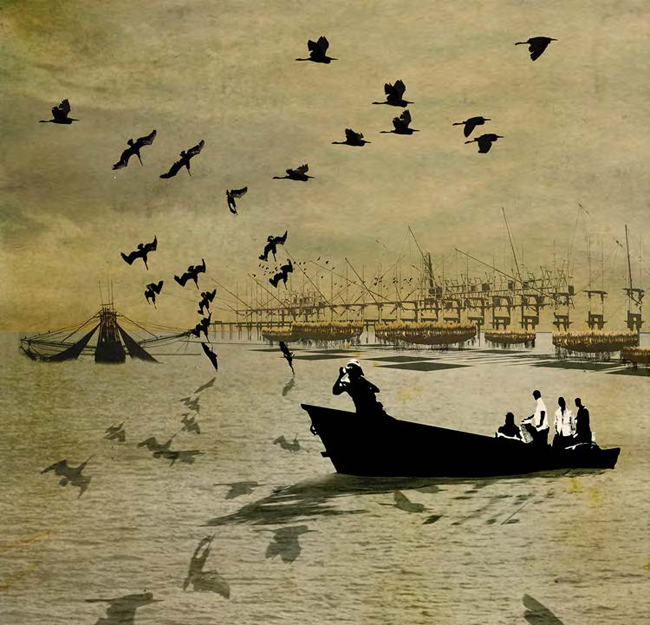 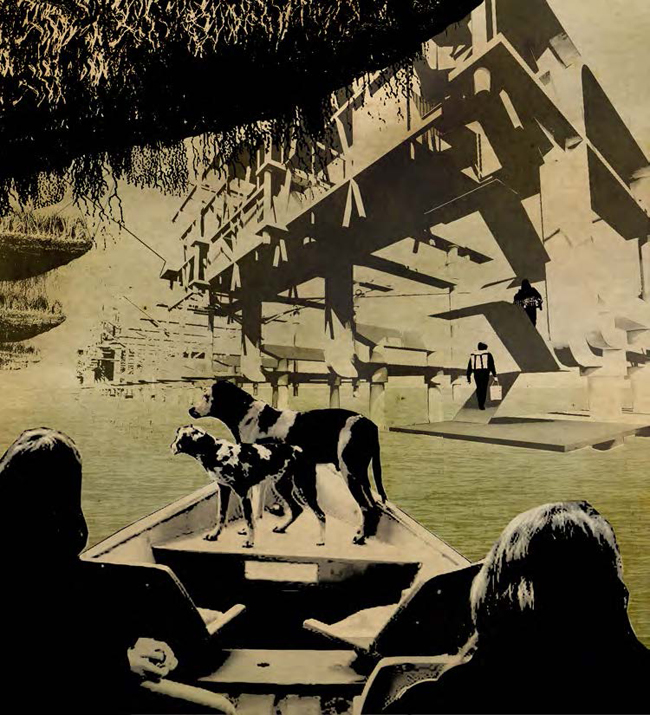 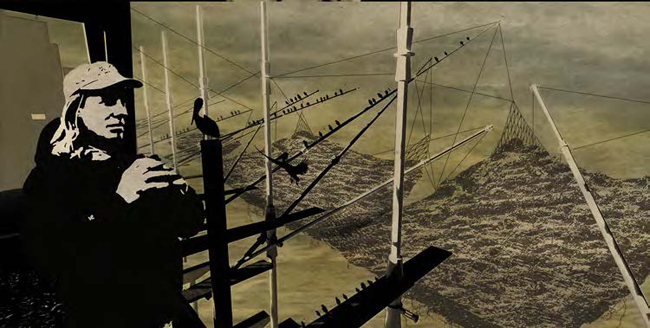 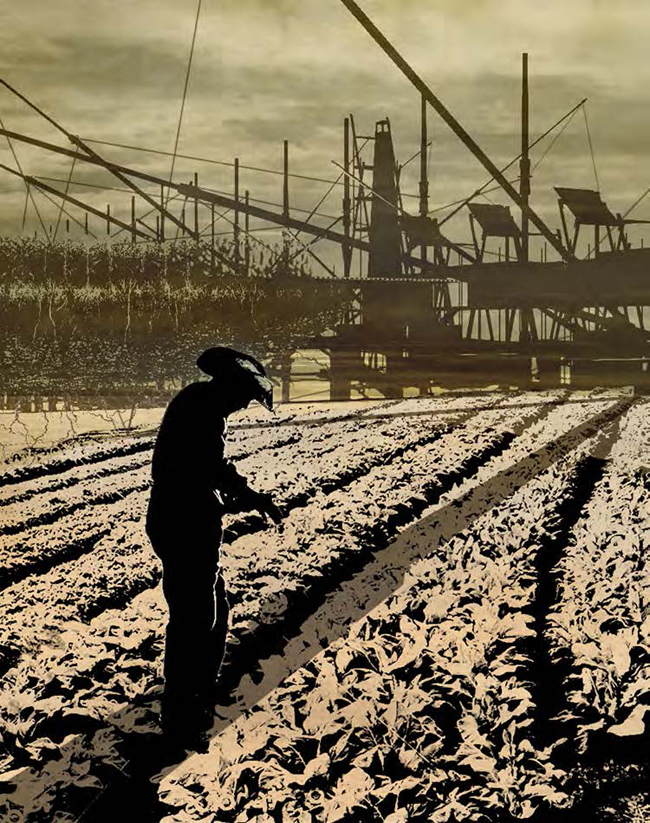 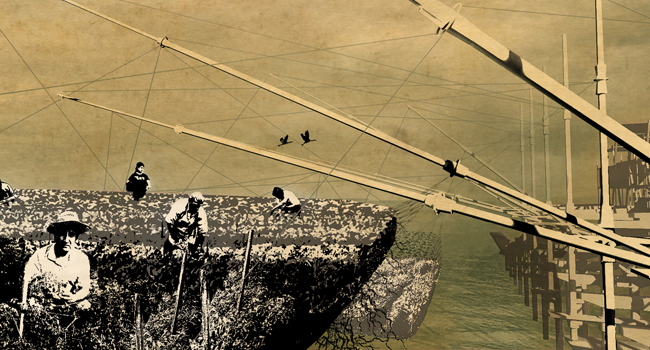 About Kristi Dykema Cheramie
Kristi Dykema Cheramie is the Susan Turner Associate Professor of Landscape Architecture at the Robert Reich School of Landscape Architecture at Louisiana State University. She received a BS in architecture at the University of Virginia and a Master of Architecture at the University of California, Berkeley, where she was awarded the 2005 John K. Branner Traveling Fellowship. Her work looks at change over time in rural landscapes, with an emphasis on tracking patterns of adaptability in vernacular building traditions. Her research methods and pedagogy focus on the evolution of place and the factors contributing to spatial change. Her work has been published in the Journal of Landscape Architecture, Places, and Detail magazine. Cheramie’s research has led to numerous awards and fellowships, including the EDRA Place Research Awards in 2008 and 2011 for work on rural landscapes in Central California and Coastal Louisiana. Her current work explores changing perceptions of place, time, and material due to river control infrastructure in the Atchafalaya Basin in Louisiana.

About Ursula Emery McClure, FAAR, AIA, LEED AP BD+C
Ursula Emery McClure is a founding partner of emerymcclure architecture and the A. Hays Town Professor at the LSU School of Architecture. She received a BA in architecture from Washington University at Saint Louis, Missouri, and a Master of Architecture at Columbia University. The work and writing of emerymcclure has been published in numerous journals and magazines, including Places, 306090-05, Architecture Record Online, JAE, Dwell magazine, and Southern Living. The firm’s work has won numerous awards, including being recognized by the 2006 and 2010 Venice Biennale, Architectural Record, and the American Institute of Architects. Members of the firm have lectured on their work at numerous conferences and universities, most recently at Iowa State University in the spring of 2013. In 2008, the firm won the Gorham P. Stevens Rome Prize for the project, “Terra Viscus: Hybrid Tectonic Precendent.” In September 2013, McClure received the 2013 ARCC Research of the Year Award and two of her graduate students placed in the 2013 ACSA Preservation as Provocation design competition.