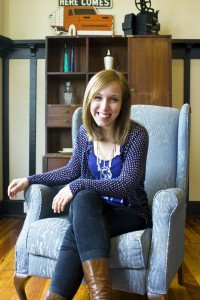 Type designers, type publishers, educators, calligraphers, and software writers—anyone and everyone who matters in the type world—gathered in Barcelona in September to discuss and explore typography at ATypI Barcelona 2014. And LSU School of Art MFA candidate Jamie Kutner was there, thanks to the support provided by the LSU College of Art & Design, the LSU School of Art, the LSU Student Senate, and the LSU Graduate School.

Jamie was invited to the conference to present a workshop, “Designing for Endangered Writing Systems,” based on her research and preservation efforts of the Chakma alphabet, an endangered language of the Chittagong Hill Tracts of Bangladesh. ATypI, one of the largest international type conferences, is hosted in a different city each year by the Association Typographique Internationale, a non-profit organization that provides a structure for the type community to meet and act together and that works to preserve the culture, tradition, and history of type and typography. This year’s theme, “Typographic Dialogues,” invited exploration of the relationships between all aspects of typographic design, from research in the history of typography to innovations in information design and the latest developments in multi-script communication—the perfect platform for Jamie to present her work and research on endangered writing systems.

“It is estimated that one third of the world’s writing systems are endangered,” said Jamie. “As typographers, we have the opportunity to apply our skills to this facet of the field, preserving languages that are written with endangered alphabets and supporting cultures that identify with those languages.”

Participants in Jamie’s three-hour workshop examined the formal qualities of Chakma, an indigenous language from southeastern Bangladesh that has been confined to limited use by political and cultural influences in the region. Chakma has its own script, which bears a similarity to Burmese. Literacy in Chakma is low, although efforts are being made to increase fluency in the spoken and written forms of the language. 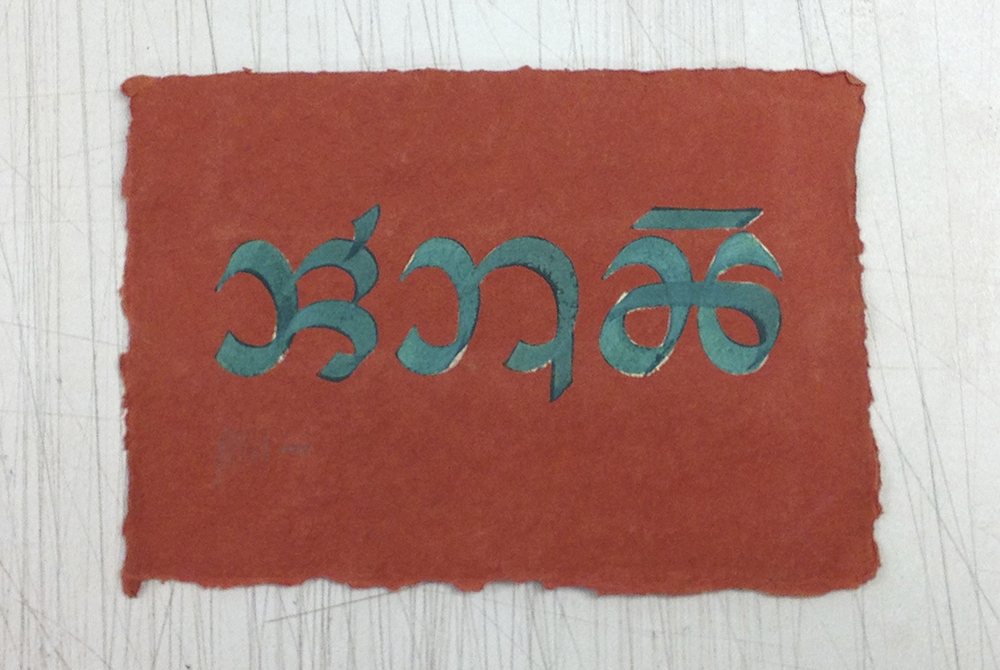 A sample of Chakma writing

Approximately 20 type designers and typography students attended Jamie’s workshop at ATypI, including type designers from Dalton Maag in London and SIL International, a faith-based nonprofit organization committed to serving language communities worldwide as they build capacity for sustainable language development. Each workshop participant received samples handwritten by members of the Chakma community. Using varied calligraphic tools, the designers worked to create the beginnings of a lettering hand in Chakma. Jamie began the workshop by guiding the designers in a search for core forms and proportions within the writing samples. Next, they synthesized core strokes to refine characters in the Chakma alphabet. At the end of the workshop, the participants had created a collection of harmonious characters and diacritics in the Chakma script. Jamie plans to share the results of the workshop with native writers for feedback on legibility in person. An important next step in her continued research in this field is a visit to the region, and she is currently in the process of applying for grants to support her work and travel. 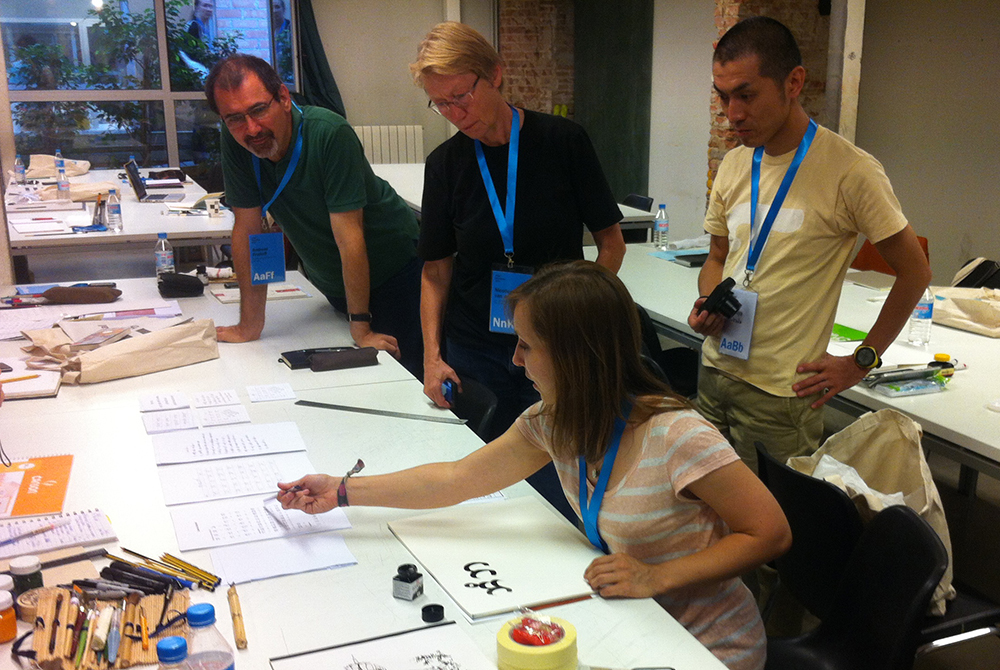 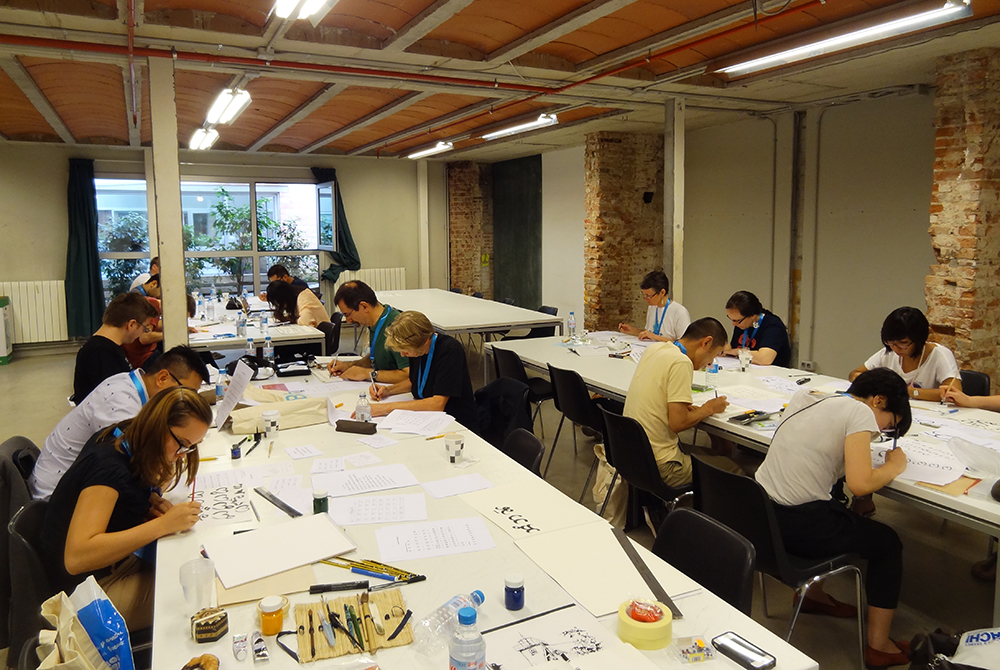 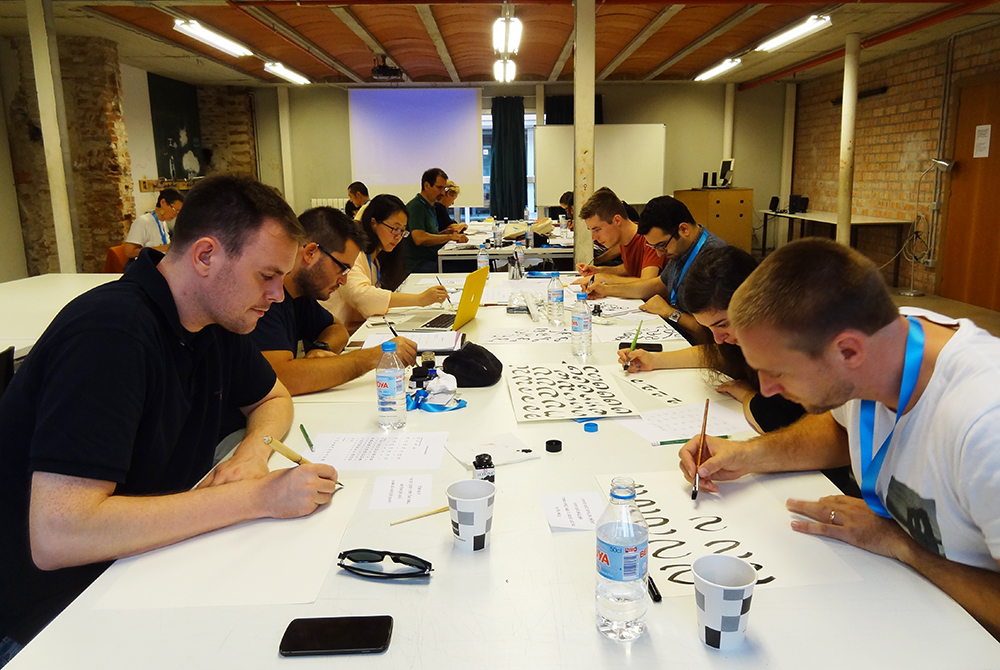 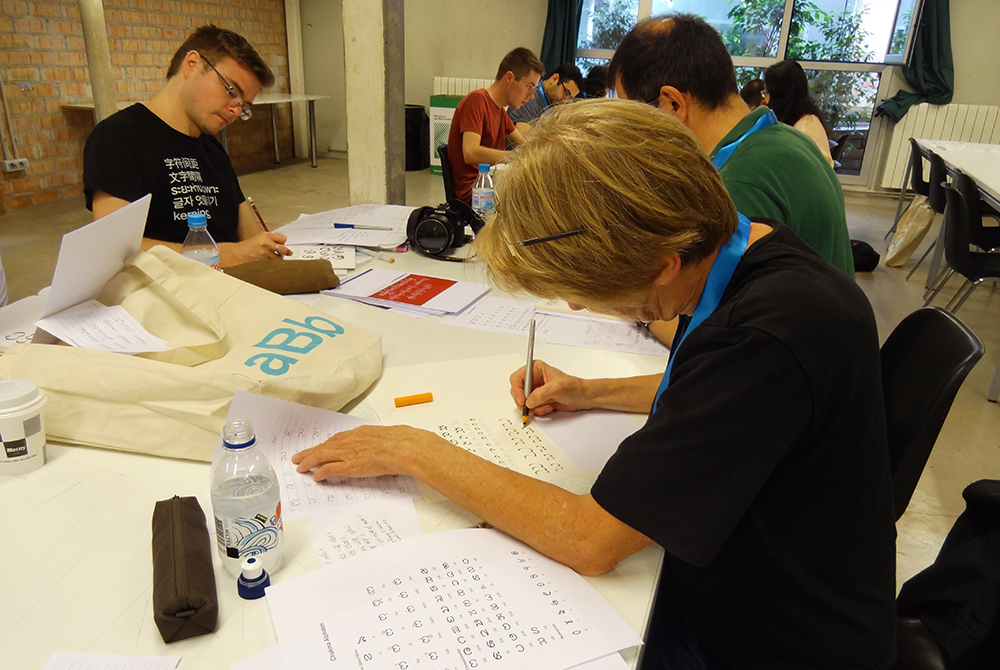 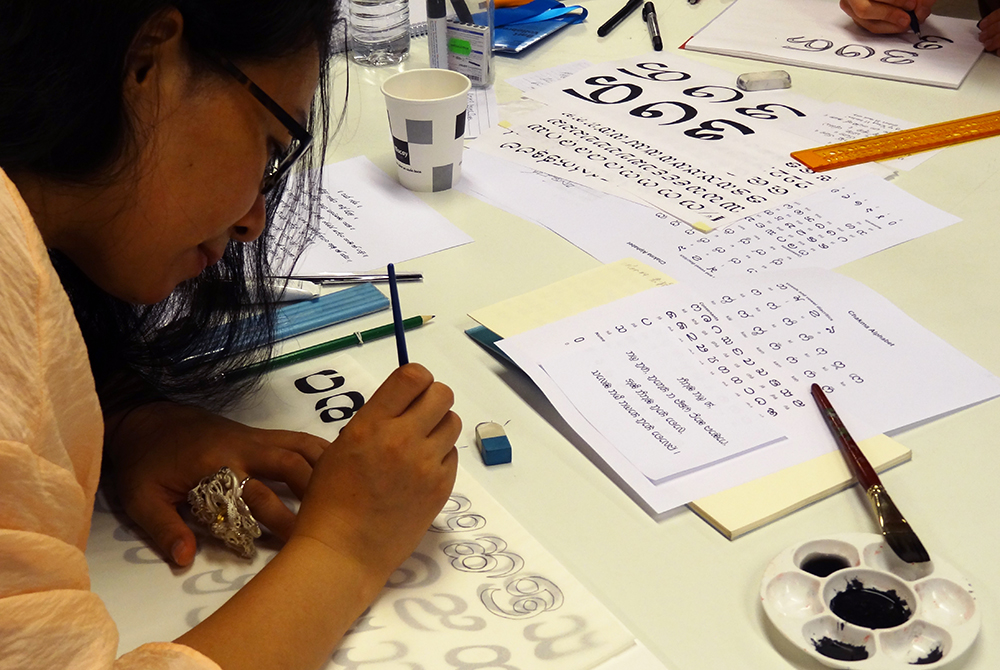 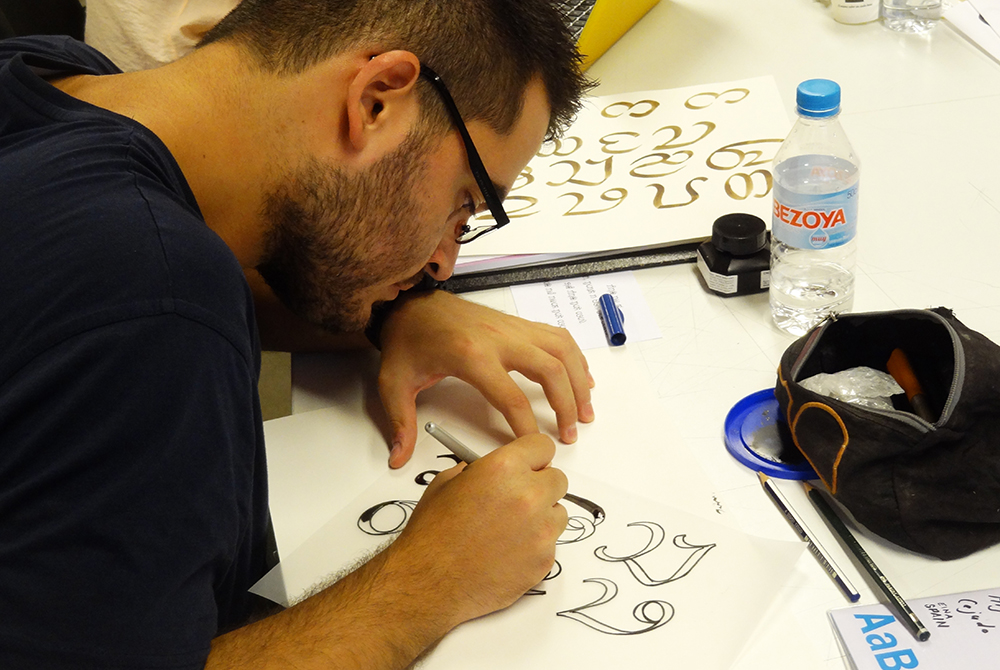 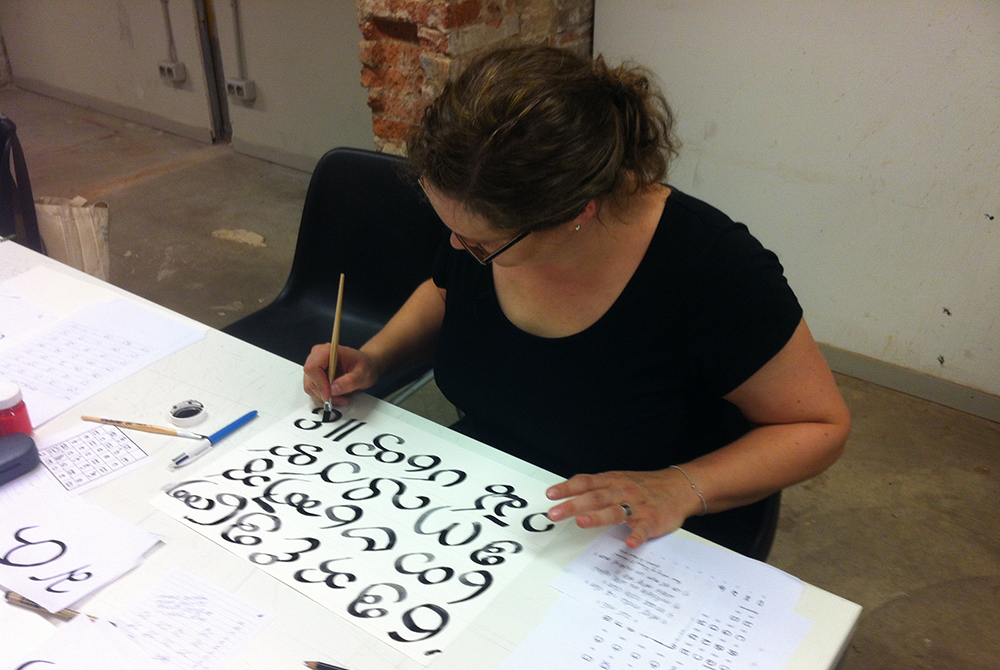 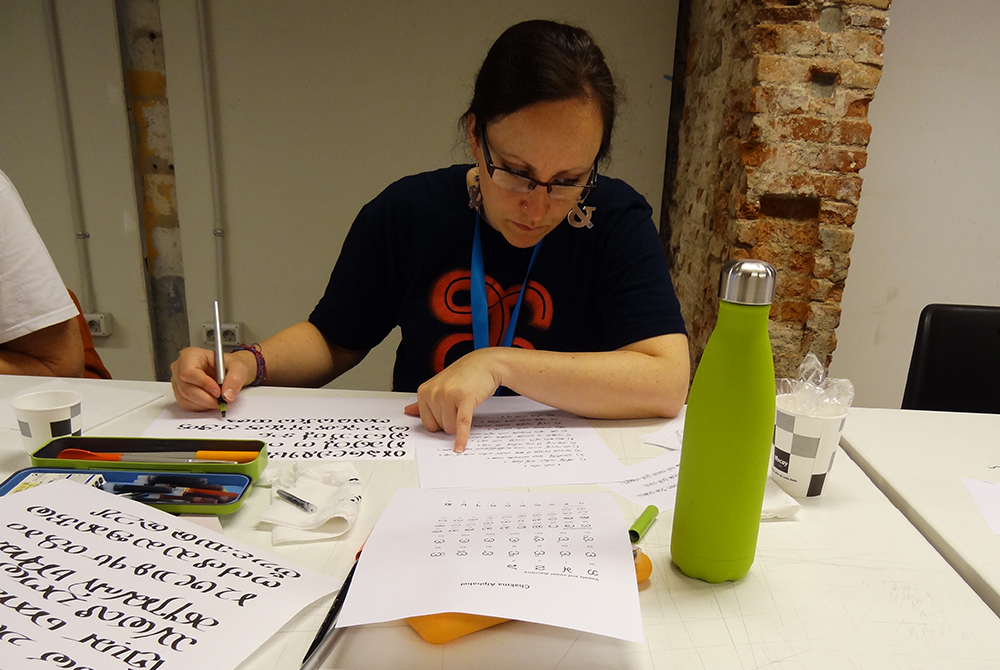 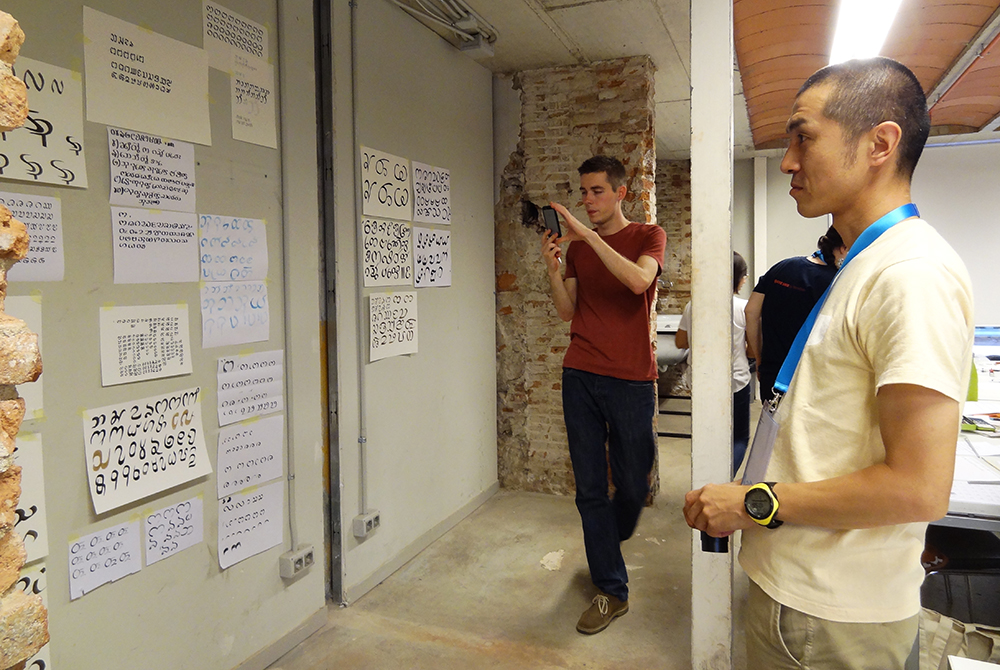 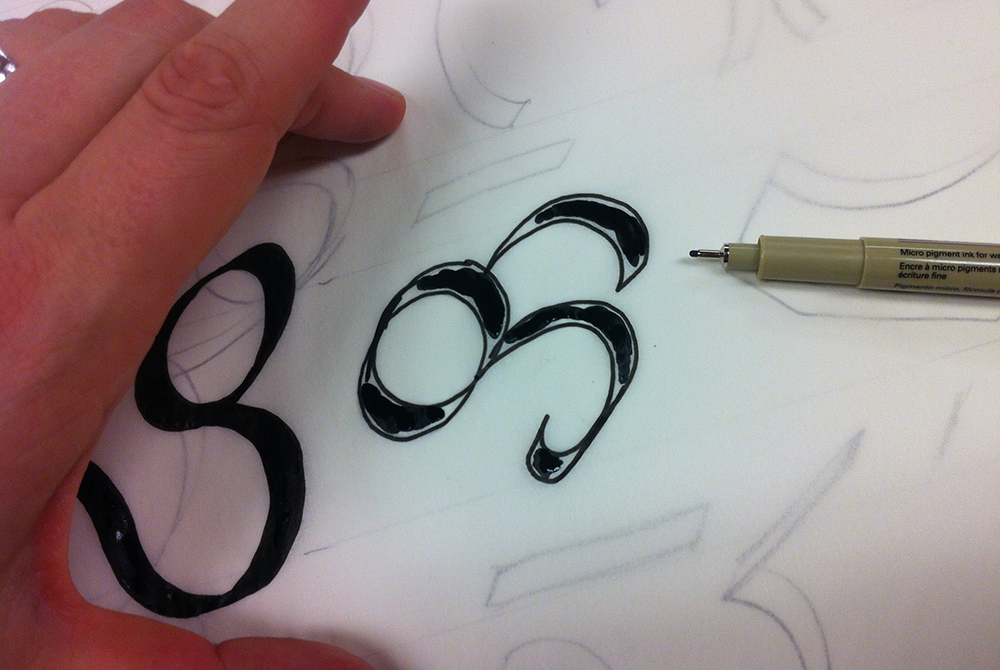 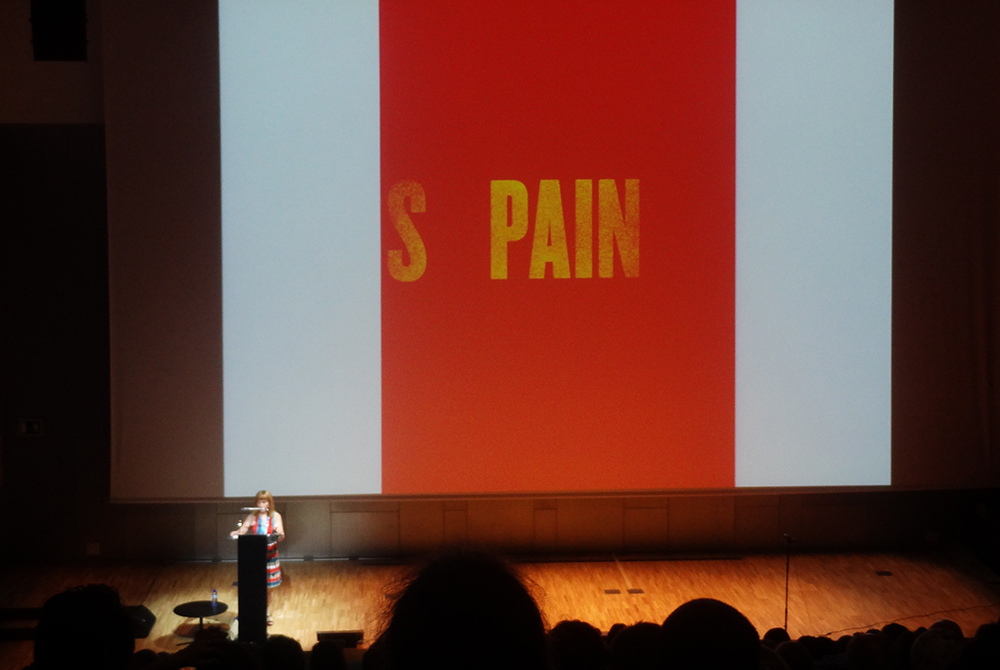 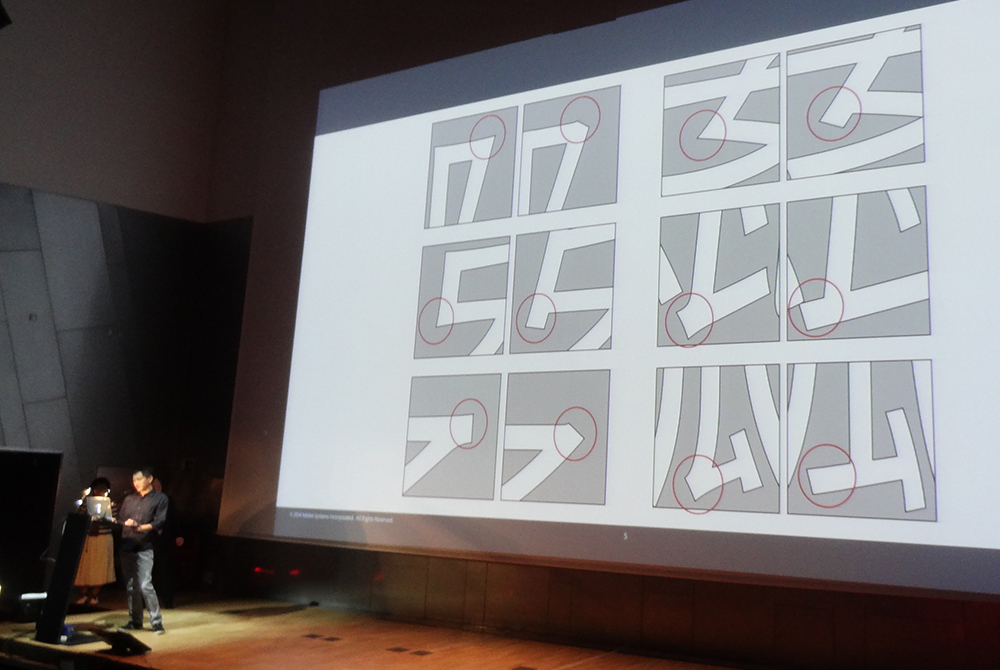 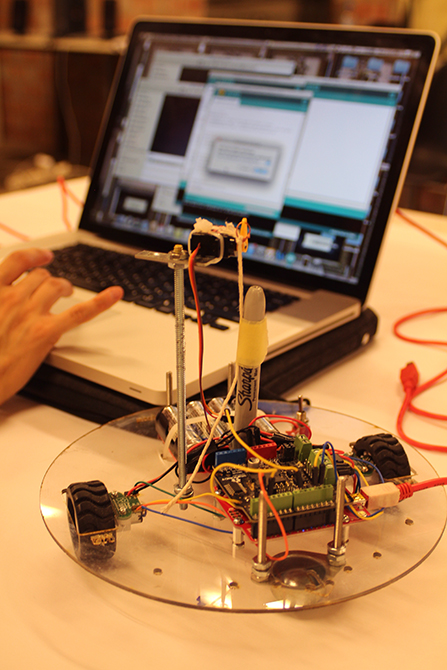 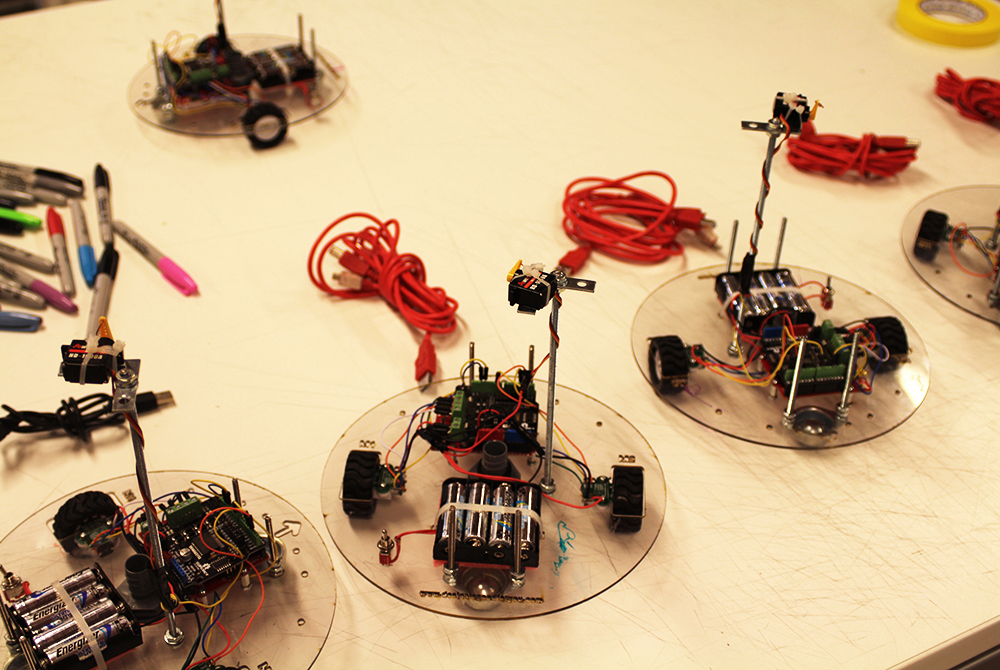 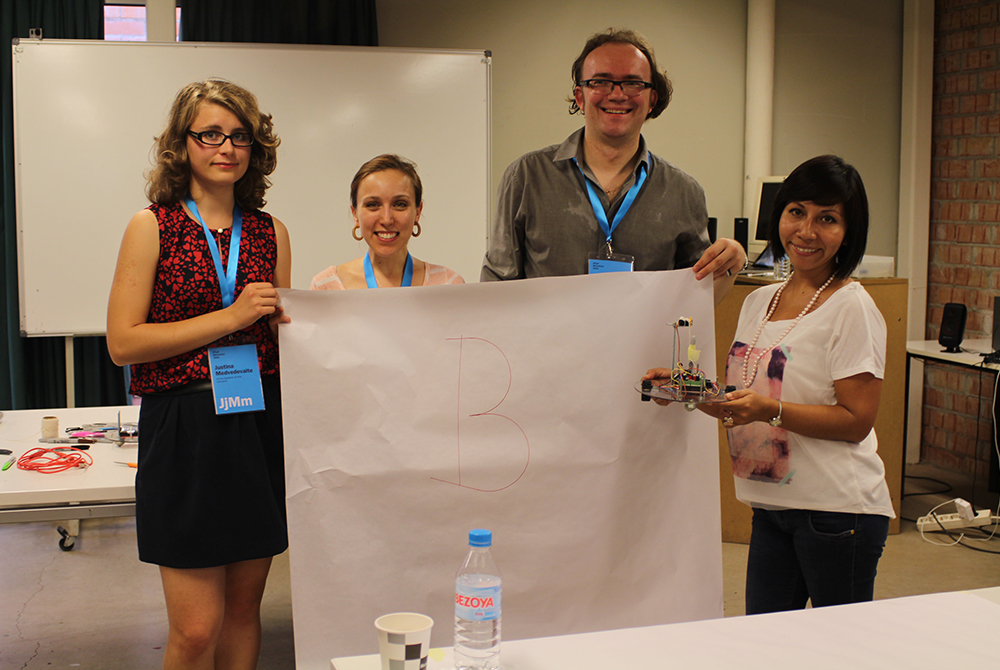 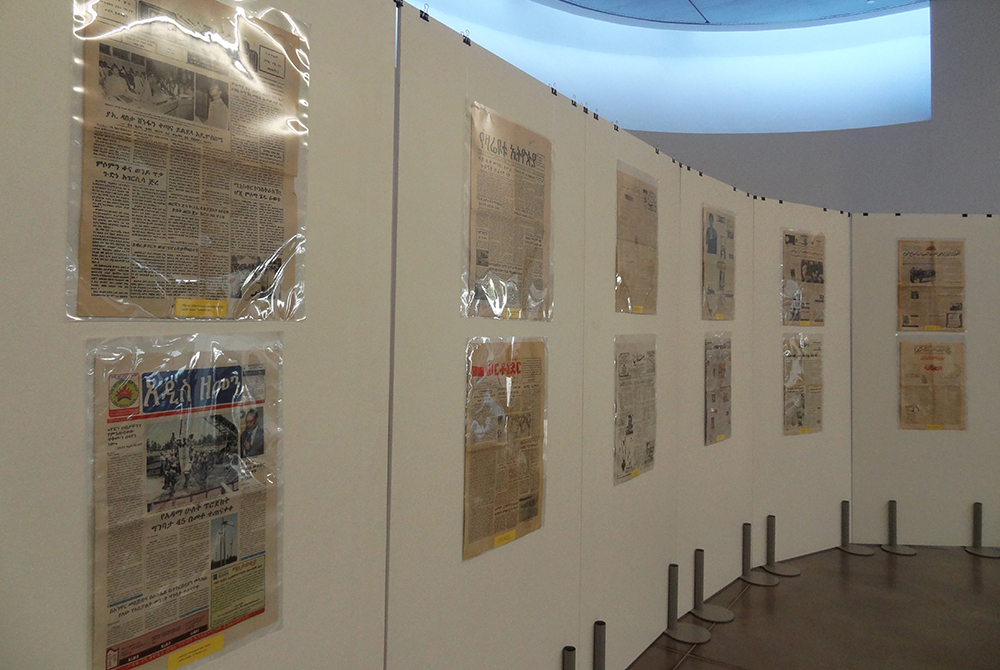 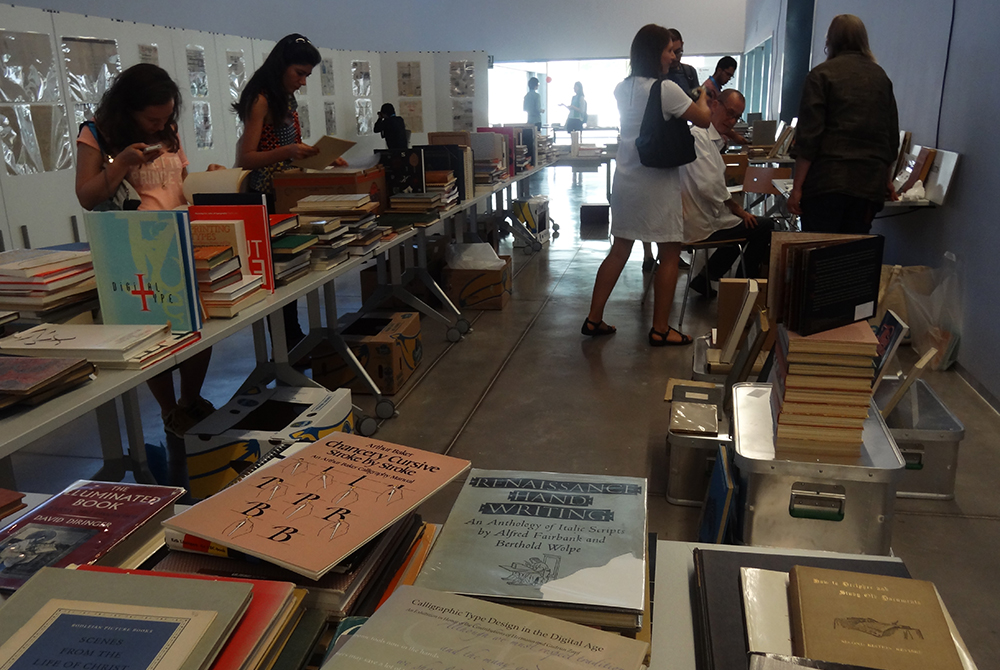 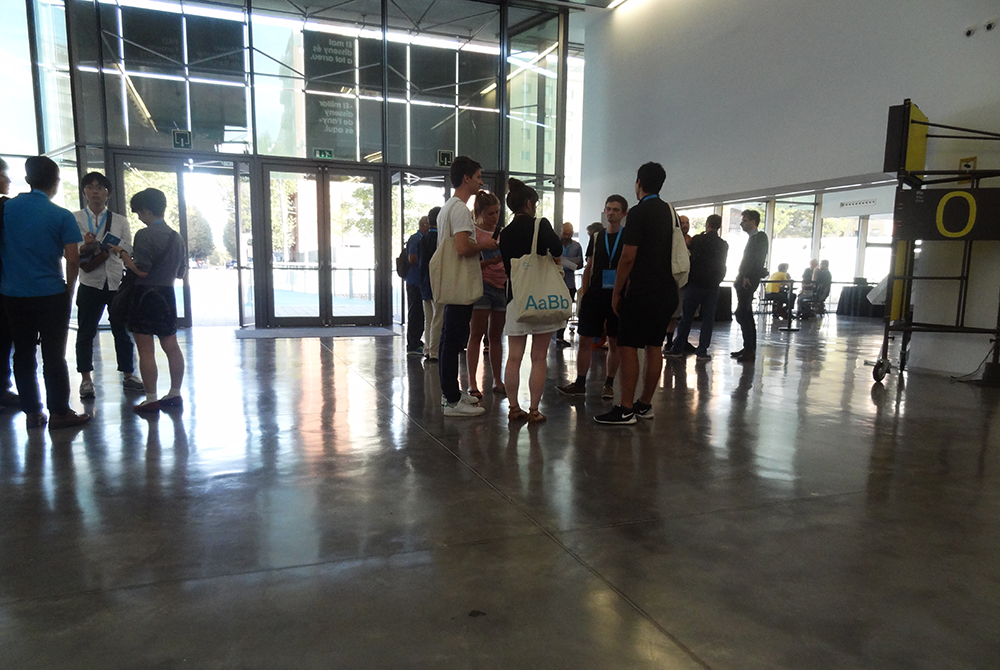 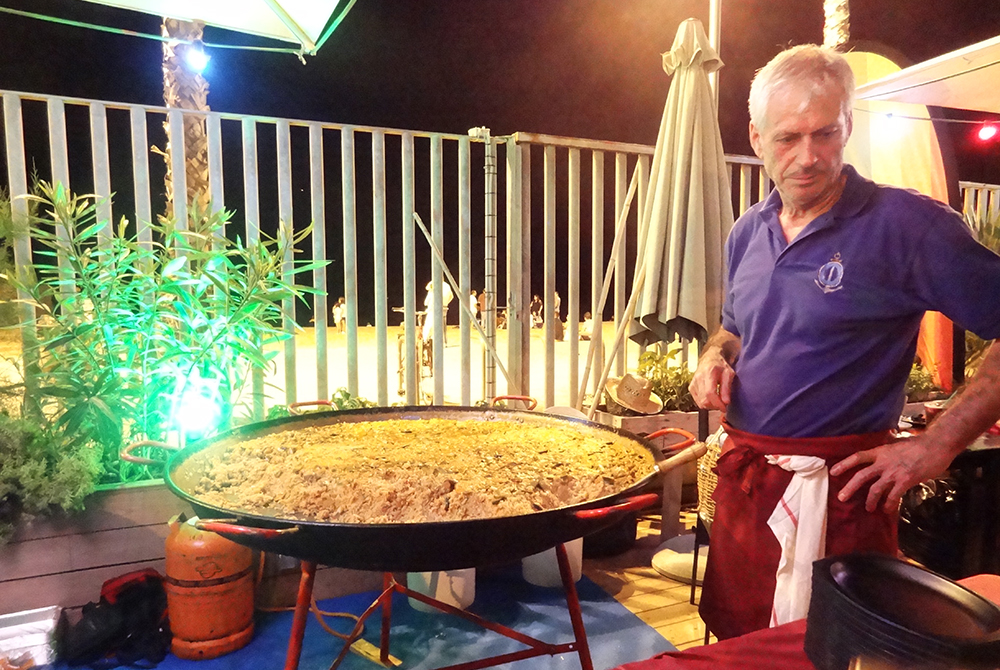 Jamie, a typographer, printmaker, and book artist, holds a BFA in printmaking from the Rhode Island School of Design and a postgraduate diploma in advanced typography from Eina University School of Design and Art in Barcelona. Her studies on the indigenous writing systems of Bangladesh began through her collaboration on the Endangered Alphabets Project. Tim Brookes, assistant professor and program director of the Professional Writing Division of Communication and Creative Media at Champlain College in Vermont, has been researching endangered alphabets around the world. His interest in the endangered writing systems of the Chittagong Hill Tracts in Bangladesh led him to Maung Ting Nyeu, a PhD candidate at the Harvard Graduate School of Education, grew up in the Hill Tracts near the border of Bangladesh and Myanmar. In 2012, Brookes and Nyeu reached a point in their research where they needed a calligrapher, someone with a formal typography perspective. A mutual friend introduced Brookes and Jamie while she was studying in Barcelona.

Jamie instantly recognized the project as a perfect fit with her goals and interests. Jamie grew up Jewish and fluent in Hebrew, intimately aware of the connection between linguistic and cultural identities. Familiar with endangered languages through her undergraduate studies in linguistics at RISD, she saw the Endangered Alphabets Project as a way to engage in a design practice with social impact on an international scope. “It was an easy decision,” recalled Jamie. “I remember thinking, ‘of course I’m going to do this.’ I could use my design skills at a most basic level to document a writing system that could go extinct.” She immediately began working while still in Barcelona, promoting a Kickstarter campaign in October 2012. The project was partially funded when she entered her first semester as a graduate student in the printmaking program at LSU in 2013. She began looking at the Chakma language that spring, working with support from Professor Kimberly Arp, examining the formal qualities of the writing system.

In summer 2013, Brookes, Nyeu, and Jamie—the entire Chittagong Hill Tracts team—presented their work at the Smithsonian Folklife Festival in Washington, DC. The team showed samples of their recent work, including a children’s book published in Marma, one of the three Hill Tract languages the team was studying (along with Chakma and Mro). Nyeu had recently founded Our Golden Hour, a nonprofit organization that works with rural schools in the Chittagong Hill Tracts to teach native language and cultural identity in the region. The team created rubber stamps of characters and a coloring sheet with words in several endangered languages, making their booth a popular attraction for children’s activities, and Jamie provided calligraphy demonstrations in Chakma and Marma. They also met other scholars and major players in the endangered language community, most with backgrounds in linguistic anthropology. Several scholars were intrigued by the team’s focus on orthography. “That’s the first time I realized we were working in a special facet of such an important field, a truly unique opportunity,” Jamie recalled. 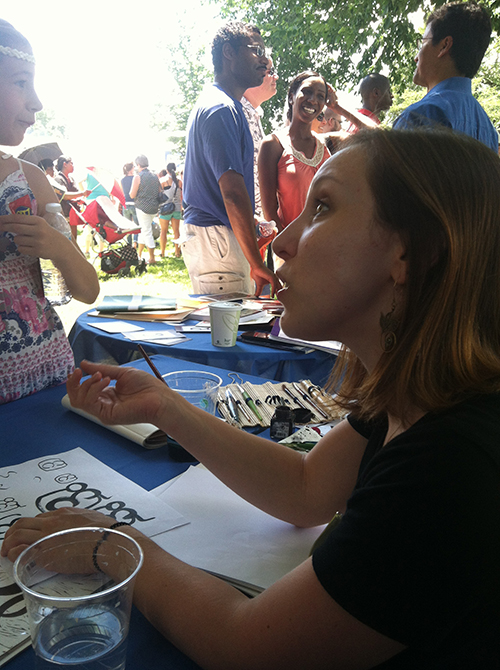 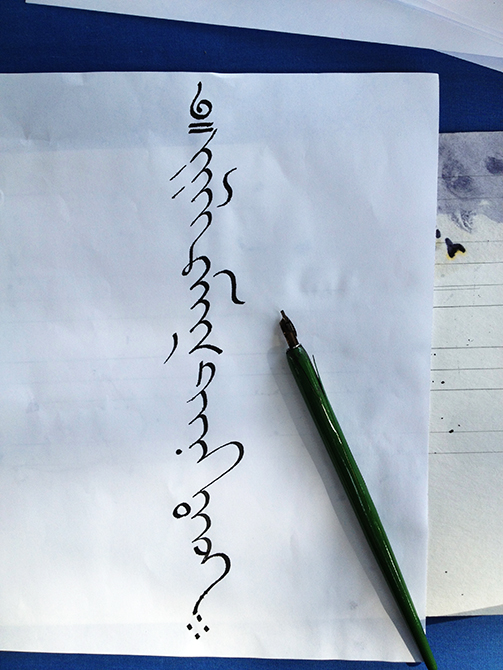 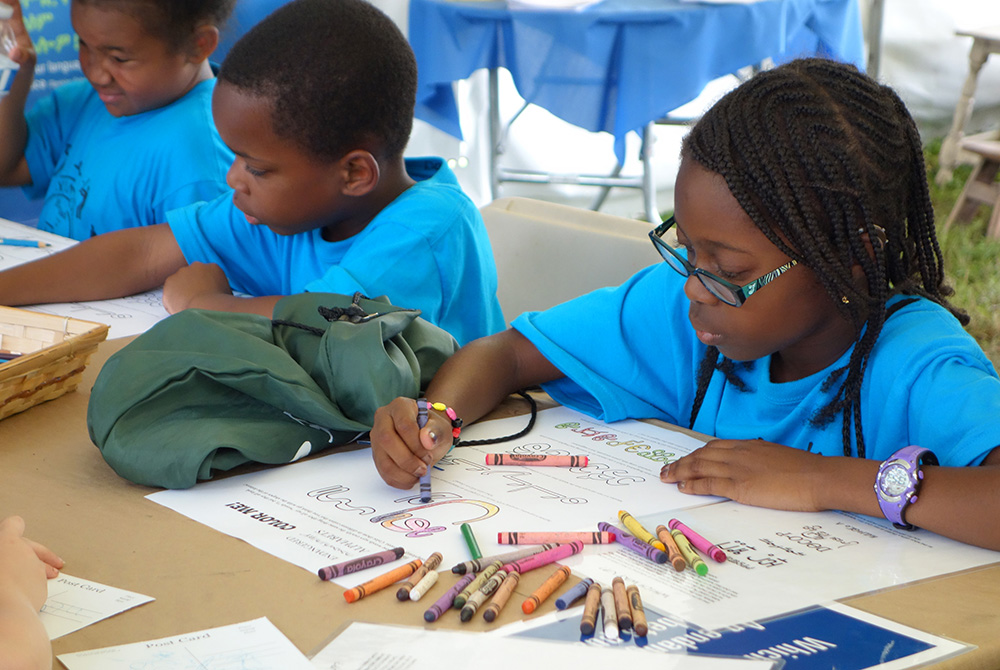 After the festival that summer, Jamie returned to LSU and got in touch with Dr. Jill Brody, professor of anthropology. She enrolled in Dr. Brody’s linguistic anthropology course, which gave her the foundation in theory she needed to continue her formal research in endangered writing systems. Her research pushed her toward an interest in programming and the possibilities for coding to aid in font design, and, as a result, Jamie recently shifted her area of concentration within the MFA program from printmaking to digital art. “The culture surrounding digital media practice is a great fit for my research interests,” she explained. “I remain fascinated with letterpress and the old manner of distributing written information. There is much to learn from traditional technology, and I am eager to explore blending my background in printmaking with new technologies in type design.” 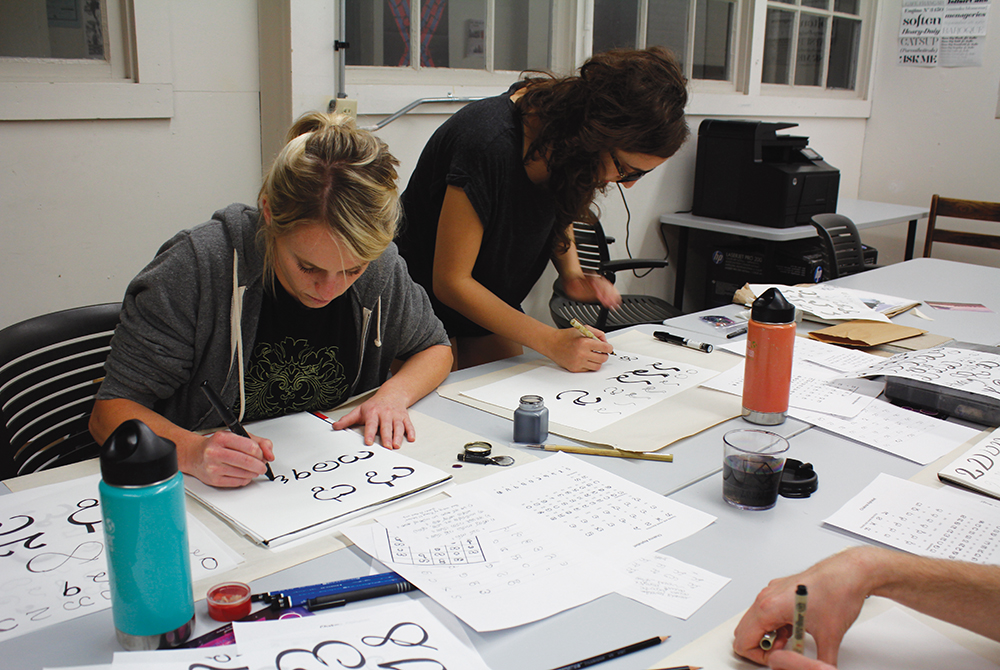 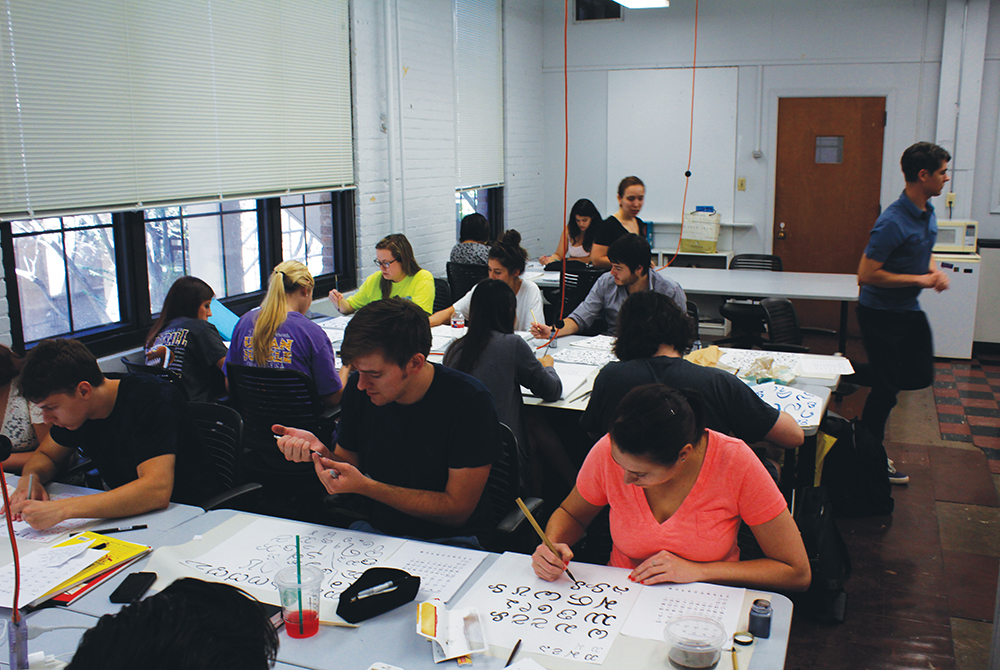 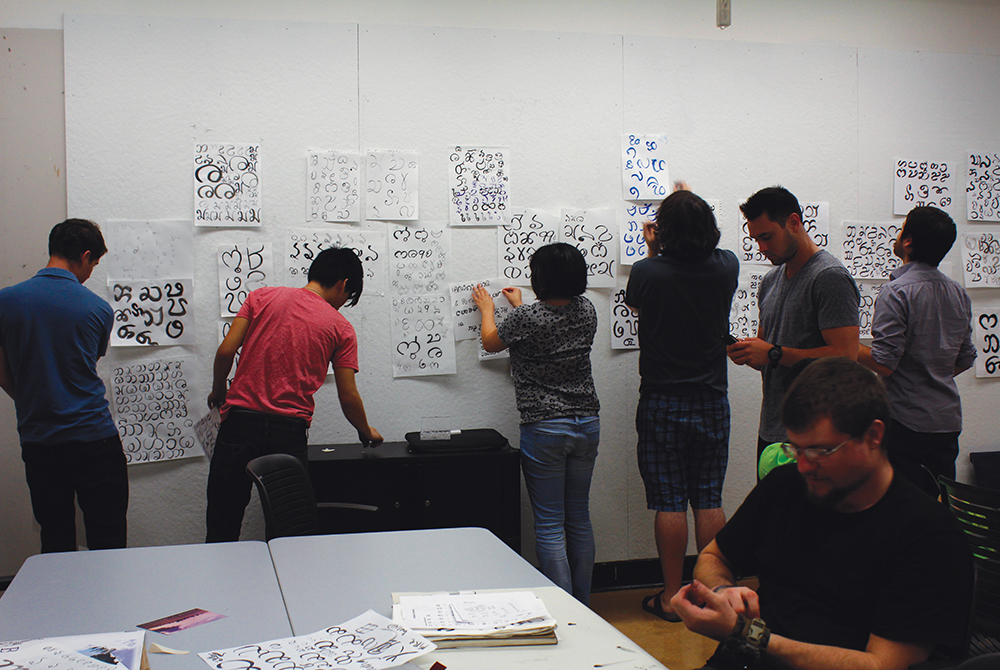 The guidance and support Jamie has received from the faculty at the LSU School of Art and from the university as a whole has been instrumental in her research and her progression through the MFA program. Jamie stressed the influence that Courtney Barr, associate professor of graphic design at the LSU School of Art, has had on her research in endangered writing systems. With Barr’s guidance, Jamie wrote the workshop proposal for ATypI, and Barr and Professor Lynne Baggett invited Jamie to present her workshop to their applied typography class before she left for Spain. “It was an amazing chance to iron out the timing and content while also inspiring young designers,” Jamie elaborated. “The support I received from Courtney and Lynne helped make my ATypI workshop a huge success.”

Read more about Jamie at jamiekutner.com.