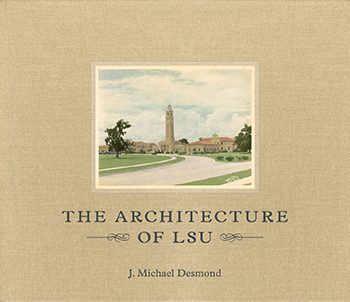 In The Architecture of LSU, author, professor, and architect J. Michael Desmond traces the university’s development from its pre–Civil War origins in Pineville, Louisiana, through its two downtown Baton Rouge locations, to its move to the Williams “Gartness” Plantation south of the city in the 1920s. A wealth of photographs, plans, drawings, and maps underscore the 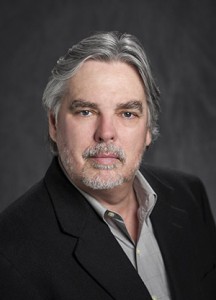 genealogies of the campus’s architecture and planning and the contributions of key historical figures, such as Frederick Law Olmsted Jr., whose vision is behind the layout of the present campus. The Architecture of LSU—the perfect gift for any LSU graduate—is available wherever books are sold and at lsupress.org/books/detail/architecture-of-lsu.

Selected as the winner of the LoPresti Award monograph category, The Architecture of LSU was described by the judges as “scholarly, well-researched and well-documented with excellent attention to detail and beautiful presentation. This record is something other universities may find inspiring as they create histories of their own campus architecture,” (arlis-se.org). This year’s competition was judged by LoPresti co-chairs Carolina Barrat and Emily Luken from the University of Georgia (UGA), Teresa Burk from SCAD Atlanta, Courtney Baron from the Visual Resources Center at UGA’s Lamar Dodd School of Art, and Melissa Tufts from UGA’s College of Environment and Design Library. The judges examined 34 entries from 19 institutions to choose the winners.

The Art Libraries Society of North America (ARLIS/NA) Southeast Chapter established the LoPresti Publication Award Competition in honor of Mary Ellen LoPresti, who was the design librarian at the Harrye B. Lyons Design Library at North Carolina State University until her death in 1985.

Read more about the LoPresti Award at arlis-se.org.