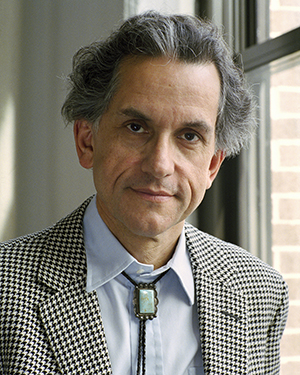 Nordenson is a partner at Guy Nordenson and Associates in New York and a professor of architecture and structural engineering at Princeton University. He practiced structural engineering in San Francisco and New York. In 1987 he established the New York office of Arup, where he was a director until 1997 when he began his independent practice. His current projects include the expansion of the Museum of Fine Arts Houston with Steven Holl and the National Museum of African American History and Culture in Washington, DC with David Adjaye and Phil Freelon. He currently serves as commissioner of the New York City Public Design Commission, as a member of the New York City Panel on Climate Change, and as a board member of the Jamaica Bay-Rockaway Parks Conservancy. Nordenson’s research project On the Water | Palisade Bay won the 2007 AIA Latrobe Prize and was published in 2010. The project and book served as the inspiration for the MoMA workshop and exhibition Rising Currents. 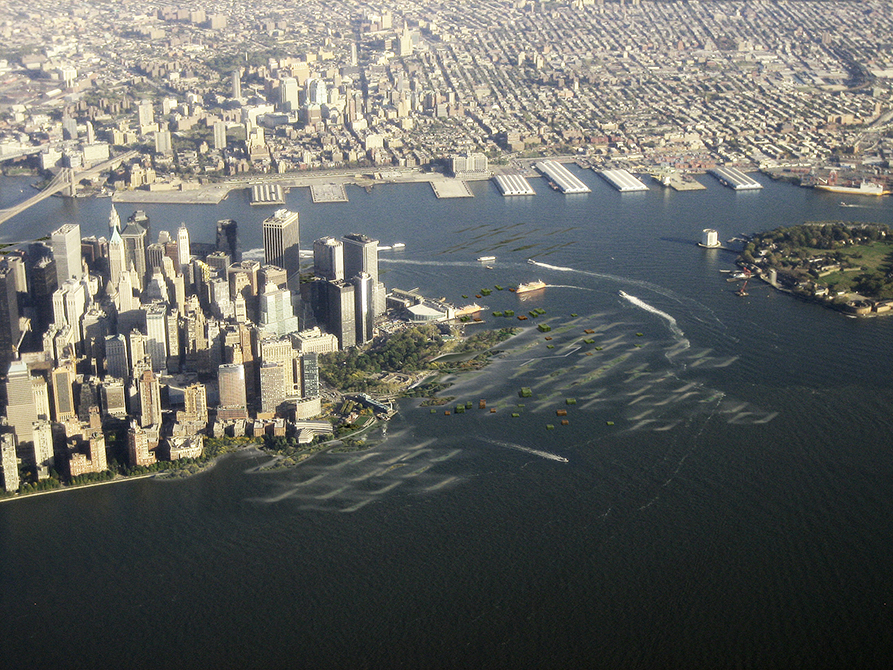 Image of lower Manhattan from On the Water | Palisade Bay

In his role as Nadine Carter Russell Chair, Nordenson will present a lecture at the LSU College of Art & Design at 5 p.m. on Monday, October 6, 2014, in the LSU Design Building Auditorium, room 103. In his lecture, Nordenson will present the work of a Rockefeller Foundation–funded project led by his research team at Princeton, including teams from Harvard University, City College, and the University of Pennsylvania, to develop “Structures of Coastal Resilience,” in collaboration with the US Army Corps of Engineers. [Read more about Nordenson’s lecture.]

Nordenson’s residency as Nadine Carter Russell Chair is integrated with an architecture and anthropology course taught by A. Hays Town Professor of Architecture Ursula Emery McClure, Vernacular Architecture and Material Culture: The LA Tectonic (ARCH 4440). Nordenson will lead a series of four intense seminars over the course of the fall semester, exploring the development of coastal resilience strategies for the New York and New Jersey region both before and after Superstorm Sandy in 2012. Students will review general strategies for the New York/New Jersey area and particular strategies for Jamaica Bay, New York, and Atlantic City, New Jersey. For a final project, students will develop a design for coastal resilience based on the principles of “dynamic performance-based design” discussed in the seminars and presented in the two examples of Jamaica Bay and Atlantic City.

“Climate change adaptation is a pressing and difficult challenge to urban design, ecological, and engineering planning theory and practice. Architects, planners, engineers, and designers have an increasingly important role to help cities, especially coastal ones, contend with climate adaptation,” Nordenson states in the course syllabus. The seminars will introduce students to three time and spatially based vectors to consider in their approach to the final project: the gradual implementation of coastal protection over time; the interplay of nature-based (islands, wetlands), engineered (levees, seawalls), and planning (elevation, zoning) features; and the change in coastal storm surge hazards with rising sea levels and changing climates.

Kiel Moe’s residency as Nadine Carter Russell Chair in spring 2015 will coincide with the theme of coastal resiliency.