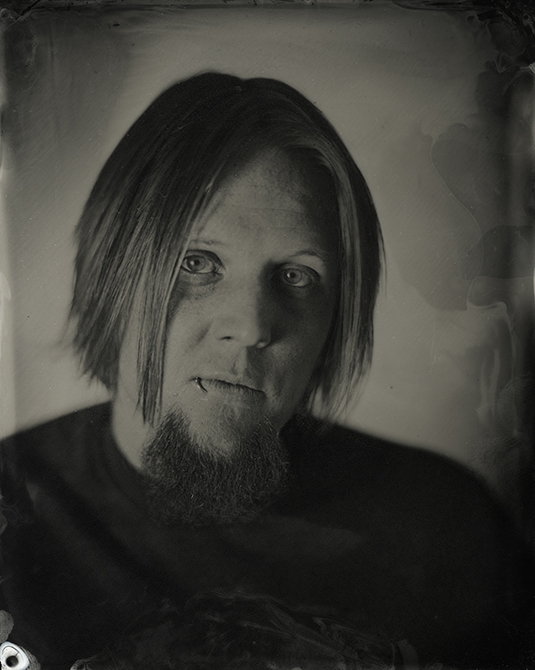 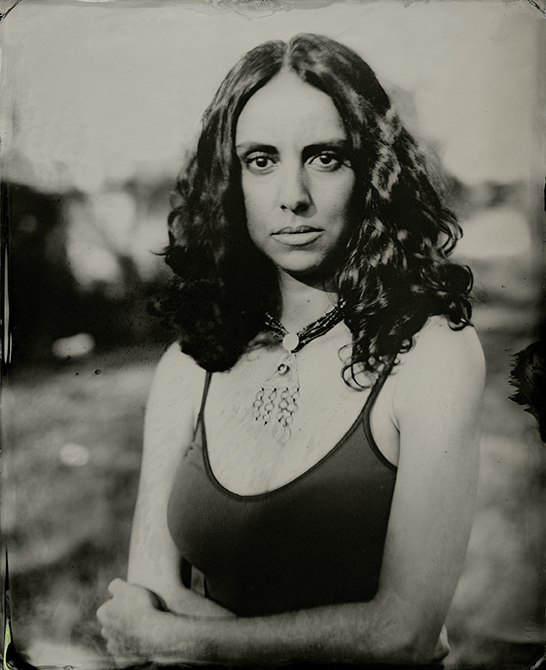 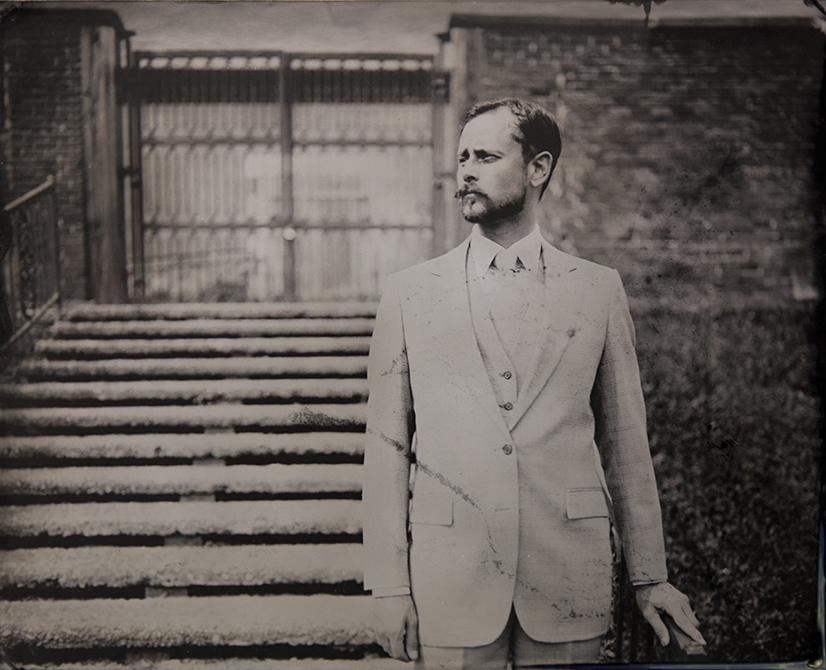 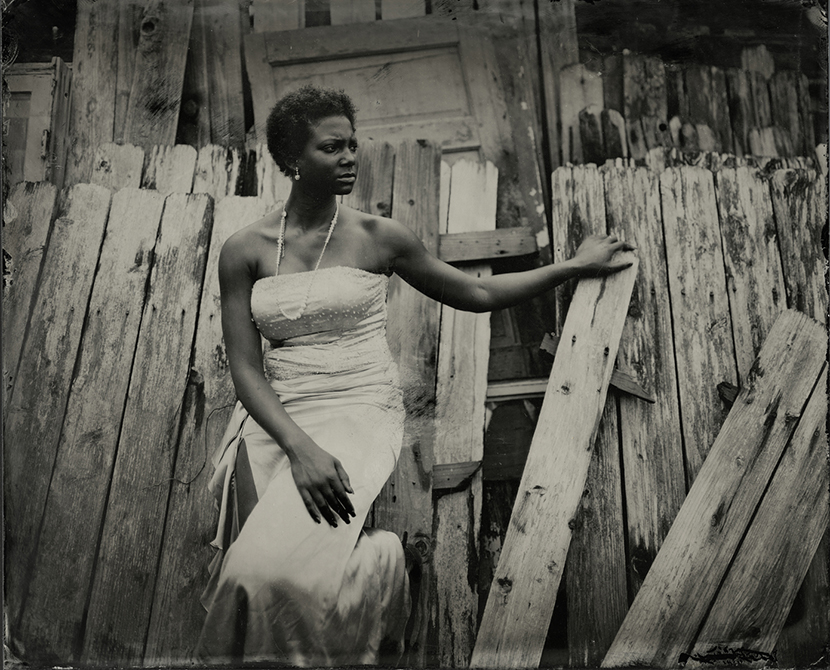 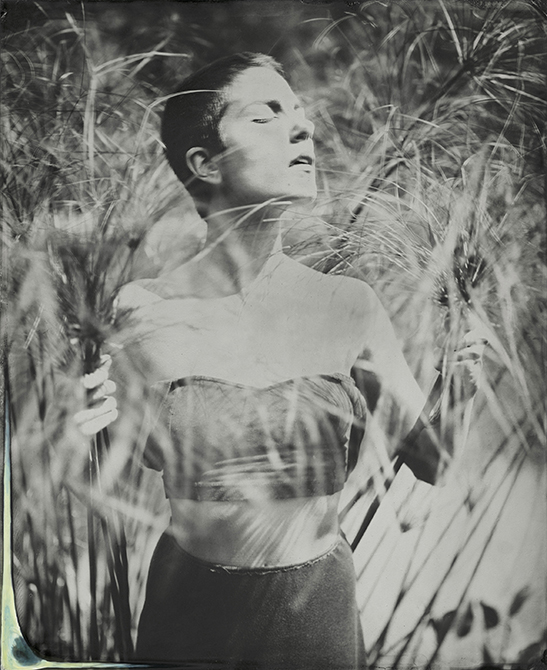 MFA student Ian Minich may have been born in the wrong time period. The photography graduate student’s captivation with tintype photographs has him reveling in a time when life did not revolve around Facebook and iPhones were not permanently attached to people’s hands. A time when a moment was taken and appreciated for what it was.

Over the past two years, Minich has explored the wet-plate collodion process, a process in which photographs are created on aluminum or glass. With no manipulation or reproduction needed, these photos require a longer exposure time than a traditional photograph. “I am fascinated by and drawn to the process because of its primitive characteristics and beautiful results,” said Minich.

Minich’s models must sit still for the long exposures and devote time to being motionless. According to Minich, this gives his images a tangible and spiritual quality. “We are so busy in this modern age. Sitting completely still and taking time from the day to reflect and contemplate a moment itself is rare,” said Minich.

Growing up in Wellington, Utah, Minich studied printmaking at the University of Arizona and received his BFA in photography from the Utah State University. He is currently specializing in 19th-century photographic processes with an emphasis on wet-plate collodion tintype processing. Minich chooses to portray disparate points in history by shooting models wearing antiquated clothing and using objects or backgrounds associated with that time period.

While at LSU, his focus has been on creating images that focus on viewers’ perceptions of time when looking at these antiquated images. “I am focused on this ability to transcend time and transport myself, models, and viewers into another decade or century simply by the details I choose to incorporate into my images,” said Minich.

He learns something new with each wet plate he creates, and that is what makes it so distinctive. “There is something unique to the wet-plate process, and it makes each image I shoot more precious than a digital image or an image captured on film,” he said. To Minich, it is about the image and the process enduring and not falling into the fast-paced cycle of technological change.

“Devices, objects, clothing, and even photographic processes become rapidly outdated as time unfolds that we must question the integrity of our contributions toward the future,” he said. The longevity of the work is important, but Minich seems to be just as entranced with the experience. “While I’m on location creating these images, I am able to construct a fantasy and enter a past reality,” said Minich.

Through his craft, he is able to travel to a simpler time and find a simple moment. Though a moment is not long, photos transcend moments, and to Minich that is what this style is all about. View Ian Minich working in this video from The Advocate (Baton Rouge): “19th Century Tintype Photography Revisted”