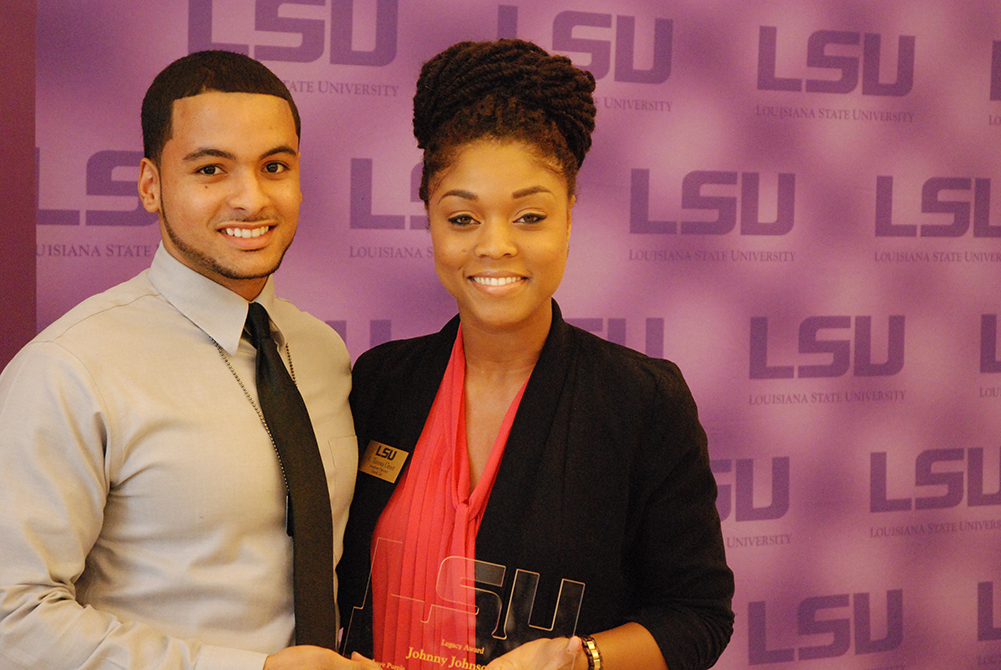 LSU School of Architecture student Johnny Johnson has been selected to the Office of the Dean of Students Tiger Twelve Class of 2014. Each spring, the Office of the Dean of Students recognizes 12 outstanding seniors who contribute positively to the life of the campus and surrounding community as the Tiger Twelve.  In keeping with LSU’s Commitment to Community, these students hold themselves to the highest standards of academic, personal, and social integrity; practice justice, equality, and compassion in human relations; and also respect the dignity of all persons and accept individual differences.

Q: Who nominated you for Tiger Twelve?

A: Teresia Greer, the assistant director of Greek Life, nominated me on behalf of LSU’s Greek Life Department.

Q: Why do you think you were nominated?

A: I am currently going into my third year serving as president of the Theta Kappa Chapter of Omega Psi Phi Fraternity, Inc. I have done a lot of work for the chapter as well as for the department and the National Panhellenic Council. Through those relationships, I believe they nominated me for the prestigious award of being one of the Tiger Twelve because of my perseverance throughout the years.

Q: How did you react when you received the news?

A: I was over-the-top ecstatic when I learned that I had become a Tiger Twelve because I feel that it is the perfect way to represent the entirety of my time here at LSU. I identify with the principles of the university’s Commitment to Community and appreciate that such recognition exists.

Q: What are your plans after graduation?

A: I plan on working in the Baton Rouge area for about a year before I move to wherever my working opportunities may take me.

Q: Do you have any advice for other LSU students?

A: I’d like to thank the Theta Kappa Chapter for all that it has taught and instilled in me, and I encourage anyone new to the campus to make the most of and appreciate their time at LSU because it doesn’t last forever.

The members of the Tiger Twelve Class of 2014 will be introduced at the LSU baseball game on Wednesday, April 2, before the Tigers take on McNeese State at 6:30 p.m. in Alex Box Stadium. They will also be recognized at a reception held on Saturday, April 26, 2014, at 2 p.m. in the Business Education Complex Rotunda.