Abouchacra won The Helis Foundation Art Prize for Best in Show for Material as Rediscovered Memory I, Intaglio. The piece is an intaglio print directly pulled from her mother’s cutting board. 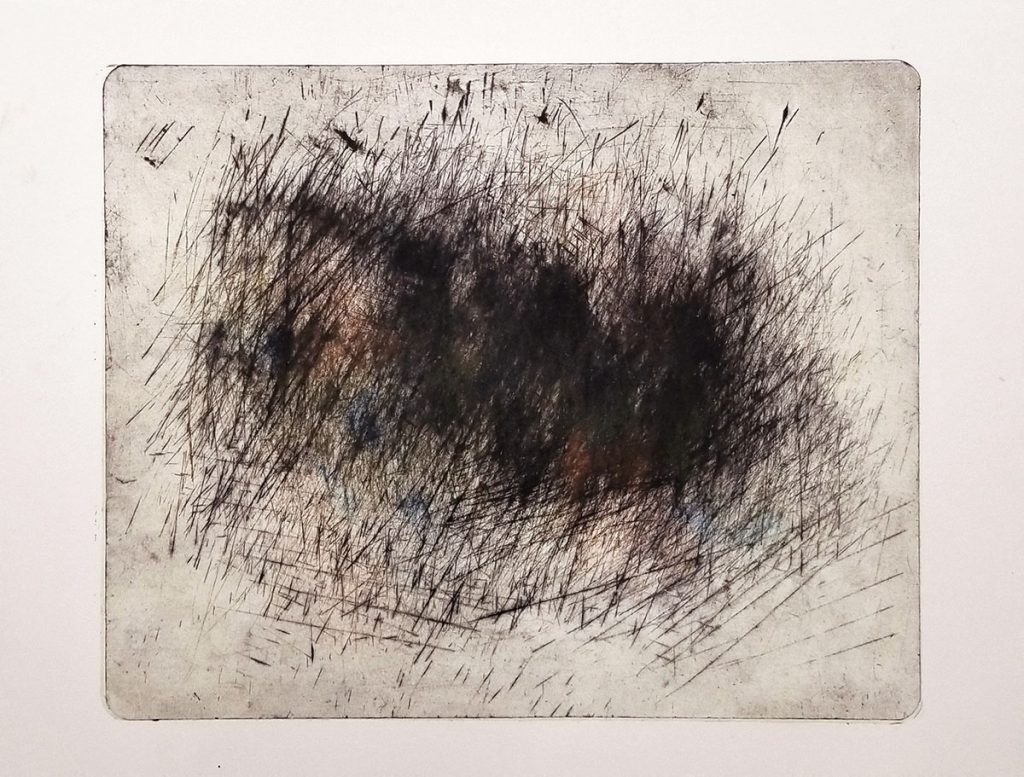 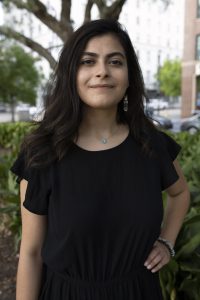 “Even though my memory of my late mother is fading with every passing moment, the cutting board remembers her strokes and movements – as if it was just yesterday. While making these prints, I felt like an archaeologist would, excavating my mother’s artifacts, i.e., her cutting boards, discovering information which they have always held, revealing themselves to me only through artistic means,” she said.

“Here, my mother, Amal, is portrayed in the line work from her using a knife to prepare food for my family and me. Although she never intended for her hand to be highlighted in her arbitrary knife usage on a cutting board meant only for kitchen work, the subsequent print acts as a collaboration between me and her. Artworks like this act as a reminder that material holds memory, and what I found in them was a rediscovered memory. One that had gone unnoticed until seen in a new light with art-making; creating a transformed relationship with my mother.”

This statewide, juried exhibition promotes the contemporary art practices in the state of Louisiana, provides an exhibition space for the exposition of living artists’ work and engages a contemporary audience that recognizes the vibrant visual arts culture of Louisiana and the role of New Orleans as a rising, international art center.

This year’s guest juror, Hallie Ringle, Hugh Kaul Curator of Contemporary Art at the Birmingham Museum of Art, has selected 51 works by 39 artists. 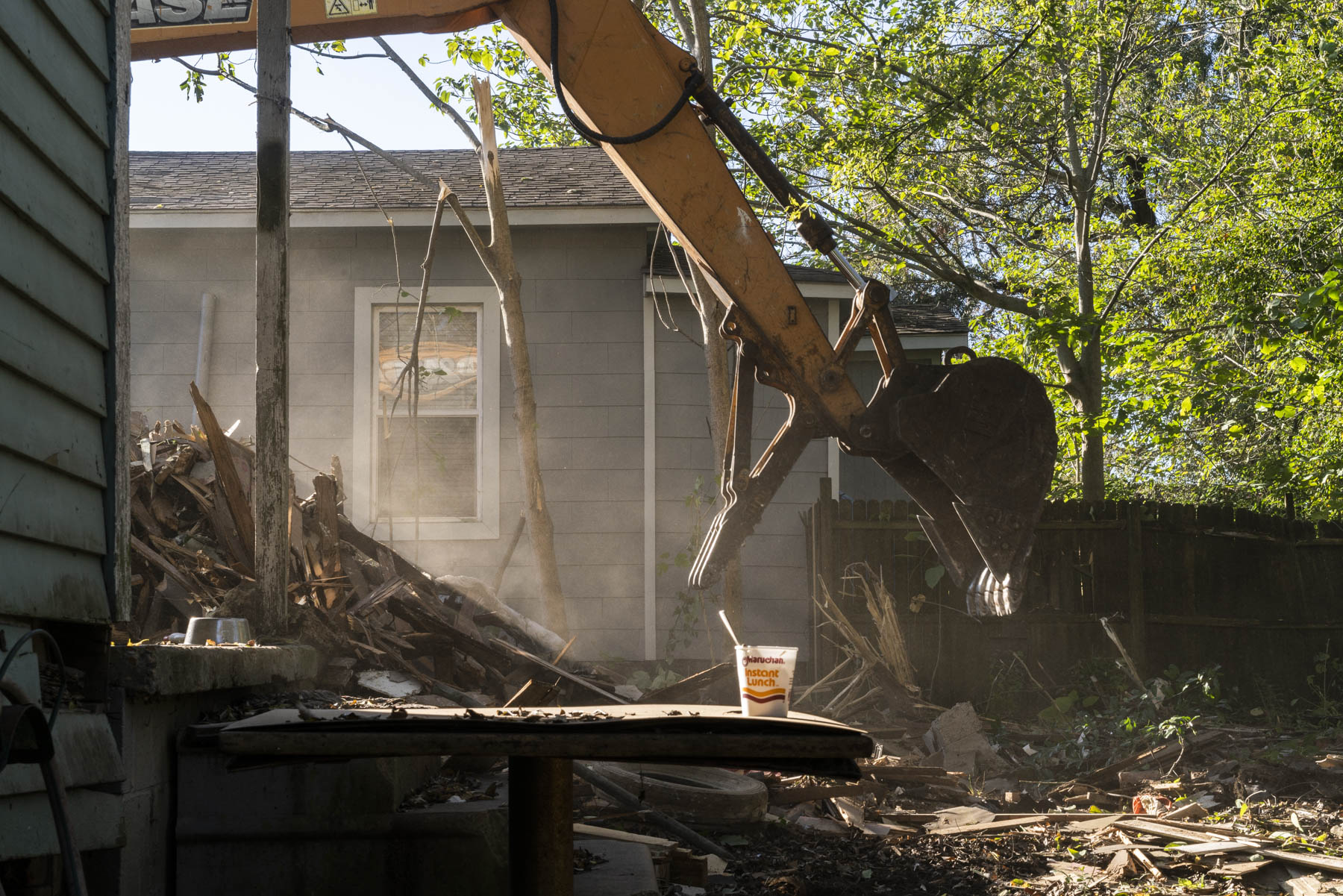 828 Eddie Robinson Sr Drive from the series The Bottom by Johanna Warwick, 2021.

The Bottom is a series of photographs that are an investigation of the historic neighborhood Old South Baton Rouge in Louisiana. The elevated interstate is the framework for this series. Warwick photographs the physicality of the highway, using it as a shadow over this place. 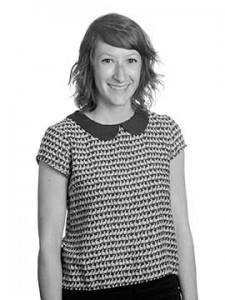 “I am looking closely at how it was built through this formerly segregated, low-income neighborhood,” Warwick said. “This is the neighborhood I live in, and I am photographing the landscape, residents and historical documents to look at how the past has shaped this area. While examining this history, I am documenting the future, as the highway is currently being expanded, with another series of homes and businesses scheduled to be razed.”

Originally, this area was the Magnolia Mound Plantation. It was sold and divided into small shotgun lots in the early 1900s, by design creating a low-income neighborhood. It was a thriving and self-sustained neighborhood during segregation in the 1950s. It was desegregation and the building of the I-10 highway that drove the area to near collapse in the 1960s. The title The Bottom references a name given to the community because it sits below a fault line and is prone to flooding, a name that refers to the poverty of the area, and a name that references it sitting in the shadows of the elevated highway.

“I photograph city plans and maps juxtaposed with torn down houses and my neighbors to create a portrait of this community,” she said. “I recognize that histories are often told from the person with the most power and I understand my privilege in making these photographs. I work closely with my neighbors photographing repeatedly and collaboratively to carefully negotiate my responsibility in how I am representing them. I hope the deteriorating infrastructure and highway can speak to the history of segregation while I strive for the portraits to show the happiness, anger, love and sadness of the residents.”

“I want to photographs that show the complexities of both people and place, and my experience living here. There is little visual history that exists for this area despite its historic importance during the civil rights era. I photograph to make a record that can hopefully draw a connection between past decisions and current consequences.

Warwick has been working on this project for the past 3 years, and will continue to do so indefinitely to document ongoing neighborhood changes and the current expansion of the highway to make a long-term record. A greater expansion of this work will be to research and photograph the 104 cities included in the 1955 government document, The Yellow Book, which detailed the then proposed Interstate Highway System.

“I want the greater community to understand why this area is low-income, and that is it not the people that bring down a place, but a place that was designed by systemic racism,” she said. “This story is not unique to Old South Baton Rouge, but occurred in low-income neighborhoods across the entire country.” 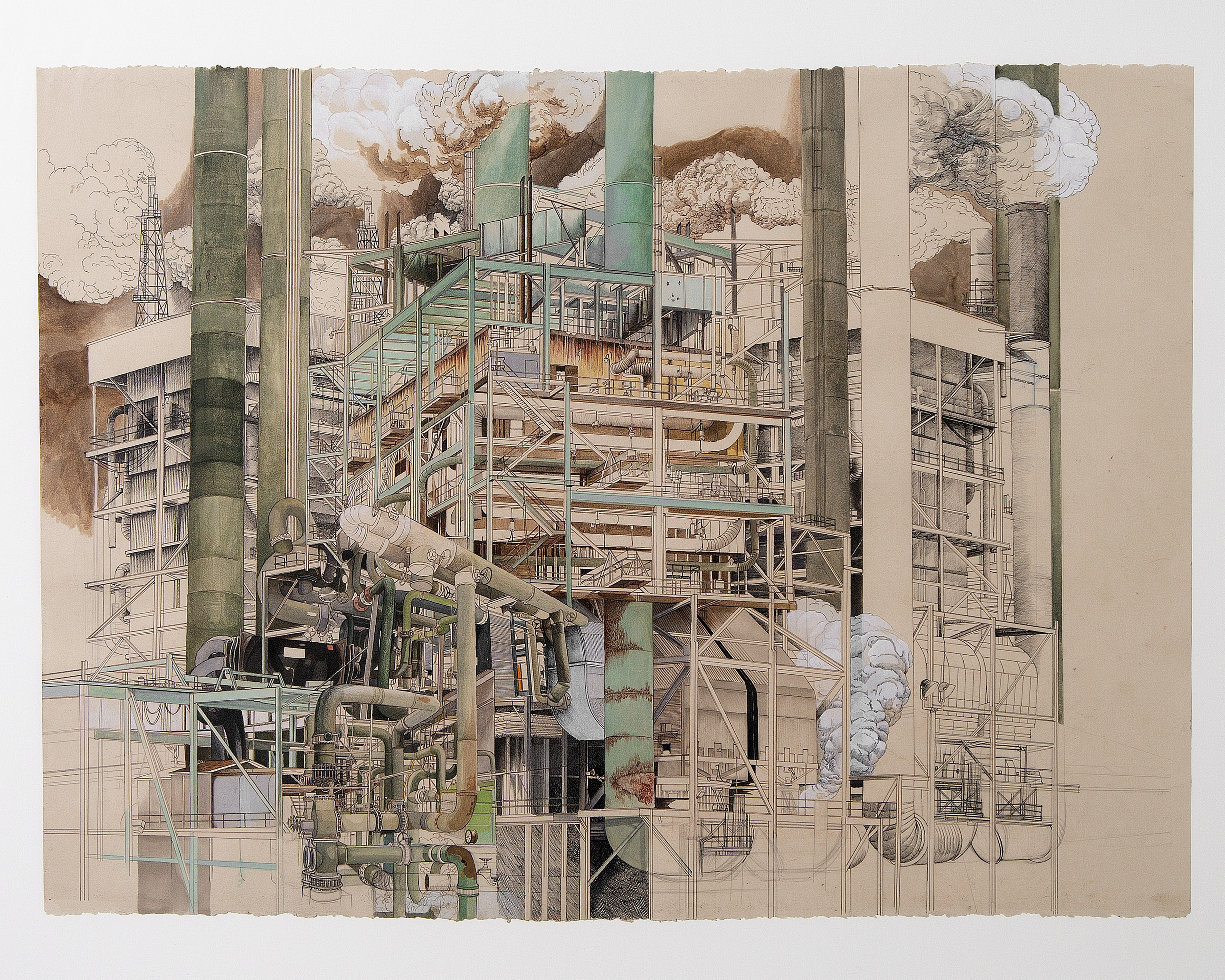 The Pillars of St. Gabriel is an architectural fantasy drawing inspired by the intricate utilitarian architecture of Louisiana’s industrial corridor (colloquially known as “Cancer Alley”) Michael Whitehead said. “In the drawing, I compiled diverse machine components I’ve encountered throughout St. Gabriel parish’s industrial tracts to create new, monumental ‘Power Structures.’ My process is compelled by discovering elements of the sublime and the surreal in the grotesque forms of petrochemical plants and power stations,” Whitehead said.

“For me, the coal blackened and rusted industrial sites of Cancer Alley become foreboding cathedrals when Louisiana’s vibrant evening sunlight cascades through the veils of vapor which emit from their gas turbine exhaust- stack steeples. I find a profound, disquieting, beauty in these grotesque monuments to American labor, and power.  The composite architectural forms of The Pillars of St. Gabriel and other drawings in my Power Structures series, are rendered with the reverence that Piranesi paid to his architectural fantasies of Roman ruins. The drawing features a combination of dense hatching, precise miniscule detail, sweeping gestural line and warm tonal washes, which is intended to echo the grand, dramatic aesthetic of Piranesi’s drawings.”

“It is my hope that this series of drawings will inspire a cautious appreciation for the beautiful form of an infinitely expanding, deeply complex industrial landscape, while drawing attention to the dystopian absurdity of Cancer Alley very existence. The massive machines of Louisiana’s industrial corridor fuel the growth and progress of the state, while simultaneously jeopardizing its future through the environmental and human costs of this industrial prosperity. Each year Louisiana gains approximately $73 billion in economic activity from the energy sector and loses an average of 32 square miles of land to rising water levels.

“I hope this body of work will inspire viewers to reflect on their relationship to industry and conduct their own explorations of the Cancer Alley, allowing it to affect them in the way it has affected me.”