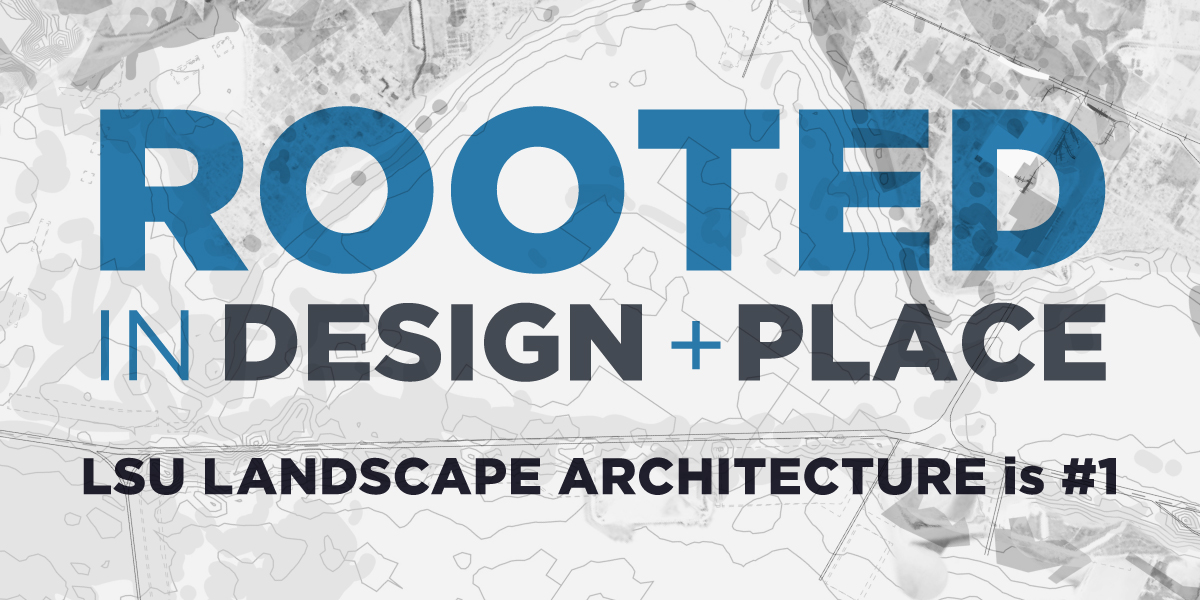 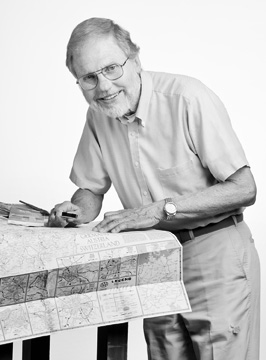 Professor Max Conrad was named one of DesignIntelligence’s 25 Most Admired Educators for 2016-17.

In addition, Professor Max Conrad, who is celebrating his 50th year teaching at LSU in 2016, was named one of DesignIntelligence’s 25 Most Admired Educators for 2016–17. “[Conrad] has received many nominating letters as possessing traits that others will admire for the next 50 years including impromptu speaking, a highly cooperative style, personal magnetism, impeccable honesty, and an overall winning professional demeanor,” (DesignIntelligence, issue Q3 2016).

“I’m pleased that our rankings remain strong,” commented Mark Boyer, director of the LSU Robert Reich School of Landscape Architecture. “As I’ve told current and prospective students, regardless of what the number is, the fact that you can tell a prospective employer that you have a landscape architecture degree from LSU is what matters. The number of awards our alumni, students, and faculty are receiving this year is a testament to that truth.”

DesignIntelligence’s research ranks undergraduate and graduate programs from the perspective of leading practitioners. A total of 2,920 hiring professionals from 2,218 professional practice organizations participated in the research and were asked to rank the accredited schools best preparing students for success in the profession and designing a sustainable future. Firms are queried about additional issues, as well, such as how programs rate in teaching various skills, such as communication, computer applications, construction methods and materials, design, planning, research, cross-disciplinary teamwork, sustainable design practices and principles, and theory.

Surveys for “America’s Best Architecture & Design Schools” are conducted annually by DesignIntelligence on behalf of the Design Futures Council. The research ranks undergraduate and graduate programs from the perspective of leading practitioners. Survey participants are professionals in architecture, industrial design, interior design, and landscape architecture, drawn from the Greenway Group database of leading firms throughout the United States.

Visit di.net to for a complete list of design school rankings.