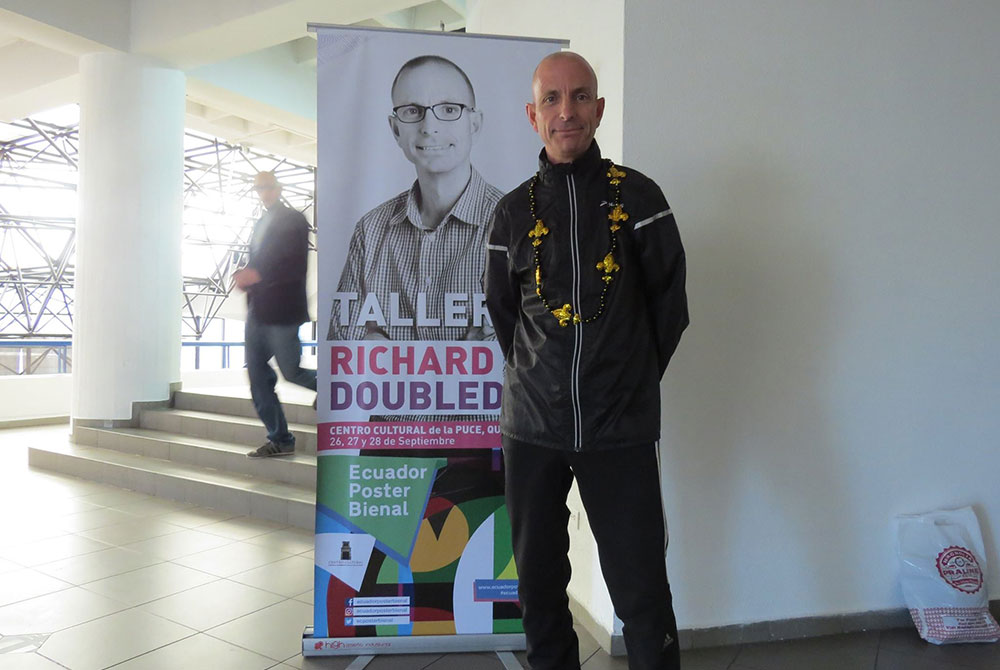 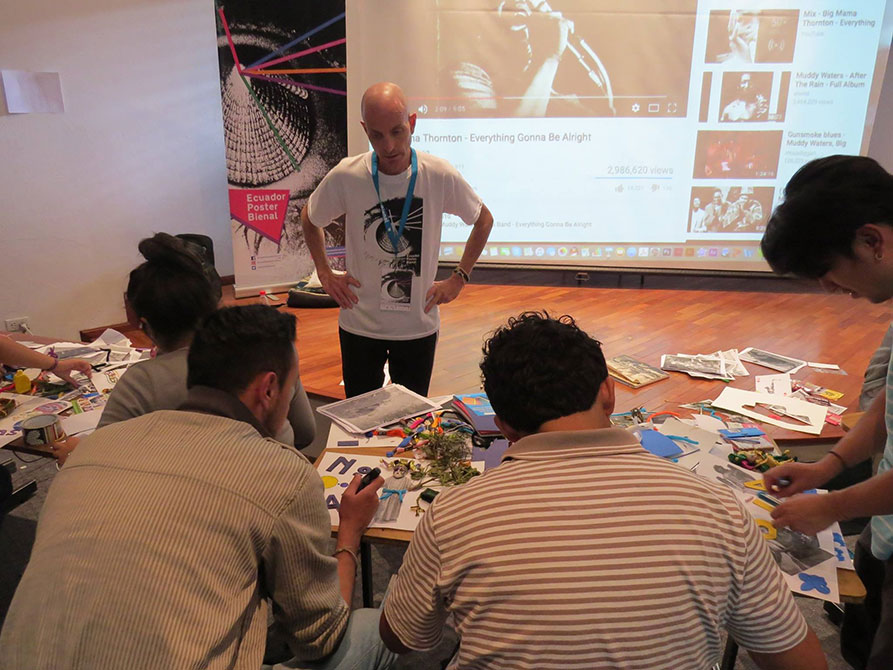 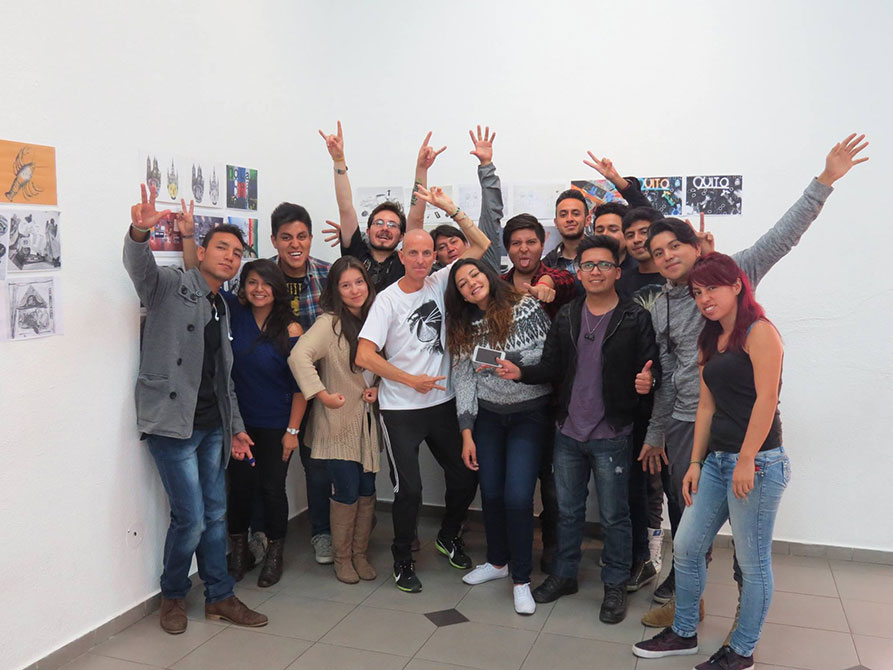 Posters designed by Richard Doubleday, associate professor of graphic design at the LSU School of Art, are currently on exhibit in solo shows in Jackson Mississippi and Mérida, Venezuela, and in a juried exhibition in Quito, Ecuador, where he is also leading a workshop.

His solo exhibition, A Universal Language of Vision, is on display at Jackson State University’s Johnson Hall Gallery, September 22–December 1, 2016, and will travel to the Congreso Internacional de Diseño Gráfico SIGNO in Mérida, Venezuala, November 2–December 1, 2016. Accompanying Doubleday’s posters in these exhibitions is an essay by the design and decorative arts historian Dr. Graham Twemlow, who discusses Doubleday’s work. Translations of the essay are displayed in English, Spanish, and Mandarin. (The English version of the essay is provided below). Doubleday gave a gallery talk at Jackson State University about his work as a poster designer and international educator. He frequently leads graphic design workshops around the world, most recently in China, Ecuador, and Mexico. 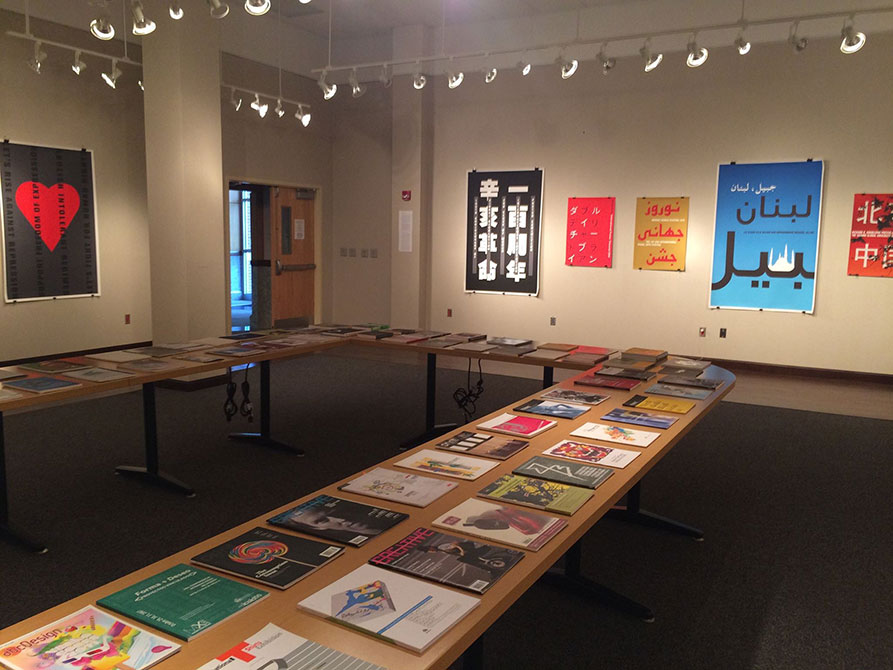 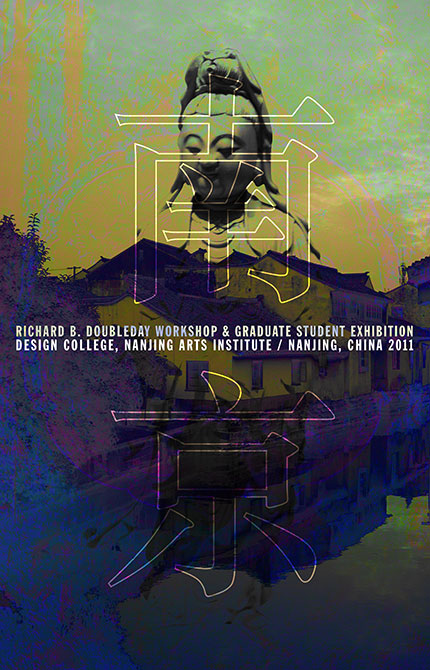 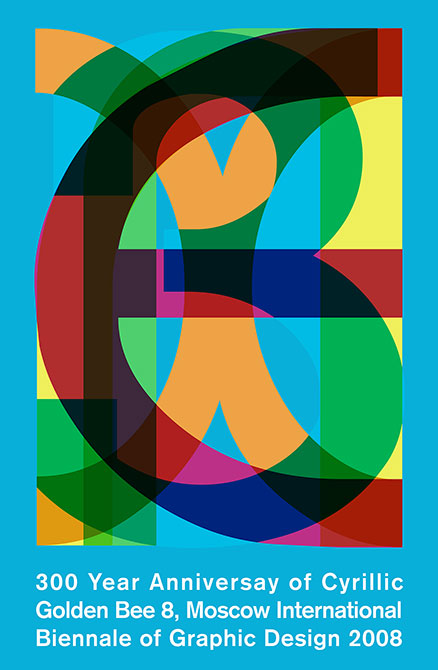 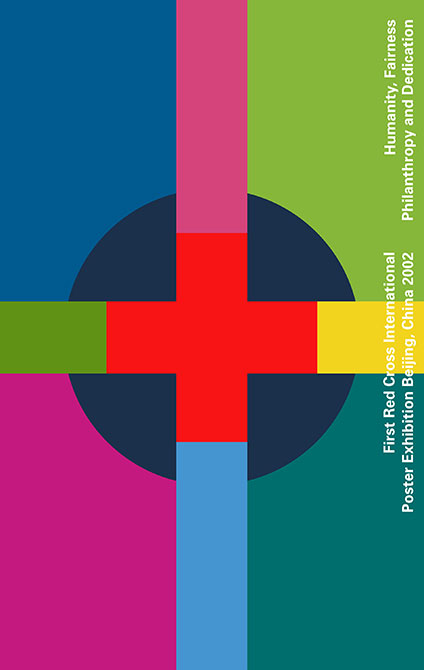 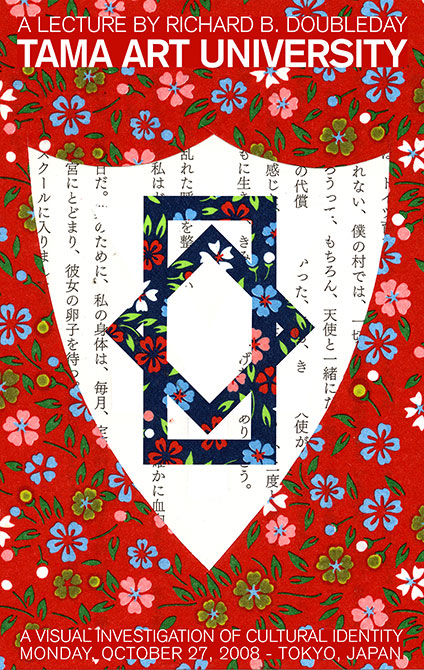 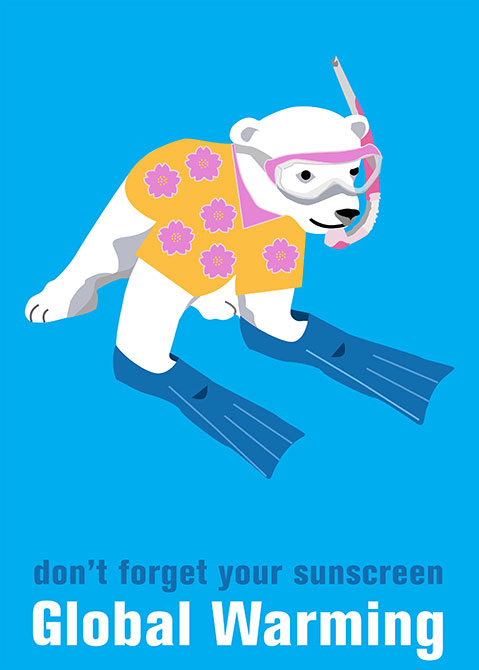 Doubleday’s posters were also included in the Ecuador Poster Bienal in Quito, Ecuador, in late September 2016. While in Quito, he also led a three-day workshop at the Centro Cultural de la Pontifica Universidad Católica del Ecuador.

Richard B. Doubleday Posters: A Universal Language of Vision by Dr. Graham Twemlow

It is generally accepted that the pictorial lithographic poster – one that incorporated text and image – was conceived by the French artist and lithographer Jules Chéret almost 150 years ago. One critic of the time suggested that Chéret was “an innovator. In creating the art poster he conquered new territory for art”.  Since that time the contemporary poster has existed in many manifestations, from the highly ornamental fin de siècle posters of Alphonse Mucha, the Sachplakat (object poster) of the Berlin-based poster artists, the minimalistic works of the Bauhaus teachers and the photomontage creations of the Russian Constructivist designers. In today’s society, however, the traditional function of a printed poster has been sidelined by other methods of promoting a service or activity. For example there is no real need for a movie poster – the public learns of a film’s existence through a variety of media sources such as newspapers, magazines, television and online reviews and blogs. Richard B. Doubleday is one of a growing pantheon of contemporary graphic designers who aims to keep the poster alive. No longer reliant on lithography for expensive print editions, he embraces today’s technology by producing small print-runs via digital inkjet printing. As one commentator has previously stated Doubleday’s method is eclectic with no singular style dominating his design output and, although his passion for design history permeates his work he is careful to avoid mere pastiche. Indeed his works are modernist in concept, with a preference for a condensed sans serif Akzidenz Grotesk typeface, carefully constructed and positioned, ensuring clarity of communication. Hints of the ordered Swiss Style of graphic design with its pared down simplicity and use of overprinting can be identified in his work. Doubleday’s beautifully crafted poster for the ‘300 Year Anniversary of Cyrillic’ exhibition clearly is an homage to one of the Swiss School’s leading exponents, Max Huber, and the dynamics of the spatial layout for the ’First Red Cross International Poster Exhibition’ (held in Beijing in 2002) poster is redolent of the noted Swiss graphic designer and teacher Josef Müller-Brockmann – but with all the added colour to be found in the work of the Swiss graphic design studio Odermatt & Tissi. But it is combining a photographic image or images (his own photographs) with colour and text that Doubleday turns to most frequently as a means of communicating a visual message. Many of his posters are vehicles to publicize the numerous exhibitions and workshops that he stages at different academic institutes around the world – in countries such as Mexico, Hong Kong and China. In these experimental works he often begins with an image of a cultural icon (a sculpture of an Emperor, a Buddha, or a Philosopher), then layers the rectangular space of the poster with texture and colour, adding carefully placed text, often set in a distinctive sans serif typeface, thereby positioning the historical references in a contemporary context.  His 2010 workshop and exhibition poster for the School of Design at the Nanjing Arts Institute, China, is a good example of this technique. Doubleday’s photograph of the charming Jiangsu Province waterway is combined with a Chinese figurine, saturated with rich atmospheric colours and overprinted with the Chinese characters for ‘Nanjing’.  The use of computer technology, too, is combined with the hand-made. In Doubleday’s poster for a lecture he gave at Tokyo’s Tama Art University in 2008, titled ‘A Visual Investigation of Cultural Identity’, he explained that it “was executed with origami hand-made paper and cut into shapes using an X-Acto knife and collaged. Later it was scanned into the computer to compose the typography”. Illustration also features in his work. His entry for the 2009 Good 50 x 70 social communication poster contest, fulfilling the ‘Climate Change’ brief, features an appealing drawing of a young polar bear evidently feeling the effects of the ‘global warming’ expressed in the poster’s title. In this instance a slight nod towards the work of the French graphic artists Raymond Savignac or Bernard Villemot might be detected.

In his seminal 1944 work Language of Vision the painter, designer, photographer, educator, and writer Gyorgy Kepes states that “visual communication is universal and international: it knows no limits of tongue, vocabulary, or grammar…” This is exactly what Doubleday achieves with his poster designs. Whatever country, event, or cause Doubleday is depicting the visual message is ‘universal and international’.  He recognises that, as Kepes asserts, “visual language can convey facts and ideas in a wider and deeper range than almost any other means of communication”. Doubleday accomplishes this by embracing the culture of a specific country yet interpreting it in a contemporary form. Josef Müller-Brockmann once stated that all design has political overtones. In his view it might represent conservative views, or show humanist tendencies, or demonstrate a socially oriented bias. Doubleday’s work veers towards the socially related and humanist side of the political spectrum. In his hands the poster is alive and well.