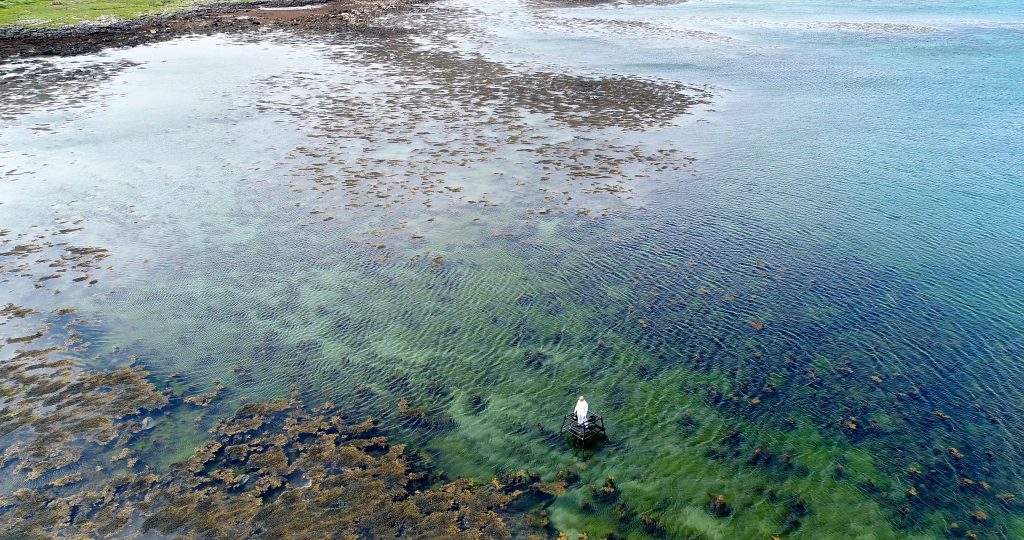 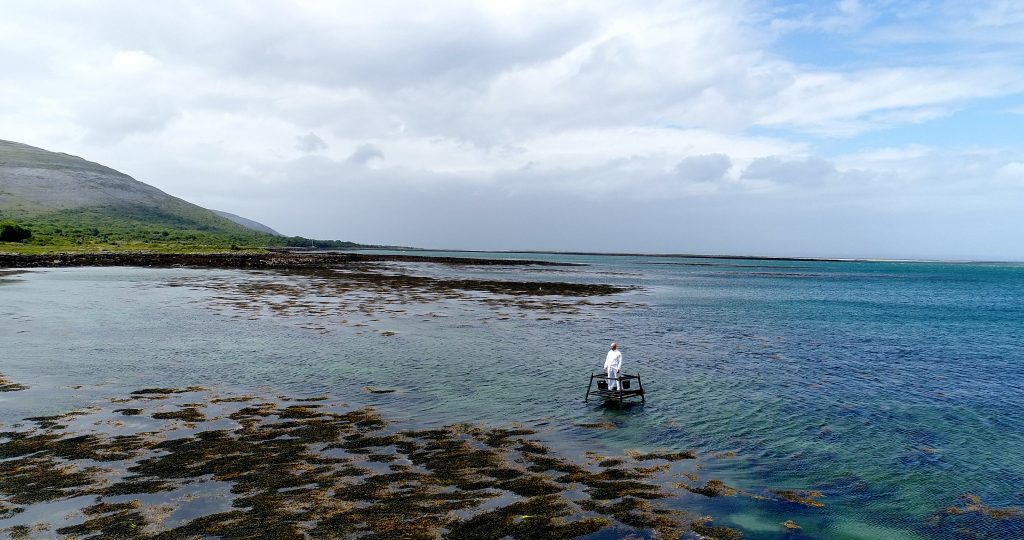 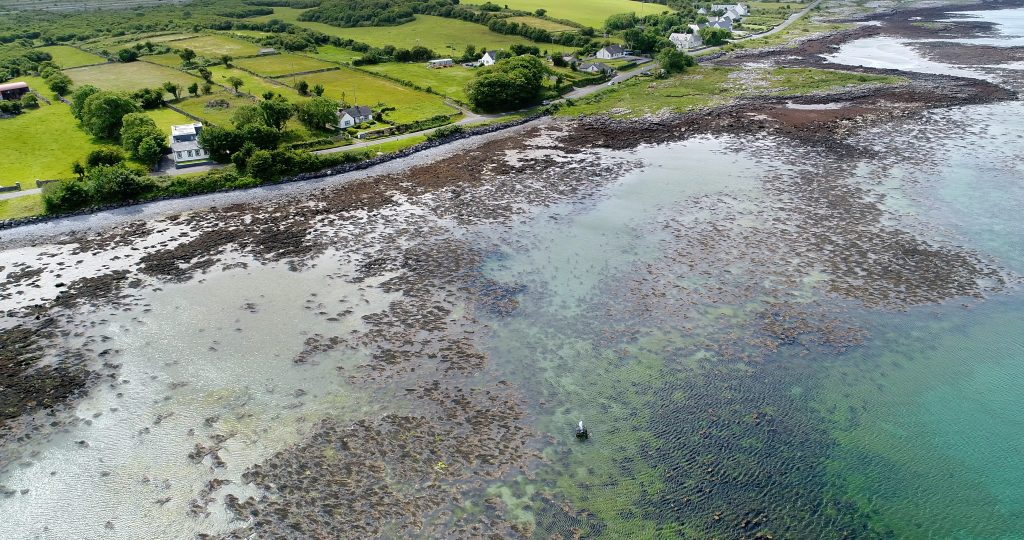 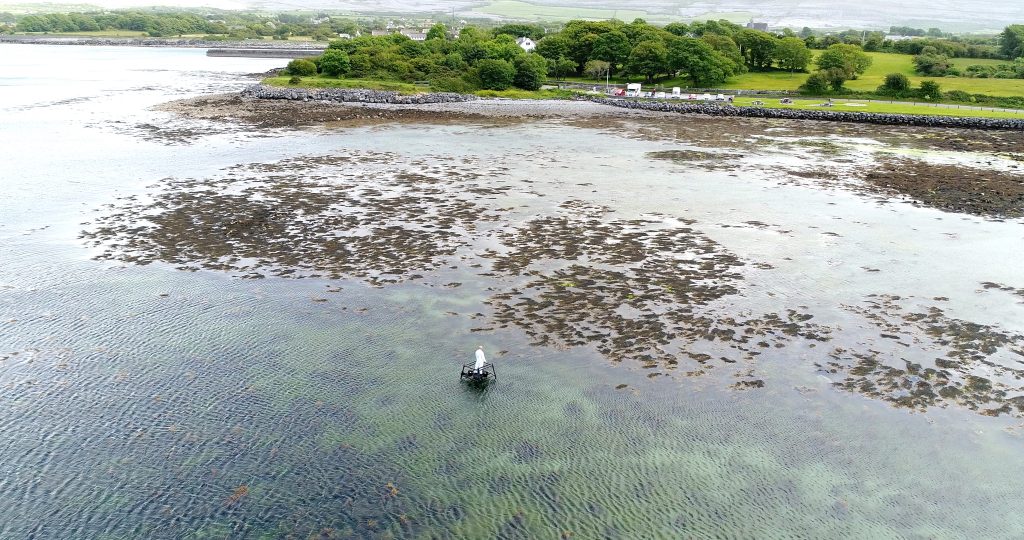 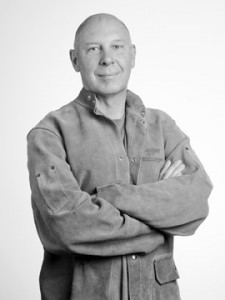 Art professor Malcolm McClay’s exhibition Swimming to Inishkeel, which debuted in Donegal, Ireland in early 2018, opened at the LSU Museum of Art in Baton Rouge November 1. Swimming to Inishkeel is a body of work that consists of the static and kinetic sculpture, photography, film and performance. The exhibition features video installations of McClay’s performance art, conducted in the tides between the island of Inishkeel and the coast of Ireland, and presents recent multi-media and sculptural work.

Swimming to Inishkeel presents recent multi-media, sculptural, and performance work by Professor McClay. While McClay’s earlier work engaged the political and the external, this body of work turns sharply inward to the spiritual and meditative. His most recent durational performance Chasing the Invisible meditates on his daily swims to Inishkeel, an island off the coast of Donegal, Ireland. While there, McClay swims two hundred fifty meters from the shore to the island of Inishkeel and back each day. Through these durational, rhythmic exertions, McClay finds focus—the “thin space.” 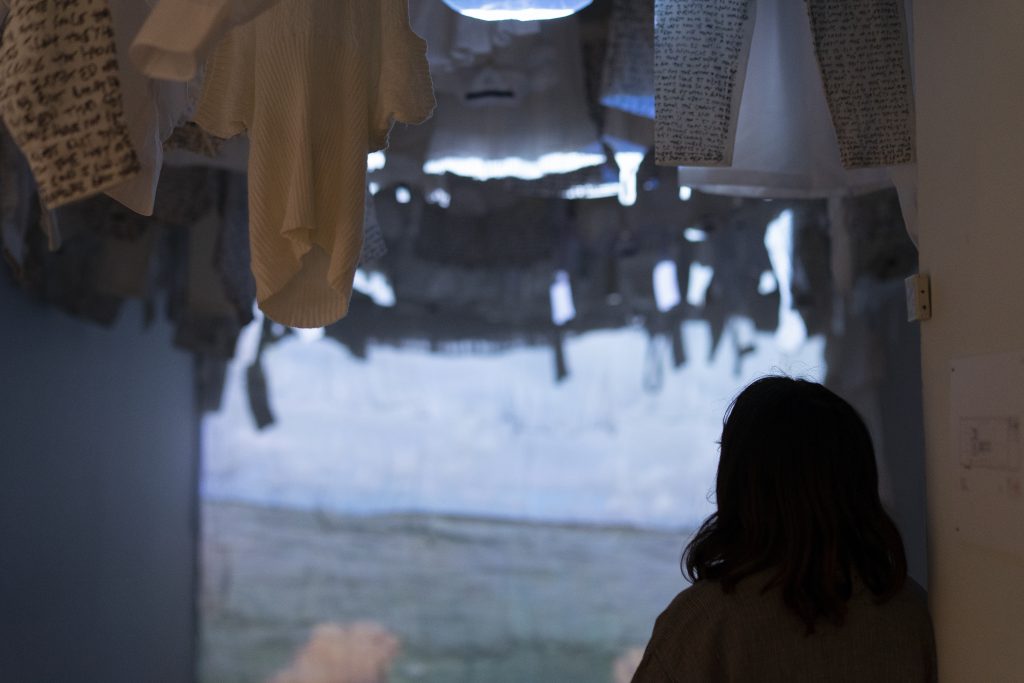 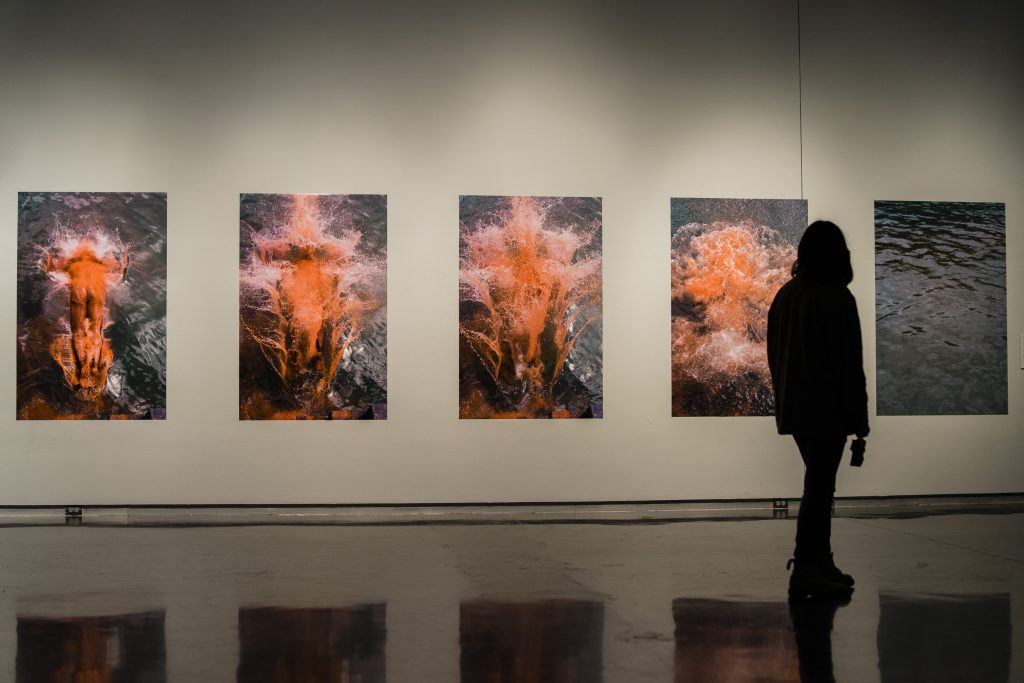 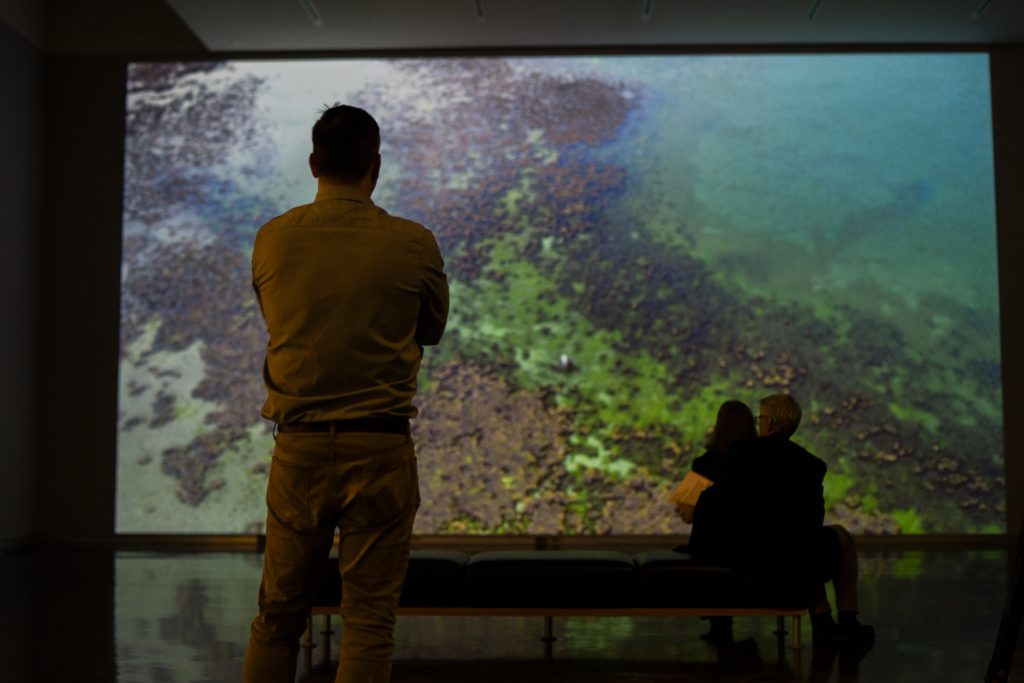 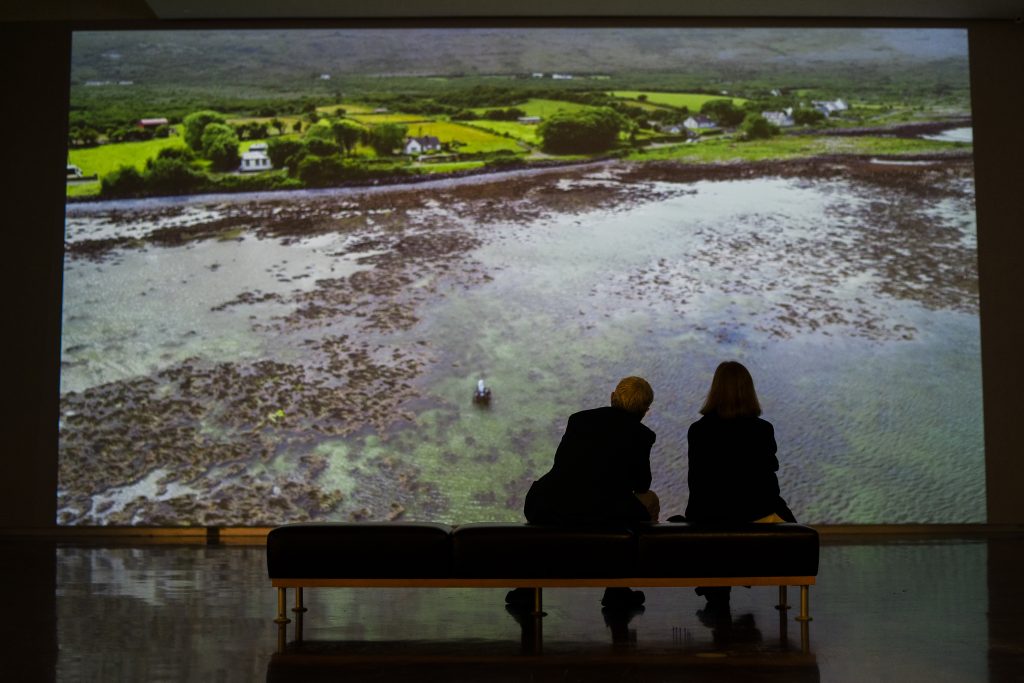 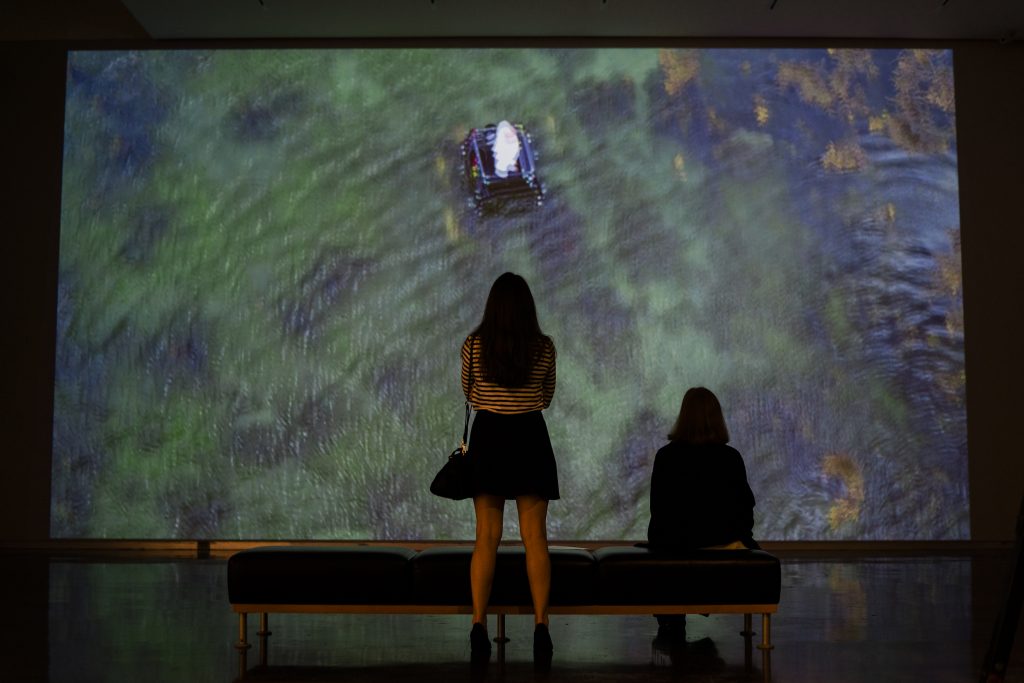 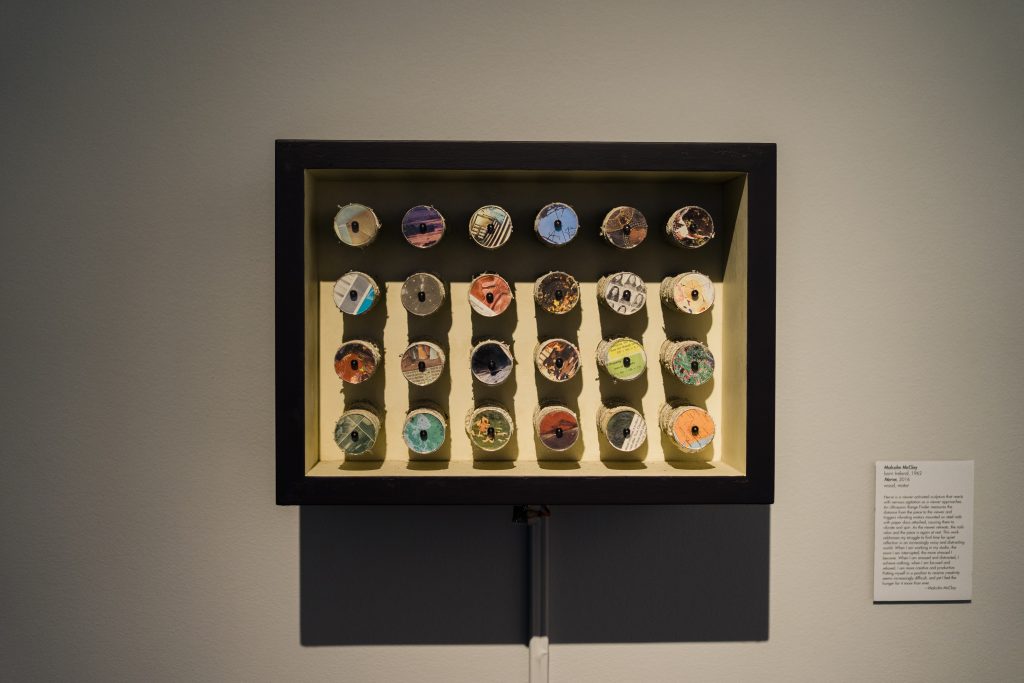 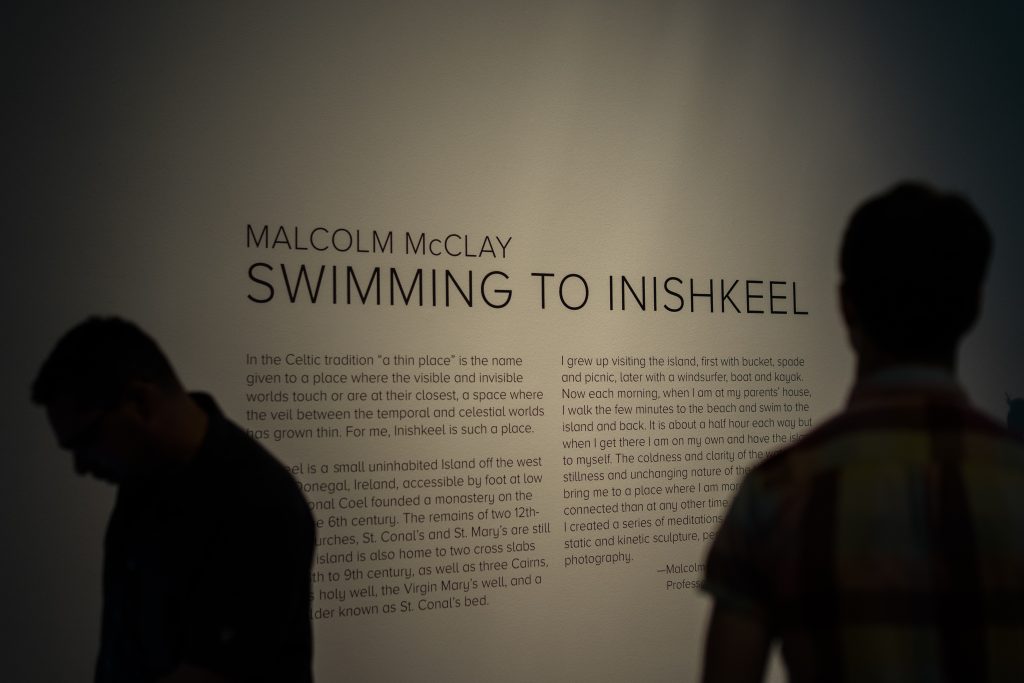 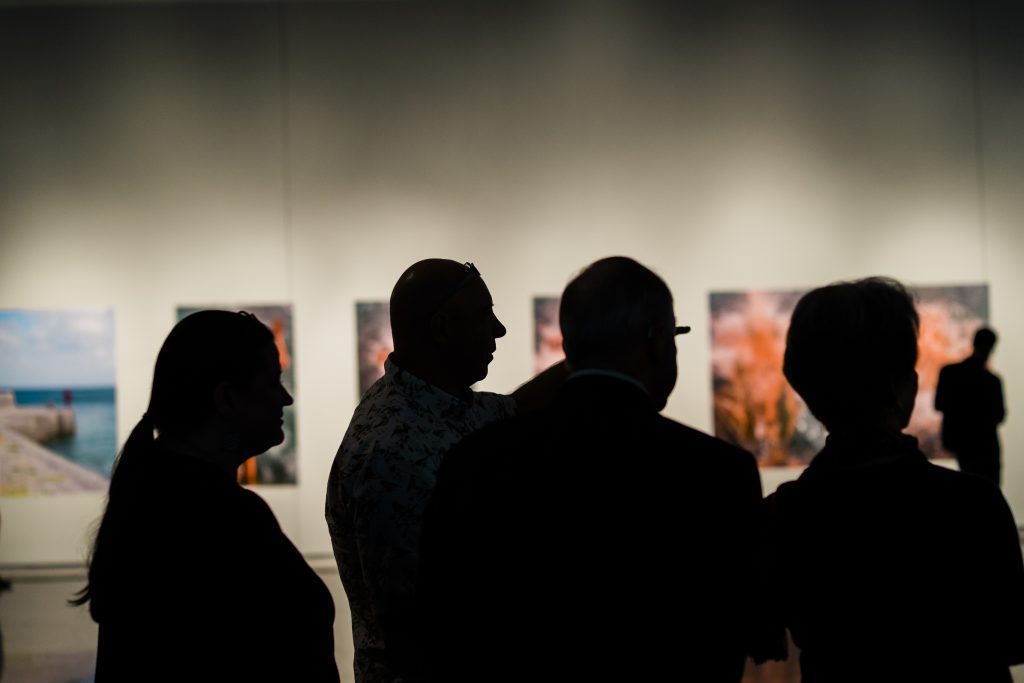 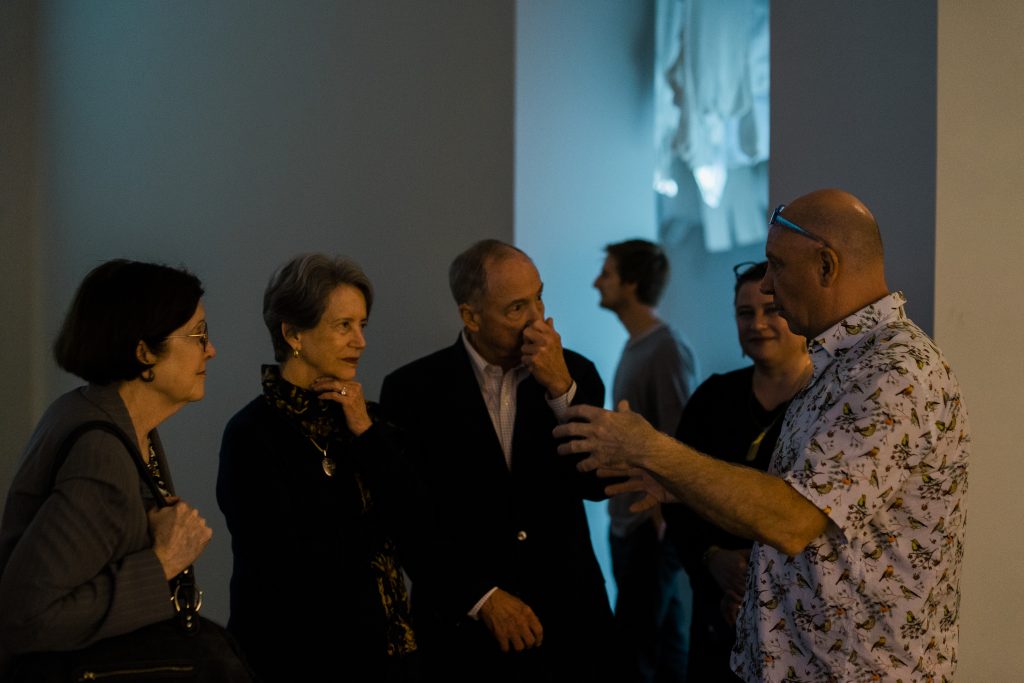 “In the Celtic tradition a thin place is the name given to a place where the visible and invisible worlds touch or are at their closest, a space where the veil between the temporal and celestial worlds has grown thin,” McClay shared. “For me, Inishkeel is such a place…The coldness and clarity of the water, the stillness and unchanging nature of the landscape bring me to a place where I am more alive and connected than at any other time.”

Since arriving at LSU’s School of Art in 2003, McClay has become a dedicated member of the artistic community at LSU and in New Orleans, where he is a founding member of the artist-run Good Children Gallery. His artistic and teaching practice ranges across sculpture, installation, and performance and demonstrates a strong commitment to community organizing and equal commitment to teaching, which manifests most fully in his immersive Art in Ireland Summer Program for LSU School of Art students.

This exhibition is a collaboration between the LSU School of Art and the Regional Cultural Centre, Letterkenny, where it was on view January–March, 2018.

Born in Derry, Northern Ireland, and raised in Donegal, Ireland, Malcolm McClay studied at the University of Ulster in Belfast, where he received a BA with honors in three-dimensional design. He earned an MA in sculpture from New Mexico State University and an MFA in sculpture and performance from Ohio State University. There he co-founded the performance company Crisus. For the next 10 years at Crisus, he wrote, produced, and toured large-scale multimedia performances throughout the US and abroad. In 1999, McClay moved away from performance to concentrate on interactive installation and kinetic sculpture. He moved from San Francisco to Louisiana in 2002 and joined the faculty of the LSU School of Art in the fall of 2003. McClay typically spends 10 months of the year in the US and two months in Ireland, and he regularly exhibits and curates throughout the US and Europe. In 2013, McClay returned to performance with Ekstasis, a 36-hour performance at Good Children Gallery in New Orleans, where he is a founding member.