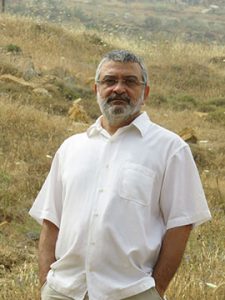 Former Iowa State University Professor Marwan Ghandour has been named the new director of the LSU School of Architecture.

“I am thrilled to move to Louisiana, a region that was crucial to the historical development of North America,” stated Ghandour. “The College of Art & Design offers great opportunities to investigate this important geographic confluence of waterways, coast, and the diverse communities that settled the watershed that fans from this confluence. I am enthusiastic to work with the architecture faculty and students of LSU to develop original, impactful knowledge on the relationship between building, urban settlement patterns, and social dynamics inspired by the spatial conditions of Louisiana but with far-reaching global applications.”

Ghandour joins the School of Architecture as director and tenured professor. He received a Bachelor of Architecture from the American University of Beirut and a Master of Science in Building Design and Architecture from Columbia University. Previous to his appointment at LSU, he was a professor of architecture at Iowa State University, where he directed the Urban Design and Sustainable Environments interdisciplinary graduate programs and taught multidisciplinary theory seminars and integrated urban and architecture design studios. His extensive administrative background includes his appointment as ISU College of Design’s associate dean for academic programs (2010–14), director of graduate education (2007–10), and associate chair for academic practices in architecture (2005–07). Prior to his years at Iowa State, he was a visiting professor of architecture and senior lecturer at the American University of Beirut.

In addition to teaching, Ghandour is a partner in the Beirut-based architectural firm Bawader Architects, with a practice in institutional architecture and urban design projects in Lebanon. His research and practice include collaborations with landscape architects, planners, graphic designers, and transportation engineers. He has authored several academic projects, including comparative urban regeneration strategies in the global south (Beirut, Lebanon; Lima, Peru; and Kigali, Rwanda); the expansive space of the modern state and its urban management tools (American Midwest and Latin America); and design at the geo-communal scale where ecology, urbanization, infrastructure, and politics are mutually constituted (Middle East, East Africa, and Latin America).

“Director Ghandour will infuse the School of Architecture with a new perspective,” said LSU College of Art & Design Dean Alkis Tsolakis, who served as the School of Architecture’s interim director in 2016–17. “His administrative and leadership skills and his many years as a practicing architect and professor combined with his global vision will help establish the school’s reputation as one of the best places to study architecture in the country.”

Visit architecture.lsu.edu for more information about the LSU School of Architecture.