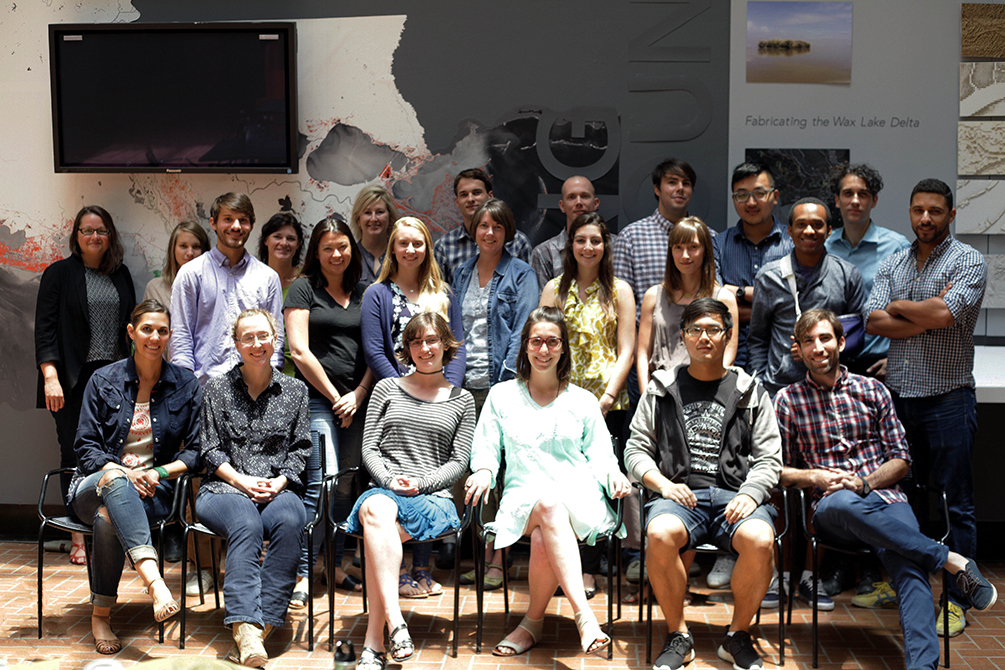 Graduates and undergraduate students from architecture, regional planning, landscape architecture, marine science, civil engineering, and more have come from across the U.S.—and the world!—to work in the LSU Coastal Sustainability Studio(CSS) this summer.

Each summer, CSS, a transdisciplinary program of the College of Art & Design, College of Engineering, and School of the Coast & Environment, hires motivated students for full-time, paid summer internships. Graduate students and upper-level undergraduates from a range of fields collaborate on a variety of projects from visualizations, exhibit design, and design competitions to policy initiatives and communications that address a multitude of environmental challenges faced by vulnerable Gulf Coast communities.

This year, CSS hired 14 interns hailing from right here at LSU to other such prestigious universities as Harvard and the University of California, Berkeley. Each student brings experiences from his or her university, region, community, and discipline, making for a lively dialogue. The interns work in teams on a number of ongoing projects in the studio. Under the direction of CSS’s team of research fellows and Associate Professor Jeff Carney, director of CSS, students are making significant contribution to coastal research and initiatives.