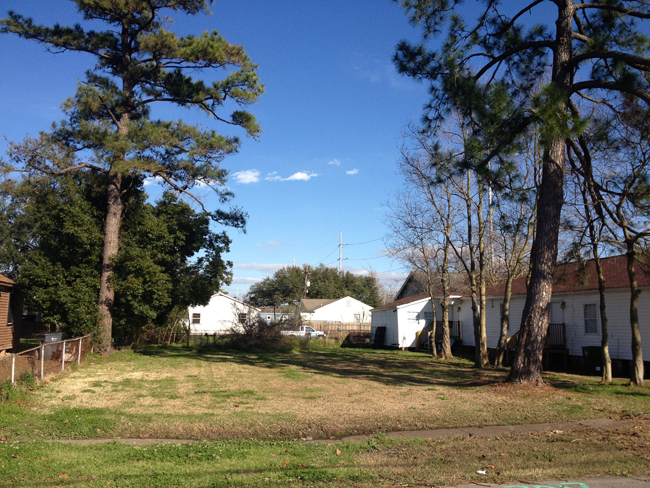 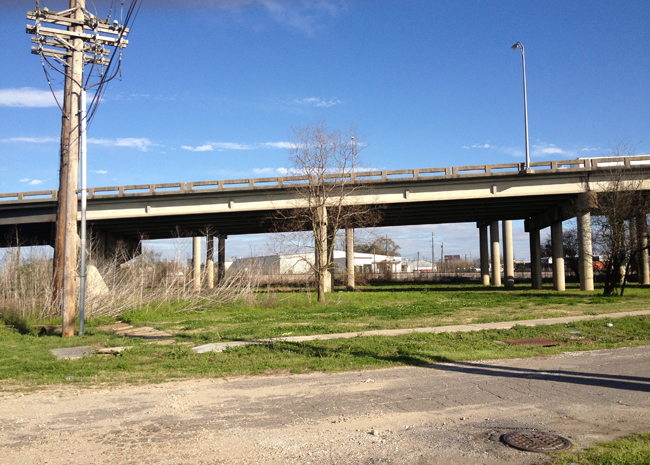 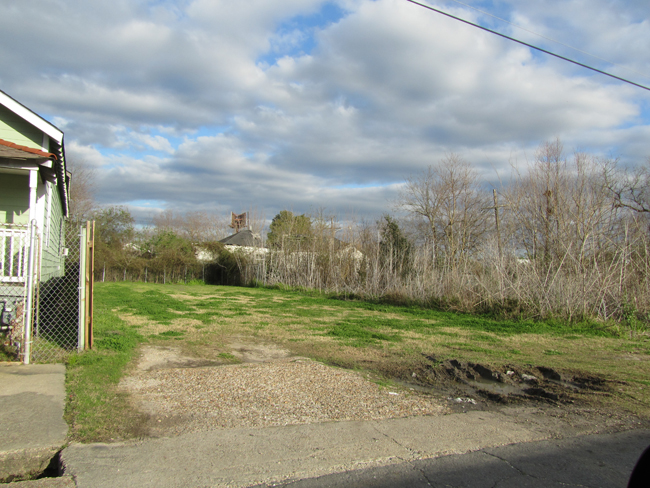 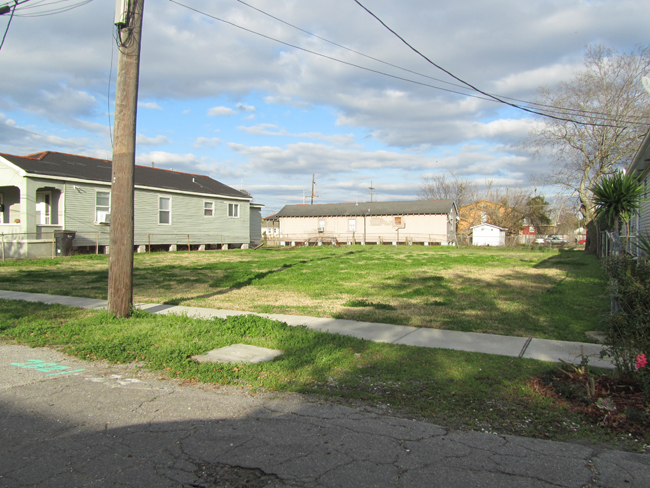 NORA owns approximately 2,300 vacant lots in New Orleans, which were transferred to NORA after the Road Home buyout program following Hurricane Katrina. NORA maintains each of these properties with regular mowing, and has partnered with landscape architects from LSU to explore strategies for enhancing some of these vacant properties by planting wildflowers, trees, and meadows and installing amenities such as fences and birdhouses. The goal is to beautify and stabilize neighborhoods still recovering from Hurricanes Katrina and Rita, improve ecosystem services on NORA properties, and help reduce NORA’s long-term vacant lot maintenance costs.

“NORA is committed to being a responsible steward of its properties. This project supports our efforts to reduce our long-term grounds maintenance costs while enhancing the streetscapes of our neighborhoods,” said Jeffrey Hebert, NORA’s executive director. “We’re very pleased to partner with LSU to develop and implement these cost-effective and aesthetically pleasing landscape designs.”

A February 2014 article on NORA’s website (noraworks.org), written by Chelsea Allinger of the Center for Community Progress, stated that “In 2010, New Orleans was five years post-Katrina, and it still bore many physical scars. The city faced 43,755 blighted homes and empty lots and an additional 9,356 houses that were empty but habitable, according to the Blight Reduction Report. Altogether, this means that nearly 25 percent of residential property in New Orleans was blighted or vacant, among the highest rates in the country.”

While that number has decreased by 30 percent since September 2010, NORA currently owns more than 2,000 of these vacant residential lots. Most are located in the neighborhoods most adversely impacted by Hurricanes Katrina and Rita. NORA is interested in developing more economical and environmentally sensible ways to maintain these lots, while improving neighborhood perception of how vacant lots are being managed and maintained. NORA’s current lot maintenance program consists of 18 cuts per year.

“We hope to introduce more productive methods of maintenance and will be testing a number of different strategies,” said Mossop.

“There has to be a balance between the ecological needs and neighborhood perception,” said Michaels. “In the end, we want to add to the value of these neighborhoods, and we want these lots to be seen as amenities by the residents.”

Mossop and Michaels are a good fit for this project as they have worked on a number of projects in the city since Katrina, including the New Orleans Schoolyard Project, through their role as directors of the Urban Landscape Lab (ULL) at the LSU Robert Reich School of Landscape Architecture. Founded in 2006, ULL is a research and service-learning center whose mission is to design and build projects in urban areas that promote the development of innovative, healthy, and environmentally sustainable landscapes and to provide hands-on learning opportunities for LSU students.

In 2013, Mossop led an advanced research seminar in which LSU landscape students researched vacant land management practices and solutions in several cities including Detroit, Cleveland, and Philadelphia. These shrinking cities, often referred to as Legacy Cities, are looking for solutions to deal with blight due to lost population, much like New Orleans after Katrina, Mossop said. “However, much like the students’ assignment, our focus for addressing the blight in New Orleans will be through landscape strategies.”

With the funding provided by NORA, Mossop and Michaels will test a series of 15–25 plots located in a variety of ecological conditions across the city, including lots at lower elevations that are prone to flooding and lots that are compromised by environmental justice issues—some are located close to freeways and overpasses. They will investigate ways these lots can function from an ecological standpoint by introducing landscape techniques that will better manage storm water, introduce urban canopies, and encourage biodiversity.

Some of the funds from the grant went to hiring a research associate, Michael Averitt, who received his Master of Landscape Architecture from the University of Texas at Austin. Averitt was selected out of a very competitive hiring process, Mossop said. Averitt will help Mossop and Michaels put together proposals for each of the test plots, which will be implemented and studied over the next two and a half years. The team will begin planting the plots this spring.

Creating more permanent wildflower meadows—similar to how some highways are managed—will be one method of treatment. The areas with lower elevations and nearby freeways will be planted with trees, such as native cypresses, to establish canopies that help increase biodiversity, slow down and filter storm-water runoff, mitigate pollution, and function as sound barriers. Mossop and Michaels are designing a short permeable fence for the front of the lots to deter dumping and further signal that the properties are being cared for. The research team will study the ecological performance of the test lots for two years, using the research and data they collect to develop a system to roll out across the city.

“The strategies we are proposing will go beyond what has been tried in other cities, partly because NORA is very forward thinking about management methods that are more economically and environmentally effective,” said Mossop.

The project is funded through NORA by the U.S. Department of Housing and Urban Development.