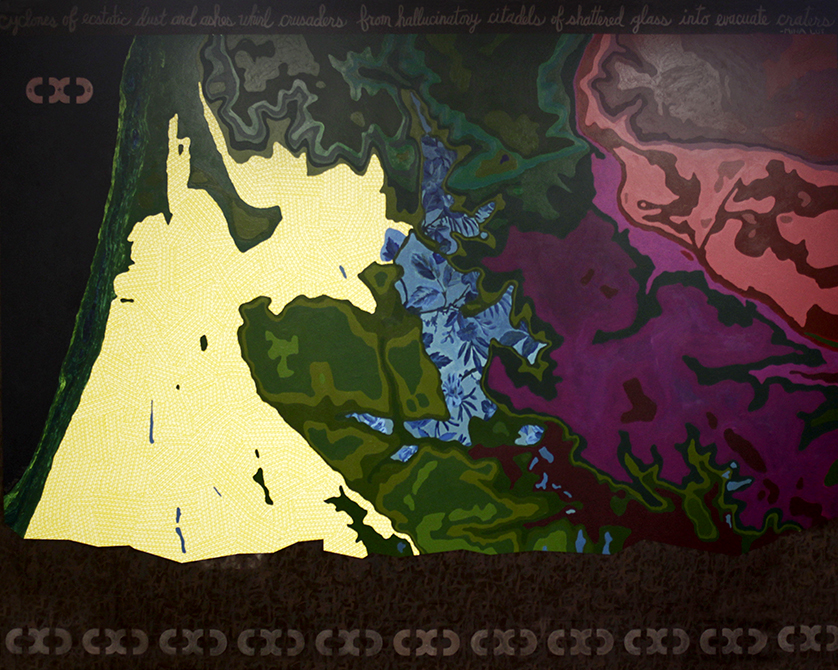 The mural in the CxC Art & Design Studio was painted by Raina Wirta (MFA 2013).

Wirta said her art is, “inspired by nature,” and the mural at CxC makes this notion apparent by bringing the subject of the mural to life with vivid colors and textual elements. The mural is reminiscent of a topographical map—Wirta collaborated with landscape architecture graduate student Matty Williams—and features the LSU campus and some of its surrounding areas in both paint and collaged tessellations. The concept for the mural also encompasses the four modes CxC certifies in courses designated as communication intensive: visual (mural and map), technological (laser-cut stencils), and written and spoken (with a Mina Loy poetry quote). This work is one of the Wirta’s newest, celebrated community works. 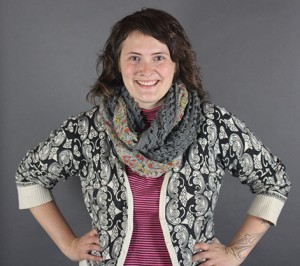 The mural is on display at the Art & Design CxC Studio in room 104A of the Design Building. CxC is accessible to all students and faculty and is open from 9 a.m. to 4:30 p.m. Monday through Thursday and from 9 a.m. to 4 p.m. Friday by appointment or walk-in. CxC offers many resources, including tutoring, which is available for student projects; portfolio development; and professional development endeavors, as well as classwork. CxC offers camera, audio, and lighting equipment for check out as well as a digital documentation area for students to photograph their work. Wirta’s mural is also a backdrop to more recent studio initiatives in 3D scanning and 3D printing.