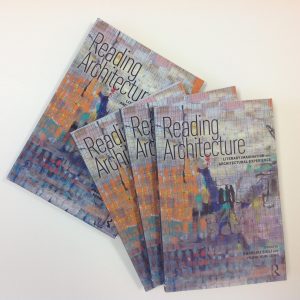 Angeliki Sioli, assistant professor of architecture, co-edited Reading Architecture; Literary Imagination and Architectural Experience, a collection of essays on architecture and literature published by Routledge in 2018.

The volume is comprised of 18 compiled compelling essays on the interconnections between architecture and literature. Sioli authored the article “Discovering ‘Paris and its Folds, Paris and its Faces’,” part of the collection. An international body of academics, architects and theoreticians develop a dialogue that relates fiction — novels in specific — to research, teaching and current architectural practices.

This book builds on the existing interdisciplinary bibliography on architecture and literature, but prioritizes literature’s capacity to talk about the lived experience of place and the premise that literary language can often express the inexpressible. It sheds light on the importance of a literary instead of a pictorial imagination for architects and it looks into four contemporary architectural subjects through a wide variety of literary works. Drawing on novels that engage cities from around the world, the book reveals aspects of urban space to which other means of architectural representation are blind.

Whether through novels that employ historical buildings or sites interpreted through specific literary methods, it suggests a range of methodologies for contemporary architectural academic research. By exploring the power of narrative language in conveying the experience of lived space, it discusses its potential for architectural design and pedagogy.

Questioning the massive architectural production of today’s globalized capital-driven world, Reading Architecture turns to literature for ways to understand, resist or suggest alternative paths for architectural practice. Despite literature’s fictional character, the essays of this volume reveal true dimensions of and for places beyond their historical, social and political reality; dimensions of utmost importance for architects, urban planners, historians and theoreticians nowadays. 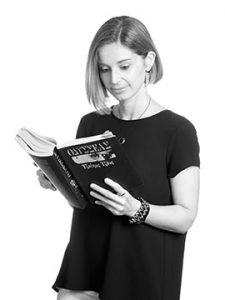 Her research seeks connections between architecture and literature in the public realm of the early 20th-century European city, focusing on aspects of embodied perception of place in the urban environment. Her research on architecture, literature, and pedagogy has been published in a number of books and presented at interdisciplinary conferences. She co-organized the International Architectural Symposium Reading Architecture; literary imagination and architectural experience in Athens in June 2015.

The volume is co-edited by Yoonchun Jung, currently assistant professor at the Department of Architecture of Kwangwoon University in South Korea.