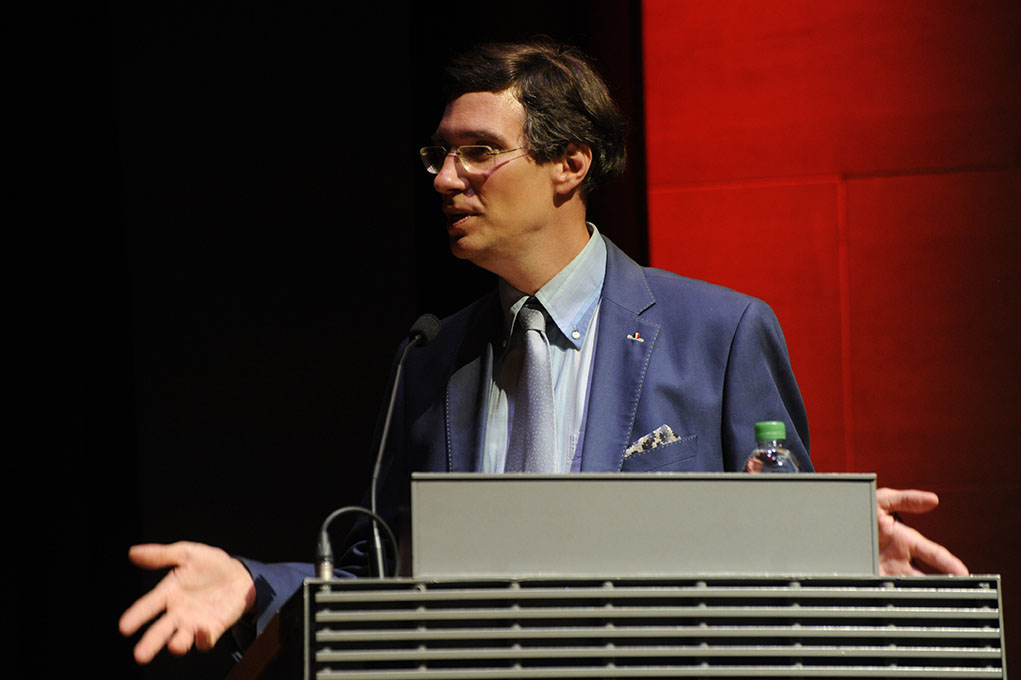 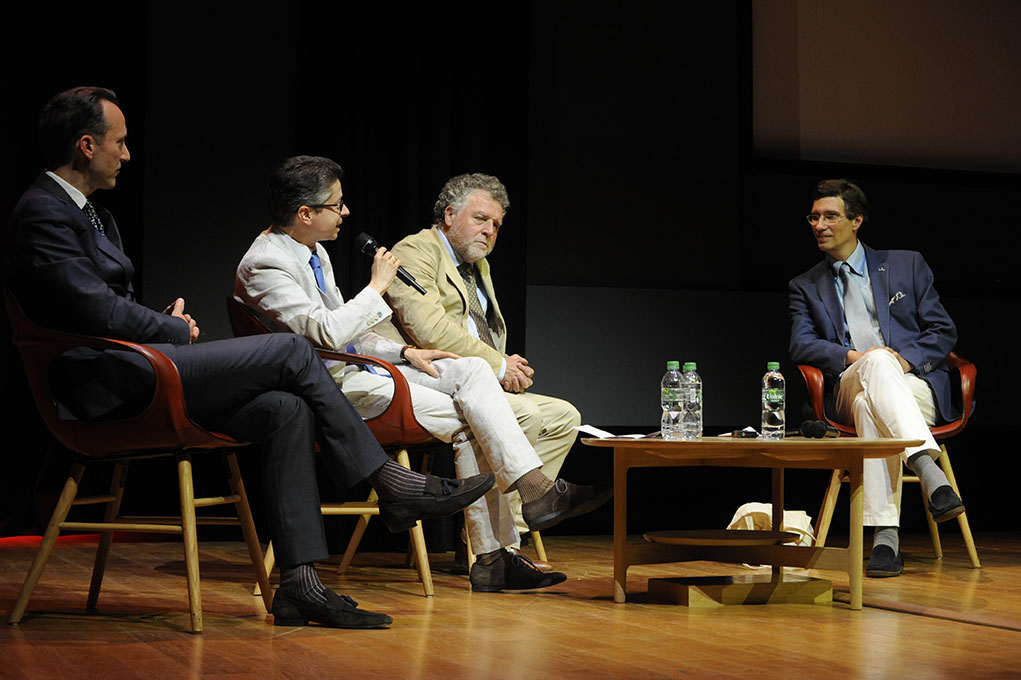 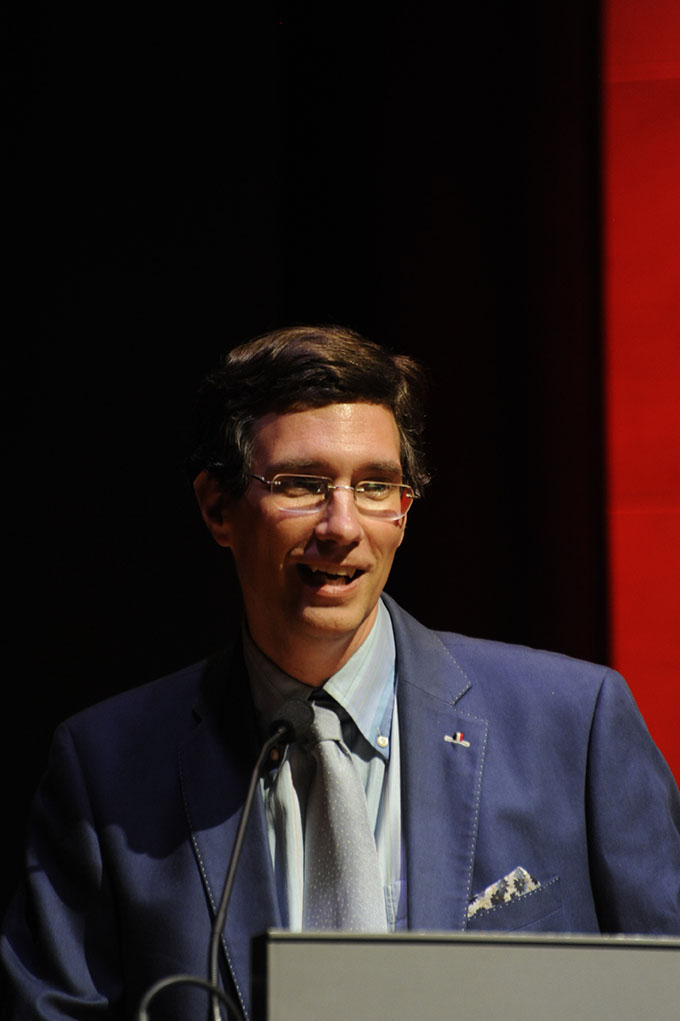 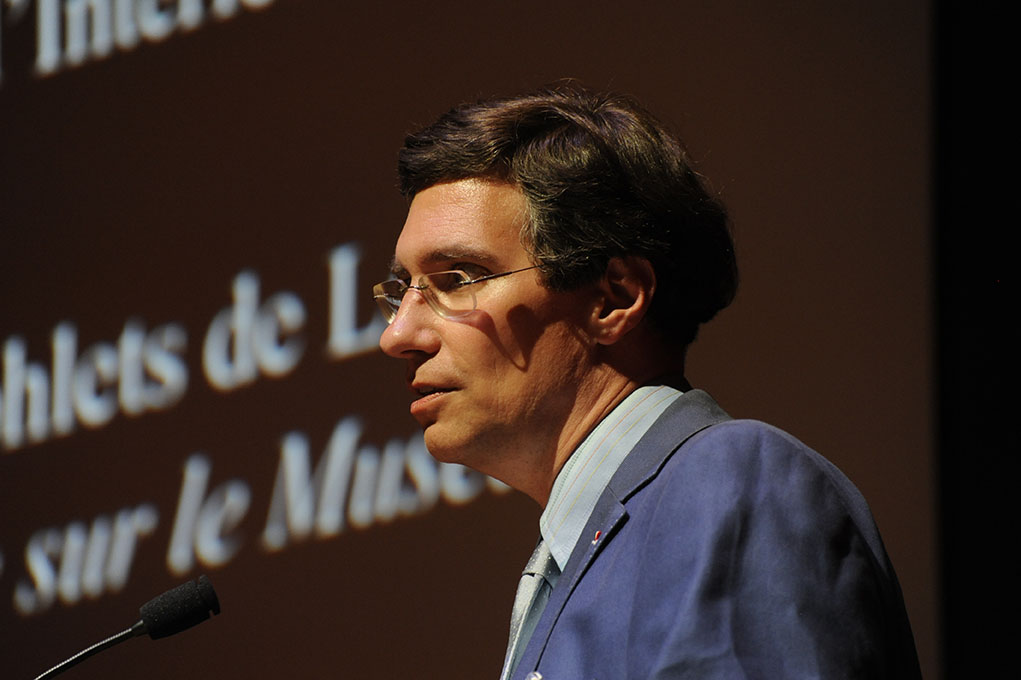 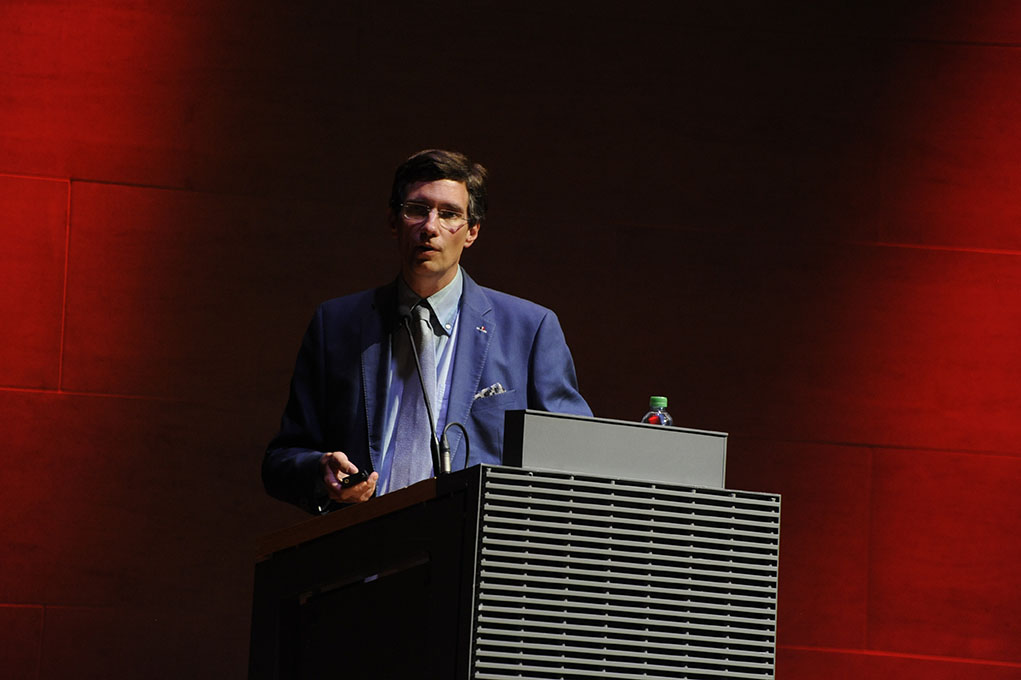 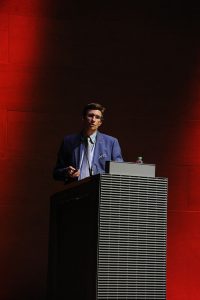 Upon invitation by the Amis du Louvre, LSU art history professor Darius A. Spieth presented his research, on 18th-century art merchant Jean-Baptiste Pierre Lebrun, at the world-renowned Louvre Museum in Paris, France on May 28. The talk was followed by a round-table discussion with Louvre curator Blaise Ducos and the Director of the Fondation Custodia, Ger Luijten.

Based on the findings revealed in Spieth’s recently published book, Revolutionary Paris and the Market for Netherlandish Art (Brill, 2018), his lecture retraced Jean-Baptiste Pierre Lebrun’s career. The event was held in the Great Auditorium of the Louvre, under the I. M. Pei pyramid, with a full, standing-room only attendance.

“The line between the commercial art world of galleries and auction houses, on the one side, and that of non-profit, public museums, on the other, is a rigid one today,” professor Spieth said. “Surprisingly, however, as my latest research reveals, an over-ambitious art dealer played a vital role in the organization of the world’s very first public art museum, the Louvre in Paris, upon its inauguration in 1793. Jean-Baptiste Pierre Lebrun was not only the leading art dealer of the Old Regime and the 1790s, but he was also the husband of the most important female artist of the eighteenth century, Mme Élisabeth Vigée-Lebrun, painter to the Queen Marie-Antoinette.”

Spieth’s research examines the art world of the Napoleonic age. His talk emphasized Lebrun’s role as art dealer to the Old Regime’s aristocratic elite, and described how a strategic alliance with Revolutionary painter and Jacobin politician Jacques-Louis David assured Lebrun’s survival and endowed the Louvre with its very first acquisition budget. Through this lens, Spieth discussed the birth of the Louvre Museum. 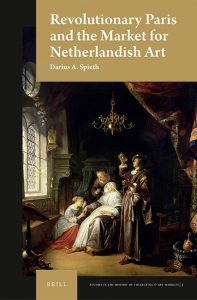 The lecture was sponsored by the Amis du Louvre, the Friends’ Group of the Louvre Museum. The presentation was by a panel discussion with Louvre conservator Blaise Ducos, whose 2017 blockbuster exhibition Vermeer and the Masters of Genre Painting traveled to the National Gallery of Ireland, Dublin, and the National Gallery of Art, Washington, D.C.; and Ger Luijten, Director of the Fondation Custodia, which preserves the collections, heritage and memory of Paris-based Dutch art dealer Frits Lugt. Luijten served formerly as curator of the print cabinet at the Rijksmuseum, Amsterdam. The research and publication of Spieth’s book was supported through grants by the National Endowment for the Humanities and the Fundation Custodia.

Spieth gave a book signing of his recent release Revolutionary Paris and the Market for Netherlandish Art, which is prefaced by Marc Fumaroli, a leading member of the French Academy. Learn more about the book.

In June 20, 2018 Spieth presented a talk at the Kestner Museum in Hanover, Germany, in tandem with the exhibition O Isis und Osiris on Ancient Egyptians and Freemasonry. Spieth contributed to the museum’s exhibition catalog.

Spieth is currently also editing the Grove Guide to Art Markets (Oxford University Press), anticipated to be published by the fall of 2018.