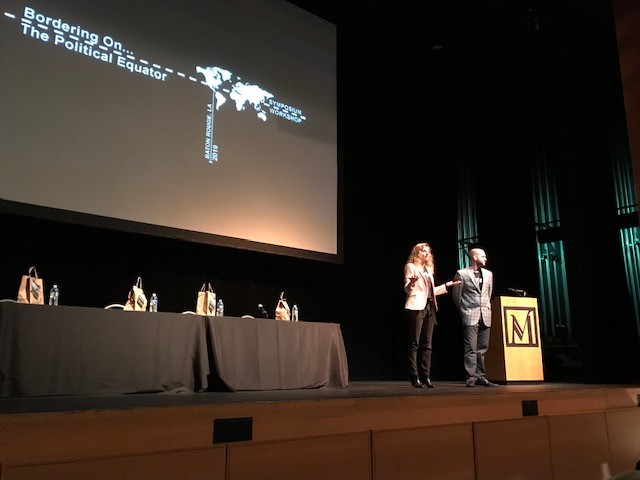 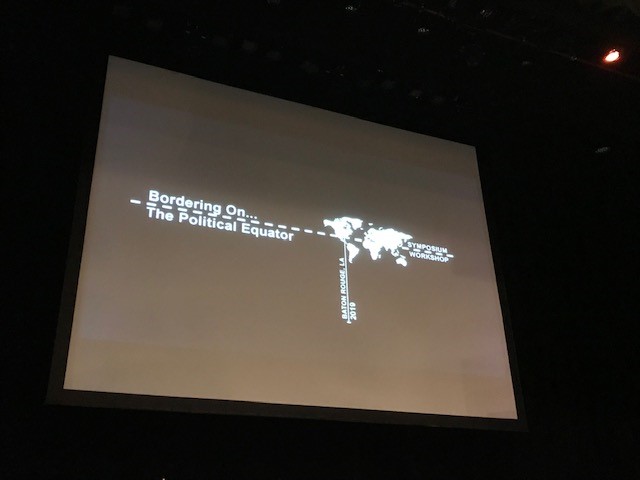 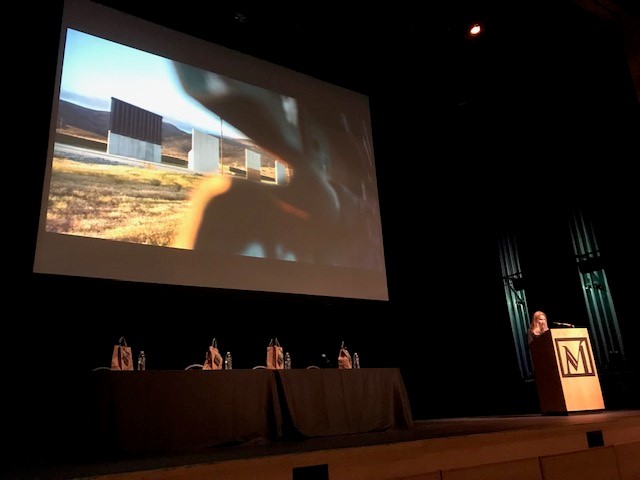 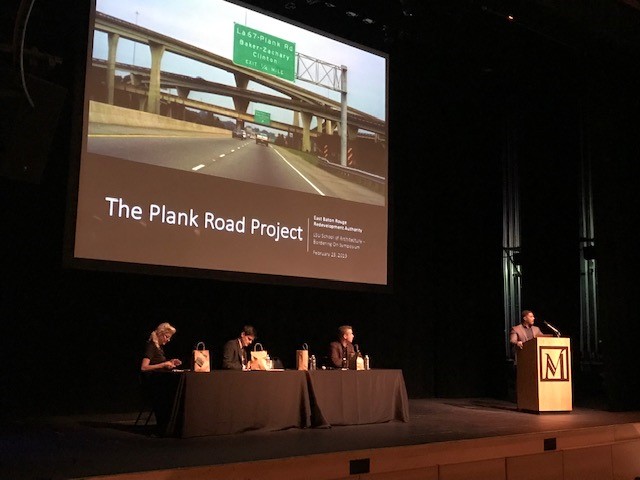 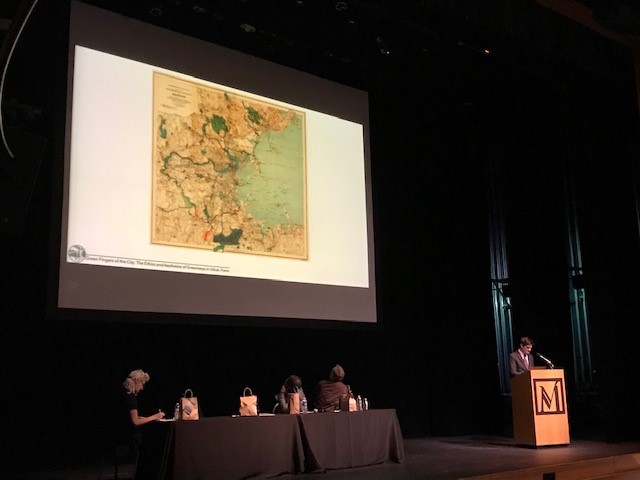 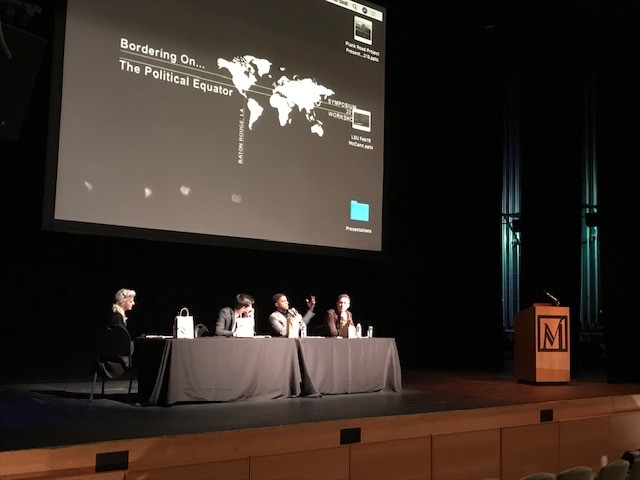 The LSU School of Architecture hosted the Bordering On Symposium on Saturday, February 23, 2019 at the Manship Theater, Shaw Center for the Arts in Baton Rouge. Organized by architecture assistant professors Kris Palagi and Angeliki Sioli, the symposium featured speakers with expertise in the areas of architecture, urbanism, political science, design, landscape architecture, art, geography, sociology, anthropology, law, and more, exploring concepts of borders.

“Borders can be tangible, solid, concrete, palpable, impenetrable, aggressive,” the organizers stated. “They can be implicit, abstract, undetectable, tacit, porous and soft. Spatial borders – visible or invisible – define our encounter with the world around us, from the small scale of the neighborhood to that of the nation. They define our engagement with the public shared place of human interaction, and shape our social, political, ethical and personal stand as architects and world citizens.”

“The convergence of geopolitical borders, climate justice, and poverty is the great challenge of our time,” Forman warned in her address. “Our world is veering dangerously away from human dignity.”

Forman’s work with urbanist and architect Teddy Cruz studied the San Diego-Tijuana border as a geopolitical site, the busiest checkpoint in the world and a microcosm of all the issues facing the globe. “Our work reimagines borders as a tissue,” Forman explained, describing how their research into geopolitics in the region has led to cross-border coalition and longterm partnerships between university researchers and surrounding communities. She then urged LSU architecture students to do the same: to think critically about how to connect with their own community to create positive change.

“The research symposium was unprecedented; never before have we hosted this kind of event,” said Alkis Tsolakis, Dean of the College of Art & Design. “It was a unique opportunity for scholars to meet with our students.”

“The symposium opens the conversation on what exists ‘past the buttressed, scavenged and policed’ understanding of borders in a local, national and international scale and aspires to look into borders as the possibility for a meaningful adjacency and spatial interexchange,” Sioli said.

“Being able to spend an entire day listening and talking to such a variety of people who has, in one way or another, addressed the issue of borders was amazing,” said MArch student Brittany Howard. “They came from so many different places, had different backgrounds and interests and it was fascinating to hear which kinds of borders they focused on, how they addressed it, and why.” 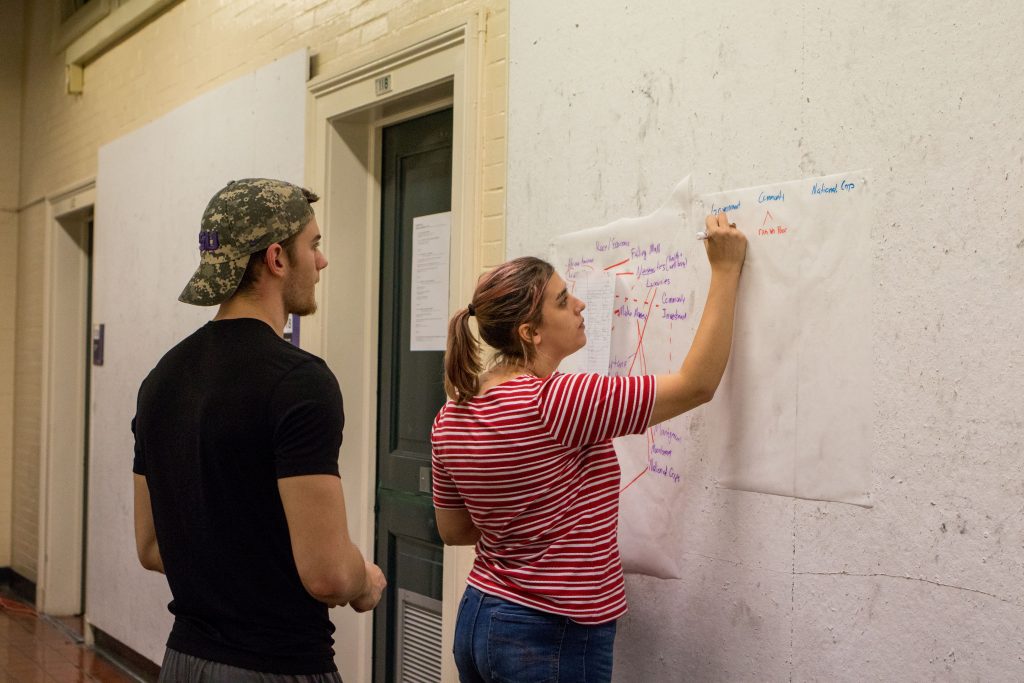 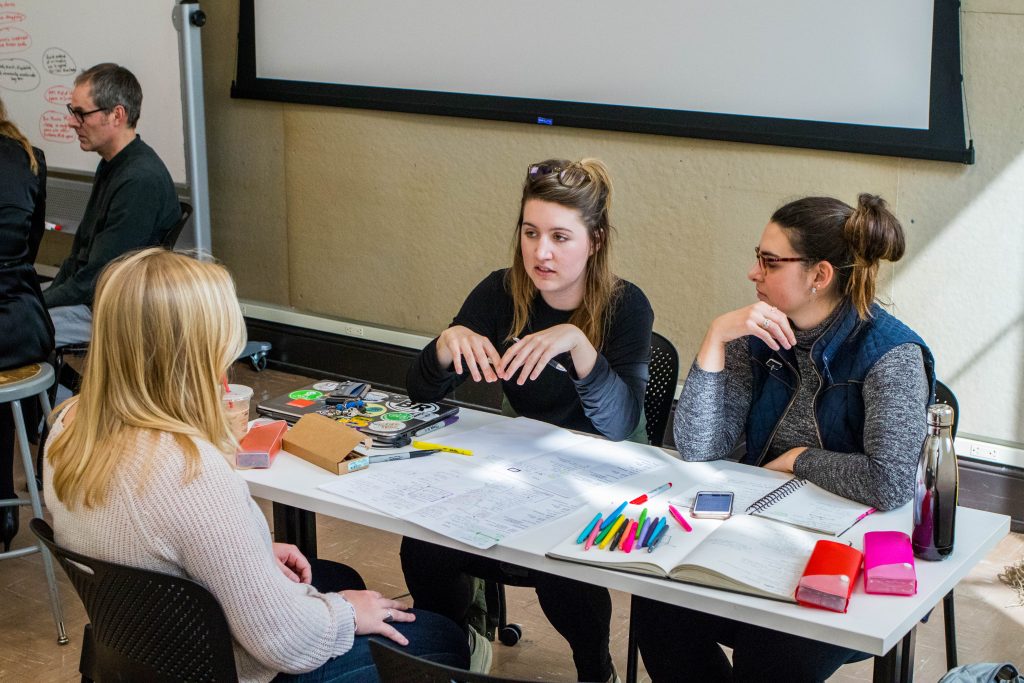 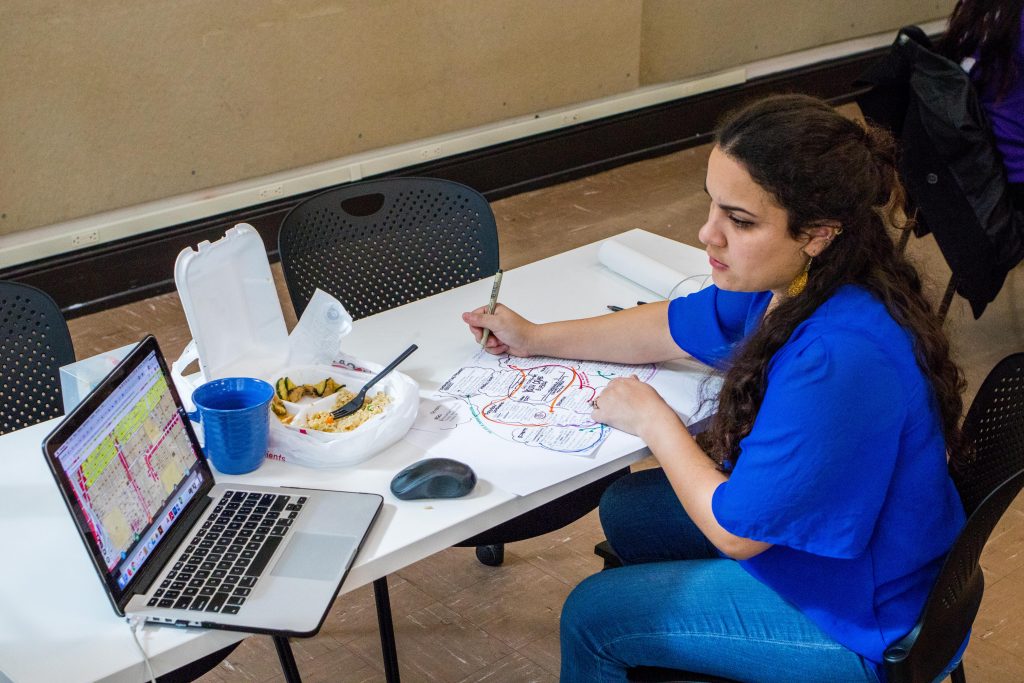 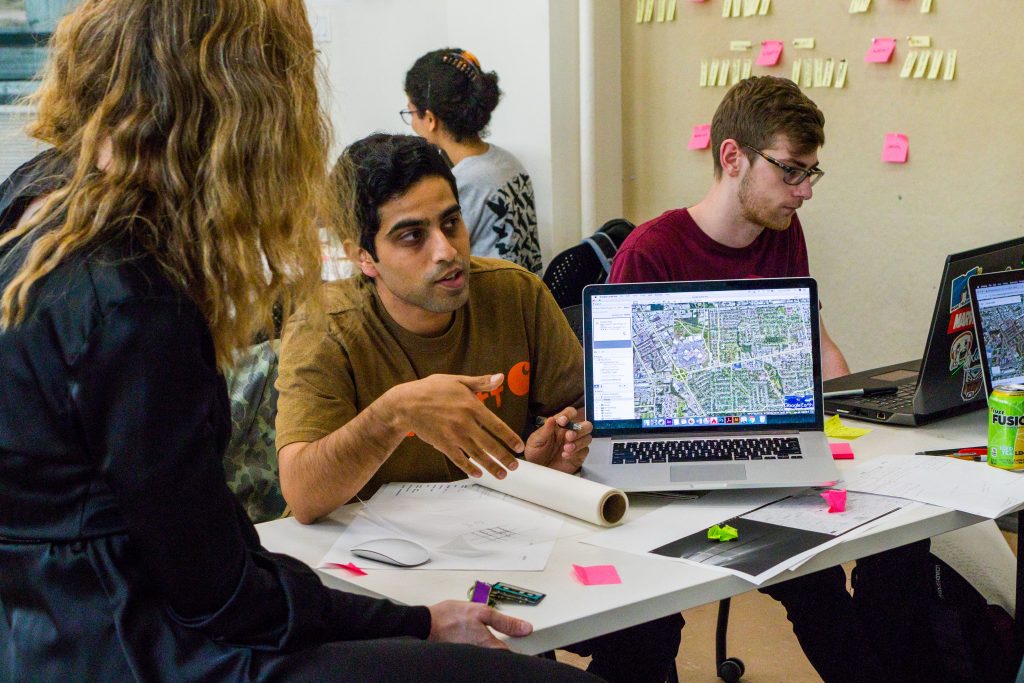 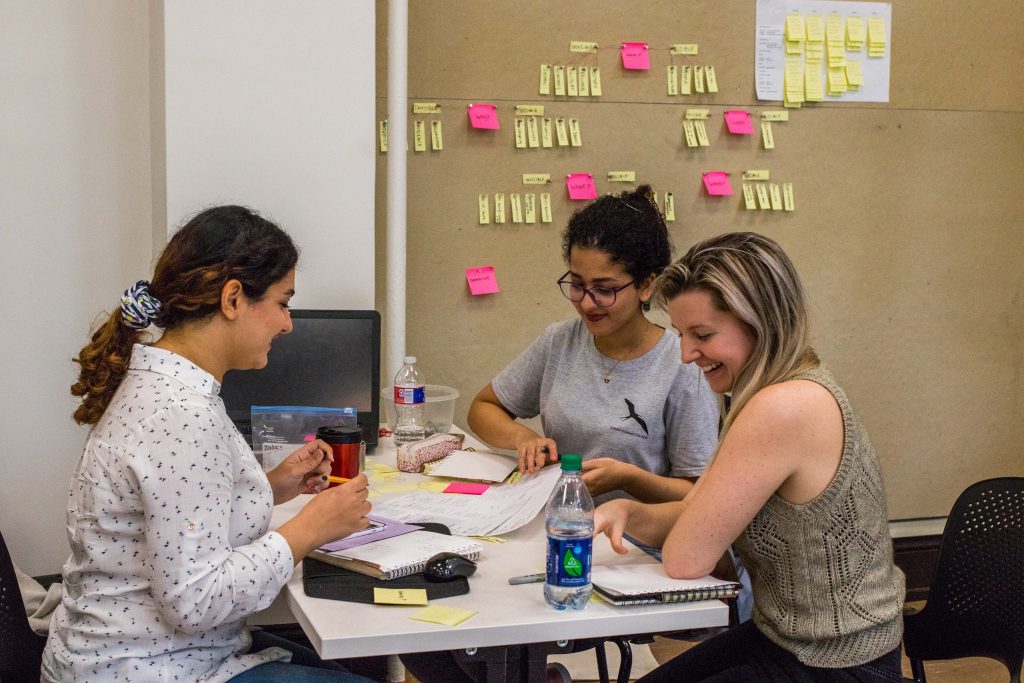 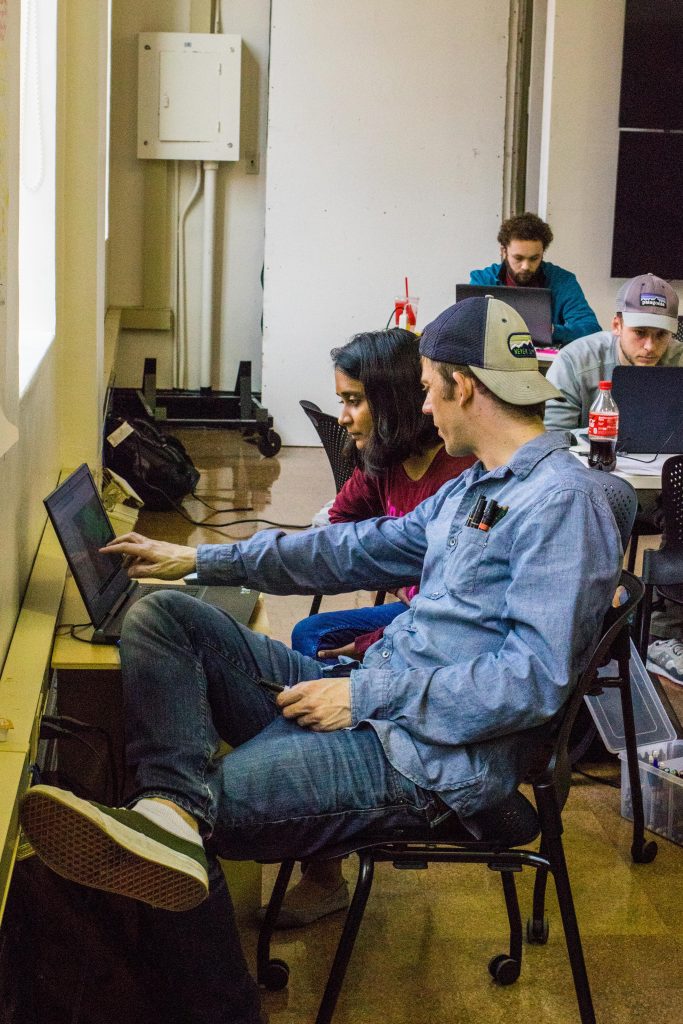 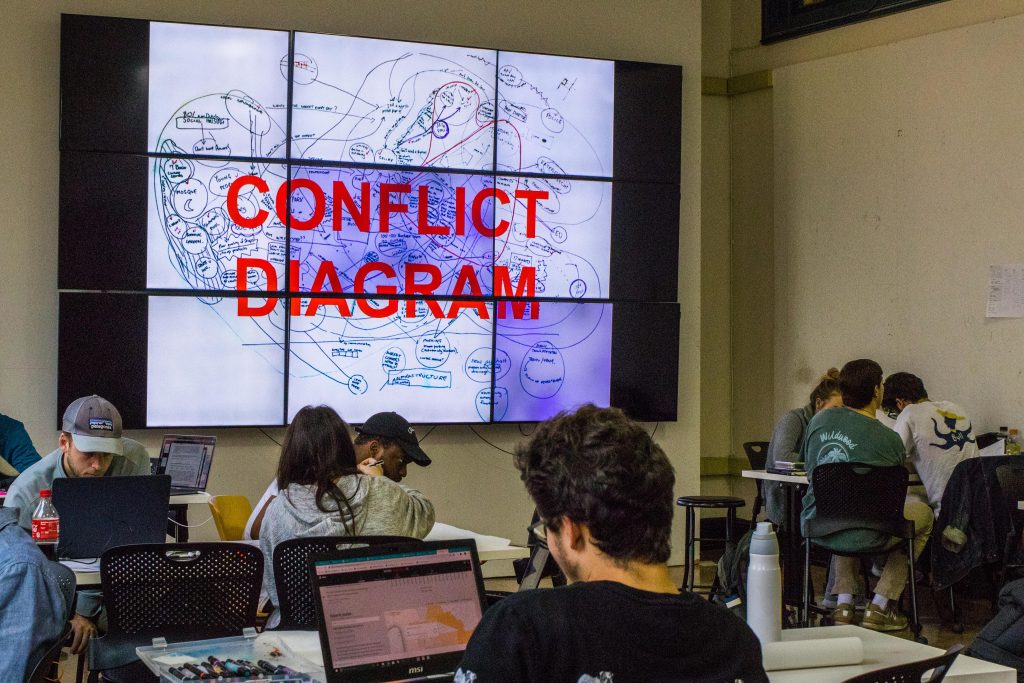 Professor Forman has conducted a workshop with architecture students in tandem with the symposium, exploring borders within the framework of an investigative case study. Architecture students analyzed communities in Baton Rouge to better understand the complex issues that border zones face.

Architecture students of all levels teamed up to study particular border zones in Greater Baton Rouge in the workshop, Professor Palagi explained. “The 30 groups each had a MArch student, 5th year, 4th year, 3rd, 2nd year BArch students, etc. working together,” he said. “This allowed students to bring different perspectives and skillsets, and let them have creative freedom, but also create really strong work.”

Architecture student were split into groups spanning all levels of studios and skills. “Together we created interventions to break down borders in some of Baton Rouge’s most divided and bordered areas,” Howard said. “Whether those borders were physical or metaphysical, students designed a plan and presented their ideas to visiting guests who then participated in Saturday’s symposium. We are beyond excited that we had this opportunity.” 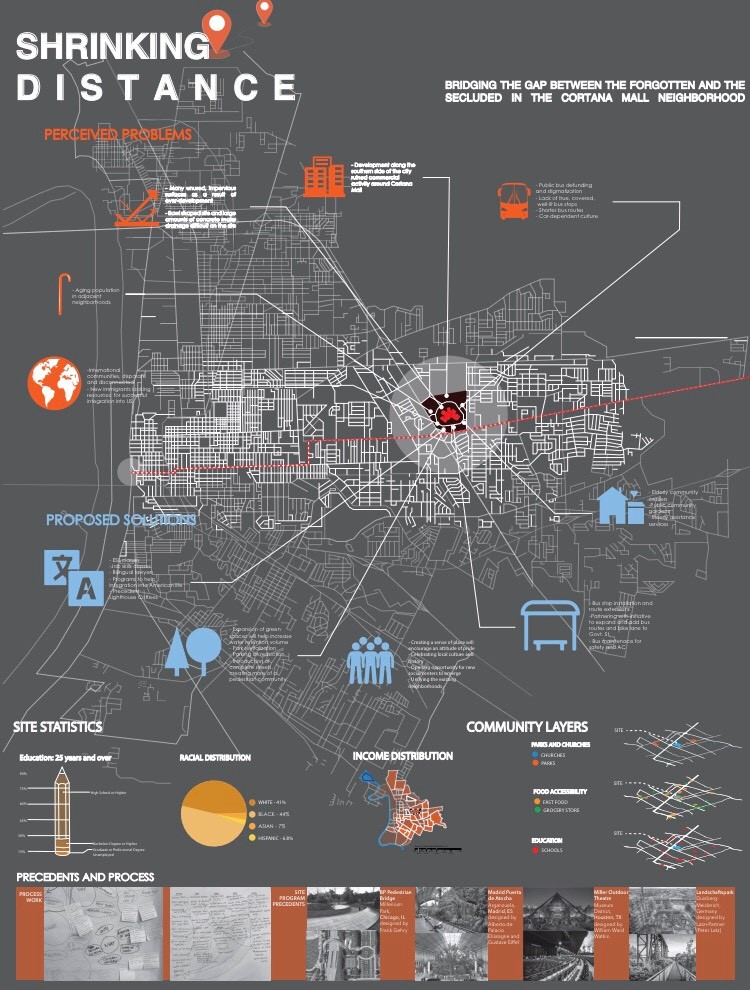 Student work from the Bordering On workshop

“The students first worked to understand the context: they needed to understand the many concerns – social, political, physical – present, investigating not just the data, but the individual needs,” Palagi said. “Only then can one make thoughtful recommendations for community change.”

“The students produced beautiful, critical work about your own city,” Forman said.

“Professor Forman was such a good speaker and having the opportunity to learn from her and to learn the way she analyses problems was an incredible opportunity,” Howard said. “To have her and all of the panelists here at LSU was really exceptional and I hope it is something we can continue to do in some capacity.”

“The idea is design as citizenry,” said Ursula Emery McClure, professor of architecture. “It comes down to our role as designers in our community.”